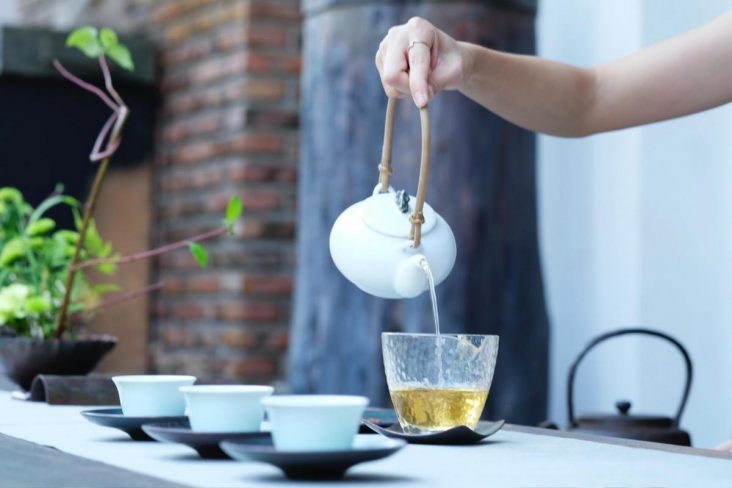 Tea has been one of the most consumed beverages in the world from several decades. Whether it is a small get together or an alone time in home, tea plays a very big role as a companion. Due to its popularity and high rate of consumption, today tea is vastly produced in different countries all around the world. Although the cultivation of tea is practiced by more than 60 countries the main region of tea production are Asia and Africa. So, let us dive deeper and see the top 10 tea producing countries in the world.

The people in the country of Iran has literally been in love with tea ever since it was introduced there in the end of 15th century. The tales regarding history of tea in Iran tells that prince Kashef discovered and learnt the secret art of tea cultivation during his disguised pursuit in India, as a labourer. He then implemented whatever he had learned together with few samples that he bought and started the cultivation of tea. Today Iran is included in the list of top tea production countries with the production of around 75,000 tonnes.

With the production of around 88,900 tonnes of tea Japan is another Asian country in the list. Due to the soil conditions and climate change it is possible to grow tea in almost any state of Japan, perhaps apart from region of Osaka and Hokkaido Island. Shizuka, Kagoshima, Kyushu and Miyazaki are few states where mostly tea are grown in the country of Japan. Even with this large production of tea, due to the extreme demand of tea in the native country itself the exporting of Japan tea is very low.

While coffee is the most popular hot beverage is South America, tea has established a true fan following in Argentina, because of bulk production of tea in the country. Misiones and Corrientes are the regions where tea is most specifically grown in Argentina. In 1920’s due to the experiment with crops which was insisted by the government of Argentina, tea was introduced. Yerba mate is the locally produced and most loved tea in the country. A lot of tea produced here is exported as the foreign exchange to the countries like USA, U.K and other European countries.

With the annual production of around 144,000 tonnes of tea, the Southeast Asian country Indonesia is 7th largest tea producing nation. Most produced tea in Indonesia is black and green tea which is introduced by the Dutch East India company in 1700’s. The variety of tea grown in the country have their origin from Assam India. The produced in Indonesia are known worldwide for their healthy nature, which is acquired from catechin, a direct phenol and antioxidant.

Vietnam is another Asian country with the tea production capacity up to 240,000 tonnes per year. The country got to know about the crop cultivation of tea through French who were colonial rulers at that period. Vietnam indulges in cultivation of wide variety of tea including black, green, white and a special flavour of lotus tea. Most of the tea cultivation is practiced in Yen Bai territory located in north part of Vietnam.

Turkish people’s love for tea is so immense that they consume tea almost every other hour of the day. Turkey grows 250,000 tonnes of tea every year and most of those is consumed by the citizen of Turkey itself, which makes the export of tea relatively less. Turkey specialises in producing Riza tea, also called as Turkish tea which is a kind of black tea. The main production of tea in the country takes place in a small area near the city of Rize, which is located in the black sea in the end of Turkey’s western coast.

Sri Lanka produces tea not just as a beverage, but as a great component of their economy. The production of tea is a main source of the livelihood for the people living in the Asian Island. Sri Lanka produces around 35,000 tonnes of tea annually. Kandy and Nuwara Eliya are the two main hotspots where tea is grown. Although Sri Lanka is a small country, but the amount of tea cultivated here is staggering. A lot of prime tea producing countries like Russia, UAE, Syria and even Turkey import tea from Sri Lanka. Tea production and exporting is a major economic activity for the Sri Lanka, as around 1 million people in the country are employed just because of tea.

Among all the Asian countries in the list of largest tea producing countries, African country Kenya has topped the list at 3rd spot. Kenya is the biggest producer as well as exporter of black tea in the world. Most of tea is grown in the territory of Kericho, Nandi and the Nyambene Hills. Kenya got acquainted with tea in 1903 by GWL Caine but was turned profit oriented in 1924 only by Malcom Bell for the company Brooke Bond. The annual production of tea in Kenya is 500,000 tonnes.

In India tea is popularly known as “chai”,. And it is safe to say that also considered as the national beverage of the country. The tea consumption in India is so high. Most part of cultivated tea is kept for domestic use and then it is exported to another countries. During the time of British empire, the bulk production of tea was started by East India Company. Without a doubt the famous Assam tea is popular all over the world. And that is the state where most of the tea is produced in India along with Darjeeling. The tea grown in the southern region of Nilgiri is also famous and vastly consumed. India is second highest tea producing country in the world with cultivation of more the 1,250,000 tonnes every year.

China is the largest tea producing country in the world. The country who gave birth to the discovery of tea and introduced the world’s most famous hot beverage. The country exports 40% of the total tea in world producing almost 2,400,000 tonnes annually. Yunnan, Zhejiang, and Guangdong are the main regions where tea plantation is done in China. Of course, being the largest producer and exporter of tea in the world. China grows some amazing green tea named, Green Gunpowder, Dragon Well tea and many other.