Barbie is the favorite of almost every girl in the world – they love her, enjoy dressing her, and in fact, want to look like her. Not only children, there also are many adults who love Barbie and have a good collection of the doll itself and her accessories too. It is true that Barbie dolls are slightly more expensive than the other dolls, all thanks to their popularity, but you perhaps do not know that there are many Barbie dolls that are way more expensive than you can imagine, and 10 such Barbie have been mentioned below.

The Top 10 Most Expensive Barbies in the World. 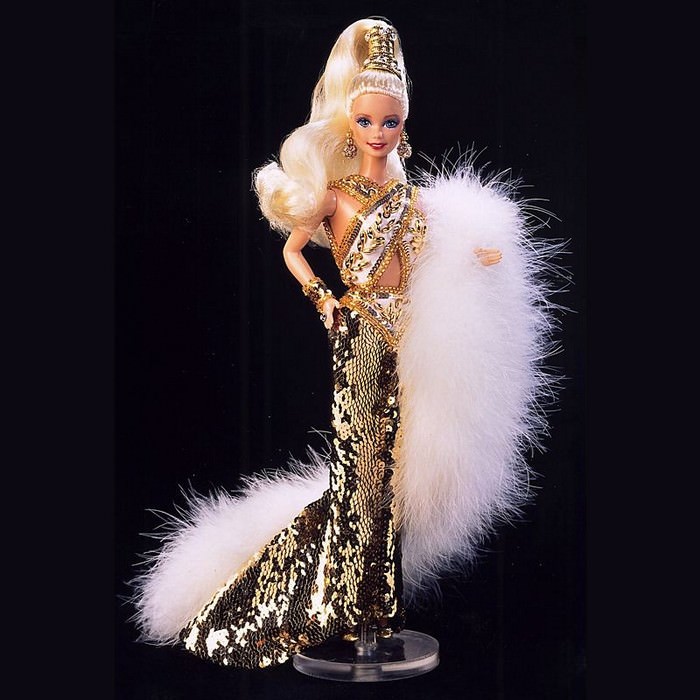 Bob Mackie, a popular fashion designer, designed and released just a limited edition of this beautiful Gold Barbie. The golden doll also bears the signature of the designer, which makes it all the more unique. Officially released in 1990, the beautiful Gold Barbie wears a gorgeous gold sequined gown with a feathery soft white boa. Her platinum blonde hair has been tied up in a high pony and is adorned by a golden matching headpiece. She also wears golden earrings and bracelets to complete her look. She looks absolutely stunning and you can own her in a new box for $150. 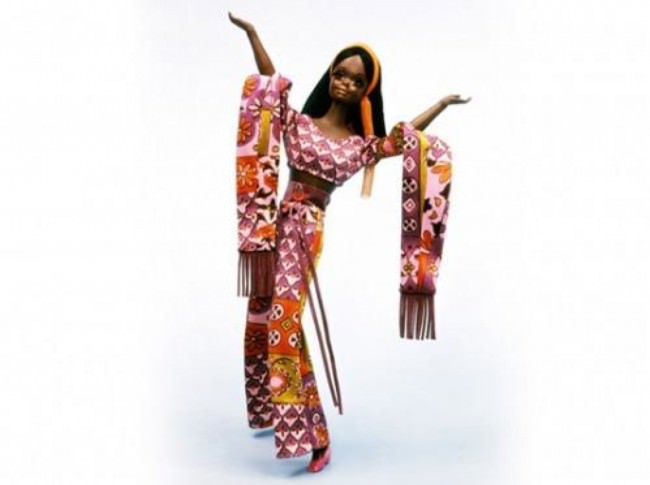 This is the first ever African American Barbie that the company designed. It was released first in 1968 dressed in a beautiful fuchsia and orange print pantsuit. She is accessorized with a pair of gorgeous orange heels and an orange headband. Unlike most other Barbie, the Live Action Christie has flexible limbs. Her elbows, ankles, and knees can bend and her waist can swivel, making it all the more attractive. This flexible Christie Barbie can be yours for $300. 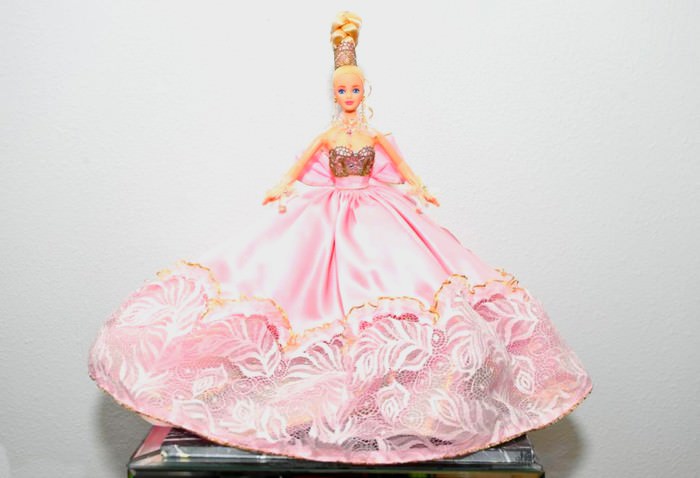 Released first in 1997, just 10, 1000 copies of this Barbie has been made and distributed. Originally it retailed in the stores for a whopping $900. She wears a dreamy rose color silk gown that has gold lace delicate trimmings. Even her ornate bodice has stunning gold lace over an intricate layer of pink taffeta with gleaming rhinestones. She also wears a beautiful crystal necklace together with matching crystal earrings. This beauty can lure any Barbie collector and is worth a minimum of $350 today.

Though this Barbie set does not come with the doll but it still will attract any Barbie collector and will cost you a big amount. It is different from the usual Barbie products and has a beautiful outfit for Barbie and a pet. Her white kitty cat has a pink stitched nose and blue beaded eyes, and the set also has a floral colorful polka dot patterned skirt, a long sleeved top, and a pair of shorts. The set even has a bowl of food for the cat and lace-up boots for Barbie. The present price for this set is around $500.

It was released in 1964 and has three dolls, Barbie, her best friend Midge, and Barbie’s boyfriend Ken. Barbie is dressed in a long sleeve red shirt with gold trimmings and a white short skirt. Right beside her is Ken wearing a white uniform with red long pants. The set also includes Midge who is dressed in a white boat-neck wool sweater and a knee-down red skirt. Also are included uniform hats, marching batons, and two white and red pompoms. Though difficult to find, the set will cost you a minimum of $600.

Designed and created by Devi Kroell, a New York designer, for a charity event, this Barbie got sold for $1075. She is dressed in a fashionable overlong stylish sweater that has a cute knot at its front. The doll also wears a pair of gold snazzy pants with shimmer and glow. One hand holds a red leather purse and the other sports a silver and black bracelet. Her hair is slicked to the back and the doll also wears elegant high heels that complete her look perfectly.

Lorraine Schwartz, a New York-based jewelry designer designed this Barbie and she flaunts a gorgeous diamond jewelry worth more than $25,000, and it includes diamond trimmed heels, stunning bracelets, beautiful hanging earrings, and a ‘B’ pendant around the waist. Just 12 of such dolls were made, making it a very rare piece. Barbie here is dressed in a tight-fitting black tube dress that makes her look all the more gorgeous. The doll was sold in an auction for just $7500.

The first Barbie ever created, the original one, is sought after by many collectors. It was introduced in 1959 dressed in a white and black bathing suit. 350,000 units were released then with white irises and arched eyebrows. One thing that makes her different from the other Barbie dolls is that she has holes on the feet, and has no marks on the back of the head. Though Barbie has been recreated many times, the original one holds the greatest value.

This one was made to celebrate the 40th birthday of Barbie in 1999. This anniversary doll wears a flowing twilight garb just like a gypsy dancer, flaunts white gold jewelry, and has a waist belt with 160 diamonds from the popular jeweler “De Beers”. This is believed to be one of the most expensive Barbie ever and was lost sold for $85,000 in an auction.

Stefano Canturi, the fine jewelry designer designed this piece that presently holds a price tag of $300,000. This Barbie wears an upscale jewelry set including Stefano’s ‘Cubism-style’ necklace that has been designed using three carats white diamonds and one carat of very rare pink emerald cut diamond. She also flaunts an iconic diamond ring of the company on her right hand. Be it her gorgeous black dress or her perfectly done eyebrows this Barbie looks stunningly beautiful and would leave everyone wanting one. This Barbie was auctioned off for $300,000 in New York and the proceeds went towards the Breast Cancer Research Foundation.

Each of these Barbie dolls is stunning, gorgeous, and if you are a Barbie lover it will become hard to resist your temptation. If you can afford one, sure add it to your collection, else be happy learning about these beauties.