Also known as the “rainforest of the sea”, coral reefs support about one-third of marine life. These amazing underwater structures take many years to build. Unfortunately, due to natural and man -made threats, their number today is vanishing at a very alarming rate. Have a look at some of the most alarming ways we are losing our coral reefs. 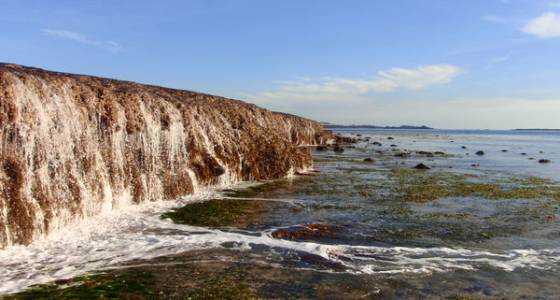 For years, the coral reefs in the Belizean lagoon are under the observation of Richard Aronson and his team from the Florida Institute of Technology. They estimated that the reefs were about 8,000 to 9,000 years old.

However, in May 2009, a 7.3 magnitude earthquake rocked the western Caribbean wherein half of the coral reefs were ravaged. Before the disaster, the reefs were still recuperating from earlier damages due to diseases and coral bleaching. Worse, the corals were not firmly attached to the lagoon walls, so a large part of the reef had been easily destroyed by the avalanche.

While the coral reefs can make a comeback, Aronson and his team estimated that it may take about 2000 to 4000 years before they can fully recover. 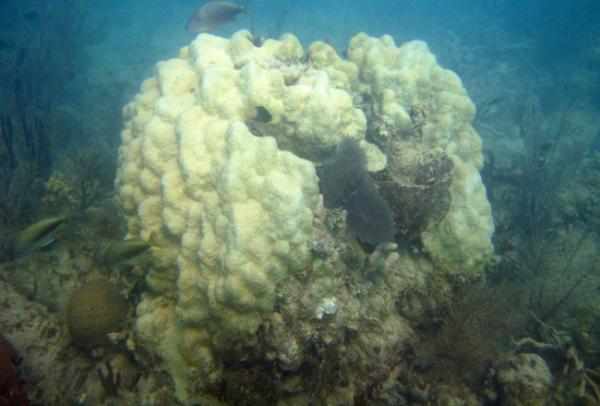 Due to the warming of the seawater, corals are forced to expel the symbiotic algae that live in their tissues. This makes their color turn white, a reaction better known as coral bleaching. While coral bleaching usually occurs due to high temperature, extreme low temperature can also trigger this phenomenon.

Florida is the home of one of the largest coral reefs in the US. But in January 2010, the state had suffered from the meanest cold weather in history since 1940. It caused serious damage to crops, but more so in the coral reefs underwater. It was noted that the water temperature in some areas dropped to a dangerous 51° Fahrenheit.

When ecologist Diego Lirman and his team examined the Florida Reef Tract after the devastation, they were shocked to find high death toll in corals. The reefs suffered from a large-scale coral bleaching that killed many species, including the century-old Montastraea. 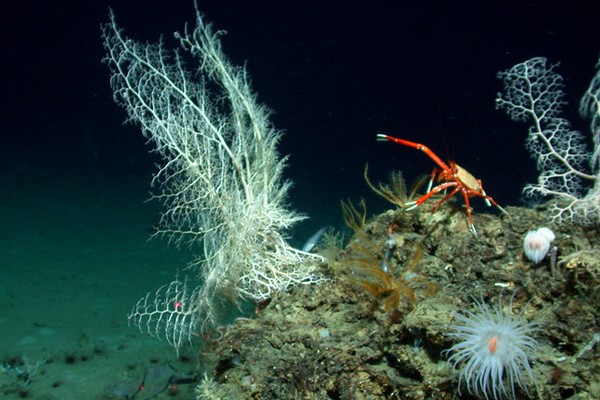 The explosion of the BP operated oil rig near the Gulf of Mexico shocked the world in April 2010. The incident injured many workers and caused one of the worst oil spills in the history.

After the disaster, scientists are immediately concerned about the effect of oil plumes in the coral reefs lying underneath. These plumes are hazy globules formed by the mixture of oil, natural gas and a dispersant called Corexit. They do not float in the surface; rather, they settle on the sea floor.
Due to lack of funding, there are no prior studies that thoroughly explain the danger of oil and dispersants to marine life living in deep water. But experts are quick to evaluate the possible damages they can cause. They believe that oil plumes can inflict harm by suppressing oxygen supply, thus, suffocating the corals. They also believe that toxic plumes can also destroy the coral’s ability to reproduce. 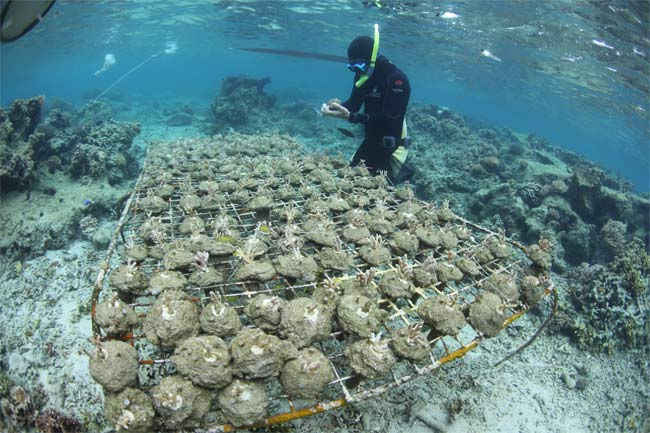 Seaweeds may look harmless, but they can actually be deadly to corals. Many species of killer seaweeds can be found in the Pacific Ocean and Caribbean including Chlorodesmis fastigiata. They possess certain chemicals that when released can cause bleaching to the corals nearby.

The purpose of the natural chemical is uncertain, but experts have hypotheses. They think that the seaweeds release them to protect themselves from microbial infection. Another is that they use it as a weapon against other seaweeds. It is evident however, that corals react negatively when exposed to these chemicals.

As we are losing our coral reefs due to major issues like climate change and overfishing, the added threat from this natural enemy may even hinder their recovery. 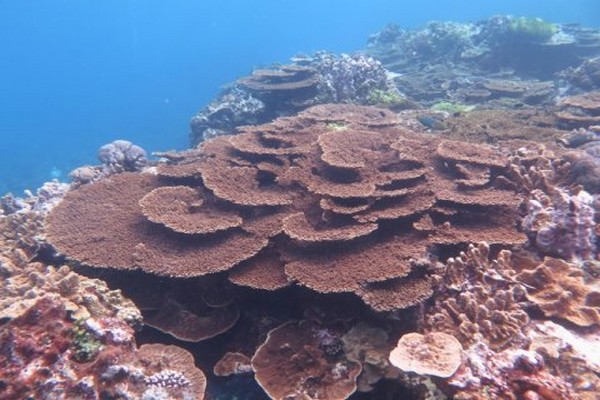 A piece of plastic thrown into the sea can pose serious problems to aquatic animals including corals. Micro-plastics are particles small enough to be ingested by plankton-eating animals. These tiny fragments are dangerous when consumed, as they are indigestible.

To study the effect of micro plastics in coral reefs, a group of researchers took sample corals from the Great Barrier Reef and placed them into a plastic polluted water. They examined the corals after two nights and they indeed found plastic particles stuck in their stomach.

Corals usually get their food from the algae that live inside them, but they also feed on zooplanktons and other microorganisms in the surrounding water. The fact that they can also eat plastic particles is alarming. It may have negative effects on their digestion, which is a threat to their survival. Micro plastic pollution can affect vast coral reefs which can be detrimental to the marine ecosystem. 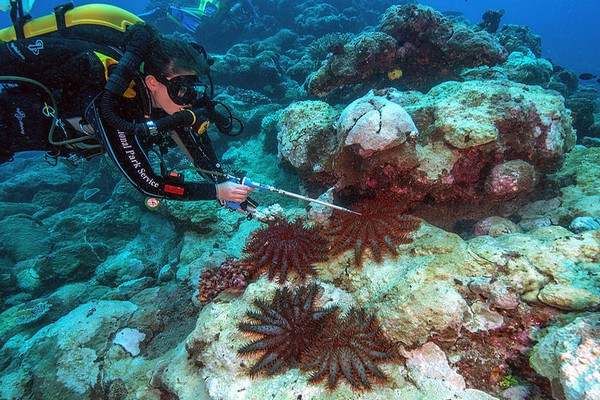 The Crown-of-thorns starfish is perhaps the number one predator of corals on the Great Barrier Reef. They are covered in venomous spines and can be widely found in the Indo Pacific Region. For over 30 years, these invertebrates feed on the sensitive corals, resulting in almost half of the reef’s losses.

While these predators can help balance the population of fast growing corals by feeding on them, an outbreak of starfish is a more serious case. During the spawning season, a female starfish can produce 65 million eggs. The young starfish may have few predators, so they have a high chance of survival to adulthood. With high competition for food, it is unsurprising that many corals would end up as meals for these vicious hunters.

Fortunately, the Australian Government has taken several measures, both short term and long term, to control the outbreaks in the Great Barrier Reef. 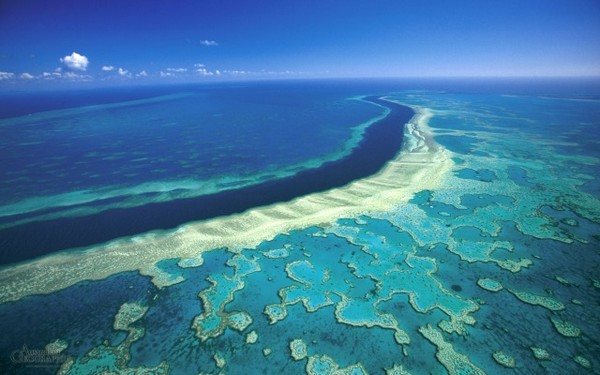 The impact of the colliding ship is enough to cause major injuries to the marine habitat. However, it is usually just the start of the problem. Aside from the immediate threat of oil spill, the attempts normally done to rescue the grounded ship are often more destructive. The acts of anchoring, towing or dredging can result to further coral damage, to which they may never recover.

Food wastes and sewage coming from cruise ships are also harmful to marine life. According to an EPA report in 2008, these wastes are making the ocean acidic allowing toxic algae blooms which can poison the corals. 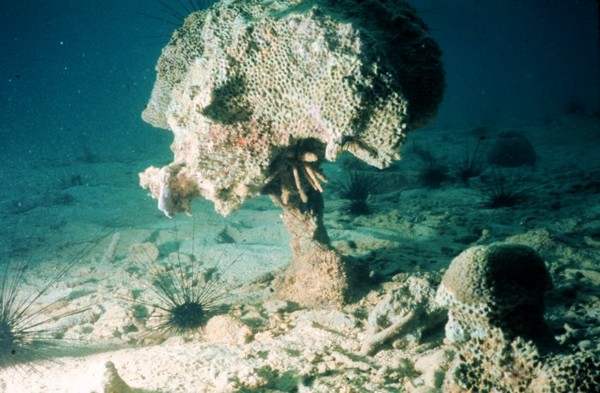 Overfishing is the leading cause of the extinction of many aquatic animals and possibly the most destructive man-made threat to coral reefs. Excessive fishing can disrupt the balance of marine ecosystems. Moreover, the fishing methods that are being used today can gravely damage coral reefs. For an instance, bottom trawling can crush corals to pieces due to the powerful machines that are being dragged along the seafloor to scoop fish. Corals are also collected using cyanide, so they can be put in aquariums or served in restaurants. Dynamite fishing is also rampant, where a single blast can kill multiple creatures underwater.

While there may be laws to counter overfishing, this practice is still prevalent. If we will not stop taking more than what we need, the extinction of the coral reefs may happen very soon. 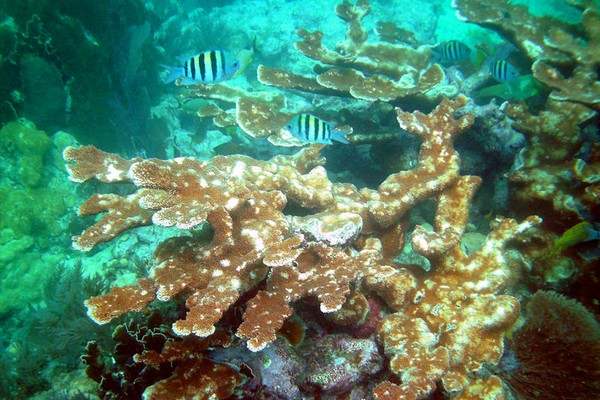 The species of Elkhorn corals once thrived in the Caribbean and Florida Keys, but a disease known as white pox had decimated its number by 90% within the span of 15 years.

The disease was caused by deadly pathogens called Serratio marcescens. These pathogens are normally found on fecal wastes from humans and other animals as well. The disease creates white patches that can destroy the coral’s tissues, leaving its skeleton exposed and vulnerable. Sick corals are characterized by excessive mucous secretion, pungent smell, and fragmented dead tissues which lift off from their body. Death within the next 24 hours is imminent.

The exact source of the disease had been a mystery for some time, but researchers finally found the culprit – faulty septic tanks. The leaks from the tanks managed to seep through the bedrocks to the ocean nearby. Sea snails then carried the pathogens, spreading the disease from coral to coral. 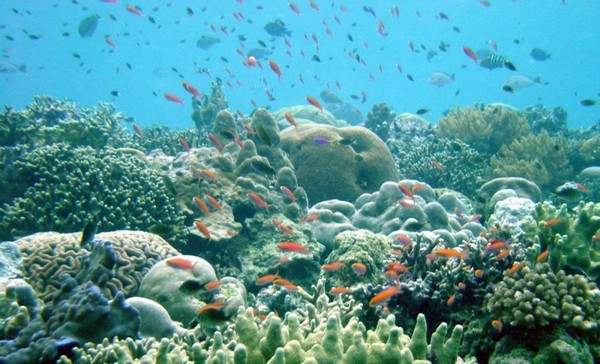 A recent study says that it will only take one drop of sunscreen to cause massive bleaching in the nearest coral reefs. It is due to the ingredient called oxybenzone, a highly toxic compound that is normally found in sunscreen lotions produced by many big companies.

Poisoning of corals can happen in many ways. Many tourists can pollute the water by applying the sunscreen on their skin. When they swim, they usually leave oil slick in the water that can reach coral reefs. People who do not even go to beaches may unknowingly harm the corals whenever they apply these products. Every time they shower, the wastes are normally flushed to a body of water which can be deadly for marine life.

This discovery proves that we are causing more damage to coral reefs than we realized. But, there’s always something we can do to help. For every environmental issue, having awareness will be a good start.