Graveyards and cemeteries are burial grounds and are mostly considered creepy places. Many of them have spooky stories of paranormal activities and encounters involved. This is quite natural, considering the fact that a burial ground is all about the dead and the unknown. But the spine-tingling creepy factor of burial grounds is not solely tied to spooky sightings. Many are known for their strange decorations, architecture or history that set a haunting ambience that hardly has anything to do with ghostly experiences, but sets a mysterious, scary mood. Let us take a look at some the Creepiest Cemeteries or Graveyards in the World. 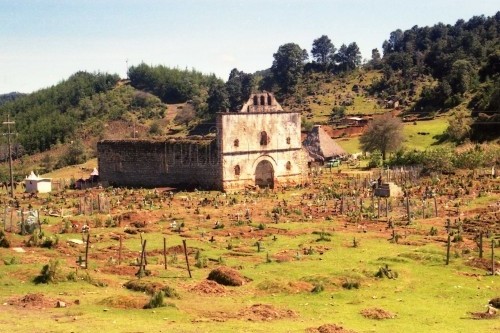 The Chamula Cemetery of San Juan Chamula in the southern Chiapis state in Mexico was intended to be a Catholic church in the 1960s when the full-time priest left, with no formal mass held ever since. It has rows of raised graves, with thousands of bodies. A priest from a neighbouring village visits once in a while for baptisms, but mostly, local shamans occupy it to give out potions and advice. Healing ceremonies are held here, and sacrificed chickens lie around in this creepy cemetery. 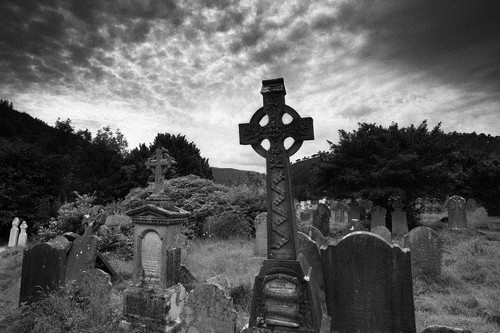 Nestled within the mountains away from Brotherton Mountain Road in Tennessee is the Stamps Cemetery which is known by its nickname, The Witches’ Graveyard, because of the spooky features like the tent-like rock slabs where the body is buried, headstones with stars, pentagrams or strange marks, etc. The local explanations like the illiterate Mr. Stamps who used the pentagram instead of X to sign his name, and similar folklore, do not explain random animal sacrifices found in the grounds. 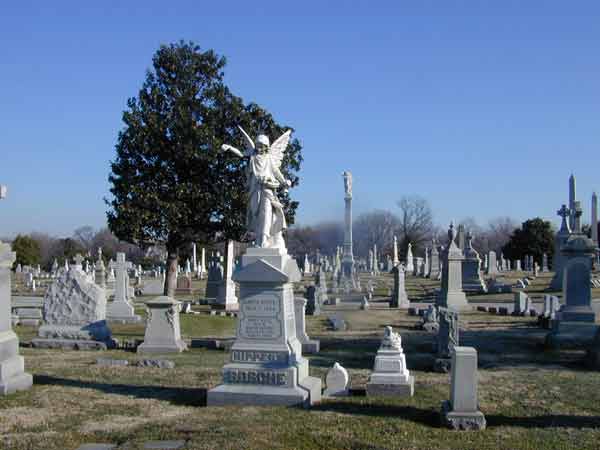 The oldest extant cemetery in New Orleans, Saint Lois Cemetery No. 1, was opened in the 1780s, and is considered the creepiest of all three above-ground cemeteries in New Orleans bearing the same name. It is still home to several burials each year. The dead had to be buried in crypts and vaults above the ground since the water table was close to the surface, thus leaving a haphazard maze of tombs and aisles. Visitors find it preferable not to explore the grounds alone, just to be safe. 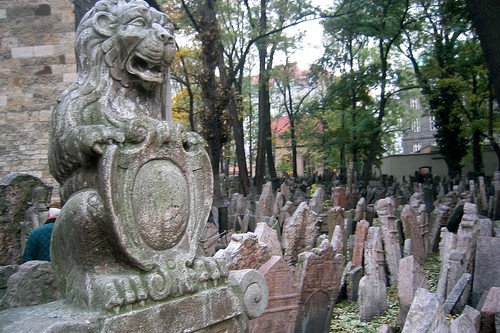 The Old Jewish Cemetery is located in the Josefov in Prague in the Czech Republic. Lying in a Jewish Quarter, it was in use since the early 15th century, and has an uncertain number of burials, and stories involved, owing to the fact that there are layers upon layers of tombs in this cemetery. However, an estimation suggests that an approximate 12,000 tombstones are there, along with about 100,000 burials. Paranormal activities and ghost sightings have been claimed in the cemetery. 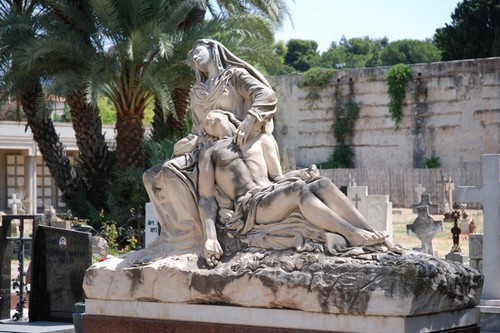 In the island of San Michele in Venice, Italy, is the Cimitero di San Michel, a cemetery that was set up in the 19th century, when Napoleonic authorities decreed burial of bodies would be prohibited in the historic mainland of Venice. So, the island was dedicated to housing the dead bodies that were brought here by special funeral gondolas. The cemetery is in use even today, and bodies can be buried here on a lease of 10 years. As an island full of the dead, it has attracted many ghost stories.

You May Also Like These Lists:
10 Creepiest Places in the World.
10 Creepy Places That Can Just Give You Chills.
10 Haunted Historical Monuments.
10 Most Beautiful Abandoned Places.
Top 10 Most Haunted Places of India.
10 Spine-Chilling Mysteries From India. 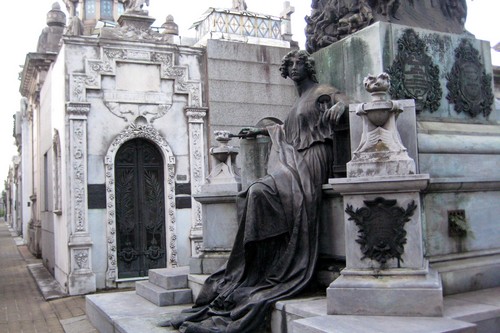 Located in the famous Recoleta neighbourhood of Buenos Aires of Argentina, La Recoleta Cemetery counts as one of the leading tourist attractions of Buenos Aires. The neo-classical gates with tall Greek columns lead to 19th and 20th century funerary art comprising elaborate mausoleums and statues, all in a wide range of architectural styles. The most enticing thing about the cemetery is sectional lay-out, with walkways branching into sidewalks, like city blocks, except for the dead. 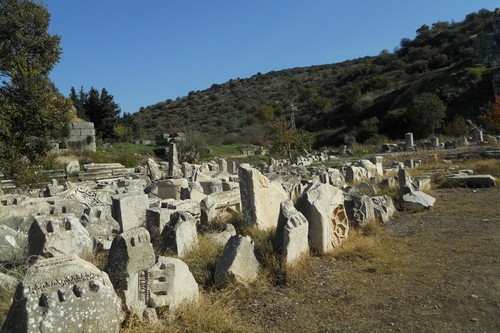 In Ephesus of Turkey lies the Gladiator Graveyard, the first site to be scientifically authenticated as the cemetery for warriors of the Roman arenas. Remains of 67 individuals aged 20-30, with marks of multiple injuries from the repeated fights with wild animals, criminals or each other, in which the athletic gladiators partook just for the sake of entertainment, have been found by archaeologists in this site. It was first identified by the gravestone drawings of individuals in gladiatorial attire. 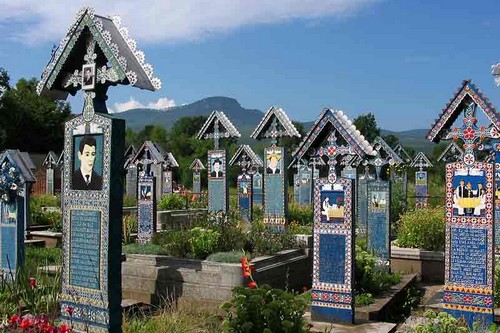 The Merry Graveyard in Sapanta of Romania perhaps derives its name from the intention Stan loan Patras in1930 to create a happy memory of the departed soul, by carving his/her picture on a brightly coloured wooden cross to mark the grave, often illustrating how the person died, and accompanied by a short poem about person. He thus captured memories of the Depression, WW-II and Communist Regime. Upon his, death, he was given the brightest grave marker by his assistants. 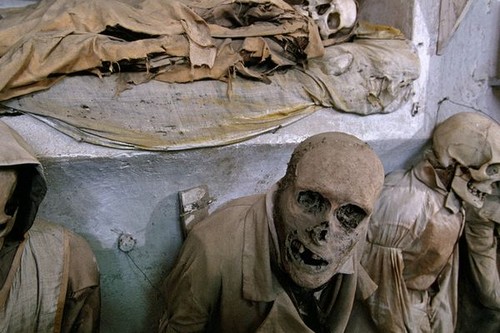 The Capuchin Catacombs in Polermo of Sicily displays the dead in a dramatic manner, by keeping the corpses mummified and kept in their regular clothing in underground crypts, since the 16th century. Today, about 8000 mummies, including those of monks, the rich and the noble of Palermo, line the walls. The formula for mummification has been changed, the body of two old Rosalia Lombardo, who died in 1920, being an excellent example of how well the new formula can preserve the body. 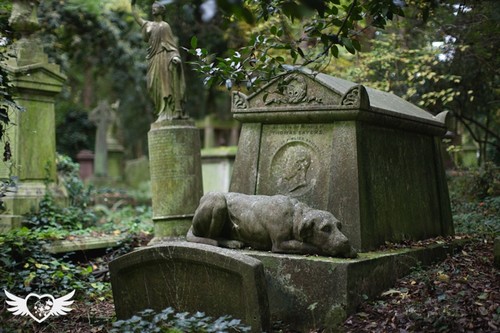 The Highgate Cemetery is a Victorian era cemetery, set across 37 acres of overgrown woodland of London in England. It has about 53,000 graves with 170,000 people buried there. The cemetery is also noted for de facto status as a nature reserve. What’s chilling about this cemetery is that the spectacular statues of people, animals and angels, all reflecting the Victorian era’s obsession with ancient Egypt, stand in varied levels of decay, highlighting both their fascination with morbidity.

There are several other creepiest cemeteries or graveyards all over the world. And while we are on the subject of graveyards, we might as well touch upon the Aircraft Graveyard of Arizona and the Ship Graveyard of Africa. At the Davis-Monthan Air Force Base near downtown Tuscan of Arizona, US, is the largest aircraft boneyard, the sole one of its kind dedicated to excess military and government aircraft since 1925, owing to the dry climate and alkali soil of the region. It keeps alive the historical memories of WW0I, WW-II, Cold War and even modern era Global War on terrorism. From the west coast of Africa extends a small peninsula named Ras Nouashibou, shared by Mauritania and Western Sahara, where lies the largest ship graveyard in the world. With the first ship being dumped here dating back to 1920s, the region was the harbour where financially challenged ship owners dumped their vessels, and it is now site where over 300 ships stand, rotting away.