Talking about the life of the single mother is a very easy topic, but to live their life is such a tough job. The word single parent is not only a term it is a very sensitive feeling in which a lot of problems are present. A very tough job when you have to accept the responsibility of both father and mother. The responsibility of being a single mother demands many sacrifices from women’s life. A lot of guts are needed for the decision of a single parent. I think only the strong heart personality holder bear this responsibility. In this journey, a mother has to suffer many ups and downs. The time period of single parenthood is very grueling. Dear readers, now we want to bring your attention on those Bollywood divas, who done a great job for Hindi cinema. Some names are the most important part of Bollywood stars life. We always watch these divas in smiling face, and in eye-catching dresses.But actually, we don’t have any idea about their personal life and also about the sacrifices they did for their beloved ones. With out any skepticism, all these.  Hot Single moms did their journey with courageous attitude. These celebrities can definitely set up a great example for the other single parents. Check out these Hot Single moms who are so inspiring that there’s definitely a lot which other single parents can learn from them. 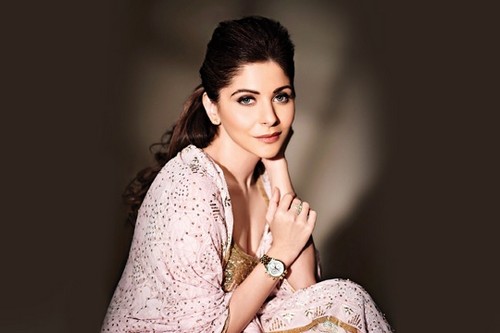 Kapoor was born and brought up in a Khatri family in Lucknow. She is a  renowned Indian playback singer, who sings hit songs in Bollywood films. Her most rocking song “Baby Doll” that force everyone to start dancing. She gives non-stop hit songs and received one of the most veneration  Filmfare. Award and has fixed her name in the list of leading singers of India. This baby doll singer married to Raj Chandok, an NRI businessman in 1997. When Kanika was only 13-year-old.After marriage, she moved to London with her husband. God bless Kanika with  three children. Unfortunately, Kanika was separated from her husband in 2007. She decided to come back to her parents home in Lucknow. Officially this couple divorced in 2012.The reason behind the separation of Kanika from her husband Dr. Raj Chandok is that he is interested in some other women. That was the dingy period of Kanika’s life because she had no career any life. but by heart, she is very strong and kind-hearted. God bless Kanika a golden chance to make her life alluring. Kanika got so much fame when she was uploaded a video on Youtube by Dr. Zeus and became an instant hit overnight. when she first collaborated again with Meet Bros for the song  “Chittiyaan Kalaiyaan” it is known as the most listening song of the year. Recently she was awarded by global Indian Music Academy Award Best Female Playback Singer for “Chittiyaan Kalaiyaan” from film Roy. Any time you listen Kanika you can found a sweetness and an x-factor of full exultation.When she performed on stage her persona leave positive impressions and she put her fans on cloud nine. No one can imagine that this baby doll suffers many panic thing in life, being a single mother of three kids. We always see Kanika in smiling face and this shows that Kanika is a strong and yeah one of the hot single moms of Bollywood world. 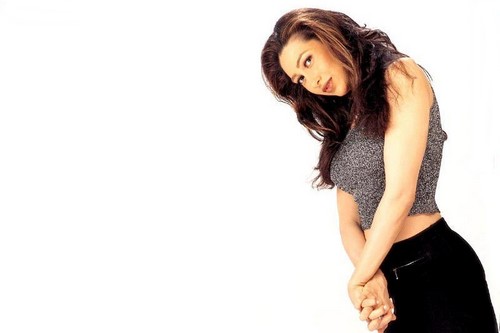 Karisma Kapoor is a ravishing, as one talented Indian actress, who appears in Hindi films.She was one of the most well-liked and highest-paid actresses of  Bollywood. Karishma raised in Mumbai, she is a member of the Kapoor family. Karishma gifted Indian industry lot of blockbuster films like Raja Hindustani, Dil To Pagal Hai and much more. Karishma Kapoor married on 29 September 2003 with well educated, industrialist Sunjay Kapur, the CEO of Sixt India. By the blessing of God, she became the mother of a daughter Samaira, born in 2005 and a son Kiaan born in 2010. In the enviable married life of Karishma regrettably turn comes and this couple takes the descion of divorce.At last,  their divorce was finalized in 2016. The frisky looking actress faces the most heartbreaking moments of life but still, she looks energetic confident. She busies herself again in her field as she is the ambassador of many brands.Also, she loves to give charity and work for human lover organization of super star Salman Khan. When she walked on the runway as fashion icon wearing dresses of Manish Malhotra, no one can imagine that this woman is living a life of the single mother. 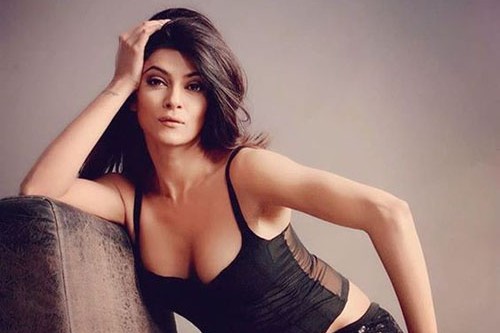 Sushmita Sen, when this name comes in mind a sketch of pretty, slim smart smiling face appear. Her name needs no introduction, everyone even the hole world knows about him. As she is the winner Miss Universe pageant of 1994. Shusmita is the first Indian lady who wins this respected beauty title. Miss universe started her career with the Hindi film, Dastak. After that, she works a lot and gives many superhits. She is not getting married to anyone but she does something very different and great by adopting a baby girl in 2000. She set an example for those people who thinks than girls are just a name of burden, but Shusmita prove it wrong by adopting baby angels at the age of 25.Again on 13 January 2010, she adopted a three-month-old girl and named her Alisah. All this show her affection towards kids, especially for girls. With sincere and strong struggling effort she gets the chance of been honored Film Fare Award, Star Screen Award, IIFA Award and Zee Cine Award. She is the women who receive the most respected and admirable” Rajiv Gandhi Award” in 2006 for her achievement in Bollywood industry. 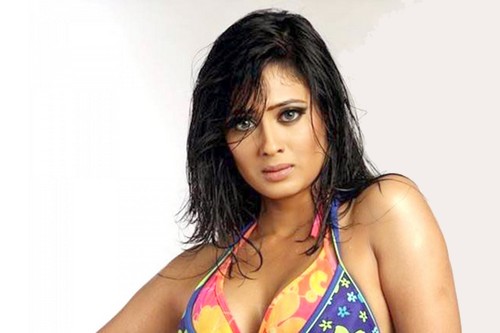 Shweta Tiwari is an elegant  Indian film and television actress.She performed many item songs in Bollywood films. She was married to actor Raja Chaudhary. They both are blessed with a fairy name Palak. After nine years this couple not lives together so they got divorced in 2007. Shweta works in many shows and gets a lot of awards. She is the winner of India’s most famous and great reality show big boss season 4. After the divorce in 2007, she lived a life of the single mother. She worked hard forgive happy life to her daughter. Six years of taking responsibility of a daughter, Living a life of responsibilities she faces many hurdles And then happiness knocks her door and she got married again on 10 July with actor Abhinav Kohli.On 27 November 2016, Tiwari gave birth to a baby boy.We mention Shweta in this list of hot single moms because she spends a very difficult time so we admired her courage struggle and wish good for her new happy life. 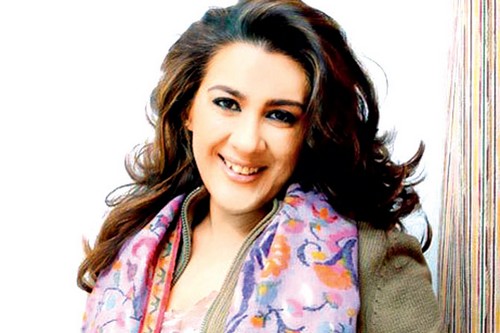 Amrita Singh is an amazing Indian film and television actress. In 1991 she married film actor Nawab Saif Ali Khan. Amrita gave up acting for a family life with her husband. Together they have two children, a daughter named Sara Ali Khan and a son named Ibrahim Ali Khan. After thirteen years of happy marriage life, they divorced in 2004. 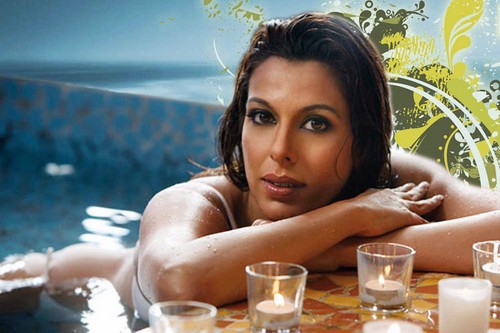 Pooja Bedi is  a Bollywood actress, television talk show host. She is the daughter of well-known actor Kabir Bedi and the late Protima Bedi. She was born in Mumbai to the late Indian classical dancer Protima and film star Kabir Bedi. She is not only a talented actress but also a very good sports lover. She was a class topper academically and was in the basketball team, hockey team, swimming team, debating team, and theater group. Pooja Bedi married Ebrahim whom she met in 1990. But this couple separated in 2000. From this marriage, she has two children, one daughter Aalia and son Omar. Pooja spends her life with braveness and her kids are very loving and caring but it’s a fact Pooja sacrifice a lot. 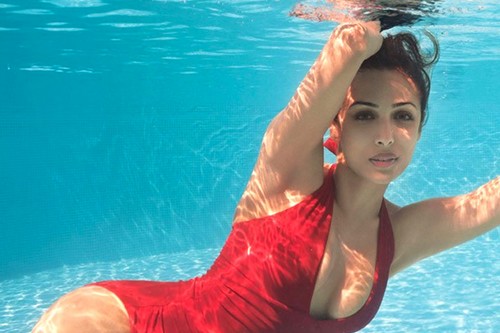 Here is the hot sizzling actres, dancer Malaika Arora. She is well famous for her dancing in the songs “Chaiyya Chaiyya” (1998). Her sexy dance definitely skips one or two of her fans heart.This sexy Bollywood diva was  married to Bollywood actor-director-producer Arbaaz Khan in 1998 . They have a baby boy, Arhaan, born on 9 November 2002. Very painful news listen to her fans that this make for each other couple announced separation. On 28 March 2016.this couple got divorced. As Malaika is a new in the family of single mom but its not an easy thing. but we must say very bravely Malaika face this great loss of life. 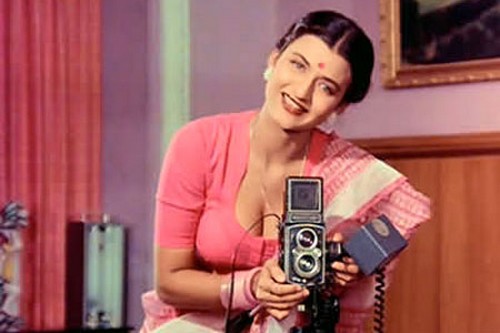 Sarika is an actress born in New Delhi, India and she is a half Marathi and half Rajput. she faces lot of difficulties since childhood when her father left the family. Her personal life has been much more complicated. She starts working from childhood as a child artist. At the age of 28, she married superstar Kamal Hasan . After the birth of two daughter due to some strong reasons, the couple decided to live life separately and get a divorce. As the journey of Sarika is like a mountain of difficulties but with patience and courage, she faces that moment. Now she is the mother of two lovely stunning Bollywood actresses. 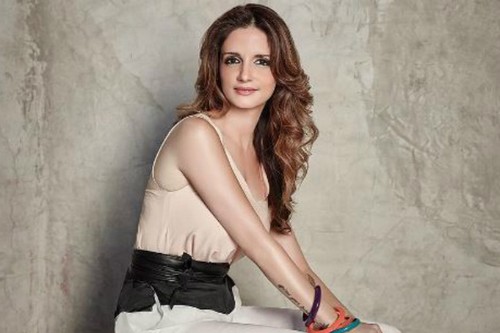 Sussanne Khan is an Indian interior designer. She is the daughter of a fantastic actor Sanjay Khan and Zarine Khan and the sister of Bollywood actor Zayed Khan, and the former wife of actor Hrithik Roshan. In 2000, she married super star Hrithik Roshan, and this blessed with two sons, Hrehaan and Hridhaan. In Indian film, award shows Hrithik and Souzane looked the perfect couple. No one knows what happened and without any arguments, this couple silently broke the 17 years relation. In December 2013, It is a great shock for her fans. In November 2014 they finally get a divorce. 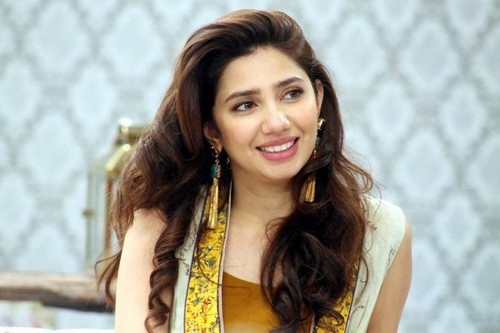 Mahira Khan, a Pakistani actress who start her debut in Bollywood very gracefully. She worked as an opposite actress in Raees with king khan “Shahrukh Khan“.The chemistry of this couple just rocks the Bollywood on fire. This film becomes the great blockbuster of 2017. The innocent face feature and pure smile of Mahira impressed everyone. But no one knows this fact about Raees girl Mahira Khan, she is a single mom and mother of a son Azlan. She is a very caring loving mom and performs her task of single parenthood very gracefully. No doubt the life of all above actresses are an example of never give up just be hopeful and try to do best as a single mother.