Visiting a museum can be a great learning experience. And if the museum is dedicated to themes like cats and water – the experience is, no doubt going to be a unique one. Though every city has a museum of its own, the following is a list of 10 extremely weird museums you will ever come across. 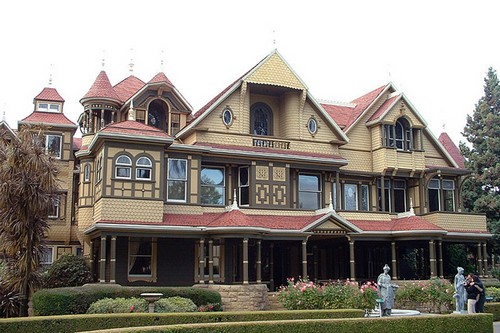 Sarah Winchester, the widow of William Wirt Winchester and the heir to the ‘Winchester Rifle fortune’ had built the house in the 1800s. It is heard that after the death of Sarah’s daughter and husband, she came into contact with the ghosts of the people who were killed by the Winchester family’s rifles. They were angry, they wanted a house to be built for them; one that cannot be completed for the moment the work would stop Sarah would die.

So for the next 38 years, spending some $6 million she constructed a house with 160 rooms and 13 bathrooms on 138 acres of land. The construction only stopped with her death in 1922. In order to confuse the ghosts living with her, Sarah never slept in the same bedroom and she had herself built several stairs that lead to nowhere and doors that opened into walls throughout the house. 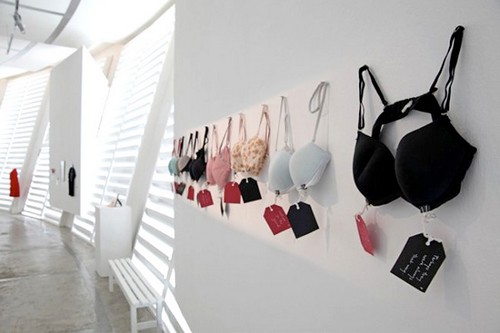 A weird travelling show began back in 2006 exhibiting items that an ex-couple (Olinka Vištica and Dražen Grubišic) had used in their 4 years old relationship and that was left behind when the relation ended. The basic motive behind this was to offer people an outlet for their grief. In 2010, they permanently settled down in Zagreb (Republic of Croatia).

Per year around 40,000 visitors flock to this singular museum. The museum consists of items sectioned into the type and length of the relationship at that moment. Visitors applaud the place as very touching. In 2011 European Museum Awards, the place was named as the ‘most innovative’ museum of the year. 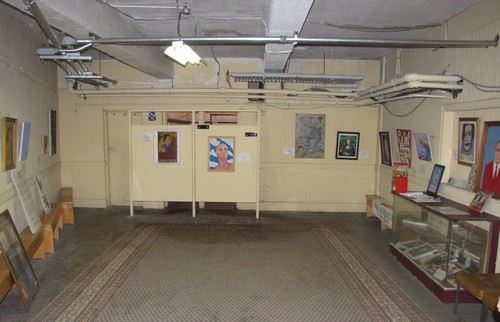 The Museum of Bad Art or MOBA was established in the year 1994. The objective was to expose the lowest quality of art to the world – “Art too bad to be ignored.” Scott Wilson, a dealer in antique and founder of the museum was struck by the idea when one day he had come across an awful painting of an elderly woman in the trash cans. Thereupon he began collecting bad art stuffs with his friend Jerry Reilly. The idea rapidly gained popularity followed by hundreds of submission from people out of which only 10% are chosen to be exhibited in the museum. The collected now consists of 600 individual pieces. Some critics are angered by the concept which they consider to be a mockery of art. 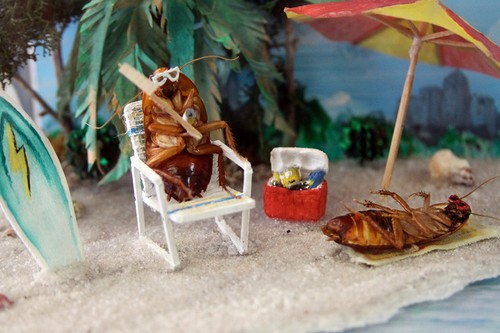 The Cockroach Hall of Fame Museum was founded by an exterminator, Michael Bohdan. He had begun the exhibition in his shop at Plano, Texas. Bohdan innovative idea of dressing dead cockroaches as celebrities and historical figures made the place quiet famous. In the 1980s Bohdan had held a contest to find the biggest cockroach in Dallas, America. Later he was made the judge of a cockroach fashion contests which was a promotional stunt for an insecticide company. He even appeared in ‘The Tonight Show’. If you ever visit the ‘Cockroach Hall’ makes sure to catch the white-caped cockroach sitting by a piano, entitled “Liberoachi.” 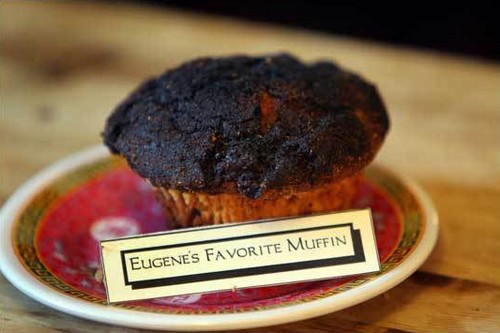 It all started with Grammy-nominated harpist Deborah Henson-Conant cooking a hot apple cider when she suddenly got a call and went over to take it and on returning (after a considerable length of time) she found the dish was completely burned. One of the most popular attractions of this museum is the batch of sweet potatoes slowly cooked by the pilot light of an oven for more than five weeks. The exhibits of the museum are often loaned out.

The website of the museum asks applicants to send in their accidental kitchen disasters. Follow the motto of their museum – “Always leave the flame on low . . . and then take a long nap” and submit your own creation. 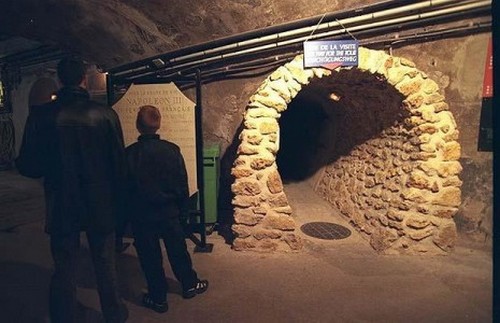 Paris Sewers Museum (Le Musée des Égouts de Paris) is the first vaulted-walled sewer established in 1370. It stretches over an area of 2,400 kilometers (1,491 mi) dumping its wares into a stream. Since ‘The World’s Fair’ of 1867, the French government opened the depths of the Parisian underground for the public. Various vehicles, boats and gondolas were prepared to give you a tour like no other through this underground museum. But today, unfortunately for security concerns the unique sewer museum has been closed for public visits. 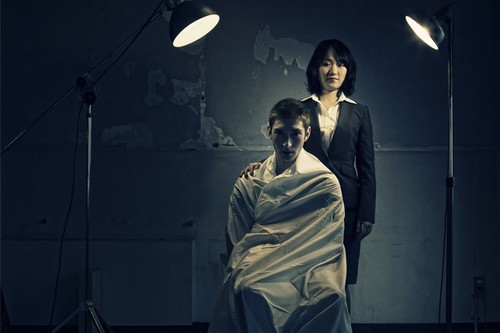 Founded by Bob McCoy, the museum consisted of devices invented to cure maladies that existed in the early 20th century. One of the most popular devices is a foot-powered breast-enlarging pump and a device which shocked the user with the hopes of increasing virility. Curious devices such as the phrenology reader, said to be able to map a person’s brain and calculate their levels of morality and intelligence, exists in this singular museum. Another wacky device is the Buster Brown shoe-fitting fluoroscope which supposedly allowed people to peer inside their shoes in order to see how well their new shoes fit. But in 2002 the museum was closed down and now ‘The Museum of Questionable Medical Devices’ lives on as a permanent exhibit in the Science Museum of Minnesota. 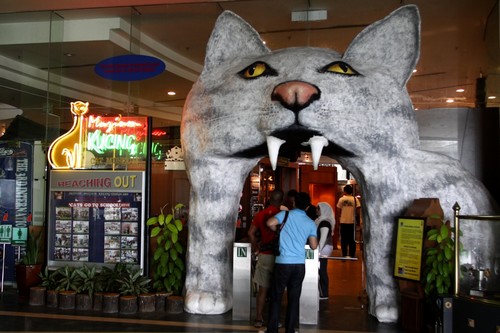 With the view of celebrating the city of Kuching in Malaysia (‘Kucing’ translates as “cat” in Malay) the Chief Minister of the state created this museum. The museum holds to over 2,000 artifacts including a 5,000 year old mummified cat  from Egypt. One of rarest cats in the world – the ‘Felis Badia’ is also on exhibition here. This singular kind of cat lives deep inside the Borneo rainforest and the cat museum claims to have the only specimen in the world. Needless to say the museum is quiet popular.

2. The Museum Of The Holy Souls In Purgatory 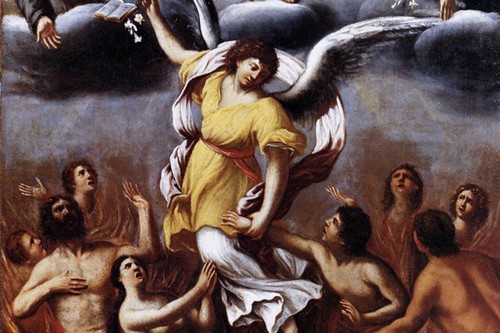 This museum claims to consist of items that have been touched by the souls of those in purgatory. The museum is only a small room inside the ‘Church of the Sacred Heart of the Suffrage’ in Rome. Victor Jouet founded the museum after a fire accident that ended up burning the entire Church into a mess of chars. Among the scraps of the burnt building he had found a scorched mark resembling a human face which he believed was the soul of person in purgatory. This motivated him to establish this unique museum. Items like a book with a hand print burned into the pages by a deceased priest etc are among the popular exhibits in the small museum. 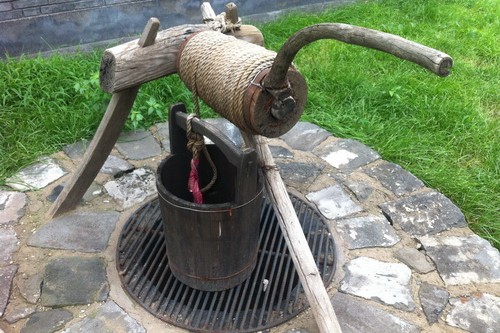 The museum contains of over 130 different item that are said to be significantly related to the history of tap water in China. Historical posters advertising the invention of tap water which the skeptic Chinese referred to as “foreign water,” and refuse to accept it, are found in this museum. To celebrate the importance of water in life, the museum is built on the grounds of the first water plant in China.