With winter slowly creeping up on us, the festive season kicks off with Halloween. Just a few days away, Halloween seems to have become a universally celebrated holiday. From America to Australia, Halloween is taking the world by storm. What is it about this festival that has everyone going “ahhhh” or “ooohhh”? Well, for starters there is candy -and lots of it- for the younger enthusiasts. Then there are the Halloween superstitious costumes; the pranks, the decorations, the parties and the “trick or treat” motto just adds the icing to the delicious cake that is Halloween. The festival has been around for over 2000 years as a way to respect the dead and celebrate their afterlife but through all these years, there are some rituals that have stuck around since the beginning. 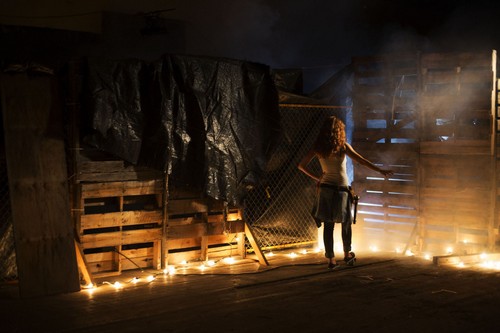 When it comes to Halloween, teenagers seem to enjoy themselves the most. They take this opportunity to play pranks on others, toilet-paper houses and cause havoc on the streets. From the very beginning, Halloween has been a favorite for youngsters but has slowly calmed down. Ever since the adults handed out candy to the kids, the pranks have died down. But there are a few teens that still have that “mischief” spark and that spark gets ignited just before Halloween. That is the reason 30th October is now kept for pranks instead of ruining 31st. 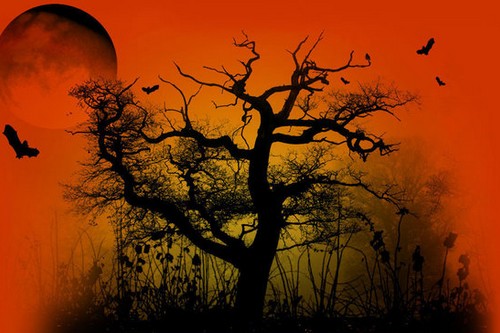 Across the world, the colors that are associated with the “festival of death” are black and orange. The reason behind the orange is the color of the leaves and crops during autumn. The black symbolizes the end or “death” of the summer months. These colors have come down through the generations. Recently the colors yellow, purple and green have made its entrance into the festival. Although the introduction of the new colors has brought a certain modernization to the holiday, the classic colors remain the prominent ones till today. 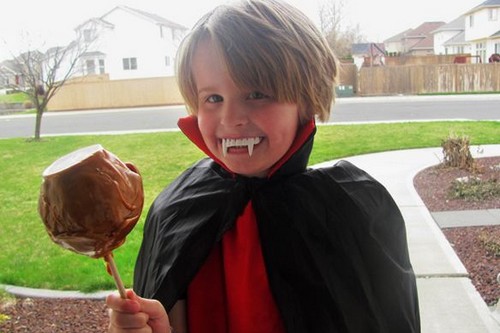 This is probably one of the most well known rituals on Halloween. Trick -or- treat has become a fun and lovable way for children to gather candy from different houses. They dress up in costumes and visit homes in their neighborhood to collect treats. But this tradition was not always just about sweets. In fact, people believed that the partition between the world of the dead and our world was at its weakest on Halloween. This would allow spirits to enter our world in the form of beggars. These spirits would visit homes and ask for money or food and if they were refused, these spirits would curse the residents on the house. Another belief is that people would dress up like monsters so that the spirits would mistake them as their own and leave them alone. 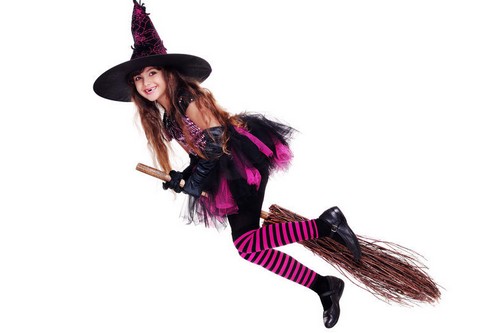 Remember “The Wizard of Oz”? The cackling of the evil witch while she rides on her “flying” broom stick? Well, Halloween is the perfect time to see witches everywhere (in costume of course). When you see a witch, the first three things that catch your eye are the broom, the pointy hat, and the long pointy nose. But the broom is most prominent and it came about when the festival first took off. The elderly poor women would usually walk around with sticks as they could not afford horses. These sticks were occasionally replaced with brooms. These women lived in the woods because of their poverty. During some nights, these women would cover themselves in an ointment that would cause their hearts to beat faster, would give them a sense of confusion and numbness. This hallucigenic medicine made these women feel like they were flying through the woods.

This is an object we have all seen in witch movies and is some cartoons as well. The witches stand over the cauldron, mixing in different ingredients like lizard toes, frog’s legs and mermaid tears to create some ungodly potion. But these cauldrons were originally seen as the womb of mother Earth. The souls of all the dead were collected in this “womb” and waited to either pass on or get reborn as newer souls get added.The cauldron can be seen outside many homes as a decoration during Halloween. Some parties even have a cauldron and use it as a bowl for serving snacks or punch. 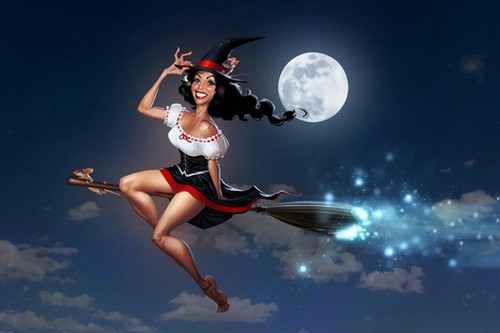 We have seen their toys but now we look at the owner. The witch is actually a new addition to the festival of Halloween. It was initially believed that the now called “witch”, was called “the crone” who was a peace loving, all knowing woman. She was celebrated during the pagan festival. Many children dress in witch costumes and attend parties or trick -or- treat around the neighborhood. It is a very common sight during Halloween to see “witches” walking around with broom in hand or standing at a cauldron serving “magic potion” lemonade. 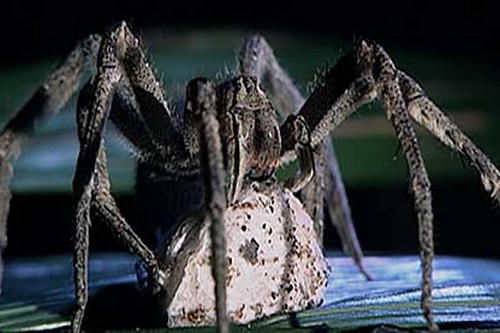 These eight legged freaks are a favorite vessel when it comes to pranks so it is only just that it plays a big part in Halloween as well. Spiders are considered creepy and that is the message people want to send out on this outrageous festival. But spiders are not included in the festival just because they are eerie. The fact is that people believed that spiders were used by witches to conduct evil rituals. In fact, in the early years of the festival, people believed that if a spider fell into a lamp and burned completely, that witches were close. Folklore was that if a spider was seen on the auspicious night, a dead family member was watching. 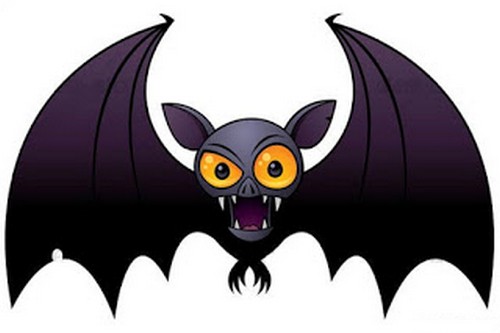 Bats have always been associated with evil and the dark side for hundreds of years. The very sight of a bat sends a shiver down the spine for many people. Many films portray bats as a vessel of transformation for vampires and witches. It is even believed that if a bat is seen flying around a house 3 times, a person in that very house would die. Another popular belief is that if a bat flies into a house, that home is haunted and it is those spirits that have let the bat inside. Toy bats are used as house decorations on Halloween to add that extra bit of “spooky” to the celebration. 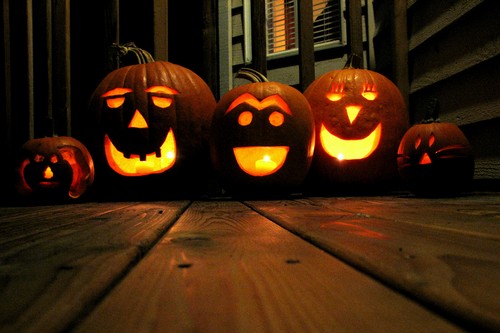 One of the favorite kids activity on Halloween, carving pumpkins with scary faces has a brilliant story to this ancient ritual. It is believed that a drunken farmer named Jack would play pranks on the devil. These tricks stopped him from entering heaven as well as hell which meant he was left to wander in darkness. He then carved a turnip and used some burning coal from hell, that the devil gave him, and made a lantern to guide his soul. The Jack -O’- Lantern is kept outside a house and is basically a way to guide the dead back home. Originally, turnips were used by the Irish but when they fled to America, the tradition was changed to pumpkins because turnips were rare. 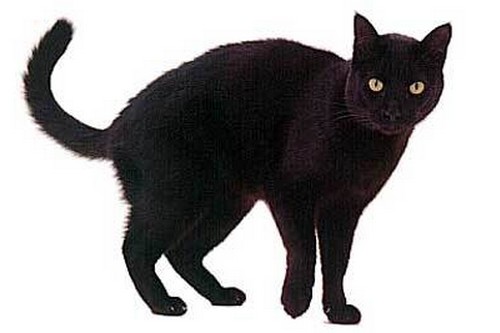 What can be more “Halloweeny” that a black cat? These dark, sly animals have always been a part of the dark side. In the dark ages, people would hunt for witches. Old, poor women were usually associated with being witches and their pets, cats, were called evil as well. People believed that these black cats were given to the witches by Satan. It was even rumored that the devil would take the form of a black cat when he would meet these witches. Nowadays, these black cats are used as a staple decoration in and around a house on Halloween.