Human mind has always been curious and imaginative, and whenever they have not been able to explain any of the nature’s mysterious ways, they have tried to satiate their curiosity by making up their own explanations and theories. Even though such imagined theories have often ended up being far away from the truth, they have attracted people and have often developed into myths and legends. There are many misconceptions and myths about the animal kingdom, too, since it is filled with curious creatures and their strange habits. Let’s look at some of these misconceptions:

1) Possums hang by their tail while sleeping 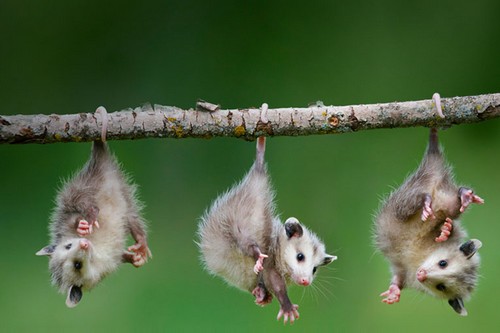 It is a common idea that possums hang upside down from branches of trees while sleeping. While these animals have quite strong tails, the tail is never strong enough to allow a possum, particularly an adult one, to hang by, and certainly not for sleeping that way. Young possums might hang by their tails, but, only for a few seconds. Bats and sloths, and some kinds of birds are the only creatures that are in the habit of hanging upside down. 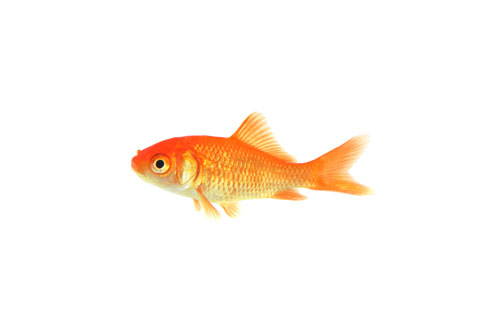 The imaginative human being likes to think that equipped with a poor memory, a goldfish feels like it is a new experience every time he takes a swim round his bowl, but, the truth about its memory is quite the opposite. Studies show that goldfish are intelligent enough to retain memories as old as three months, and can be taught to perform complex tasks, and even to expect lunch. They might be as bright as birds and even some mammals.

3) Earthworm, cut in half, becomes two 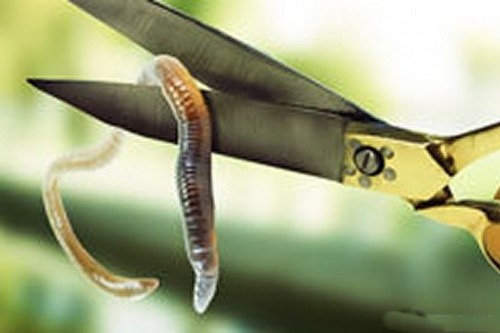 It might have irked you to imagine that every time an earthworm is split in half, two whole new earthworms can regenerate from each of the pieces, but, you can relieve yourself of this torturous image because this is not true. If an earthworm is cut, then the piece with the head can grow back the rest of the body, but, the original, cut-off tail without the head will die. However, the planarian flatworms can develop an entire being from even the tiniest sliver.

4) Touching a toad can give you warts 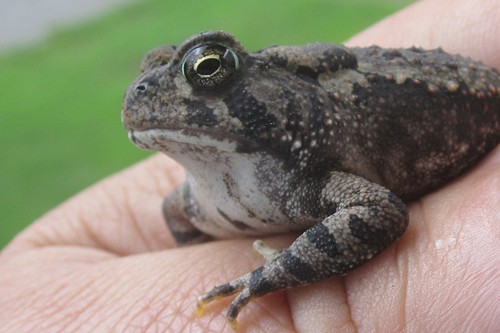 Toads are known for their characteristic warts, and most people seem to think that touching these warts can give them the same, too. But, this is nothing but superstition. Warts in humans are caused by viruses in the human papillomavirus, and toads have nothing to do with it. But, the real reason touching toad warts should be avoided is that the bumps on some of the toads have parotoid glands that secrete poison which cause irritation.

5) Camels store water in their humps 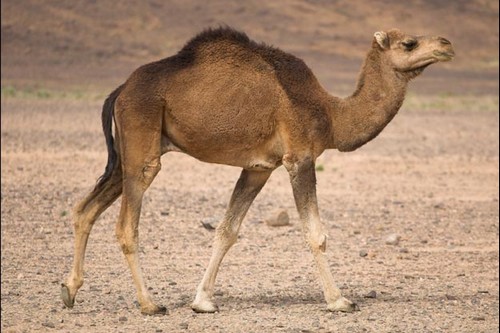 The ship of the desert might be capable of sailing across large stretches of sand without drinking water for as long as 7 days, but, that isn’t because it carries a water tank inside its hump. Their red blood cells are oval, which help reduce dehydration, while the kidneys and intestines are efficient enough to retain water such that the camel’s urine is thick as syrup and its faeces is dry enough to act as fuel. The hump is just fat that provides it energy.

6) Bulls react to the colour red 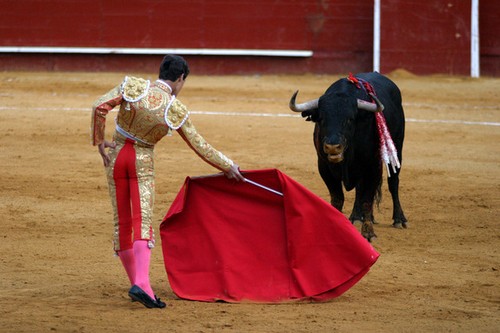 Bulls, like any other cattle, are colour-blind and cannot discern the colour red. So, the whole idea that it is the redness of the cloth that revs up a bull during a bull-fight and makes it charge at the matador, is wrong. In reality, it is the frantic movement of the cape by the matador, along with the threatening situation, which brings out such an angry reaction from the bull. 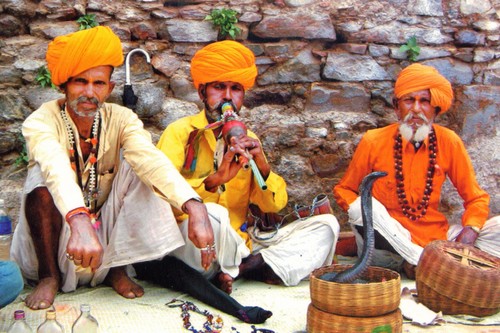 One of the most fascinating street-performances in India that has always awed the world is the snake charmer’s act of playing soothing music on his strangely designed flute, and making the snake sway and dance to it. The only catch in the whole idea is that, snakes can only hear vibrations, and not music or sound in a way humans do. So, they certainly aren’t charmed into dancing by the magical music. Their swaying is just a reaction to the movements made by the snake charmer with the flute.

8) Ostrich buries its head in the sand 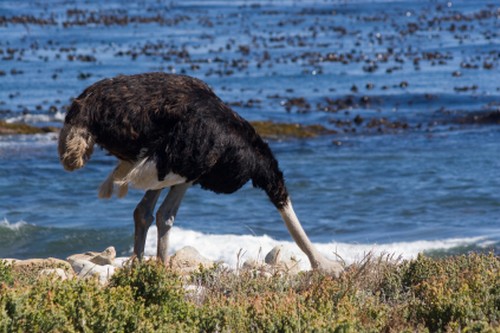 There’s a common saying: ‘burying the head in the sand like an ostrich.’ This, along with innumerable animated movies, are based on the false idea that an ostrich does so in the face of danger. They are fast runners and powerful kickers, abilities that are most likely to get them through any difficult situation. But, the rumour probably started from the bird’s habit of laying its head flat on the ground in an attempt to see properly or in order to hide. Perhaps, the myth was started by some mistaken witness who, from a distance, thought the head to be buried in the sand, but, in reality, it certainly never does this. 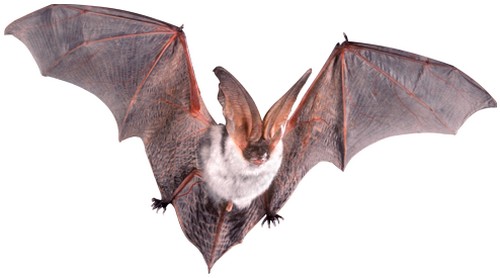 Bats seem to be one of the most misunderstood animals in the world. There are many misconceptions about them. People believe that they are blind enough to get tangled in the hair, which is why, they have to depend on the sound pulses emitted by them to detect obstruction in their path. On the contrary, there are no bats that are blind, and the sonar system is sophisticated enough to help them identify and avoid obstructions as thin as a hair, thereby eliminating the possibility of a bat getting tangled in the hair. They are also believed to be bloodsucking monsters with a lust for human blood, when, in reality, most of them feed on fruits, insects or small vertebrates, depending on their species. Only vampire bats live on blood, which they lick off after puncturing the skin of animals. They certainly do not suck out blood, and most definitely, not from humans. 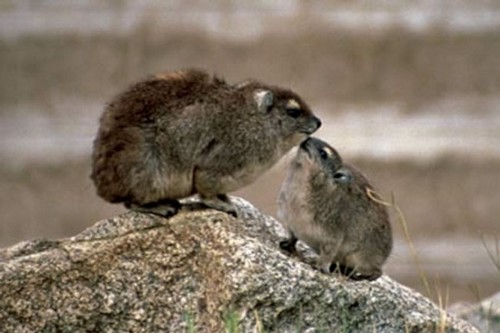 The myths about lemmings are most legendary and long-lasting. One of the most common myths about lemmings is that they commit mass suicide, and this is not even the most ridiculous rumour about these creatures. In the 1930s, a geographer from Strasbourg called Zeigler proposed that lemmings fell from the sky during storms, and when the spring grass began to sprout, it caused a mass extinction of the creatures. Lemmings are actually migratory animals, and their migration process may include jumping off the cliff into river water to swim across it to a new habitat. Swimming across long distances might cause exhaustion and even death, thus resulting in the ebbing of their population at times.

All animals have their own mysterious ways, but, the fascinated humans make up stories that make the animal kingdom even more elusive and fascinating.