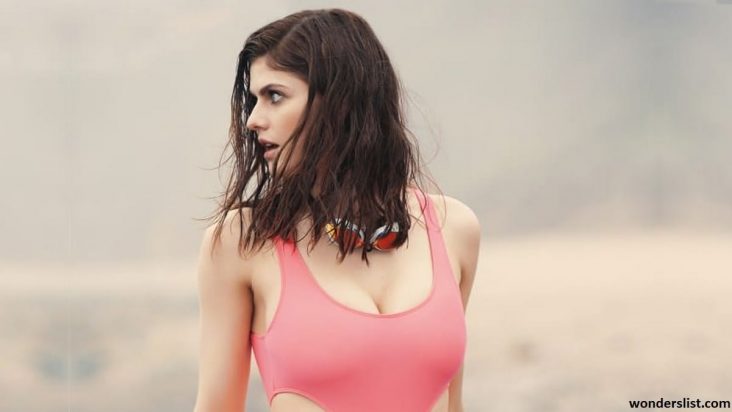 Being hot is what every woman secretly aspires to become. Beauty has levels and this is the second level to the last, sexy. “You look hot” is much a different compliment than telling someone they look sexy. Sexy is seen through the eyes of lust while hotness is the attire of a personality. Sexy refers to only body while someone with a great sense of wisdom, style, and looks (with a bird eye view of body) is thought to be hot. Majority of the women like to dress up short to look hot not to attract men but because they like their body that way. The sensuality is all about looking extremely attractive with feeling amazing about oneself. The Hollywood industry is full of hot actresses with great self-worth and confidence.

Following is the list of top 10 hottest Hollywood actresses of 2020.

Francia is a phenomenal actress having all of the attributes of a young hot lady. Born in 1988, this hottie has appeared in so many big movies like “The Secret Life of American Teenager”, “Dirty Lies”, “Bring It On: All or Nothing” and “The Secret Life of Emily Blair”.

The killing hot looks of Amber could not save even Johnny Depp. The Rum Diary was the hit film on which Amber met Johnny and became Mrs. Depp until Jan 2017. Amber was born in 1986, in Austin, Texas. With an English, Irish, Scottish, German, and Welsh ancestry, Heard comes at number 9 on our list of hottest Hollywood actresses of 2020. She involved in social activism for causes such as LGBT rights and Habitat for Humanity. Also, she’s one of the most beautiful woman in the world today.

Imogen Poots is the new sensation that surely staying for decades now. This beautiful actress is originally from England and reserves 8th place on our list of top 10 hottest Hollywood actresses of 2020. Need for Speed are the most famous movies of her. Being born in the family of producers and models this young actress got her carrier all sorted out soon after the school. Other than acting, the actress has been involved in certain fashion advertising activities.

When beauty and hotness combine, something like Scarlett is born. Scarlet is one of the most rated and famous actress of the Hollywood family. Miss Johansson is known as a ‘hottie’ not only in the acting industry but in fashion industry too. A lot of fashion magazines display her as their cover picture. She has been mentioned in the list of the most hot and sexy women of Hollywood. This 31 year old actress has performed in hit movies like “The Avengers, Iron Man and Captain America”.

Well, who could forget the crazy, hot actress of Suicide Squad? Margot certainly has killing looks making the young and adults go crazy after. She had a good leading role in The Wolf of Wallstreet alongside Leonardo di Caprio. Her other hits are “The Legend of Tarzan” and “Whiskey Tango Foxtrot” and luckily both did great on the box office.

February 10, 1991 is the date of birth of multi-talented Emma Roberts. This great American singer and television actress started her carrier in film industry as well. Her film in 2016 “Nerve” was quite a hit on box office. “The Billionaire’s Club” is the new thrilling movie everyone should watch of this hot actress. From eyes to her feet everything about Emma Roberts has a sensation of hotness well-absorbed in it.

Hailee is one of the most profound yet hottest Hollywood actresses of 2020. Having an extra ordinary height of 5’7 and a sharp body makes her much more desirable than any other woman. Hailee started appearing in films since her early age making it to big movies like Romeo & Juliet soon after. Steinfeld performed in the famous ever movie Pitch Perfect 3 as Emily Junk which was appreciated. The best part about Hailee is she’s an ambitious woman who’d like to extend her carrier and experience multi-dimensional life as she looks forward to become a director.

The Day after Tomorrow, The Phantom of the Opera, Dragonball: Evolution are the movies Miss Rossum is best known for. This dazzling and glaring actress is often the focus of youth all over the world. Rossum’s body shape is what every woman wants to adapt in.

Deep eyes, sharp nose and beautiful lips are the sharpest features that define Chloe’s hot personality. The actresses is born in 1997 in Atlanta to nurse and surgeon parents respectively. Other than having attractive features, her greatest quality is her height, is 5’4. Chloe’s first appearance was in The Guardian, though her biggest yet most famous role was in The Amityville Horror. Kick ass, Kick ass 2 and The Hunger Games are the most famous movies of hers. The young actress continues to aspire her following.

Best known for her role as Alex Dunphy in the comedy series Modern Family, the 21 years old Ariel Winter is one of Hollywood’s most promising young talents with notable roles both in both television and film. Born in Los Angeles, California, on January 28, 1998, she is of Greek descent by mother, and of German descentt hough her father. She is a confident, hot and sexy girl. But, her confidence went beyond her looks. She looks fabulous! Catch her on Instagram.