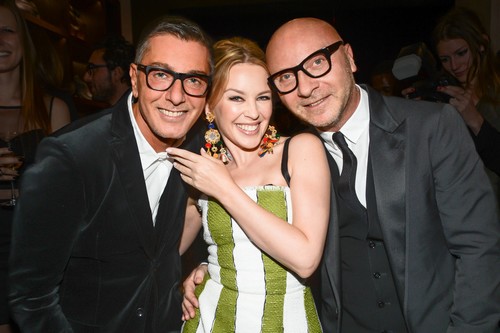 Only a small section of the people who enjoy the stature of millionaires and billionaires identify themselves as members of the ‘queer’ community. According to the list of 1600 billionaires and millionaires, published by Forbes, only 0.4% are openly gay, lesbian, bisexual or transgender. These supremely people, many of them entrepreneurs and CEOs of top tier companies, have found the courage to come out of the closet to discuss their sexuality, so that those people, common or great, who are afraid to come out, realize that they are not alone. Let us take a look at the 10 richest and most successful LGBT people in the world. 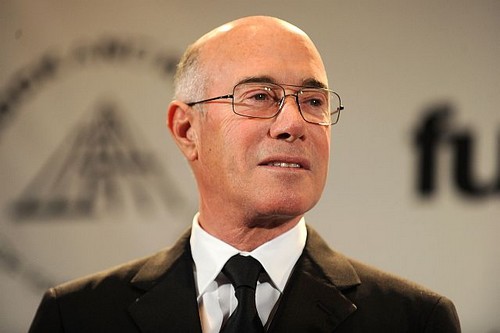 David Geffen is one of the most powerful and richest business magnates. Using a fake UCLA degree he got himself a mailroom job. Eventually, he founded Geffen Records and Asylum, and co-founded the DreamWorks movie studio. He now owns about $1 billion worth of Apple stocks. He outed himself as gay in 2007 when Out Magazine listed him at the top of “Most Powerful Gay Men and Women in America”. At almost $7 billion, Geffen tops the list of the wealthiest LGBT people. 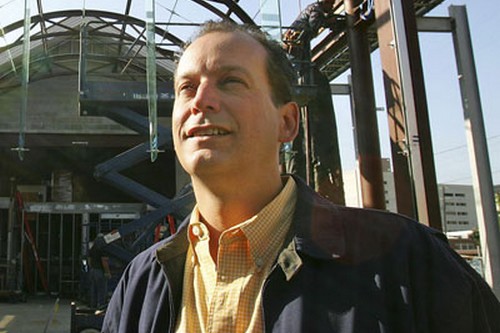 Architect and activist Jon Stryker inherited Stryker Corporation, the medical company from his grandfather, back in the 1980s. He ran to maintain its position as a financial powerhouse. As of today, Stryker Corps. Makes a whopping $9 billion, by selling medical equipment and software all over the world, with Jon Stryker as its head. Stryker is openly gay. He not gives generous financial support to gay rights initiatives, and is a crusader himself. He is worth more than $1.8 billion. 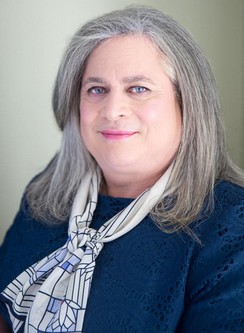 Formerly James Pritzker, Jennifer Pritzker is a member of one of the wealthiest families of the United States, the Pritzker family, owner of the Hyatt chain of hotels, operating around the world. A Colonel in the US Army, she donates to #LGBT charities, in millions. As James, she declared her decision to become a woman and start gender reassignment procedure in 2013, thus becoming one of the first billionaires and high-ranking military officials to be openly transgender. Her net worth is $1.5 billion.

One of the most popular, successful and top-notch luxury fashion brands in the world, Dolce & Gabbana, was co-founded and is co-owned by Domenico Dolce with Stefano Gabbana. Dolce is gay, and is not afraid to show it, though there are always presumptions and condescension about fashion designers and their sexuality. But, when it comes to Dolce has made it so big that his sexuality had never had an opportunity to hit the headlines and make a big deal. Dolce’s net worth is $1.5 billion.

With former romantic partner Domenico Dolce, Stefano Gabbana co-founded and now co-owns the Italian luxury fashion brand Dolce & Gabbana, known to dominate all aspects of fashion, including clothing and accessories since 1980, and worth of $5 billion. Gabbana has carved himself a niche in the industry, and ignoring the stereotypes about fashion designers, he has been open about his sexuality, establishing the much-needed sense of normalcy to being gay. He is worth $1.3 billion. 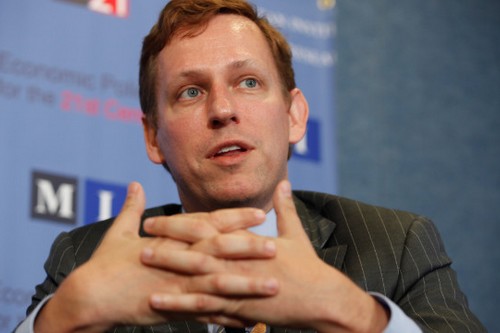 Peter Thiel is the co-founder of Paypal, the largest online transaction system in the world, which makes him higher than most of the major internet entrepreneurs. He is also an outside investor in Facebook, and owns a little more than $700 worth of profits. He, who came out to his friends in 2003, now openly identifies as gay, which, according to some, has played its part in his general commitment to changing the norms of venture capital investment. His net worth is $2.2 billion. 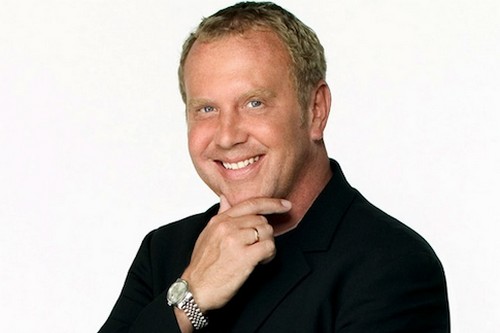 Michael Kors is a fashion mogul, famous for his eponymous company that designs and produces women’s wear. The company, which is now known all over the world, became public in 2011, and is worth six figures now, but not without ups and downs that Kors faced. In 1993, the business had gone bankrupt, but Kors redeemed himself by 2004. As a judge on the television show, Project Runway, he became a household name. His business has helped him earn a net worth of $1 billion. 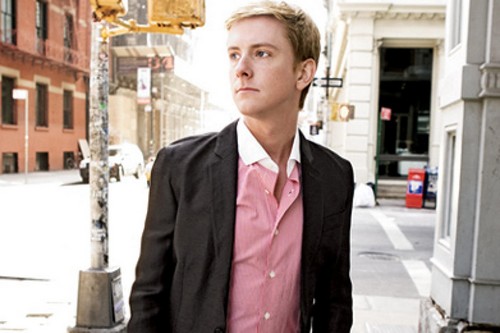 Chris Hughes is one of the five who co-founded the vastly popular social media network of Facebook. In college, he was a roommate of Mark Zuckerberg, the most popular of the co-founders, and helped with the programming and coding of the earliest form of the website, and acted as its spokesperson. After graduating from Harvard, he joined the team. He is now the editor-and-chief of The New Republic magazine. Married to Sean Eldridge since 2012, his net worth is $800 million. 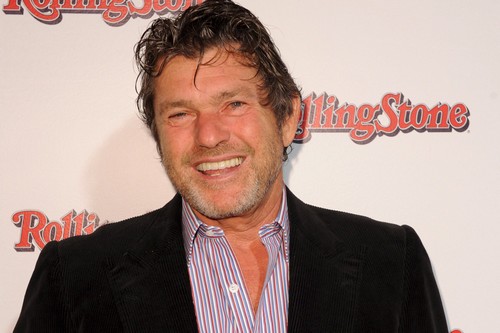 Jann Wenner is the co-founder and publisher of the bi-weekly magazine, Rolling Stone. He also owns the Men’s Journal and the US Weekly magazines. His colleagues, who have worked with his since the 60s, reportedly knew him to identify as gay. In 1995, The Wall Street reported that he had broken it off with his then wife, to start dating men. This effectively confirmed his sexuality. He was noticeably happier with the break up than ever before. He has earned $700 million from his media empire. 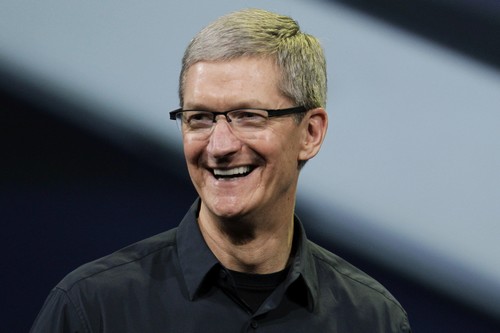 Tim cook is the CEO of Apple, and is the latest to join the list of the most successful LGBT people, as he officially came out when he discussed his sexuality in public in Businessweek on October 30, 2014, taking the entire world and social media networks by a storm, though it is wrong to say he was ever in the closet. He admittedly acknowledged his sexuality as he thought it could potentially help those who are yet to come in terms with their sexual identity. His net worth is over $400 million. 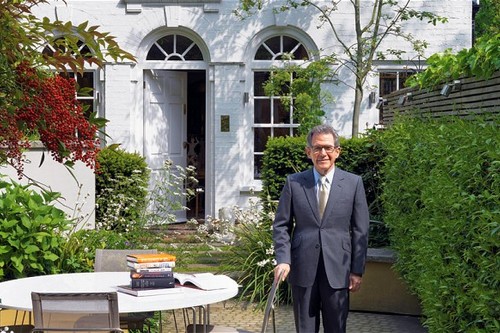 Lord Browne was the CEO of British Petroleum, the oil and gas company that is notorious in the media for its involvements in nasty incidents. Long before Browne decided to discuss his sexuality in public, he was outed by a tabloid, after he had successfully kept his sexual identity a secret for a long time, in fear of being ridiculed by his colleagues.

Some of the other wealthy LGBT people are Even today in the 21st century, the LGBT people are subject to hatred, bigotry, stigma, discrimination, ridicule, crime, etc. so much so that they try to keep the truth about their gender and sexuality under wraps. However, these famous people come out to make a point: to reach out to those who are scared and let them know that there is no need to be afraid, to make them believe that as long as they hold on to hope and keep believing, there will always be a time when they will not need to be scared, and find a place in the society as they truly are.