“Our culture runs on coffee and gasoline, the first often tasting like the second.” Edward Abbey, couldn’t elucidate any further about our current society. The sweetness of gasoline money got the Arab emirs building green cities at the very heart of deserts, got their ‘ratchet’ kids running all over Europe with their expensive ‘toys’ and even got the United States making billions of dollars in the Middle East. However, it has got the ‘street-wise’ guys and big companies making a lot of money. In fact, the biggest gasoline thieves are the oil companies. Street wise guys probably take home 15% of the total stolen oil. These guys have devised and perfectly mastered some techniques, something which a few motorists can fathom. It is alleged that every year 70% of motorist get robbed a liter or more. 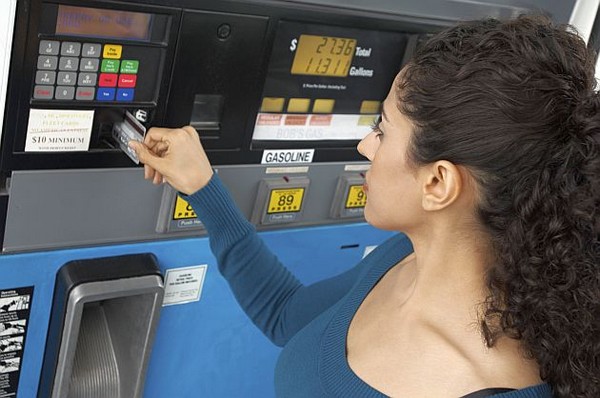 Radio Frequency Identification or simply RFID involves a use of radio waves to read and capture information electronically stored on a tag attached to an object. The RFID device serves the same purpose as a bar code or a magnetic strip on the back of a credit card or an ATM card.

Many gas stations offer Speed Pass-style, pay-by-RFID. However, the encryption ciphers in these cards are vulnerable to a brute force attack as a new breed of unethical hackers have cracked these codes and gained access to thousands of liters of free petrol at our cost, without our knowledge. How? Some of our chips are re-writable, it thus makes it easier for the hackers to delete or replace RFID information with their data. All that hackers require is to be at a closer proximity to their targets and with no time they have a full supply of gas for the rest of their lives!! 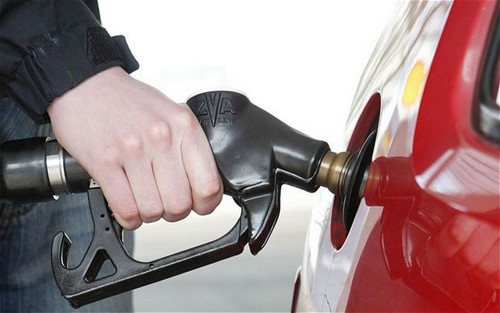 It may seem a little bit strange that, some petrol pumps have rigged meters that start ticking even before petrol starts to flow from the hose. A motorist may not fathom the trick used and will end up paying more than the quantity of gasoline pumped in. The petrol stations thus end up with lots of gasoline which economically translates to profits and more profits worth millions of dollars.

This tactic has been one of the smartest ways used today and is slowly becoming a trend in other petrol stations. It has proven difficult to arraign suspects of this vice and get them to jail as they always pretend not be aware of such meters, others give a quick bribe to motorists not to expose. In Tamil Nadu for instance, when a motorist discovered that, the manager gave him Rs. 500 off. 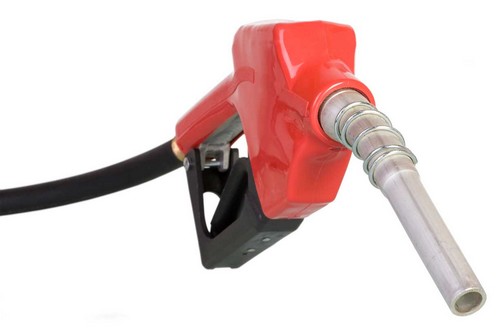 Pumps save a lot of petrol when long pipes are used. A perfectly good meter will show you that a certain amount of petrol has been pumped out, but that amount hasn’t gotten into your tank. Some of it is still in the pipe and goes back to the pump. Thus through the day, the number of liters that stations steal from motorists can be enormous.

The extra length distance created increases the pipe’s capacity thereby acting more of a reservoir rather than a conveyor. Since motorists are always in a hurry, they can’t understand that they have just unwillingly ‘donated’ a liter or so of petrol. Now, imagine a hundred motorists undergoing the same trickery, then you will realize that in a day, they are clinically robbed more than hundred dollars. 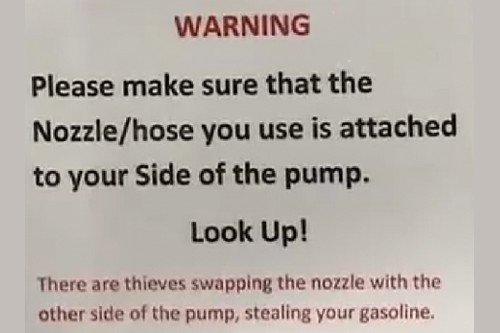 Thieves take the gas hose from one side of the gas pump and switch it to the other side in a pretty quick switch. The hose going to be used thus from the other side of the pump. The thief then will wait for the victim to drive up and put the pump they just switched into their gas tank. As the victim starts to pump, the thief pumps at the same time leaving one not to suspect anything. The thief then drives off with a full tank. The victim then gets into his car and notices that the gas needle hasn’t moved. By the time he is figuring out what has just happened, the thief is miles away thanking his victim for being such a dummy! 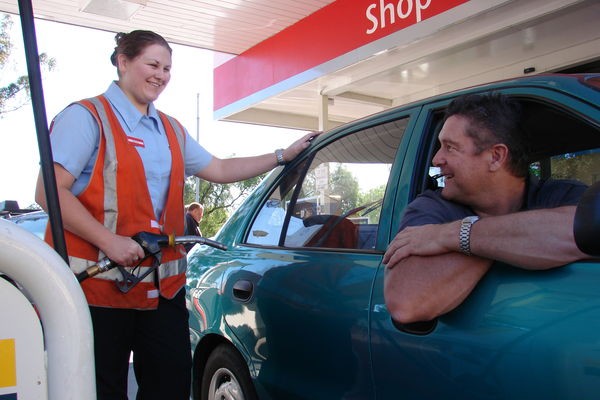 The attendant approaches you with an innocent look and asks how much petrol you want. You calmly reply that you only need $100 worth of petrol. He stops at $20 while configuring the meter, reconfirms and updates the value by $100.You might think that you are receiving petrol for $100, but you are only getting petrol for $80, as he has not reset the meter. Absolute genius, right?

It is so astonishing that recent reports have come up suggesting that most petrol station owners are the biggest thieves in our morally upright society. Figure this out, in Kenya; an ordinary hustler caught stealing a liter of gasoline gets a couple of years in jail, while those who steal thousands of it continue to enjoy the pleasures of life. Did I just indirectly say a holiday in Maldives? 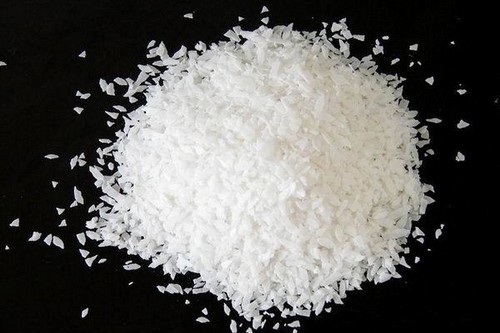 Naphthalene is a by-product of the petroleum distillation process. It is as dense as petrol and leaves no residue and therefore, it can be easily substituted for petrol. Some attendants seem to have figured this out as they mix some of it in the petrol tanks. However, we are none the wiser as we unknowingly fill up less petrol than we bought. It is more of adding water to the milk to make a liter and convince buyers to buy it for it has all the essential nutrient elements.

It’s not strange to most of us who were brought up in ghettos to get adulterated products. Even technology is not spared. The last time I was tricked into buying an Apple 6 only to find out it operates under an Android operating system.

This is a method which involves creating a distraction while the thief’s accomplice swaps someone’s paid for pump into their tank. The thief may decide to start a false argument with the victim. Having captured the attention of the victim fully, his accomplice gets busy draining the victim’s car tank. It is easy to employ this tactic as no special tools or knowledge is needed. This method, however, doesn’t guarantee one a full tank as it takes a short period and the risk of confrontation is high.

The next time you are in a fueling station, and you bump into a guy whom you’ve never met, the chances are that he is devising a well-calculated move to drain your car. We are supposed to keep vigilance in this areas. Never trust the corrupted security systems, these guys are just as bad as the guy pretending to guarantee your security.

3. Sticking fingers in the nozzle of the hose 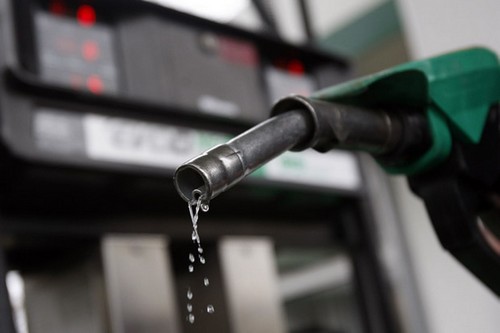 Ever tried sticking your fingers on a water pipe? Water will start getting out faster, right? This principle has been implemented into this industry, as they both belong to the same class of matter-the liquids. However, what many people might not know is that this method reduces the flow speed of the fuel and can save up a liter at a time for the station.

This tactic moves a well off meter very fast and convinces the motorist into believing that his intended amount has gotten into their car. Meanwhile, what has transpired in a series of events is that we have been silently stripped extra cash from our wallets. We didn’t know, now we know. First thing after asking the attendant for the fuel don’t sit in your car. Get out and supervise the whole process and make sure to smell his fingers if they have the petrol odor. 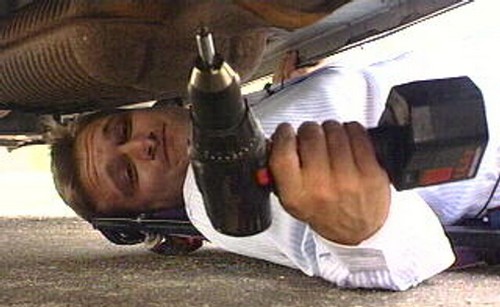 This method is easily carried out but has been associated with lethal risks. In some instances, deaths may result. What thieves do is that they Climb under their target car with a drill, makes a hole, slides container under the cascade of highly flammable liquid while trying as much as possible to avoid any open flames, switched on cell phones and static electricity. As stated earlier, this method is very dangerous since gasoline is most flammable in the form of vapor. One may not see the vapor but by actually drilling a tank, they are removing a liquid while leaving behind vapor. Most of them have ended up roasted in the act while trying to light a cigarette. However, some them may manage to avoid setting themselves on fire, therefore leaving the highest probability of death when the owner tries to start it as the chance that the car blowing up is high.

1. Siphoning fuel from someone Else’s tank 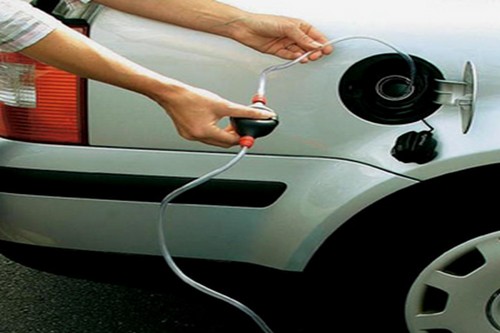 This method is the most used in this vice. It is very simple as it involves insertion of a small stiff pipe into a vehicle’s gas tank then applying a suction, and immediately the fuel starts to flow. The thieves place their pipe exits below tank height and fill jerrycans. In a‘good day,’ thousands of liters can be siphoned out from our car tanks. This is commonly practiced in secluded locations. However, suction by mouth may result in health complications such as cancer and severe vomiting.