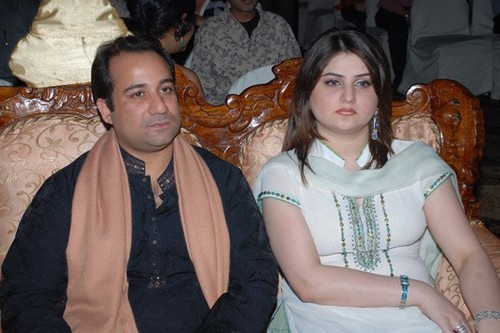 Pakistan is the home to some of the greatest musicians of all times. Such is the talent and voice of these singers that Bollywood, today, is filled with such great talents as Atif Aslam, Adnan Sami and Ali Zafar, to name just a few. There are also some excellent bands like Strings, Fuzön and Jal, which are doing excellently well in India, and have fans from both sides of the border. While these contemporary artistes have been able to unite the countries with modern popular music, there are some traditional Pakistani singers who have held on to the essence true to the music and culture of the two countries. Let’s remember some of the legendary Pakistani singers (male) famous in India for holding onto or reviving the originality of the two brother-countries. 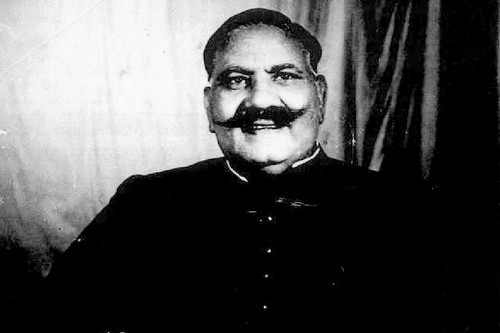 Ustad Bade Ghulam Ali is probably the most prominent of classical singers. Born in the then Punjab province of British India named Kasur that became a part of Pakistan after Partition, he was well-versed in Sarangi, and received vocal training from a very early age, which eventually led him to become one of the most accomplished artistes in the Pakistan and India. He was the true representative of the commonness between Pakistan and India: he did not believe in the Partition, and thought that if one child trained in Hindustani classical music in each household could prevent the Partition. He lived and performed in Lahore, Bombay, Calcutta and Hyderabad. Yaad Piya Ki Aaye, Ka Karu Sajni, etc. are songs sung innumerable time and turned into different renditions in India. It is not right to give him a nationality because his home was the world of music. 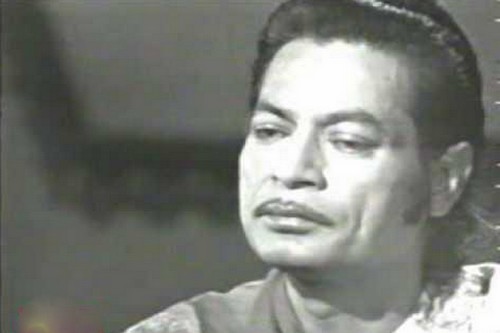 Ustad Amanat Ali Khan was a Pakistani classical singer born to a musical family in Hoshiarpur of Punjab. He was the grandson of Ali Baksh Jarnail, the founder of the Patiala Gharana. His strength in Hindustani classical music was, naturally, unparalleled, and he became famous at an early age with his Mehfil performances. After the Partition, he continued his singing career in Pakistan and became famous throughout South Asia as a representative of the Patiala Gharana. He has gifted the world with songs like Yeh Na Thi Hamari Qismat, Yaar Ko Maine and many more, written by the best poets of the time, such as Mirza Ghalib and the like. 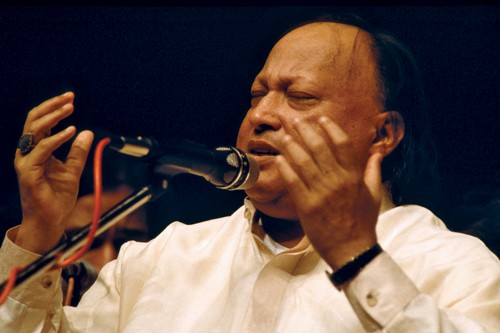 Shahenshah-e-Qawwali, Nusrat Fateh Ali Khan, was known for his eminence in the Sufi genre of music, as well as Qawwali. He also won hearts with his renditions of traditional folk music. Born in Faisalabad, his father wanted him to become a doctor, since he was of the idea that Qawwali singers had a low social status, But, Khan’s talent completed his father to relent, finally. He has left behind a plethora of the masterpieces in Urdu, Punjabi, Persian, Braj Bhasha and Hindi. Kinna Sohna, Kacche Dhaage, Piya Re, Dulhe Ka Sehra, and many more of his songs have been used in Bollywood films, the western fusions of the traditional songs have also won over hearts. 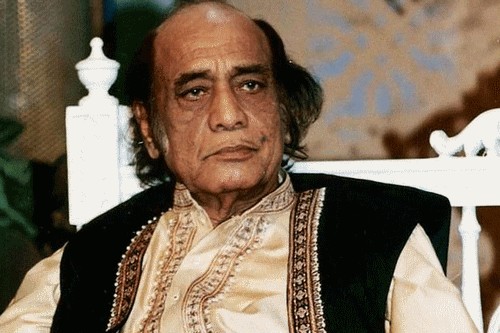 Born in Rajasthan to a family with a long tradition of music, Khan Saab received his training from his father and his uncle. As he grew up, he had to face financial hardships that led him to become a mechanic. But, his love for music never died, and he kept practising with diligence. As luck would have it, he eventually became a noted playback singer. His calibre as a singer of Thumri, Dhrupad, Kheyal, etc. have been proven. But, he is most renowned as King of Ghazals. Even Lata Mangeshkar, with whom he had the duet, Tera Milna, was full of praise for him. Perhaps, the most soulful song which he is associated with is Ranjish Hi Sahi. His husky voice reverberates in the mind of every Ghazal patron. 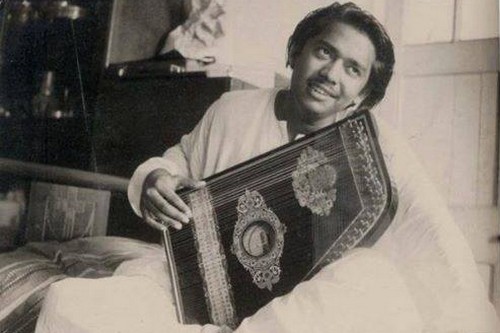 Ustad Salamat Ali Khan is a member of a musical dynasty of Pakistan. He has a glorious career with his brother, Nazakat Ali, as they together gave some of the most stirring performances in Indian music. He was an exponent of the Chamchaurasi Gharana that specialized in Jugalbandis in Dhrupad style. After the death of Nazakat Ali, Salamat Ali Saab continued to record solo as he believed that as a part of such a musical family as his, it is his responsibility to sin, irrespective of professionalism or emotions. He is considered one of the greatest vocalists of the 20th century, for his Khayal singing.

Rahat Fateh Ali Khan is one of the most distinguished of Sufi Qawwali singers from Pakistan. He is greatly admired in India for being the Sufi voice in mainstream Bollywood films. He sings Ghazals and light music, besides being an expert in Qawwali. As the nephew of Ustad Nusrat Fateh Ali Khan and the son of Pakistani singer Ustad Farrukh Fateh Ali Khan, he carries forward the tradition of music in his family. Mann Ki Lagan, Jiya Dharak Dharak, Naina and O Re Piya or only a few of his extremely popular Sufi-style songs in Bollywood films, which have largely influenced the young generation to take an interest in the traditional forms on music. He has also worked in Hollywood. 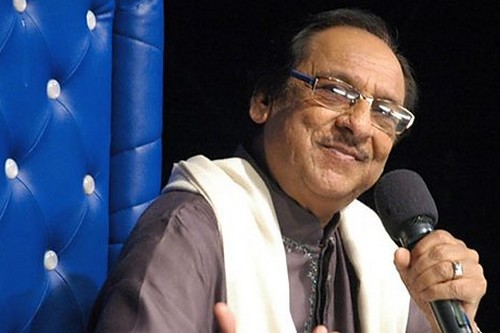 Ustad Ghulam Ali is one of the most distinguished Ghazal singers alive. Born in the Sialkot district of Punjab, which became part of Pakistan after Partition, he was named by his father after Bade Ghulam Ali Khan, whom he became a student of, later. In course of time, he developed a unique style of singing Ghazals by blending Hindustani classical music with it. He is highly popular in Pakistan and India, as well as Nepal, Bangladesh and South Asian Diasporas. His Ghazals that set the mood in any concert are Chupke Chupke, Hungama Hai Kyon Barpa, Awargee and Apni Tasveer Ko Seene Se, to name but, a few. Many of his Ghazals have been used in Bollywood songs, and he regularly has concerts in India. He has also sung Nepali Ghazals. 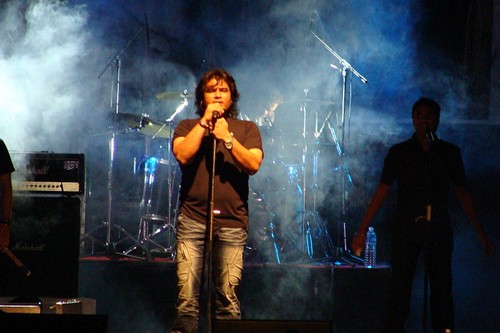 Primarily known for being the former lead vocalist in the Pakistani band, Fuzon, Shafqat Amanat Ali Khan is a classical singer, born to a very musical family as the son of Ustad Amanat Ali Khan. His first teacher in music was his grandmother. His band, Fuson, follows a unique style of music in which they blend classical music and rich, poetic lyrics with western instruments like electric guitar, drum, etc., which makes Fuzon a distinctive alternative rock band, and Shafqat Amanat Ali was its rightful lead singer, delving in jazz and ragas. He concentrated on his solo career after leaving the group, and gave the world folk and Sufi performances. He is one of the most popular voices in Bollywood, known for the rustic huskiness. The songs that he is most associated with are Mora Saiyan, Aankhon Ke Sagar, Mitwa, Ye Hosla, etc. 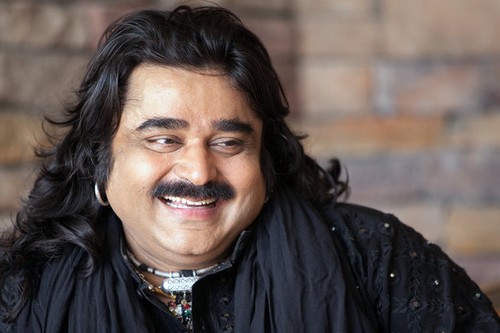 Arif Lohar is a representative of the heritage of traditional Punjabi folk music. This singer for Pakistan is known mainly by his tong-like instrument called the Chimta, and his bold voice. Born in the Gujarat District, Punjab in Pakistan, Lohar started singing with his father and brothers, all folk singers, from a very early age. He also tried his hand at acting, but, returned to his true passion at the age of 22. Since then, he has toured all over the world, and been widely recognized. He has also lent his voice to several Pakistani films, including Jugni, the highest film of Pakistan in 2012. He is most commonly associated with the songs, Chambey De Booti and Jugni, especially in India for his performance of the songs on the Pakistani Coke Studio. Later, Jugni was also featured in the Bollywood hit, Cocktail. 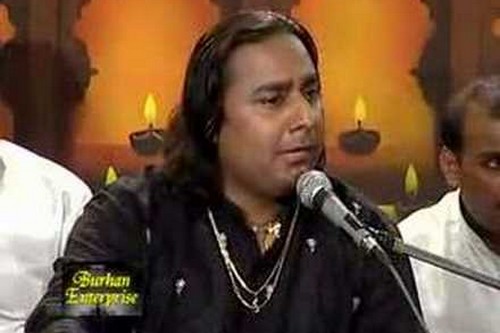 Shafqat Ali Khan is considered a master of the Ghazal tradition of Indian classical music. A descendent of a family of musicians, which has a 500-year old history in music, he is the youngest son of Salamat Ali Khan. With music running through his veins, he started performing to it from the age of seven years, and has received many accolades for his unique and contemporary style of singing and soulful voice, which make him an illustrious singer in India. His songs and albums are popular among the connoisseurs of his style. His song, Vichodeya Ne, for example, was featured in a Bollywood film.

These legendary Pakistani singers, and many more, with a strong foundation in the genre of music that is profoundly a great treasure of both India and Pakistan, have blurred all borders and established the brotherhood between the two countries that is strong enough to face all other challenges. This is follow up list to the 10 great women singers from Pakistan of all time.