Animals never fail to surprise us. Remember the previous list of some most amazing and interesting facts related to snakes. Well, this once is even more astounding. Let’s, dig in and find out how animals and humans have similar intelligence traits in 10 lesser-known facts about animal intelligence.

10. Lemurs Can Steal Food From Your Plate 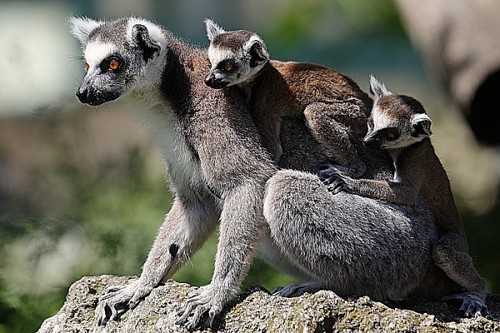 As an experiment in ‘social intelligence,’ The Duke University researchers made a study on ‘animal intelligence’ by conducting a series of experiments involving humans and lemurs from both small and big group. In one experiment, blind-folded humans were left with food on plates and it was observed that lemurs from large groups could quickly understand the purpose of the blind-fold and end up steal food off the plate. Now, all lemurs essentially have similar sized brains. So this proved that living amongst large social gathering helps animal learn and grow significantly.

9. Wolves Copy Better Than Dogs Do 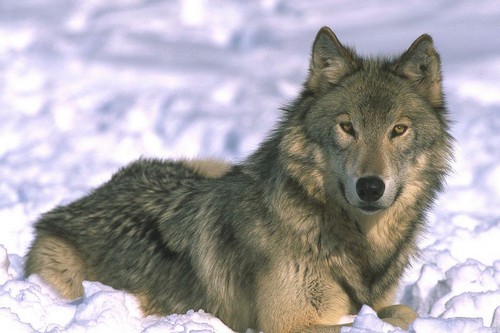 A study published in the PLOS ONE journal, says that wolves learn better than dogs. Scientists had made a study of fifteen six months old mongrel dogs and fourteen six months old wolves. Each of the animals was made to observe a trained dog opening a box and getting rewarded for the act. At the end, all the wolves successfully open the box while only ten dogs could pull-off the act. The scientist wondered if age had made any impact on the experiment. So in the next experiment, the older animals were led to open the box without a trained dog showing them how to. None of the wolves could open the box that goes to say that the wolves are good at copying. This natural trait is probably due to the fact that wolves live in packs and are dependent on each other therefore they are often used to copying one another. 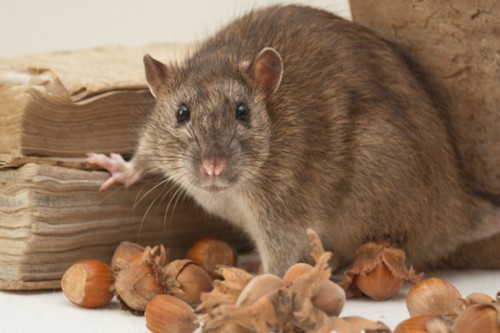 Humans have ‘working memories’ so does crows. For humans these memories help to store and process information. ‘Working memories’ are memories for intermediate results that must be held during thinking. Now Researchers at the International School for Advanced Studies were pretty startled to find such memory in rats. Like humans, rats have memories that store information used in ongoing processes. Researchers found out that the rats used in the experiment respond with their whiskers, to vibrations the same way a human would have done with their fingertips. It was concluded that it was the rat’s working memories that had helped it to see and decide on how to respond to a stimuli. Though researchers haven’t really figured out which part of a rat’s brain is responsible for working memory.

7. Dogs Remembers Us When We Are Not There 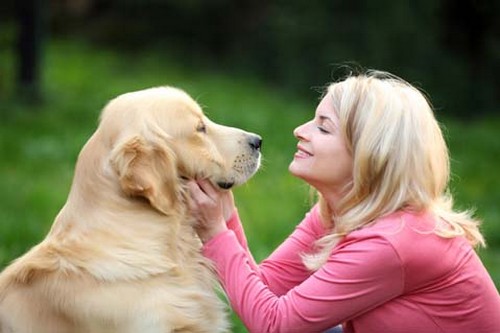 The Behavioural Processes journal published a research that they had done on 12 dogs where smell was used to see how a dog reacts emotionally. The research dogs were presented with the smell of one familiar dog and one familiar human (probably the master) & also the smell of one unknown dog and one unknown human. A scanner was attached to their brain that showed the dogs reacting strongly on the smell of the familiar human even more than the smell of the familiar dog. So dogs tend to remember us when we are not present and possibly, are more attached to the master than other members of its own species.

Also see the list of world’s most unique dogs. 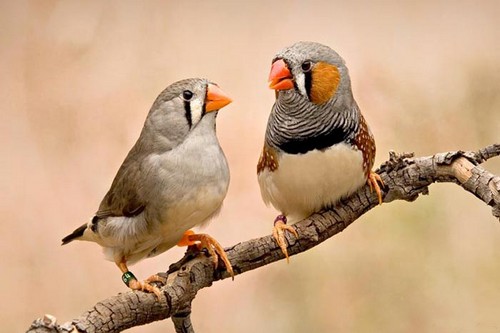 Zebra finches have learned to fake it. When sick but faced with a potential mate they’d try to appear robust. The same goes, when they are in front of young one’s (probably attempting to show no weakness) and also when faced with enemy threats. In this way zebra finches change their behaviour in accordance to their social circumstance, something like humans, isn’t it? But when not faced with such adverse situation, they rest and therefore any possibility of spreading their diseases gets dim.

5. Monkeys Are Biased In Their Judgement 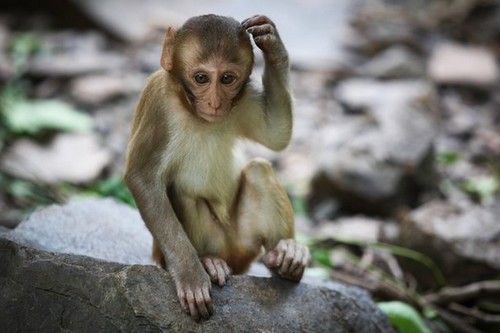 Did you know monkeys can be superstitious too? A team of researcher in the University of Rochester while conducting a study on three rhesus monkeys found out that monkeys were biased, just like their brainier fellow beings, and saw patterns in random events. Taking them as signs of victory they’d stick to them, follow them for week. In this particular research, the monkeys were initiated to a fast paced game where they were given two options, choosing the right one would get them a reward. There were three kinds of plays and the first two being easy was completed quickly. But the third one was difficult and it was observed that the monkeys tried playing the third one, in the exact way they had played the early one’s in which they had succeeded. They went on playing the same way for weeks with about 1,200 opportunities given. 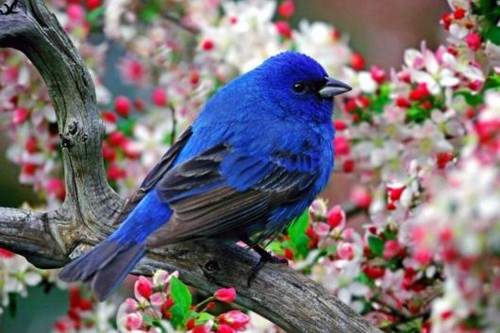 Researchers from Duke University, claim that their study on song bird have proven that male song sparrows experience loss of memory because they use up most part of their brain to learn song. And that the female song sparrows judge them for their mental capabilities of finding food before becoming their mate. As weird as it may sound, but the test conducted on them, saw birds singing fewer song were able to retain the memory of where the food was unlike the one’s who sang abundant. There were, however a few exceptions found, like the starlings, who in spite of singing more songs were able to quickly solve the given puzzles. 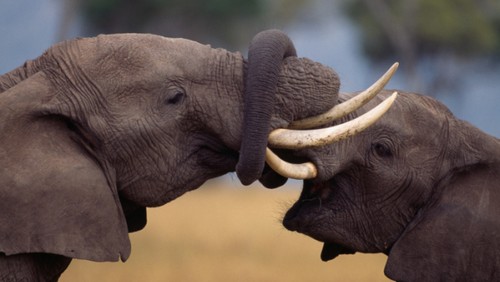 Consolation, though rarely found among animals, has been previously perceived among canines, ravens, great Apes and few other corvids. Now a study published in PeerJ journal claim that the Asian elephants are also one among them. For over a year, researchers studied a group of twenty six elephants, kept in captivity and discovered a startling behaviour. When one of the elephant got distressed on seeing a snake or a dog, other elephants were observed to go over to her/him and physically comfort her/him. They would even make chirping sound that are probably words of comfort in the elephant kingdom.

2. Fruit Flies Think Before They Act 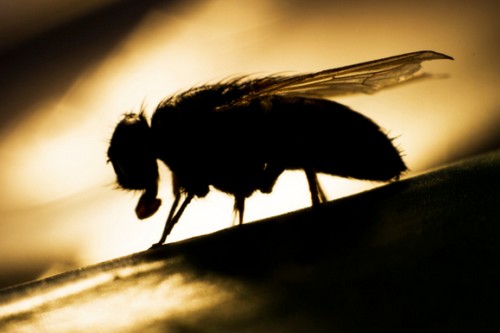 A fruit fly survives for only 60 days so you’d think they don’t get time to even develop their mental abilities. But a study by researchers from Oxford University proved that fruit flies not just think before they act but actually put a lot of thought before acting, especially before making difficult decision. Their experiment was conducted on trained Drosophila fruit flies who were to stay away from a particular concentration of a particular odour. When placed inside a narrow container whose one side contained the odour concentration to be avoided and the other side contained a different concentration of the same odour. The flies quickly avoided the side they were trained to avoid but when the odour concentration became hard to distinguish, the flies took more time to conclude, which side they were supposed to head. This proved that there was decision-making process involved. 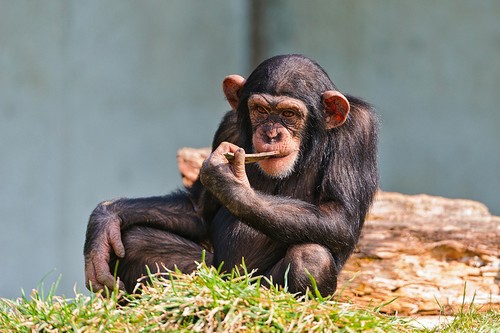 A study published in ‘Animal Cognition’ made a startling revelation about chimpanzees, that they are capable of starting fashion trends. That’s right. The experiment further went to show their copycat behavior, similar to humans. Apparently, a female chimp named Julie had established a new trend, namely, poking grass into both ears. Soon other chimps began copying her and when Aunt Julie died, the trend remained intact with few of the chimps. Researchers are of the opinion that, this isn’t some random behavior, the chimps loved it and therefore actively tired copying it, like fashion trend that was once popular and still is sparsely trendy even when the originator is died. Something like Audrey Hepburn’s ‘the definite little black dress’ from a 1961 film. People are still crazy about it, and I count myself one among them.