It’s such a sympathy to the view that the word ‘Transhumanism’ has caused and is still causing more confusion than clarity. I have been taking a greater interest in the content of other ‘thinkers’ who have brainwashed the dynamic society with religion and human ethics as a way of antagonizing the freedom of man to advance humanity. One thing they pretend not to know is that the average human being has always wanted to be more. To do extraordinary things and live a life worth living. According to Nick Bostrom, Transhumanism is an intellectual and cultural movement aimed at overcoming fundamental human limitations through applied reason by creating and developing technologies to enhance human intellectual, physical and psychological capacities. Therefore, a transhumanist seeks to bridge the gap between humanity and post-humanity

Just recently, Kevin Warwick, a British professor of cybernetics and a staunch trans-humanist, announced his involvement in a collaborative project with Prof. Tipu Aziz, the Oxford University neurosurgeon, to use brain implants powered by intelligent computer methods to predict and stop tremors associated with Parkinson’s syndrome. The Daily Mail has so far termed this project as “the most significant recent advancement in biomedical engineering”.

10. It is a key factor to Dehumanization

It has been alleged that the advancements in Artificial Intelligence has posed a threat to humanity. The Introduction of Cyborg concept as the human genome is subjected to various changes to achieve better cognitive functions, stronger and healthier bodies. The education system has lacked critical thinking skills and an increased dependency on calculators and spell checks has eliminated the ability of the brain to progress.

The misconception has been ruled out with the various school of thoughts insisting humans have evolved to reckon with other humans in so many ways for transhumanism to ever create a society where the human being is the second option to a computer. Humans have undergone evolution in their responses to intimately connect with other humans, and anything else is a substitute that humans are mostly aware of. Although it may be possible to create humanoids, it is impossible to create the evolution responses like the ability to choose a morally upright lady for a holy matrimony!

9. It advocates for Eugenics

Eugenics refers to the practice of attempting to improve the human gene pool by encouraging the massive replication of people considered to possess desirable traits and preventing the reproduction of those considered inferior or with undesirable traits. Eugenics wars or the great wars were explained through science fiction’s Star Trek series. It involved a series of scientific attempts to improve the human race through selective breeding and recombinant DNA technology to come up with ‘supermen’ commonly known as augments. The Augments had intelligence twice that of a normal man, five times stronger and with 50% improved lung efficiency. Eventually, they became ferocious and uncontrollable and ended up killing their ‘creators’ and dominating the earth. This is a misconception which was derived from the movie series, but critics speculate that Transhumanism might be launching such augments for the future.

8. It trivializes the human identity 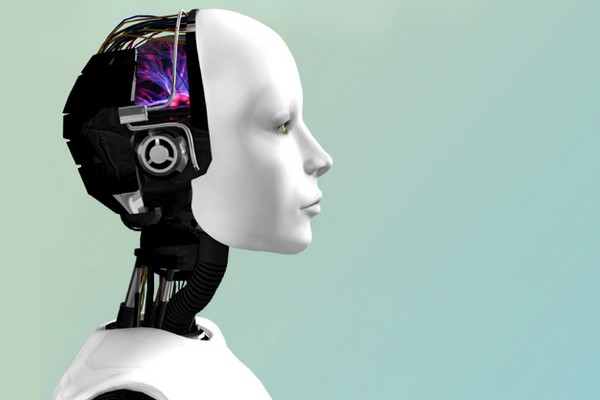 Francis Fukuyama and Leon Kass, critics of human enhancement have claimed that the practice undermines human dignity and erodes human equality as it modifies human minds and bodies and gives humans supernormal abilities. These abilities may end up changing the way a person looks and behaves and make them difficult to be identified as ordinary humans. It is also argued that transhumanists take it upon themselves to determine what is good or bad in a human.

However, this is apocryphal as Transhumanism has roots in secular humanist thinking and the range of thoughts, feelings, experiences and activities accessible to human beings constitute a small fraction of what is possible. Just as a monkey lacks the power to understand what it is like to be human, so is the ability of humans to create a realistic, intuitive comprehension of what it would be like to be post-human. Nick Bostrom also regards Fukuyama’s argument as flawed since evolutionary biology reveals that there can be no distinctive human essence since the human gene pool is not fixed.

7. It is an Existential risk 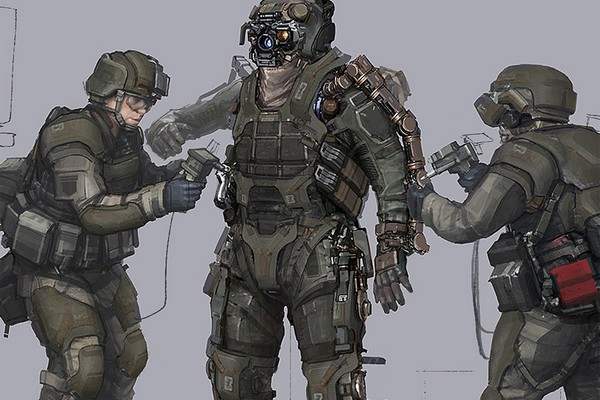 Existential risks are categorized as global, terminal risks. A good example of such risks includes moderate global warming, economic recessions and threats to the biodiversity of the Earth’s ecosphere just to mention a few. Therefore, a good definition would be risks that their adverse outcome may either annihilate earth originating intelligent life or permanently cripple its potential therefore imperiling humankind. Critics have continually brainwashed the general public with the ills of military advancements such as nuclear weapons. They have also continually speculated that thirst for power among nations with such complex weapons might lead to the creation of world war III.A war that may be fatal enough to see the extinction of humanity.

However, this will never happen since sophisticated verification technologies have been developed to the rogue nations with nuclear weapons to detect any illicit activities. They include the use of visible light communication technology for GPS navigation in large facilities by the inspectors. This is because nuclear facilities are large and inspections are timed.

6. It aims at Contempt for the flesh (fountain of youth Misconception) 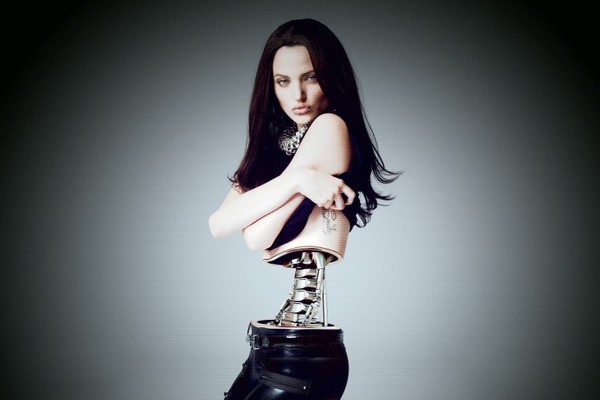 The desire of trans-humans to forever drink from the fountain of youth, has been welcomed with criticism. The ‘thinkers’ have argued that the concept of regaining youth by mimicking hormone levels of a young person is a very hazardous proposition, and it’s driving people to the extreme end of the ‘cosmetic sugary.’ Lethal chemicals such as Botox are injected, to attain a younger look and may cause fatal food poisoning. People especially women risk it all to remain younger and have ended up either broke or with health complications.

However, this is not the case as per professional physicians, since they have defended this emerging trend by insisting that the complications and problems occur only in patients who are not maintained within physiologic levels and once injected they need to be complimented with diet and exercise. Ideally, no drug works best without a good diet and some fitness.

5. It is Infeasible (future hype misconception)

It is argued that transhumanists are wrong about how fast technology progresses and the things that they think will happen in the near future. According to Max Dublin’s book, Future Hype: The Tyranny of Prophecy, the movement is full of scientism, fanaticism, and nihilism in the advancement of its cause. The advancements in medical science are viewed unachievable and unrealistic.

However, the radically changing future advocated by the exponential increases in humanity’s technological capacities stands a good chance in predicting the pace of innovations. Many of the seemingly implausible predictions of early Science Fiction writers have indeed come to pass, among them Travel to the moon and nuclear power. Google Company seems to find feasibility in transhumanist ideas as they have created their company Calico to come up with a solution against aging!

4. It poses a threat to morality and democracy 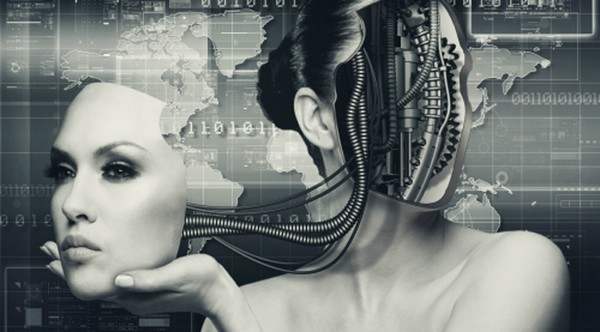 Critics have speculated that if trans-humanists triumphantly achieve what they want, we will be a society of lethargic human beings. The fiber of our moral ethics will be eroded by a wave of half humans, half machines ‘things’. In simple terms, man will be a creature of social reality as well as a creature of fiction. Therefore bringing an end to the moral equality.

It also argued that only the aristocratic class will be able to rule over the poor ones who won’t probably afford a full tech-equipped bionic arm or eye. The ‘cyborg’ rich will thus use the ordinary humans as slaves and may end up coming with their rules which may not be human-friendly and instead result into a rapture of endless warfare.

However, this speculation lacks tangible facts, as humans and machines have continued to co-exist in a harmonious relationship with the latter bowing to each and every command from the former. Basically, transhumanists aims at installing moral ethics in robots in compliance with the set International laws.

3. Transhumanism will lead to a Genetic divide

A bunch of Libertarian Critics among them Bill Mckibben have suggested that emerging human improvement technologies would be disproportionately accessible to those with an outstanding financial resources. Therefore, the lacuna between poor and rich will be aggravated leading to the creation of a ‘genetic divide.’

However, there is no sufficient real life evidence as these views have been `based on the 1997 film Gattaca to depict a dystopian society in which one social class depends entirely on genetic modifications.

Transhumanism does not play God, but God gives humans the ideas to set things right for the benefit of humanity. Moreover, Joseph H Taylor puts it clearly that a scientific discovery is more the same as a religious discovery, and there is no conflict between Science and religion. The knowledge of God is made larger with every discovery made about the world. Albert Einstein described God as the Deity-a superior intelligence. The Lord of all creation and natural law. What Einstein meant was that no man could be God’s equivalent. It is, therefore, prudent to always appreciate the evolutionary transition of man without blaming it on God’s gift to man, a super brain. Just because a scientist somewhere came up with the technology to create a prosthetic arm for those born without, doesn’t mean he is God. That’s just pure genius! 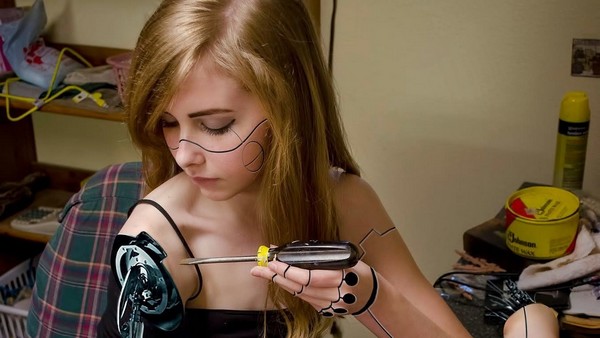 It’s been argued that since Transhumanism is the idea of pursuing science and technology to improve the human condition, then we don’t need a movement to tell us that we need to pursue technologies that will improve or alter the human condition because we have been doing what transhumanists advocate since the dawn of civilization. It’s a waste of time and resources!

The movement is, however, relevant in that it aims to transcend-that is to transform and improve human nature. It is it’s ideas that’s helping western women re-make their exteriors–using technological means-to stimulate the exteriors of young women-sometimes with, superficially (at a glance, from a distance) reasonable effectiveness. This is the success of the project in that it is socially unacceptable, a slur or insult, to tell a woman over thirty that she looks as old as she actually is!

The movement has come up with sophisticated technologies to ensure that our soldiers in Iraq, Somalia, and other war-torn zones are not susceptible to enemy attacks through the introduction ‘super soldiers’ and perhaps that one day we shall drink from the fountain of youth!