Lets face it, when it comes to Nigeria, what most people think of is the corruption, kidnappings, poverty and Nollywood, apart from Nollywood, none of the above are good news. What a lot of people don’t know about though, are the superstitions, myths and legends that have to do with the country.

The story of this folklore is commonly told in Nigerian boarding schools, now take note that in most Nigerian schools, girls must have their hair in plaits/cornrows. Anyway the story goes like this;

In this very school, some time ago, there was a girl who’s hair was the finest, it was always beautifully made and very neat, but when asked who made her hair, the girl would reply and say it was a very shy and quiet friend of hers, well people got tired of asking and dropped the subject. Until one night, one of her roommates woke up and let out a scream, there was the girl headless, plaiting her own head. 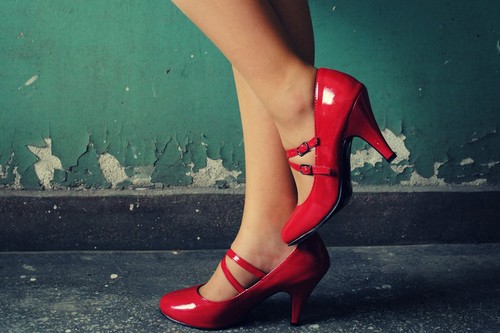 Have you ever found yourself just randomly dancing to nothing, but just dancing, happy with what your doing, well be careful and try to remember where you kept your shoes. One of the lesser known myths, the devils’ music goes like this.

If you scatter your shoes in the night before going to bed, when you wake up, your shoes will be beside your bed, if you put on those shoes you just might find yourself dancing to hell. There’s honestly no way to know if your shoes have satanic dancing powers, all you have working for you is to try and remember where you kept them the night before. 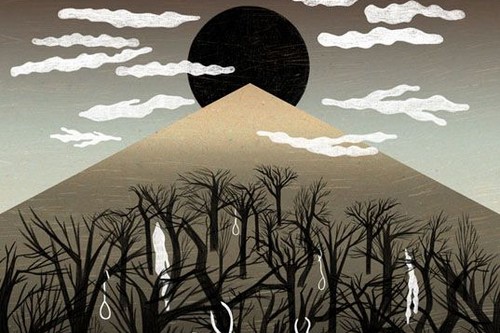 No matter how strong or brave you are, noises in the night can make anyone jump, especially if its the sound of a crying baby but before you run to help that baby, make sure it isn’t a bush baby.
The bush baby is a myth used to scare boarding school students into minding their business and staying indoors in the night.

The story goes like this, on a calm night, with the wind at a minimum, when your almost at that point of sweet sleep, you will hear crying from outside. It will sound like a baby or a toddler crying, sometimes the kid will be calling for help, now you being the good Samaritan goes outside to help the little one, just as you reach the kid, he looks up at you with red eyes and a mouth full of razor sharp teeth, you will never be seen again.

Some say, they kill and eat you right there, while others say they drag you down to hell.

The moral of this story? Stay in bed and mind your own business.

The jinn is said to have an Islamic background, mostly popular in boarding schools that have a majority of Muslims, that fact does not make them any less scary.

No one is sure what they look like, but it is agreed that they are very small and sometimes invincible, but one thing that is believed is that they are mean killing machines, especially if you step on their house or children or pour water on them, and no you can’t apologise, because you wouldn’t even know that you did anything. It is believed that anthills are their homes, and so the warning goes that you should never destroy an anthill. 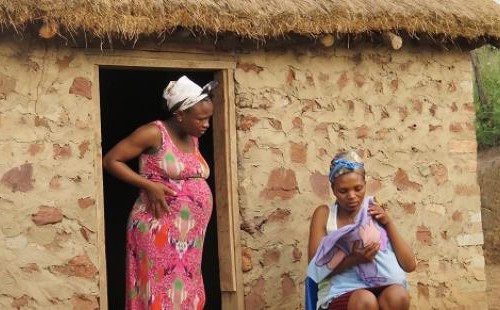 Most cultures and tribes have their own rules and beliefs when it comes to pregnant women. Nigerians are no different. 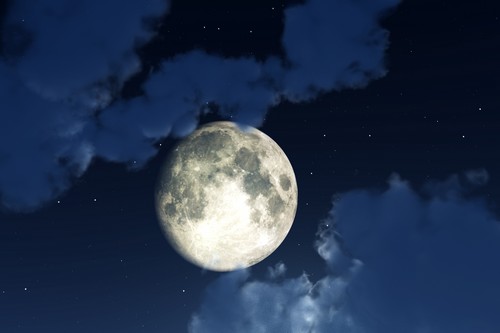 Some people enjoy whistling, making music without singing and just your lips, perfect for those who cant sing.

In some parts of Nigeria though, you must not whistle at night, Because you will wake the dead, who will whistle back at you and just may escort you back to their graves, its not a matter of question, they WILL take you. Another belief is that you will be calling snakes to you, no you won’t be able to control them.

There is a river in Kogi state which is said to be cursed, and if you catch a fish from there, no matter how much you try to cook it, it will always remain raw. Plus if you ever get injured by the bone of any fish in that river, the injury will never heal. 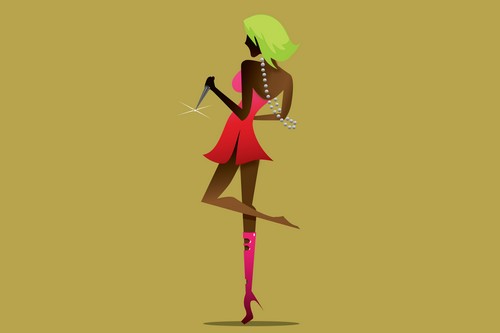 Madam koi koi is the most popular story told to all boarding school students.

One of the versions of madam koi koi goes like this. A long time ago, there was a teacher who loved the colour red, from head to toe this is all she ever wears, she was also a wicked woman who had a son.

Now, one day the children who she taught had enough of her, carrying her son, they beat him to the point of death, in the rush and struggle to save her son, she lost one leg of her shoes, angry with what had happened, she vowed to take revenge on those who killed her son. To this day she walks the earth, looking for her son and lost shoe. She can enter rooms in the night, and if you ever hear her telltale sound, koi koi koi, you immediately close your eyes and don’t open them until the sound of her heel cannot be heard again. Unless? Well, death is all that awaits you.

This is a river goddess who is described as a beautiful and graceful being, a woman who is half human and half fish, a mermaid in short.

Unlike the little mermaid though, this goddess is not a doe eyed princess looking for her true love, instead she’s out for an easy slave to carry back to her watery kingdom to serve her and her sisters for as long as they wish.

Another belief is that, if you find one brushing her hair by the beach at night, she will swim away and leave her comb behind, if you pick up this comb, she will appear to you in your dreams asking for it back, in exchange for money, any amount you want. No sex, where would you even put anything?

With all these, she is actually revered by son cultures 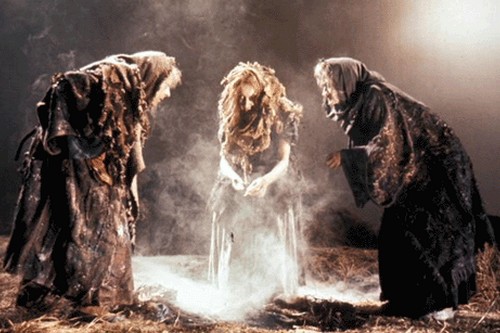 Unlike Harry Potter, those suspected of witchcraft will most likely be killed or may be asked to kill others, for a little payment of course.

A lot of Nigerians believe that witches hold meeting every night, planning how to ruin the lives of others and when they’re done with their nightly meetings they fly around for sometime, carrying out some evil acts, like murder and stealing of properties. Of course, it is said that if any of your pictures, or properties are missing, a witch has carried it away to make sacrifices with.

One of the most popular ways people believe you can become a citizen of the night, is to eat in your dreams, no matter what, as long as your eating, especially eggs, meat and sweets, you are being initiated. Most people believe that only prayers can ward them off, and others? Well they believe that creating their own coven is the only way to help protect yourself.