History of sports is full of some controversial athletes. Some athletes create controversy because of their attitude, while other athletes seem to never stay out of trouble with the law. This article featured the top 10 athletes of all time that have created a world of controversy for various indiscretions.

Throughout the history of sports, there have been numerous athletes that earned the title of being controversial. Over the last years, many athletes have found unwanted fame through doping, criminal activity, and controversial statements. Here in our list, American former professional road racing cyclist “Lance Armstrong” is at top. He has arguably become the most controversial athlete of all time.

Take a look at the top 10 most controversial athletes of all time in sports history. 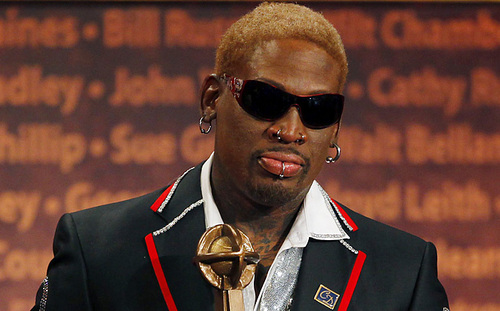 Retired American Hall of Fame professional basketball player Dennis Rodman, probably known more for his controversy and behavior than for his basketball career. Throughout the years, Rodman has been involved in many controversies including; When he wore a white wedding dress on the court while promoting a book. Rodman quarreled with referees and teammates, and was known for having a different color hair every day. 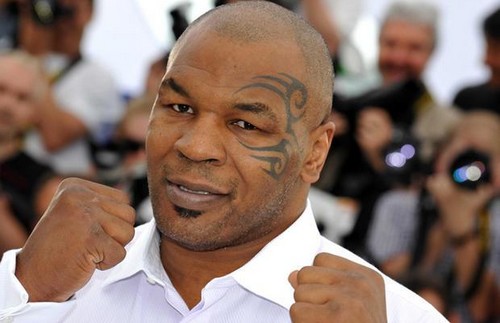 Also known as Malik Abdul Aziz, a retired American professional boxer. Tyson is a former undisputed heavyweight champion of the world. He holds the record as the youngest boxer to win the WBC, WBA and IBF heavyweight titles at 20 years, 4 months, and 22 days old. No boxer is as infamous and famous as Tyson. But there is some controversy surrounding this amazing athlete. Tyson’s most infamous controversy comes from biting the ear off of his opponent, Evander Holyfield, and then talked about ripping out his heart. Tyson also failed to make a comeback in the ring more than once, and he has also displayed bizarre behavior over the years. 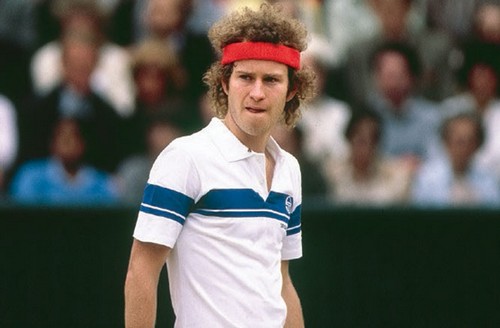 World No. 1 professional tennis player of all time from the United States John McEnroe. He won seven Grand Slam singles titles, nine Grand Slam men’s doubles titles, and one Grand Slam mixed doubles title. But people remember him for something completely different. The controversy that surrounds McEnroe is all about his crazy personality, screaming rants at tennis officials, and his angry tirades on the tennis court. One of his most famous tirades was during the 1981 Wimbledon tournament, where he uttered “you can’t be serious!” at the umpire. 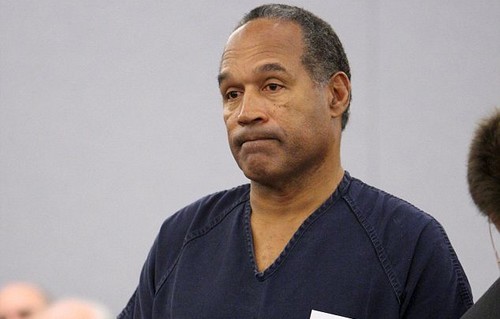 Simpson, nicknamed “The Juice,” is a retired American college track athlete, and professional football player. He was the first professional football player to rush for more than 2,000 yards in a season, a mark he set in 1973. There is not a person in the world that has never heard of Simpson, but it is not because of his Heisman Trophy, or his legendary Hall of Fame career in the NFL as a running back for the Buffalo Bills. Simpson has faced a world of controversy after his former wife Nicole Brown, and her friend Ron Goldman, were found violently murdered in 1994. Simpson was found not guilty of the two murders, but the controversy multiplied when he released a book about how he would have committed the crimes, if he had been the murderer. 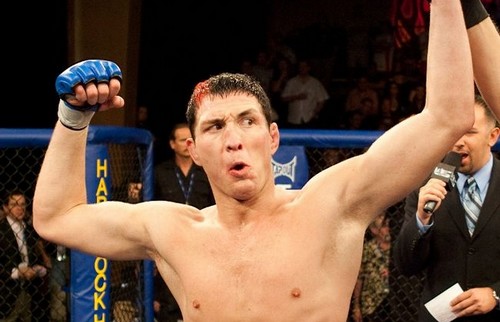 Known as Mayhem Miller is a television personality and a retired American mixed martial arts middleweight fighter, who has fought in the UFC, Strikeforce, WFA, WEC, and DREAM. There are always controversies in the MMA world, especially within the UFC. But Miller is in a league all on his own. The controversy that surrounds Miller is due to his personality, often showboating and lacking respect for his opponents. Miller is the face of “Bully Beatdown” on MTV, and branded himself as a prankster throughout the years. Miller’s antics recently got him kicked out of the UFC, and Dana White wants nothing to do with him anymore due to undisclosed incidents backstage. Even bigger news was when Miller was arrested naked inside of a church, partially incoherent, shortly after being fired from UFC. 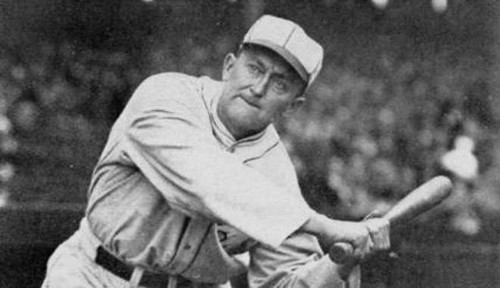 American Major League Baseball outfielder Tyrus Raymond “Ty” Cobb known by his nickname “The Georgia Peach“. He is widely credited with setting 90 Major League Baseball records during his career. He still holds several records. Controversial athletes come in many different forms, but Cobb has to be the most controversial for his off-field, evil behavior. Cobb broke many records in MLB, but his legacy is overshadowed because he had a very bad temper. He argued with everyone over just about everything, and once even strangled a groundskeeper at Tiger Stadium. Cobb was just a ticking time bomb, getting into violent fights, and his drinking made him even more erratic. 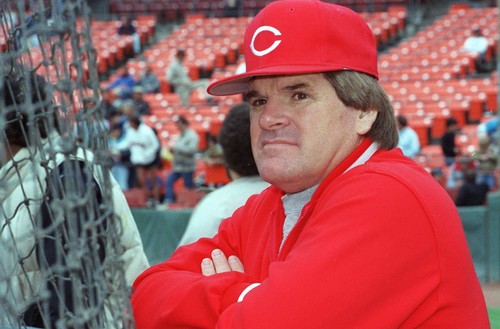 Rose was a very special baseball player for the Cincinnati Reds and holds numerous records, but his legacy is best known for betting on the game. In 1989, Rose was banned from Major League Baseball and the Baseball Hall of Fame, which was a punishment Rose accepted without saying he was guilty as charged. In 2007, Rose did finally come out and admit he did bet on baseball games while he was a manager; he was very remorseful, and wanted to finally be accepted by MLB for the great player he was. 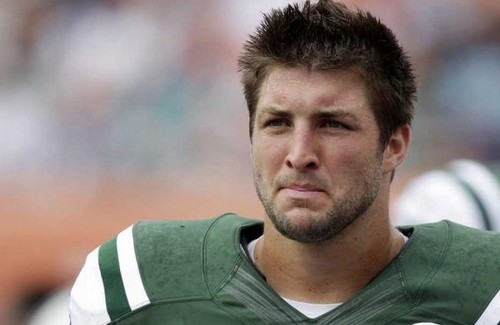 American football, Tim Tebow might be considered a very unique quarterback for the New York Jets of the National Football League (NFL). But his mechanics are not what makes him controversial. It is well-known that Tebow is very religious and has no problem thanking God during press conferences, which has led to people questioning the role of religion in sports. Tebow has often been seen during NFL games praying on one knee, which created the phenomenon known as “Tebowing.” The role of God and being so outspoken about his faith has led Tebow to being talked about all over the world. 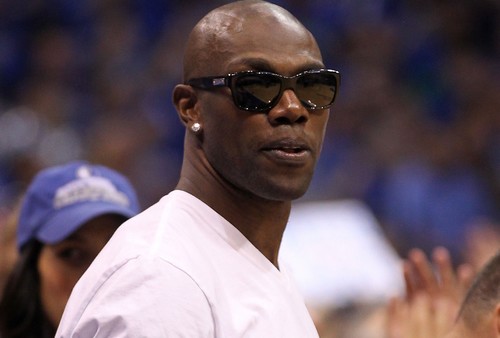 Looking back at Owens’ record-setting career, many images that first come to mind are his antics. His taunting pose on the Dallas Cowboys’ midfield star after a touchdown. His public attacks on teammates, especially Donovan McNabb. Also, his infamous press conference in which an “assistant” broke every rule in the public relations handbook. Many sports fans would lump fellow talented but controversial receivers Chad Johnson/Ochocinco, Randy Moss or Michael Irvin ahead of Owens on this list, but Owens’ actions were often more inappropriate or just plain mean-spirited. 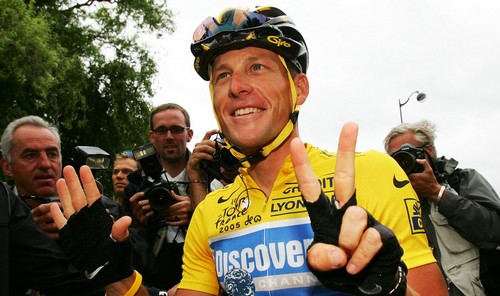 Lance Armstrong top the ranking of most controversial athletes. He is an American former professional road racing cyclist. He had won the Tour de France a record seven consecutive times between 1999 and 2005. During this period, Armstrong took first place in the Tour de France and cemented himself as one of the best in the sport. He might be seen as one of the best cyclists of all time. But he is due to have all of his Tour de France titles stripped, after choosing to stop fighting the doping allegations that have overshadowed his career. The controversy is all about whether or not Armstrong used performance-enhancing drugs during his career, but records show he has passed several hundred drug tests during his professional cycling career.