Its very common belief that women are the sign of love, care and humbleness. They are generally known to be very polite, graceful, and poised. But actually the history is full of such women that truly changed the way of thinking about women. There were over times many women whose horrors horrified the whole world. There were many most evil women who enjoyed torture, brutality, murders, and abuse for one reason or the other. We always tend to focus on the evil men in the world and forget some of the truly evil women that have lived. This article, however, will throw light upon 10 most evil women in the world.

The 10 most evil women in history of the world. 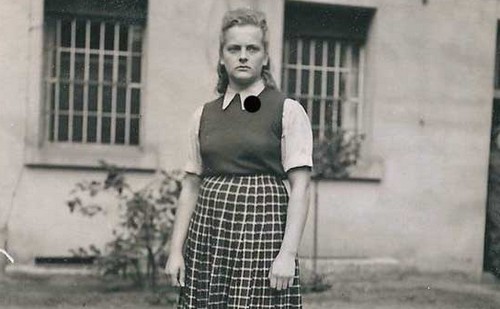 Irma Ida Ilse Grese (born 7 October 1923, Wrechen, Free State of Mecklenburg-Strelitz, Germany – died 13 December 1945, Hamelin, Germany) was employed at the Nazi concentration camps of Ravensbrück and Auschwitz, and was a warden of the women’s section of Bergen-Belsen. She was convicted for crimes against humanity at the Belsen Trial and sentenced to death. She loved torture via different painful methods and wore heavy boots as a habit. Grese also carried a pistol for the facilitation of her various purposes. Executed at 22 years, 67 days of age, Grese was the youngest woman to die judicially under English law in the 20th century, on 13 December 1945, Hamelin, Germany. She was nicknamed “the Beast of Belsen”, “The Beautiful Beast”, and “Die Hyäne von Auschwitz” 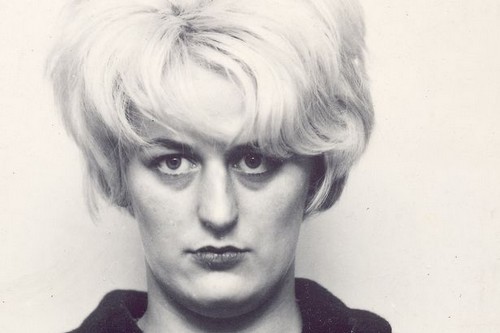 Born in the year 1942, Myra Hindley was an English serial killer. In partnership with Ian Brady, she committed the rapes and murders of five small children. Together these two monsters were responsible for the kidnapping, sexual abuse, torture and murder of three children under the age of twelve and two teenagers, aged 16 and 17. Hindley’s 17-year-old brother-in-law tipped her off to the police. Hindley plead not guilty to all of the murders. She was found guilty of three murders and was jailed for life. She was never released, and died in prison in 2002. 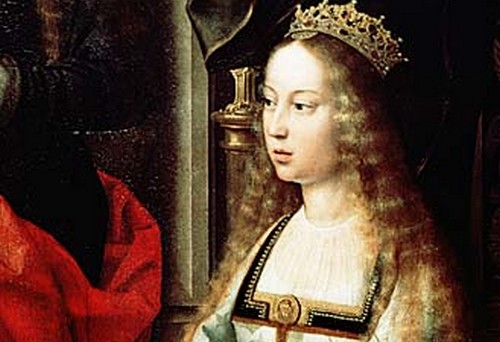 Born in the year 1451 and died in 1504, Isabella the Catholic, was queen of Castile and León. She and her husband, Ferdinand II of Aragon, brought stability to the kingdoms that became the basis for the unification of Spain. Isabella and Ferdinand are known for completing the Reconquista, ordering conversion or exile of their Muslim and Jewish subjects and financing Christopher Columbus’ 1492 voyage that led to the opening of the “New World”. Isabella was granted the title Servant of God by the Catholic Church in 1974. 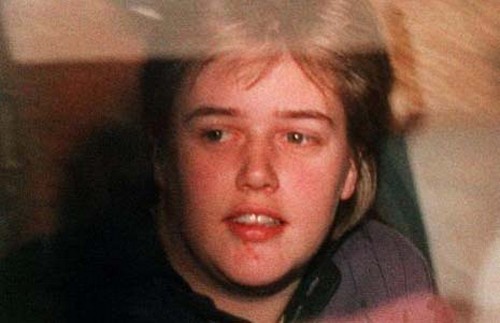 The Angel of Death, Beverley Gail Allitt is an English serial killer one of the 10 most evil women.  She was convicted of murdering four children, attempting to murder three other children, and causing grievous bodily harm to a further six children. The crimes were committed over a period of 59 days between February and April 1991 in the children’s ward at Grantham and Kesteven Hospital, Lincolnshire, where Allitt was employed as a State Enrolled Nurse. She administered large doses of insulin to at least two victims and a large air bubble was found in the body of another, but police were unable to establish how all the attacks were carried out. In May 1993, at Nottingham Crown Court, she received 13 life sentences for the crimes. Mr. Justice Latham, sentencing, told Allitt that she was “a serious danger” to others and was unlikely ever to be considered safe enough to be released. She is detained at Rampton Secure Hospital in Nottinghamshire.

6. Queen Mary I of England 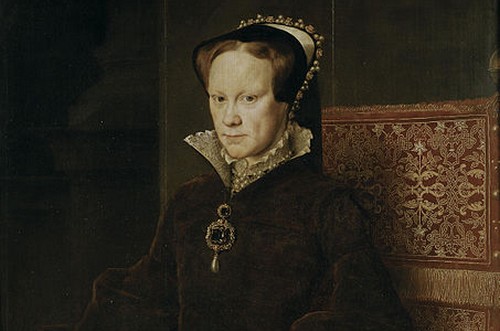 Mary I, born on 18 February 1516 and died on 17 November 1558. She was Queen of England and Ireland from July 1553 until her death. Her brutal persecution of Protestants caused her opponents to give her the sobriquet “Bloody Mary”. She was the only surviving child born of the ill-fated marriage of Henry VIII and his first wife Catherine of Aragon. Mary is chiefly remembered for temporarily and violently returning England to Catholicism. Many prominent Protestants were executed for their beliefs leading to the moniker “Bloody Mary”. Fearing the gallows a further 800 Protestants left the country, unable to return until her death. 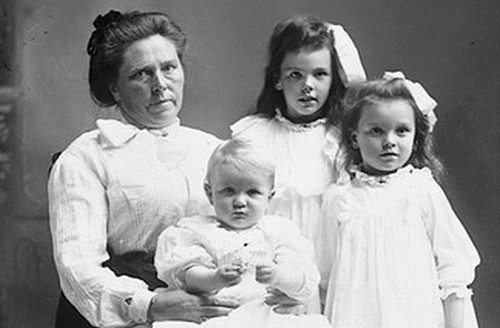 Standing six feet tall and weighing over 91 kg, a physically strong woman, Belle Gunness was one of America’s most degenerate and productive female serial killers. She was an imposing and powerful woman of Norwegian descent. It is likely that she killed both her husbands and all of her children at different times, but it is certain that she murdered most of her suitors, boyfriends, and her two daughters, Myrtle and Lucy. The motive was greed-pure and simple; life insurance policies and assets stolen or swindled from her suitors became her source of income. Most reports put her death toll at more than twenty victims over several decades, with some claiming in excess of one hundred. Inconsistencies during her post mortem examination; the corpse was reported to be two inches shorter than Belle’s six feet, paved the way for Belle Gunnes to enter American criminal folklore, a female Bluebeard.

Britain’s first serial killer, Mary Ann Cotton, born in October 1832 in Low Moorsley, County Durham. Married at age twenty to William Mowbray, the newlyweds settled in Plymouth, Devon, to start their family. The couple had five children, four of whom died of ‘gastric fever and stomach pains’. Moving back to the north-east, tragedy seemed to follow them; three more children born, three more children died. William soon followed his offspring, dying of an ‘intestinal disorder’ in January 1865. British Prudential promptly paid a 35 pound dividend, and a pattern was established.

Her second husband, George Ward, died of intestinal problems as well as one of her two remaining children. The power of the press, always a force to be reckoned with, caught up with Mary Ann. The local newspapers discovered that as Mary Ann moved around northern England, she lost three husbands, a lover, a friend, her mother and a dozen children, all dying of stomach fever. She was hanged at Durham County Gaol, March 24, 1873, for murder by arsenic poisoning. She died slowly, the hangman using too short a drop for a ‘clean’ execution. 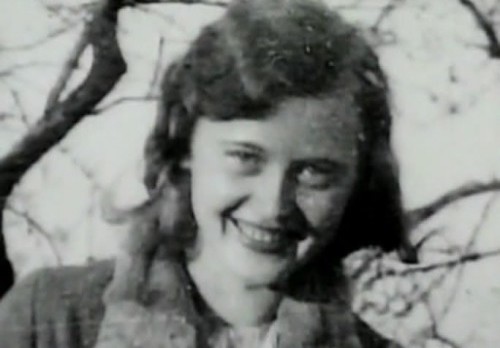 Born on 22 September 1906, Ilse Koch, known as “Die Hexe von Buchenwald” the Witch of Buchenwald, or “Buchenwälder Schlampe” the Bitch of Buchenwald, was the wife of Karl-Otto Koch. She was one of the first prominent Nazis to be tried by the US military. Drunk on the absolute power rendered by her husband, she reveled in torture and obscenity. Infamous for her souvenirs; tattoos taken from the murdered inmates, her reputation for debauchery was well earned. After building an indoor sports arena in 1940, with 250,000 marks stolen from inmates, Ilsa was promoted to Oberaufseherin or “chief overseer” of the few female guards at Buchenwald. She committed suicide by hanging herself at Aichach women’s prison on September 1, 1967. 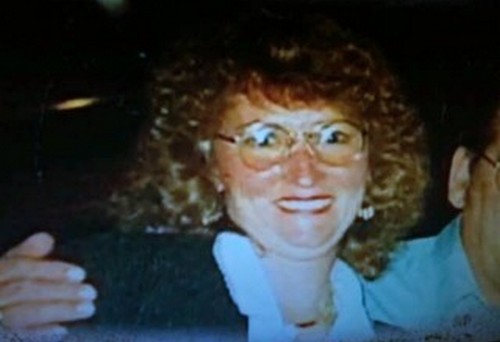 Born on 24 October 1955 and continues to serve life long sentence in the prison, Katherine Mary Knight was the first Australian woman to be sentenced to life imprisonment without parole. She had a history of violence in relationships. She mashed the dentures of one of her ex-husbands and slashed the throat of another husband’s eight-week-old puppy before his eyes.

A heated relationship with John Charles Thomas Price became public knowledge with an Apprehended Violence Order that Price had filed against Knight and ended with Knight stabbing Price to death with a butcher’s knife. He had been stabbed at least 37 times, both front and back, with many of the wounds penetrating vital organs. She then skinned him and hung his “suit” from the door frame in the living room, cut off his head and put it in the soup pot, baked his buttocks, and prepared gravy and vegetables to accompany the ‘roast’. The meal and a vindictive note were set out for the children, luckily discovered by police before they arrived home. 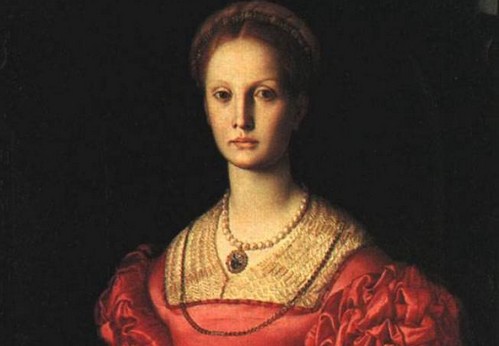 Born in 1560 and dying in 1614, Countess Elizabeth Báthory de Ecsed was a countess from the renowned Báthory family of nobility in the Kingdom of Hungary. She has been labeled the most prolific female serial killer in history, although the number of murders is debated, and is remembered as the “Blood Countess”. Also, she was the infamous serial killer of Hungary. She used to kill peasant girls through severe beatings, burning, mutilation of body parts, chewing off the face etc. She was on house arrest and was not put to trial because of her status!