During history, serial killers have made lasting reactions not only for the numbers of people they victimize but also for the fearful ways they operate. Diabolical murderers each leave their own unique names on the crimes they commit. When many victims surface, their reputation grows. Our unquenchable thirst for details about monstrous criminals holds the media struggling for ways to showcase spectacular crimes, generating made-for-TV movies and documentaries about the world’s notorious killers. As a consequence, serial killers live in infamy, as household names connected with some of the humanity’s darkest times. These cases stand-out among history’s most degenerate serial killers, landing them among our top ten. Here are top 10 monstrous serial killers for you: 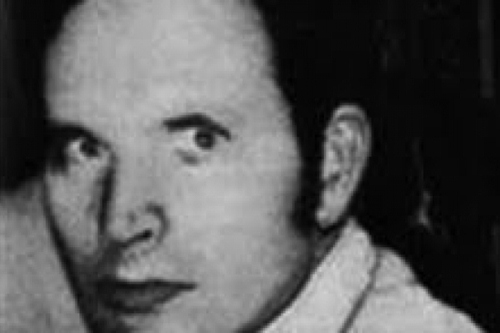 Known as the Candy Man in his home community, due to his family’s candy store, Corll was, in fact, a cruel serial killer.  In the early seventies, Dean Corll raped and murdered, at least, two-dozen young men and boys and earned the reputation of one of the most monstrous serial killers ever.  The “Houston Mass Murders“, as his crimes came to be known, were carried out with the cooperation of accomplices in the Houston zone.  In fact, Corll’s involvement in the crimes did not come to light until he was killed by one of his co-conspirators.

Corll, an Army ex-soldier, had a preference for sex with young boys, who he raped and killed with the help of associates.  A steady-stream of sacrifices were furnished by Corll’s associates, who also sometimes joined in the attacks.  During a falling-out, Corll was shot to death by one of these partners.  After his death, the importance of Corll’s crimes started to open. He had sadistically kidnapped, raped, tortured and murdered dozens of boys under the age of 18. As his associates identified victims and led police to bodies, the heinous characteristics of this serial killer were shown. 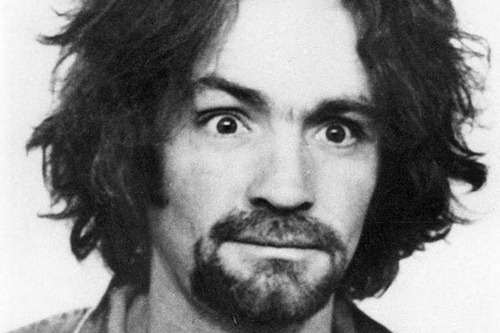 Manson was a failed musician with enough charm and intellect to trick followers into thinking he was the next coming. Two great crime scenes present the Hollywood backdrops for monstrous acts of violence committed there which brought him the reputation of one of the most monstrous serial killers of all time. Manson followers, both men, and women joined in fearful murders at the home of Sharon Tate, an actress and husband of film director Roman Polanski. She was pregnant at the time of her death, which happened from many stab wounds.  Some people died there, and at the home of Leno and Rosemary LaBianca who also came victim to the Manson “family” murdering spree.  Secret clues scrawled in the blood of victims were forgotten behind at the crime scenes, which were horrific. Manson was finally associated with the crimes. During his trial followers accompanied organized protests and his co-defendants disfigured themselves in shows of support for Manson. 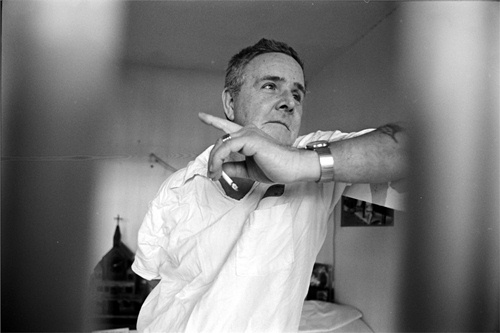 Lucas and an associate, today regarded as one of the most monstrous serial killers, carried out untold crimes – ranging in the hundreds by several accounts. Their motivation seems to have been originally justified as “thrill killings” conducted only for the adrenaline rush. Eventually sentenced of 10 murders, Lucas avoided the death penalty when his sentence was reduced. The decision to save his life relates to uncertainties about the conviction that was to end it.  The killer was convicted in 1984 of the rape and killing of a victim clad only in orange socks.

The “Orange Socks” verdict was called into question by evidence proving Lucas may have been in another place when the crimes were committed. The prolific criminal started close to home, claiming his own mother as his first murder victim. His rights of self-defense were rejected, and he was sentenced to 20-40 years in prison. After completing ten years of his sentence, Lucas was released. There is no real way of knowing how many people Lucas really killed, he was well-known for lying about his claims, and at many times confessed to murders counting in the thousands. Credible victims stand in the hundreds, but Lucas’ death in 2001 took his intrigues to the grave. 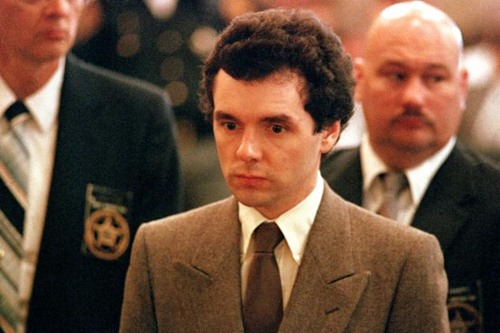 The most monstrous serial killers satisfy different perversions as they kill. For some, it is a sexual delight tied to misplaced feelings of passion and desire. Others are obsessed with the human body, killing as a way to examine it in cruel ways. And killers have their individual methods to their insanity – some using guns to kill victims while others involve more personal slaying methods.  Donald Harvey is a famous 1970’s killer that claimed is victims from a point of trust – as a nurse’s aid. Utilizing his access to patients to satisfy his illness, Harvey poisoned hospital patients with cyanide and arsenic. He finally confessed to more than 70 murders, happening before 1978. An unknown tip and police search of his home led to his arrest and sentences. It is said that Mr. Harvey also infected patients, before taking them back to health. 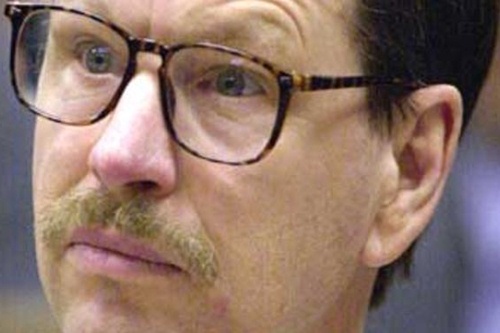 Gary Ridgway was connected to his early-80’s crimes well since he was definitively tied to them with DNA confirmation in 2001.  Ridgway had been killing since 1982 when he asphyxiated a sixteen-year-old victim to death. Ridway’s death toll is debated, but he pleaded guilty to 48 counts of murder. It is generally believed he killed as many as 60 women in Washington State. His killing spree was so productive he cannot memorize all his victims.  Most were young, many whores that were picked up along Route 99. To avoid the death penalty, Ridgway brought police to four graves of his victims and admitted to many other murders. He was sentenced to live in jail in 2003. In his own confused mind, Ridgway thought he was making a valuable service, ridding the streets of vile whores. His victims were generally in their teens and early twenties. He is known colloquially as The Green River Killer, for dumping persists near the site. Ridgway ranks sixth in our list of monstrous serial killers. 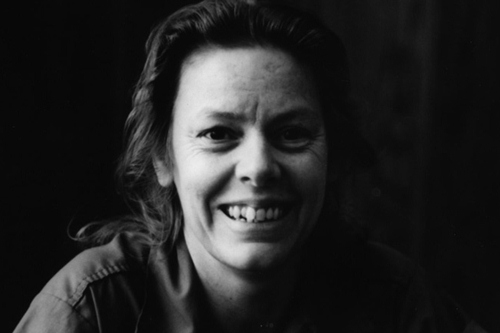 Wuornos began from a troubled childhood with emotional scars and a young history of in-discrimination. At 14, she was transferred to a home to give birth to a child, which was adopted.  She was a petty criminal early on, involving in theft cheat and prostitution while moving through a series of abandoned relationships. In 1989, when bodies started arriving under dubious circumstances, it implied the unfolding tale of a female killer on a spree. Wuornos killed minimum 7 men, using guns to carry out her crimes. She was finally put to death and was portrayed by Charlize Theron in a Hollywood movie about her criminal spree. 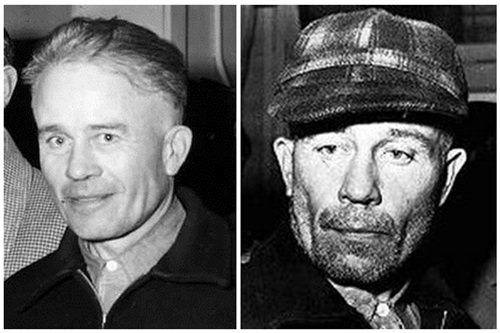 Ed Gein, who’s counted among the top most monstrous serial killers, committed his twisted acts in the 1950’s but continues to be the subject of fascination today. In part, the fearful nature of his crimes has helped to keep them in the public eye. Like his ill Wisconsin equivalent Dahmer, Gein was cannibal and necrophile haunted by strange obsessions. In the end, revealing his seven year killing spree would make some of the history’s most depraved acts to light.

Gein’s attractions included female anatomy, Nazi tests on people, and an unbelievable desire to change his sex from male to female. He initially robbed graves to maintain his bizarre desires, but his crimes finally escalated into the murders of women and girls. Clippings about the disappearances were discovered on his farm at the time of his arrest, along with a partially dismembered body.  As the investigation continued, unspeakable items were revealed at Gein’s home. Human body parts were used as household items, including skull-bowls and pillows made of human skin. A human heart was discovered in a pot on the stove. Gein was institutionalized for the rest of his life, where doctors tried to uncover explanations for his psychotic, criminal behavior. 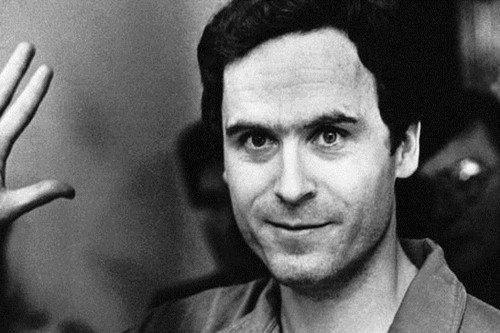 Like John Wayne Gacy, Bundy was a sexually perverted who eventually died to his perverse desires, kidnapping and killing a series of women and girls throughout the 1970’s. He was a charming, charismatic individual who presented himself with a cast or crutches to seduce women to his aid. He’s kill them with cuts to the head and confessed to keeping parts of their bodies and having sex with their bodies.

He moved around in Washington, Utah and Oregon focusing on college campuses as sources for young women. His claims were strange, and Bundy successfully escaped during one, by acting as his own lawyer and escaping from the unsecured law library. Ted Bundy, counted among the most monstrous serial killers, earned many death sentences for his serial killing spree, finally being put to death by lethal injection, without taking responsibility for many murders believed to be his doing. There is a great support for findings indicating Bundy killed more than 100 people. 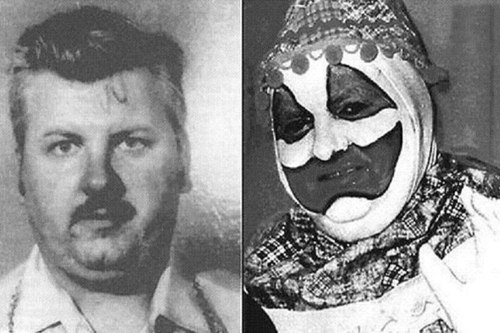 Gacy was an obvious public figure, even wearing the costume of “Pogo the Clown” to participate in magic acts for children. He ran a string of Kentucky Fried Chicken restaurants and was successful enough to consider a run for mayor in his hometown. But Gacy had perverse desires which slowly came to light. He was a sexually perverted, pursuing wife-swapping and prostitution, as well as sex with young men.To feed his depravity, Gacy eventually kidnapped and murdered more than 30 men and boys, torturing and murdering them after sex. Over the course of several years, he buried the bodies around his home, leaving a trail of proofs for prosecutors. Gacy was judged to be among the most monstrous serial killers and put to death for his monstrous killing spree and psycho-sexual exploits. Lately revealed tapes contain never before heard Gacy explanation. 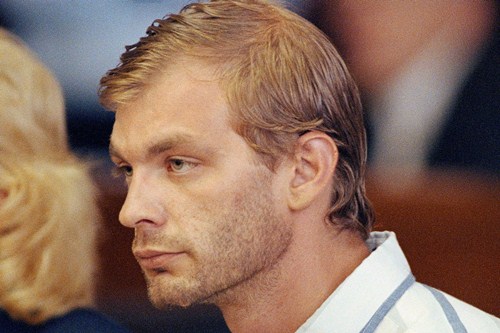 Dahmer’s own end only added to the strange circumstances surrounding his case. He was finally beaten to death in jail, fulfilling the death wish he had expressed many times while incarcerated.  But the tale of his fearful exploits started years earlier when he was exposed for a lengthy crime spree. Dahmer’s case had all the signs of a twisted serial murder plot, full of cannibalism and necrophilia. The difference between the seemingly normal public life Dahmer lived, and the horrible acts occurring behind closed doors made the case all the more shocking.

In the end, being beaten to death in a jail bathroom was a fate many believed Dahmer had come. Details of Dahmer’s crimes continued to appear for months after initially coming to light in the early 1990’s.  Dahmer, it turns out, had been trolling for victims at gay nightclubs, successfully seducing them to his small urban apartment with promises of sex and drugs. Once there, Dahmer involved in various perversions including murder, dismembering and sometimes eating parts his victims. By drugging his victims and killing them, Dahmer tried to possess them somehow, even freezing body parts to visit later. Drums of acid and other monstrous tools of horror were removed from his apartment in the days following Dahmer’s arrest, cementing his place as one of the history’s most evil brutes. Jeffrey Dahmer Files investigates the life of the killer in a quasi-documentary format.

Top 10 Monstrous Serial Killers of all The Times