Politics is all about making claims and demands. Sometimes these are made to the state or government, while on other occasions these are made to the society at large. Ultimately though, it is about coming together on the basis of some shared interest and then trying to clinch victory. It goes without saying that for achieving this win, framing the right kind of slogans will be crucial. This helps not only to attract attention but also to de-intellectualize the political discourse and make the complex theoretical things easily accessible and comprehensible to the masses. Here is a list of some of these political slogans across time and space.

This slogan became popular during the Naxalite or Maoist movement in India during the late 1960’s. Inspired by “Chairman Mao” and his Cultural Revolution, the young communists in India, particularly in states like West Bengal and Andhra Pradesh, decided to take the route of violent insurrection to snatch land away from the wealthy landlords and hand them over to the tillers, who according to them, had the real moral authority of ownership.

Hailing the Venezuelan leader Hugo Chavez, this slogan became famous through use by the Chavistas or the followers of the late president after his death. He was seen as a key person in the building up of the leftist regime in the country and many had predicted the withdrawal of leftism from the nation after his death. However, this slogan meant to prove those naysayers wrong. It literally means Chavez lives on, the Fatherland lives on.

8. All Power to the Imagination

The Situationist International of Guy Debord fame used the slogan “All Power to the Soviets” of the Bolshevik revolution and changed it to suit their own agenda which was more philosophical in nature. They were inspired by Dadaist and surrealist art movements as well as anti Bolshevik and counter authoritarian tendencies. 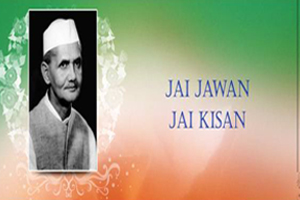 Coined by the Lal Bahadur Shashtri administration in India in 1965, this slogan was referring to the Indian soldiers (jawan) and farmers (kisan). It glorified these two classes of citizens. It is interesting to note that the independent Indian nation state was still in its early years and so there was the need to ensure the loyalty of the armed forces. Besides, the country was reeling under tremendous agrarian distress and so the farmers had to be wooed as well so that food production could be increased to feed millions.

As is well known, the Führer was how the Nazi Germans lovingly referred to Hitler. This slogan literally meant “One people, One Empire, One Ruler”. The Nazis were not only endearingly saluting their supremo but also declaring their highly nationalist agenda. “One people” clearly carried the ominous sense of a homogenous population without any diversity of races and ethnicities. 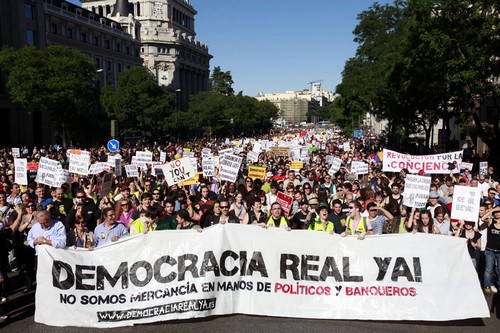 Translated in English as Real Democracy Now, this Spanish slogan became massively popular in what is now referred to as the 15M movement in Spain. In a year which came to be known as a year of protests, Spain witnessed massive social unrest over austerity measures that aimed to cut public spending and reduce social safety net. 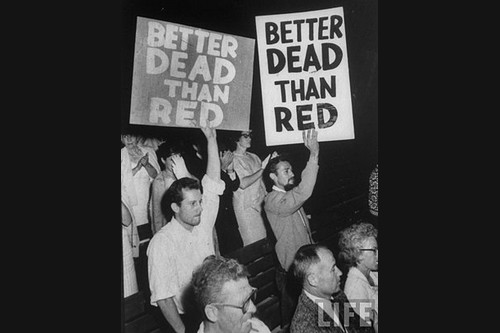 It is well known that during the McCarthyist era, there was a significant rise of anti Communism or Red Scare in the United States and other countries as well. The fear of the Bolshevik revolution was conceived as “clear and present danger”. This is why the anti communist brigade used to advocate harsh measures including even death penalty for those suspected to be engaged in communist activities. 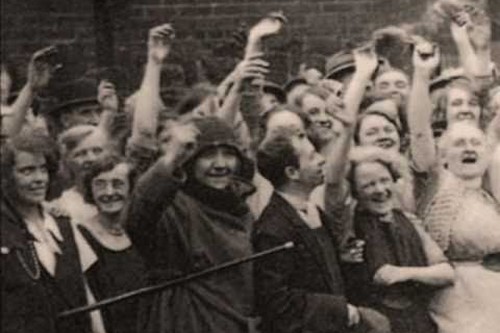 Many labor activists have regularly mouthed this extremely meaningful slogan. Basically, it refers to the fact that workers need not only the basic amenities like food and shelter (symbolized by bread), but also luxury and the chance to fully develop their human capabilities (denoted by roses).

This slogan dates back to Rousseau, one of the key persons from the French Revolution. In his famous Discourses, Rousseau had spoken in details about the ills of a society in which there was so much disparity of wealth. He was adamantly against the concept of domination of the poor by the rich. 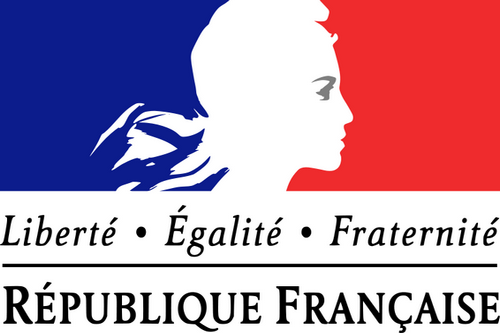 This slogan is probably the most famous and has been used by a wide range of political associations. It originated during the French revolution which was inspired by the works of Libertarian philosophers like Rousseau and Voltaire who spoke of the three virtues of equality, liberty and fraternity. Many democrats and socialists have later used this slogan to show their democratic tendencies to the electorate.