The heroic tale of Beowulf is the most noteworthy work of the Anglo-Saxon era and is often regarded as a major Germanic work but it is good to know about other notable works of the respective era that are important in their own ways. Anglo-Saxon era is marking of the official beginning of English literature; the literature of the respective era is also termed as the Germanic narrative and is reflective of the ancient Anglo-Saxon community. The literature of Germanic period is largely based on religious stories, lives and works of religious figures and tales composed by drawing inspiration from Biblical accounts. The main reason of it is that Bible was the only source of knowledge available, which acts as a muse for the literary figures of the time. Alongside Biblical references, oral tradition was also a significant influence on the Anglo-Saxon writers.

Below are 10 of the remarkable Anglo-Saxon works besides Beowulf, which are quite interesting to know, if not equally important. 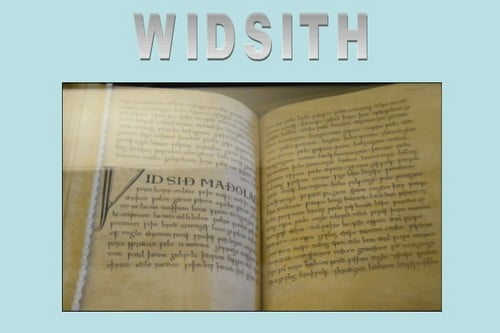 Widsith is the supreme example of the oral courtly minstrelsy tradition commonly found in the Anglo-Saxon literature; the poem is the semi-autobiographical manuscript of such a minstrel known as a scop. Like Cursor Mundi, Widsith is a detailed lyrical account of the whole Germanic world; the poem is told in first person narrative that is, most probably, a scop and is talking about his travels throughput the Germanic world. He speaks of the famous rulers; Eormanric, Elfwine, Becca, Gifica, Thyle, Theodric etc. and his visits to their lands and courts. The poem holds importance due to its very quality of showing of the Germanic world in a pure Germanic portrayal. The descriptions and events presented in the poem are further carried in Beowulf, hence making Widsith its momentous background.

2. The Dream of the Rood 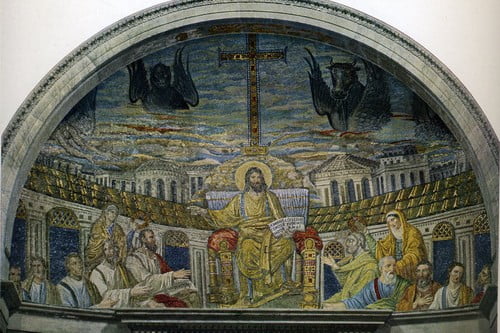 The poem is composed in a form of dream and vision and is believed to be written by a poet influenced by Cynewulf, an eminent Anglo-Saxon poet, or probably by himself. The earlier eighth century version is found inscribed on the Ruthwell cross in Dumfriesshire, Scotland while the later complete ninth version is found in the Vercelli book. The pure and ancient Anglo-Saxon literature consists of religious poetry and The Dream of the Rood is no exception except for its form, it is perhaps the only oldest surviving lyric composed in dream form, which was later used by a number of notable poets and playwrights. The poem speaks of a dreamer who had a dream of a bright Cross embellished with gems and how a ‘young Hero’ sacrifices Himself for the redemption of mankind. The poet further contemplates the speech of the Cross, which circles the idea of Heavenly Kingdom and its achievement through Cross and the dreamer’s own hopes of emancipation from sins. 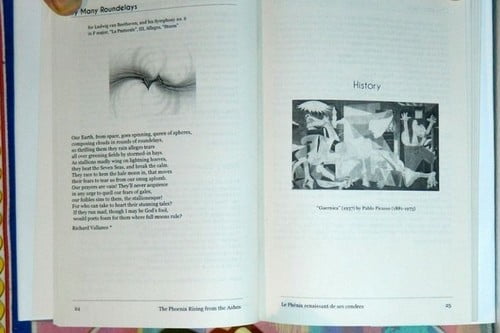 The Phoenix is also associated with the Cynewulf school of poetry and is composed in two parts; the initial part of the poem is influenced by the Latin poem, De Ave Phoenice and talks of the majestic beauty of Phoenix, an imaginary bird. It illustrates the presence of an earthly paradise in east, which is, probably, Syria as it voyages towards it after its thousand years of nest building, death and rebirth. The respective part converses about the mystical and mystifying beauty, life and death of Phoenix. The second part of the poem is more of an allegory as it takes on Phoenix from a new dimension and presents it as a symbol of Christ and moralistic earthly life and afterlife.

4. Ecclesiastical History of the English People 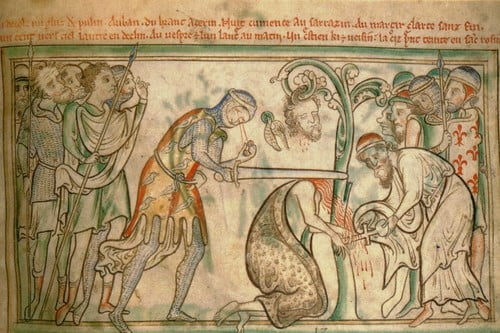 The prose work is written by Bede, an important and influential ecclesiastical scholar and historian; his work discusses the unexpected and miraculous revelation of the gift of song to Caedmon, a lowly lay brother at the monastery of Hilda at Whitby. The work is originally composed in Northumbrian, Latin, language and was later translated into Anglo-Saxon by King Alfred; the lyrical verse converses about Caedmon’s singing and praising of God, the creation of the world, the stories of Genesis, Exodus, the teachings of apostles, the arrival of the Holy Ghost and the religious ideas of Crucifixion, incarnation and the Kingdom of Heaven. Bede, with his Ecclesiastical History of the English People, has put the cornerstone of the Anglo-Saxon religious poetry, which is even before 680, and is regarded as one of the most influential Anglo-Saxon literary piece.

5. Sermon to the English 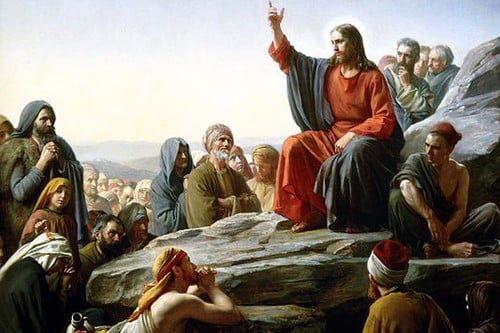 Sermon to the English is the famous sermon delivered by Wulfstan, Archbishop of York from 1002 to 1023; the oration represents a vivid picture of the horrors and outcomes of the Danish invasion. The sermon has outlined and deeply emphasised the wrongdoings of the Danish invaders, which roughly includes betrayal, violence, destruction, civil war, treachery and widespread immorality of every kind. Wulfstan used the revolting conditions of the country while under Danes rule to preach the people about God’s grace and necessary amendments needed to achieve it. The sermon is prominently concerned about the nearing day of Judgement and man’s need to fulfil God’s will on earth to save himself from Hell.

6. The Riddles and Gnomic Verses 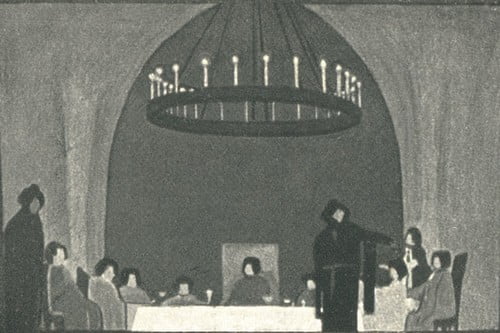 The Riddles and some of the Gnomic Verses are found in the Exeter Book while some of the Verses are found in British Museum Manuscript. Both the members of the Anglo-Saxon narrative do not hold as much of a literary importance as any of the religious or the historical prose or lyrical work, but their quality of reflecting the daily life and common beliefs of the ancient Anglo-Saxon people is the fundamental cause of their interest for a modern reader. Besides mirroring the old Germanic lifestyle, The Riddles and Gnomic Verses also show the opinions and life of a common man and peasantry instead of an elite class, which is commonly found in the literature of the era. 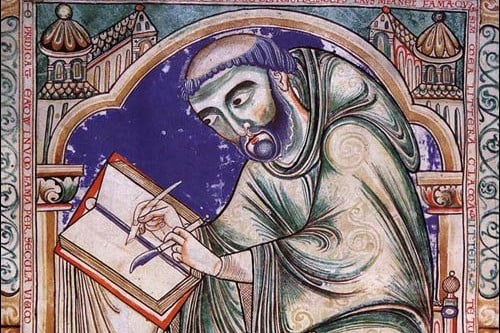 The Anglo-Saxon Chronicle was commenced with King Alfred’s period and consists of the historical records of the invasion of Julius Caesar to the middle of the fifth century and continues further. The Chronicle is designed in the form of the old Anglo-Saxon poem Cursor Mundi as it takes in itself the account of all the rulers, their invasion and the events following it; it also gives vivid descriptions of the development of the English language from Old, Anglo-Saxon, English to the Middle English. The work is a prime example of prose style, especially reflected in the stories of Cynewulf and Cyneheard; the manuscript is divided into several parts with each part discussing the invasion of different rulers and nations into England and the country’s conditions afterwards. The work notably includes the accounts of Danish invasions, Norman invasions, relations between England and Scandinavia and the effects of Norman Conquest. 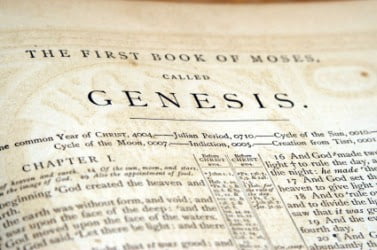 Included in the Junius manuscript and is recorded under the name of Caedmon, Genesis is the first of the three poems based on the Old Testament and the longest one with about three thousand lines. The poem deals with the rebellion of Lucifer, his urge to establish a kingdom of his own and God’s casting him put from the Heavenly Kingdom. It is interesting to note that there is a fabrication of about six hundred lines, which are in different language and style from the rest of the poem. The part is named as Genesis B while the former part is Genesis A; Genesis B part articulates the temptation and fall of Adam and Eve and a detailed narrative of Satan’s rebellion and his outcast condition. 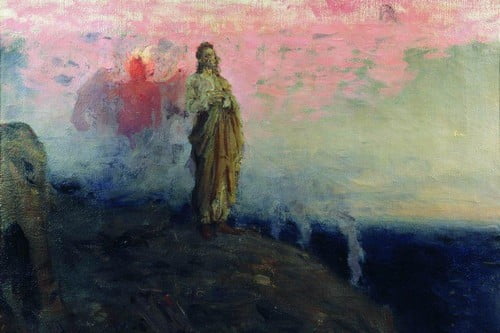 Christ and Satan is found in the same Junius manuscript, though its author is uncertain to the present date but viewing its style, it is believed to be the product of Cynewulf school. The poem has been dedicated to magnify the disparity of Heaven and Hell, good and evil and the consequences of following Christ and Satan. Whereas in Genesis B, Satan is depicted as a insolent and defiant spirit, in Christ and Satan, he is portrayed as a lamenting soul in Hell. He longs for the joys and bliss of Heaven and mourns on his present desolation; the poem is divided into two parts the first part dealing with the grief of Satan while the final one ponders over Christ. The main focus of the poem is to show a difference between following Christ and Satan and the ultimate results of both. 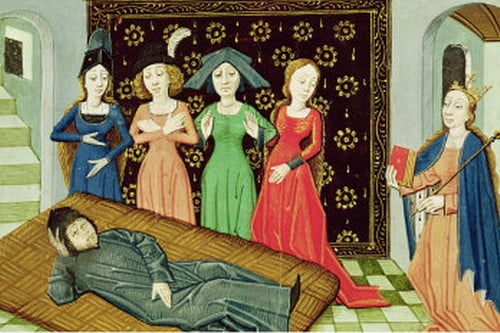 De Consolatione Philosophiae is written by a Roman philosopher Boethius and is later translated by King Alfred; Boethius is an eminent philosopher and statesman of late fifth and early sixth centuries with his respective work being the most famous theoretical work throughout the Dark and Middle Ages. The work is devised in dialogue form, the conversation between the author and personified Philosophy and confers about the matters of God, His government of the world, the truth of happiness, vice and virtue and the matters of God’s knowledge of man’s freewill. Although the work is not directly influenced by Bible and usual Christian events and stories but it presents the Greek and Roman ethical ideas and their arguments of God’s perfect reconciliation with the imperfect world. The philosophical nature of the work is considered highly helpful for the medieval audience if not completely effectual for human nature.