We all have such encounters in our lives which we do not want to remember. Imagine yourself going through a terrible or an embarrassing incident and somebody capturing that moment in the camera just by coincidence. It sounds like a terrible idea and you would never want to see it ever. Still there are people who have had encountered terrible accidents along with a picture taken right before the reality struck them to remind them of that time. Here are 10 of those terrifying pictures snapped moments before or during reality hit. 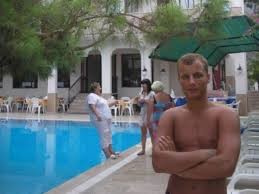 Who wouldn’t want a dip in the pool specially in a hot summer’s day but ask this woman about it. A photographer who was taking a photo of another man also captured an unfortunate plunge in the background of the picture. A middle-aged woman seems to be falling right into the pool by stepping back unintentionally. She is so indulged in conversing with two of her other friends that she almost forgot there’s a pool right behind her. The man however got a hilarious photo to post and share a laugh among his friends and the entire interest perhaps. Feeling bad for the poor lady! 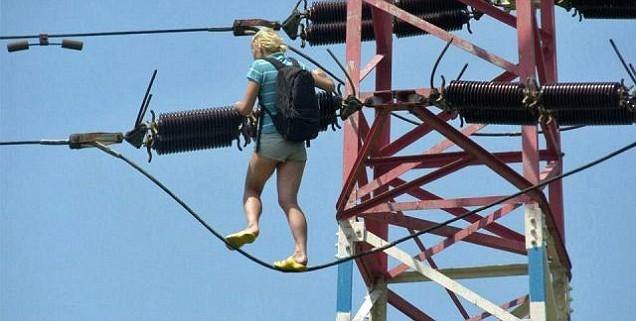 This picture is one of the most dangerous one on this list. It happened in Czech Republic where a drunk woman scaled up the 40 feet tall electricity pylon holding pliers in her hand. What was she thinking? Perhaps that’s the problem with drunk people, they don’t think. People tried to coax her down but she didn’t budge. She was lucky that she did not receive a shock though she needed it to sober up because she had done crazy things in her past according to her neighbors. She was later sent for counselling instead of being sent to an insanity institution. 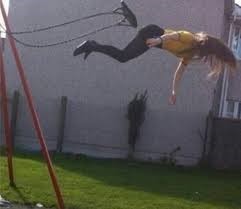 Children love to be on those swing sets in public parks and sometimes, so do adults. This perfectly timed picture was taken when this young girl was trying to jump of the swing perhaps but it seemingly ended up in a disaster! We could just hope that instead of falling on the concrete with her face down, she just landed on her feet. But by looking at this picture, it seems quite impossible that it ended in a pleasant way. Her image however, it went viral! 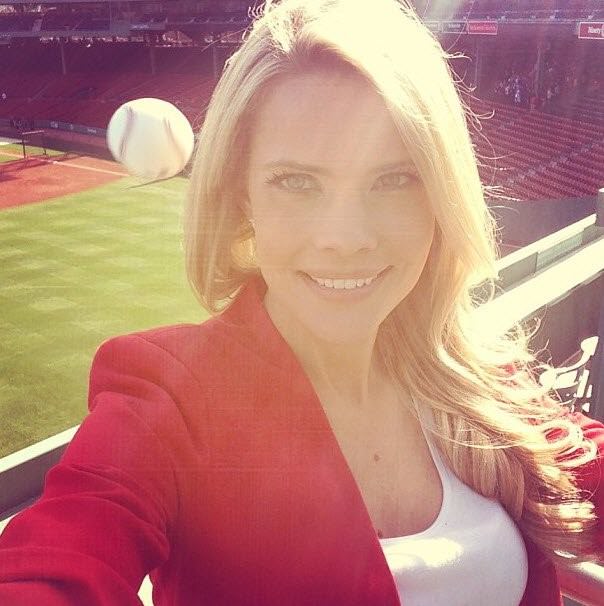 Baseball is one of the most watched games in America and millions of people watch it whether on the television, or in the stadium. People in the crowd try to catch the ball all the time and if it is a list about pictures, how can we forget the term selfie! It happened to a girl named Kelly Nash who was taking a selfie with a seemingly empty stadium behind her from where a ball is just inches away from her head. She probably got hit but not that badly because she posted her selfie the very same day and one of her follower commented ‘the most dangerous selfie ever.’ Since then she has gone popular on twitter because of her good looks and the selfie perhaps. 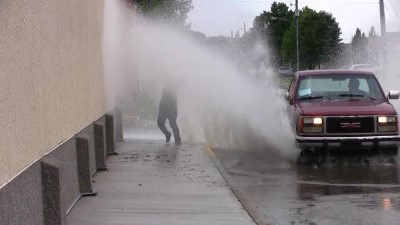 We all know about the puddles of water formed on the road after the rain. Children love splashing in it, not to mention the vehicles driving over it and creating a wave of muddy splash. It happened to a man who was unlucky enough to be walking on the sidewalk next to a puddle when a car speedingly passed over it. He was drenched all over and another man managed to capture a picture of him while he experienced through this soaking wet misery. A similar picture was captured of two women who were splashed by another driver but this time, the water was very brown and muddy! Terrible. 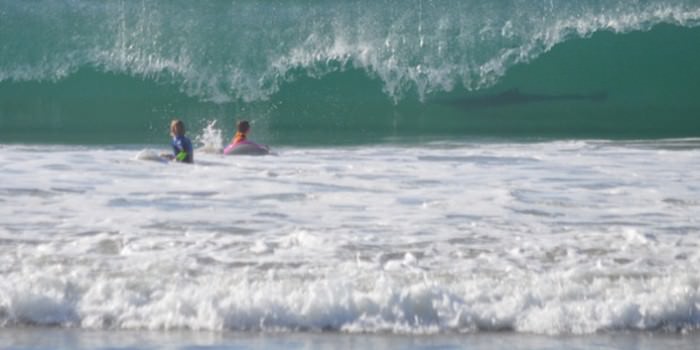 Sharks are the most dangerous and aggressive ocean predators with a reputation for being at the wrong place at the right time. Imagine yourself swimming in an ocean, just minding your own business, and then a shark emerges from nowhere facing your direction. It actually happened to two kids in California who were belly surfing around the shore waves when a shark was sighted in the wave right behind them. The two kids visibly look scared in the picture. Luckily, they escaped the predator safe and sound.

If you ever feared going near a goat, you were pretty much right and this picture will scare you even more. No one knows what happened before this picture. Maybe the goat was provoked or maybe she had stranger anxiety which pushed her to react in an aggressive way. Admit it, this picture is hilarious! 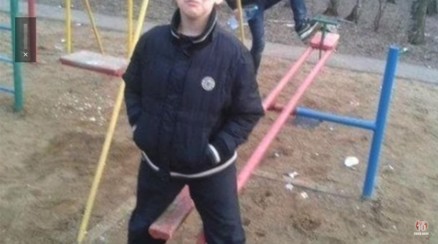 We all love see saws until our partner ditches us to send us down the whole way resulting in a jerky neck or the tongue between teeth. What this picture shows is a kid posing for a photograph with his legs open. What he doesn’t realize is that he is standing on the edge of the see saw and his nasty friend behind him is about to give him a painful surprise. Is he a friend or an arch nemesis anyway? I really don’t want to see what happened to his smiley face moments after this picture. 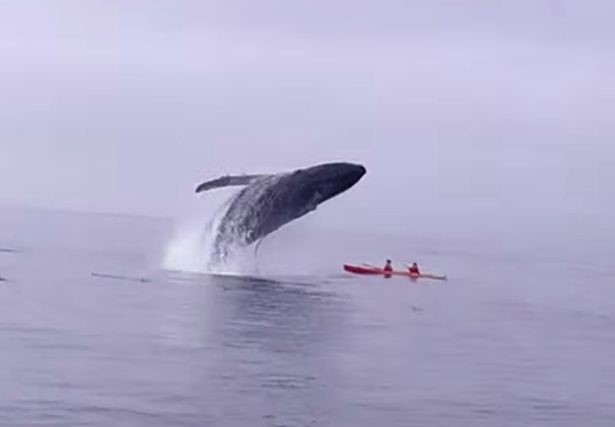 Whale watching has become a fascinating activity now and people love to speed across the ocean and watch these humongous species swimming around. Moreover, it is very soothing to watch whales as they are very calm creatures, it’s their size what makes them so intimidating. Whales also occasionally surface out of the water and fall again with a huge splash! This usually happens near the boats where people are whale-watching. Same was the case with the two men who were in a boat when a huge whale rose out of the water right behind them which is quite scary. Life jackets (which they don’t seem to be wearing) could only save them from drowning but from a whale?It is not known whether it landed on the boat, let’s just hope that whales aren’t that stupid. 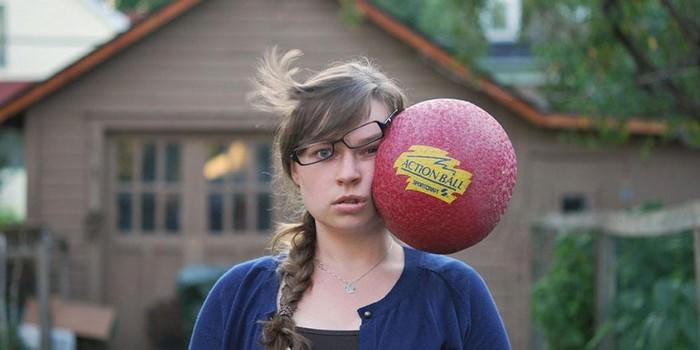 Let’s play with the ball they said, it will be fun they said! Just when the girl started to play her friend decided to take her picture and the timing was so perfect that you can see for yourself. The ball chucked her so hard that her glasses flew right off her face. The slam has made her face distorted and her expressions speak that she is totally stunned and has no idea what has happened! The ball has the name Action Ball written on it and it clearly is providing some painful lot of action.