War movies are among the oldest film genres that exist – and no other similar calls forth many discussions. These ten movies show people in absolute borderline situations.

The history of mankind is crossed by armed conflict. Historians have counted more than 14,400 victims who historically evidenced wars. So wars are real terrible.

Under this ranking, the term “war movies” are quite widely interpreted and not delimited by “anti-war movies.” Under the term “war film” here we include all cinematic works in which the war represents a substantial part of the action – in some cases as an essential background. This can and is to explain how the given cinematic work potentially possesses such qualities and demonstrate them.

The 10 of Most Touching War Movies of All Time: 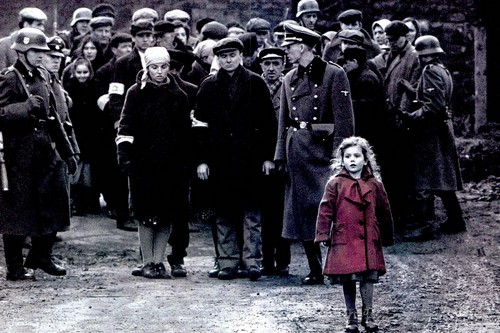 The perfectionist Steven Spielberg filmed the novel “Schindler’s Ark” by Thomas Keneally . The director had previously staged movies like “Hook” or “Jurassic Park”, which may be considered as solid popcorn cinema, while “Schindler’s List” deals with the extermination of the Jews in Nazi Germany.

But Spielberg surprised his critics with an outstanding adaptation of the real story about the German industrialist Oskar Schindler , who saved 1,200 Jews from death in the Auschwitz concentration camp during World War II.

One of the most poignant scenes of horror is the fate of a girl hiding in the evacuation of a ghetto before German soldiers. 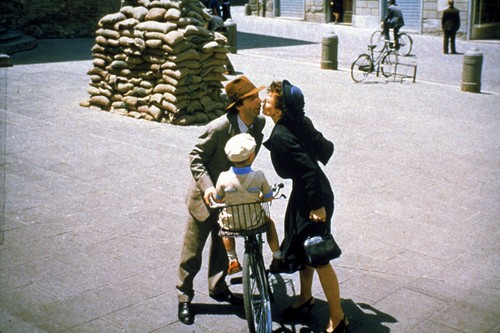 A comedy against the backdrop of the Holocaust in World War II, seems absurd and inappropriate. But Roberto Benigni proves with “Life is Beautiful” most impressively the opposite . The tragicomedy Award in 1999 for best foreign language film with the Oscar was the reward.

The Jewish bookseller Guido lives his life in a small Italian town and eventually wins the heart of his beloved Dora. But after a short time of happiness they are deported with her ​​son Giosuè in a concentration camp. To calm his child, claiming Guido, can be handled through only a game .

Director Roberto Benigni, whose father was imprisoned himself two years in concentration camp Bergen-Belsen, succeeds in many respects in providing an impressive balancing act . He not only directed the film, but also embodies the congenial Schlitzohr Guido. He also ensures that the comic horror of the concentration camp does not undermine, but rather is emphasized more clearly. 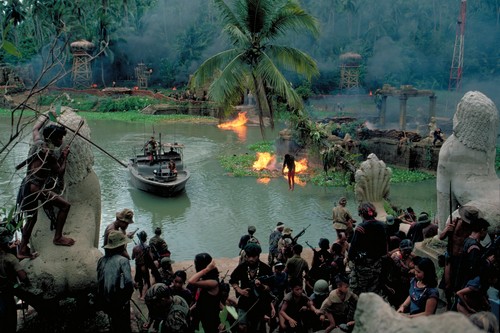 During the Vietnam War, Captain Willard receives the order to bring the renegade Colonel Kurtz to track who has holed up in Cambodia and was unresponsive to commands. However, before it comes to a gathering of Willard and Kurtz, viewers experienced in a tour de force of the horrors of war and depths of the human soul .

One of the most memorable and poignant sequences – with only two Oscars for excellent sound and camera film – is certainly one of the helicopter attack on a Vietnamese village , which is accompanied by music of Richard Wagner’s “Ride of the Valkyries”. The madness of war is particularly well documented by Colonel Kilgore and his irrational command for surfing the midst of a shelling. 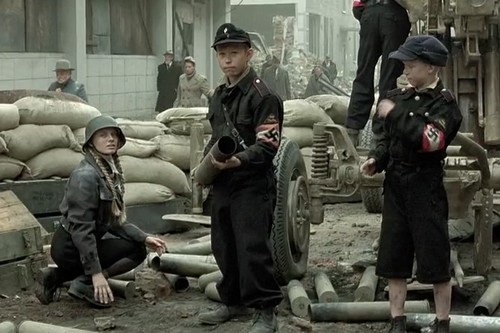 Oliver Hirschbiegel staged “The Downfall” from a screenplay by Bernd Eichinger, based on various sources such as the eponymous work of the historian Joachim Fest. The film was nominated in 2005 for an Oscar.

The film shows the demise of the Third Reich. The presentation focuses on the events in the Berlin Führerbunker (Hitler’s Bunker) during the last days of the war .However, many leading figures of the Nazi regime occur in the film.

The film takes the viewer through to the narrowness of the bunker and the prospect of conditions nearby. A terrific Bruno Gans who portrayed Hitler in an epic performance.

Corinna Harfouch is convincing in the role of the deluded Magda Goebbels, who kills her children rather than have them grow up in a world without National Socialism. 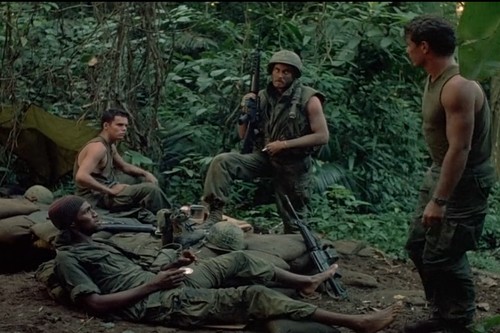 Twenty-five years ago, Oliver Stone directed “Platoon” as one of the most successful and best war movies about Vietnam, for which he also wrote the screenplay. The work was awarded with Oscars in the categories Film, Director, Editing and Sound.

“Platoon” illustrates the harsh reality of the Vietnam War on the example of the first somewhat naive soldier Chris Taylor. The final climax of the film is a devastating attack by the North Vietnamese People’s Army.

Oliver Stone shows the omnipresent death and soldiers, who seem to have lost all scruples . They kill not only the enemy fighters, but also civilians. Some try their reckless sexual urges to satisfy or endure the reality only through the use of drugs. 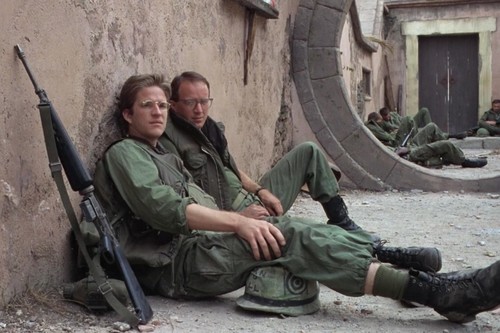 The first part of the film describes the merciless drill, the recruits have to endure in the U.S. training camp on Parris Iceland . This is not without sacrifice. Then the plot is abruptly shifted to Vietnam. Despite the change in location, there are several parallels between the two superficially very different halves of the film.

Stanley Kubrick created several poignant sequences in “Full Metal Jacket” that still remain in the memory of the viewers and question the war more subtle than many other films of the genre . 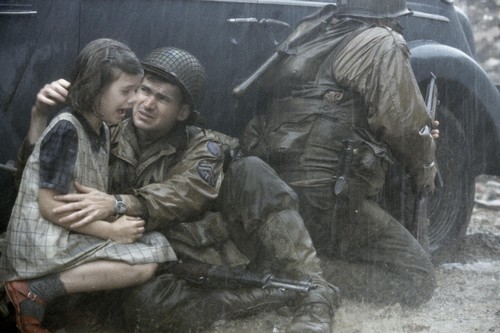 The U.S. General Staff sends a special team for the safe return of the soldier James Ryan.. Three brothers of James have already fallen previously for the service of their country. So James needs to be found out and sent back home safely.

From the perspective of individual soldiers, the viewer experiences the massive hail of bullets and ubiquitous deaths almost everywhere. 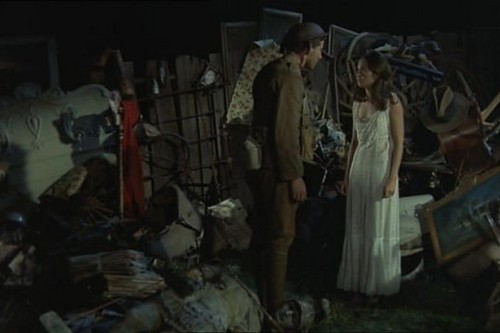 Based on novel “Johnny Got His Gun”. The film made ​​it only in the official program of the Cannes Film Festival. It was then awarded the Grand Jury Prize.

The film depicts the fate of the young Johnny, who is already fascinated as a child of weapons . With the entry of the United States into World War II, he volunteered for military service and receives sarcastic title “Johnny got his gun”. On the battlefield, he is wounded, survived but badly injured.

Seizing the fate of the main character is shown. Harry not dying, but what becomes of it is probably worse than death. Due to its massive injuries he survives as a mere torso without arms and legs .

In addition, he is deprived of his most sense and can neither hear, nor smell, see or even speak. Thus, he is almost completely isolated from the outside world, but still fully conscious. To this end, in contrast to the attempts of the outside world to exploit him, while he only wants to die. 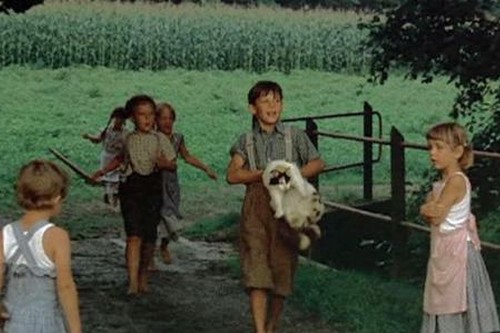 This German film was nominated for six Oscars. The film takes place primarily on the U-boat U 96 .This was sent in the Second World War to destroy enemy merchant ships and convoys . But these targets are well protected and soon U 96 and the crew face deadly hazards.

Wolfgang Petersen directed the claustrophobic tightness in the belly of the U 96 in an extremely impressive way. Particularly poignant struggle for survival of the crew is portrayed as the boat sinks uncontrollably, threatens to burst and the breathing air is running out.

The absurdity of war 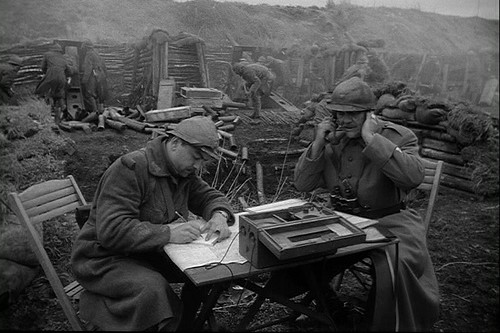 Stanley Kubrick’s early work “Paths of Glory” even after five decades, has lost none of its fascination. The film was made ​​at that time for only U.S. $ 900,000 in Munich (Germany) and is considered a classic of the genre.

Many war movies address the crimes of the soldiers in the field. “Paths of Glory”, however, presents the absurdity of the military leadership .Commands are issued without better knowledge. The most poignant scene is certainly the execution of three innocent soldiers.