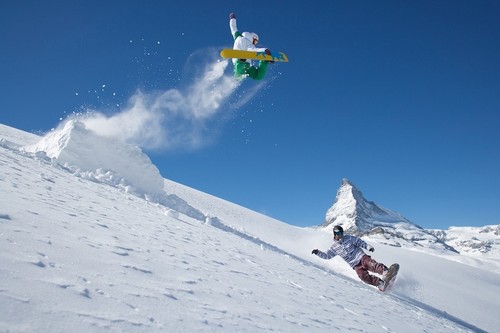 Skiing is a fun winter sport that is practised in all places that get snow-laden during the cold months of the year. There are several beautiful resorts around the world that offer skiing to the visitors. Some of the best skiing locations are in Europe and America, because of the topography, weather and nature of the snow. So let us take a look at 10 Most Popular Ski Resorts. 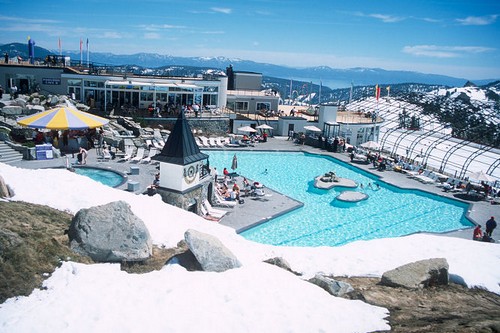 Squaw Valley of Olympic Valley in California is a one of the biggest ski areas in the United States of America. It is located in the west of Lake Tahoe in Sierra Nevada, and is operated under the same management operation as that of Alpine Meadows ski resort, to which it is connected by a shuttle that covers the distance in between within ten minutes. Apart from skiing, it offers facilities like roller skating, pool, dining, shopping, and even high-altitude disk golf, besides a scenic aerial tramway. It was the host site of Winter Olympics 1960. 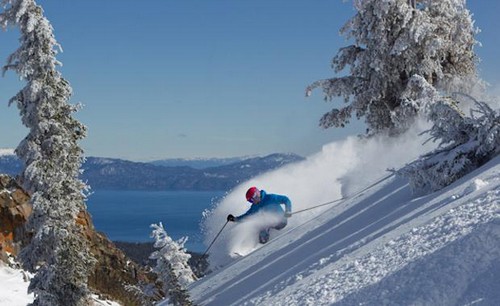 Alpine Meadows, located in California of North Lake Tahoe, is one of the top most popular ski resorts, with huge areas of skiable terrain, where there are 13 different lifts and one of the most remarkable vertical drops in the world. The quality and variety of terrain and trails match the skill levels of different skiers, from beginners to experts, and seven open bowls, chutes, steeps, groomed runs and six terrain parks are accessible. Along with the Lake Tahoe ski resorts, the Alpine Meadows often has the longest snow season. It is connected to Squaw Valley by a shuttle. 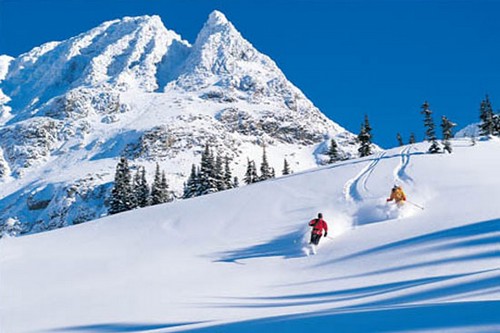 Vail, situated at Eagle County, Colorado, is the second largest mountain ski resort in the United States. It features seven bowls, with intermediate gladed terrain in Blue Sky Basin, which is one of the three sections apart from the Front-Side and the Back Bowls. It is one of the most favourite ski destinations for people from around the world. It is large enough to offer a wide variety of runs for both the skiers, as well as snowboarders. It is possible to strike a profitable bargain by purchasing a lift ticket which will include access to other spots.

You May Also Like:
10 Best Tourist Attractions of USA.
10 Record Setting Attractions in U.S.
10 Awe-Inspiring Wonders of U.S.
10 Prettiest Towns in U.S. 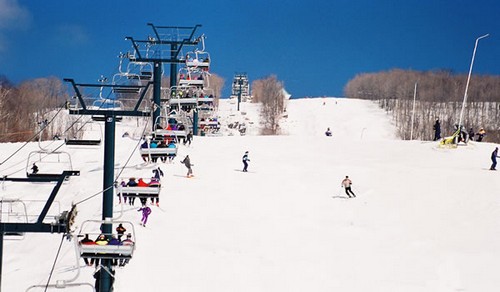 Mont Tremblant is a ski resort located on the side of Mount Mansfield, the highest mountain of Vermont, in the Laurentian Mountains of Quebec in Canada, near Montreal. It is one of the most favourite of the world’s ski destinations that offer ski and snowboard runs to correspond with the skill levels of the skiers. The resort operates all the year round, featuring Lake Tremblant for swimming, as well as two golf courses, for the summer months. There are also great facilities offered to cross country skiers at Stowe, including lodging facilities. 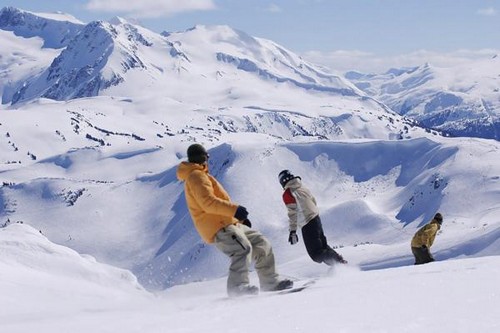 Whistler Blackcomb is a major ski resort near Vancouver, in British Columbia of Canada. It is considered the largest ski resort in North America, when many measures are taken into consideration, larger than its nearest competitor in many respects. It boasted of offering the steepest skiable distance till 2009, and also has the greatest uphill lift capacity. The Peak 2 Peak Gondola, the highest and longest unsupported cable car, is also featured by Whistler Blackcomb for travelling between the tops of Whistler and Blackcomb.

You May Also Like:
10 Amazing Islands Not to Miss in Canada.
10 Most Relaxing Resorts In Canada.
10 Glassy Places and Sites.
10 Most Colourful Cities. 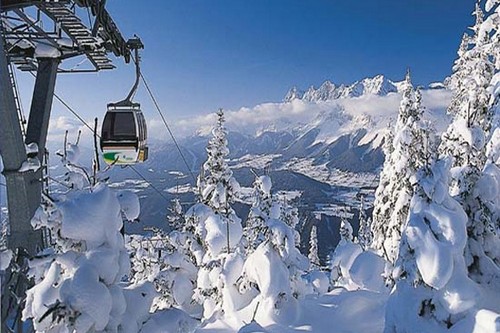 Cortina d’Ampezzo is a town and commune in the Dolomitic Alps in Veneto of Northern Italy. It is a popular venue and resort for winter sports, due to the ski-ranges, après-ski scene and accommodations, ensconced in beautiful scenery. It was the venue of the 1956 Winter Olympics, after the 1944 Winter Olympics was cancelled due to the Second World War. A number of classic and hit movies have also been filmed here. 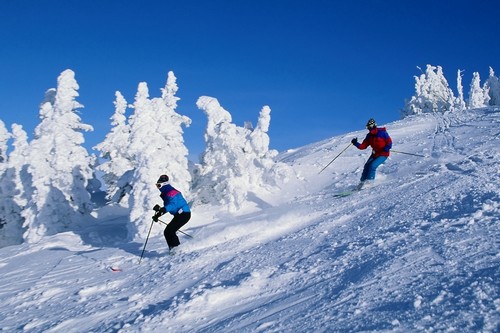 Kitzbühel is a small medieval town situated in the Kitzbühel Alps, located in Tyrol of Austria, and is internationally renowned as one of the fanciest ski resorts, known for the winter sports offered. It is between the mountains Hahnenkamm and Kitzbühler Horn, of which, the former houses the annual World Cup ski races, including the downhill race on thee Streif slope. This downhill is the most important event of the circuit, and is considered one of the toughest downhill competitions of the World Cup. It also hosts the Austrian Open tennis tournament in summer. 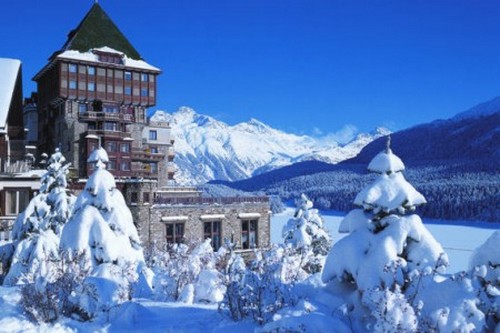 Gstaad is a bilingual village, located in the Canton of Bern in southwestern Switzerland, in the German-speaking section of the place. It is one of the prime locations in the world for skiing, popular particularly among international jet set and high society. The steep slopes and deep powder attract celebrities, as well as aficionados of skiing and snowboarding. There are also some excellent accommodations in the surrounding villages, which are considered among the best in the world. Gstaad also hosts a number of events, regularly

Zermatt, in Switzerland, is in the German-speaking section of the canton of Valais in Switzerland, located at the upper end of Mattertal, at the foot of the highest peaks of Switzerland. It is renowned for being a mountaineering and ski resort of the Swiss Alps, as the base of Matterhorn, famed for skiing and mountaineering. The ski resort, in the middle of the care-free village, offers the world’s second biggest vertical descent, and it has to be accessed by mechanical lift. Apart from skiing, it is an excellent location for sightseeing, as well. 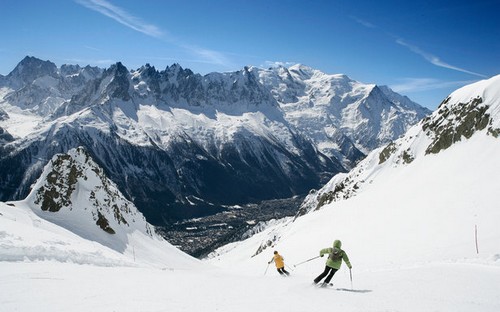 Chamonix-Mont-Blanc is more commonly known as Chamonix, and is a commune at the foot of Mont Blanc which is the highest peak in the Alps. Located in south-eastern France in the Haute-Savoie département in the Rhône-Alpes region, the vertical drops are challenging, even for the skiing experts. The resort also offers incredible après ski nightlife, as well as other mountain sports. Also known as the “gateway to the European Cascades”, Chamonix is one of the oldest resorts in France. It was the venue for the first ever Winter Olympics, back in 1924.

While there are also many other ski resorts all over the world, and some great mountain ranges, especially in Asia, the Rocky Mountain Range of the United States and the Alpine region of Europe offer the best skiing facilities, with top accommodations and amazing landscapes. These two mountain ranges are hugely popular among skiing and snowboarding savants.