Well, Orson Welles wasn’t the only one to have pulled off mass panic through his radio drama of ‘The War of the Worlds’ in 1968. History has witnessed many more such panics cause by deliberate unnecessary pranks. Here are 10 such examples – 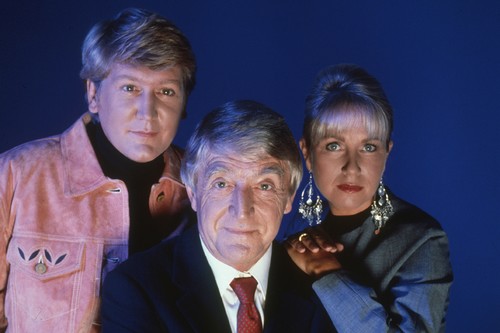 It was aired on Halloween in 1992 at UK. A documentary crew was shown carrying out a live investigation of paranormal activities in a house. Apparently the house was haunted by a ghost named ‘Mr.Pipe’. As the crew investigated deeper they soon discovered, to the viewers’ surprise, that the house was really haunted by Mr. Pipes who was violent and potentially harmful. To the viewers’ horror things started taking pretty nasty & chilling turns. By the end of the show, ‘Ghostwatch’ had managed to garner thousands of viewers, but all the while forgetting to mention that the show was entirely a spoof.

The BBC was flooded with calls of concern that turned to disappointment and eventual anger. Not just that, the show caused mass trauma and even a suicide. BBC had to apologize and clamp long-term ban on the programme. 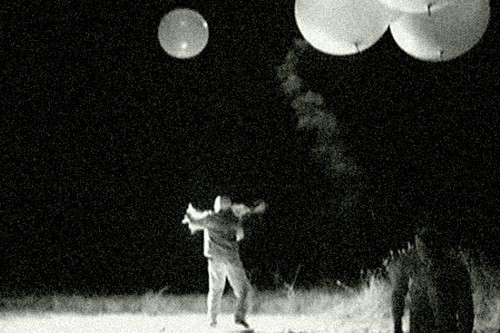 Some people believe UFO sighting are complete lie and they can go quiet an extent to prove it. Take the example of Chris Russo and Joe Rudy. In 2009 the duo set out on a job to expose fake claims of UFO sighting. They went to a small field, flared up helium balloons and connecting them with fishing line lofted them up in the air. That day people of Morristown, New Jersey claimed to have seen a UFO. It became a national news. Most people refused to believe it was a hoax including History Channel’s ‘UFO Hunters’. But, to dampen the excitement Russo & Rudy declared that while preparing the hoax they had documented every stage of it. 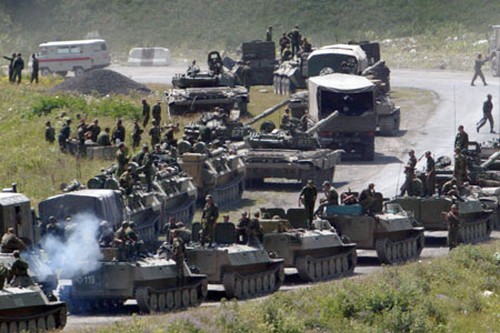 On TV in 2010, after assassinating the leader, Russian tanks were seen advancing into Georgia. Following the Russian-Georgian war in 2008 it was natural for the Georgians to panic. Most of them hadn’t seen the declaimer at the beginning of the show and mistook it as live reporting. Georgians tried to contact their loved ones so desperately that the mobile phones network crashed. People started withdrawing money and made plans of fleeing the country. Three people died on watching the news.

When Georgians came to know about the hoax, they were in no mood to laugh. People were so infuriated and disturbed that later in a survey, 63% out of 406 respondents said that Mikheil Saakashvili- the Georgian leader was involved in the preparation of the fake news to advance the Anti-Russian sentiments among the citizens.

‘Man of Steel’ was likely inspired by this incident. 1976, UK,5:10 PM GMT, humans got a call from Vrillon of the Ashtar Galactic Command- an alien race promised to annihilate  humanity. This message was sent via news show on a Saturday night. People called up at the police who had to go to people’s houses to assure the frenzied citizens’ that it was all a ridiculous joke. Somebody had actually hacked into the signal and displayed the message on-screen during a time when public interest in Aliens and UFO was running high. Surprisingly, till date, no one knows who. 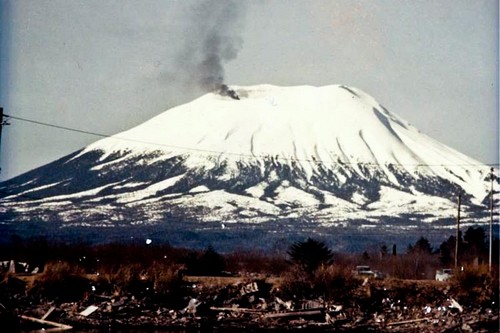 The snowy town of Sitka in Alaska was in for a surprise one morning. The dormant volcano, Mount Edgecombe started pouring out smoke and people conjectured it was only some hours wait till the volcano would began spitting fire. The authorities raced to the peak to investigate and found, well….. a couple of burning tires with the words ‘APRIL FOOLS’ written in 20 ft tall letters. A known local prankster- Porky Bickar- was behind all this. He had gone to a great length to pull it off because hiring a helicopter to bring in the tyres is not cheap.

Alternative 3 was intended to be an April Fool’s Day TV show in 1977 at UK but wasn’t premiered until June. Anyway, it was an investigative documentary on Earth’s climate change and ended up showing bizarre environmental catastrophes that will make Earth uninhabitable in future.

The show revealed that the government has been seriously thinking about this issue and has come up with the following solutions:

Though the credit clearly dates the show on April 1, most people did not get the joke and ended up believing that the Earth was actually coming to an end. So they called up the television channel and demanded to know exactly when the world was going to end. 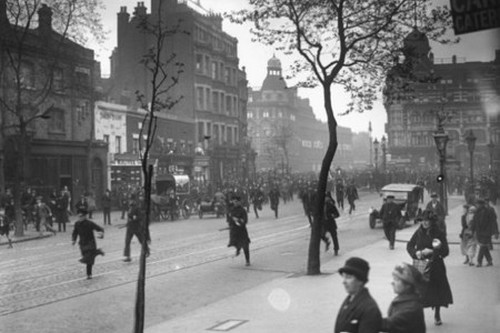 Seems like the world’s largest public service broadcaster has caused its share of mischief too. In 1926 a priest reported about an anarchist revolution in London which was broadcasted by the BBC. He interrupted a genuine discussion about 19th century literature and gave a 12 minutes report about a bloody riot going on at central London. The Russian revolution was only a decade old and the chances of that occurring again made people hit the panic button.

The details with which Father Ronald Knox conveyed the message, made it seem authentic. He reported on how the Big Ben has been toppled by trench mortars, the Savoy Hotel has been set to flames, and that a Government minister was lynched. Worried phone calls began pouring in and though the BBC, later in the day clarified the matter, it went unheard by many and chaos continued. 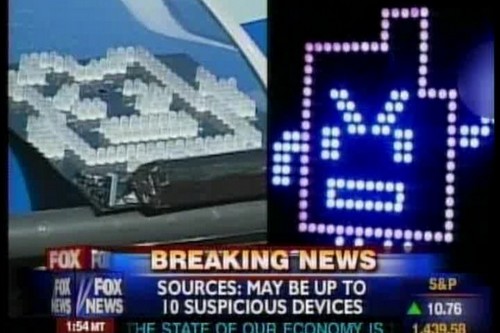 In Boston January 2007, suddenly one day a person notices a LED panel displaying a tiny man raising his middle finger. He called the police (this was an example of people taking part in Homeland Security). The Boston Police Departmentand the Boston Fire Department came in and identified the device to be an IED (an improvised explosive device). They thought of destroying it and soon discovered that more such devices were scattered all over the city. People panicked collectively.

They eventually destroyed all such panels only to find out that the devices were a part of an advertising-marketing campaign for Aqua Teen Hunger Force Colon Movie Film made by Cartoon Network. CN later had to pay $2 million as damage compensation to the Boston police and the Homeland Security. The head of Cartoon Network had to resign. 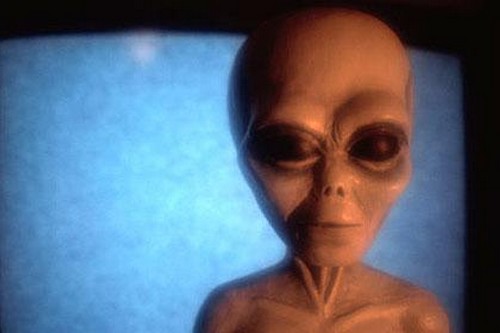 Another nasty prank was pulled off by a Jordanian newspaper in 2010 on the grand occasion of April the 1st. It published a report on alien invasion. They said that all communication in the area was disrupted due to the emission of an EMP pulse from an UFO which caused panic among the people. They said that aliens were 10 ft tall. Eventually when the hoax was uncovered, citizens of the small town of Jafr was not pleased.

Interestingly everyone had actually fallen for the joke including the Mayor who took instant measures by sending a security team to search the area for any sign of an UFO. Later a security officer stated that the town was close to carrying out an emergency evacuation. The paper of course later apologized. 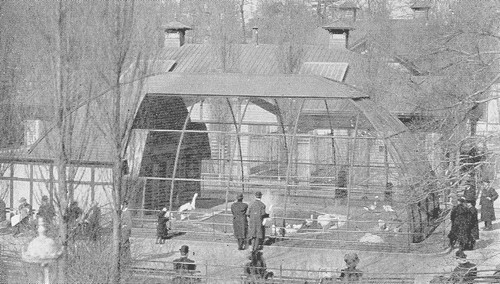 The New York Herald on the morning of November 9th, 1874 reached peoples home with an unnerving headline – “Awful Calamity: The Wild Animals Broken Loose From Central Park.” Apparently the wild animal had spilled into the streets killing 49 people and injuring 200 more. The authorities were struggling to control the situation. Or so they reported.

The article carried a disclaimer at the bottom that it was all a prank. But most people had stopped reading the article before reaching the end. We can well imagine what followed next. Ordinary citizen and Police came together and grabbing their guns set out to kill the animals. Later they were disappointed for not being unable to demonstrate their skills.