Arch monuments are great tourist attractions all around the world. Built to pay tribute to important people, or commemorate historic events, these man-made arches are great architectural landmarks, each with their own stories to tell. There are some extraordinary arch monuments all over the world. Here is a list of ten of them. Let’s take a look. 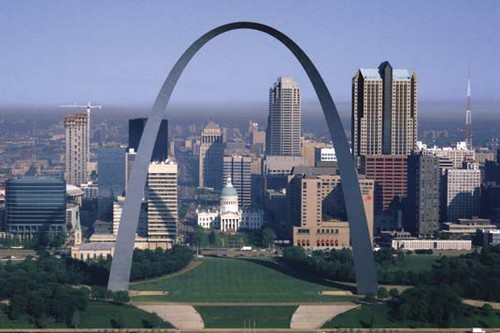 The Gateway Arch is in St. Louis, Missouri, on the wet bank of the Mississippi river. It is enamoured in stainless steel, it is constructed as a flattened catenary arch. At 192m tall, the Gateway Arch is the tallest arch in the world, as well as Western Hemisphere’s tallest monument, and Missouri’s tallest accessible building. The trip to the top in the trams with egg-shaped compartments takes 4 mins. 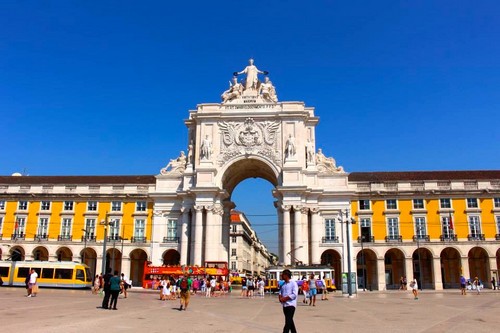 The Rua Augusta Arch is located in Lisbon, Portugal, on Commerce Square. This stone triumphal arch monument is a historical construction which was built to commemorate the reconstruction of the city after the destructive earthquake in 1755. It has 6 columns and several statues of historical figures. Initially designed as a bell tower, it has a significant height that gives it a heavy appearance. 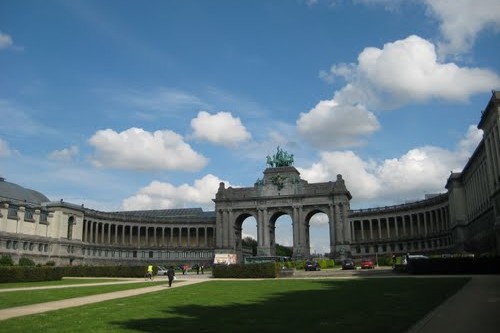 The Arch of Cinquantenaire is located in Brussels, Belgium. It is a monumental triple arch that stands tall at the centre of the Cinquantenaire park. It is known for its unique architecture, with the sidewalls featuring personifications of Belgian provinces, columns echoing the original layout of Avenue de Tervuren and most importantly, the bronze quadriga sculptural group at the top. 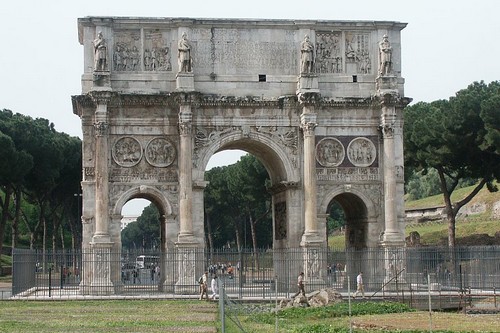 The Arch of Constantine is between the Palatine Hill and the Colosseum in Rome. It is a magnificent triumphal arch, constructed to commemorate the victory of Constantine I over Maxentius at the Battle of Milvian Bridge in 312. The arch is made of marble, with intricate 2nd century reliefs on the stone. This amazing arch monument is the latest among the triumphal arches that still exist in Rome. 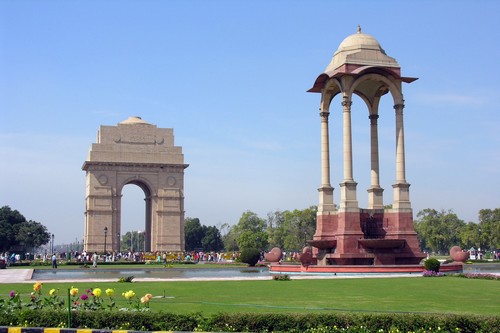 The India Gate is located in New Delhi, India, astride the Rajpath. It is a war memorial, built to commemorate 82,000 soldiers of the undivided British Indian Army who died during the First World War and the Third Anglo-Afghan War, with 13,300 names. It has a simple structure with a black marble plinth, a war helmet on an inverted rifle, and four eternal flames, beneath the archway. 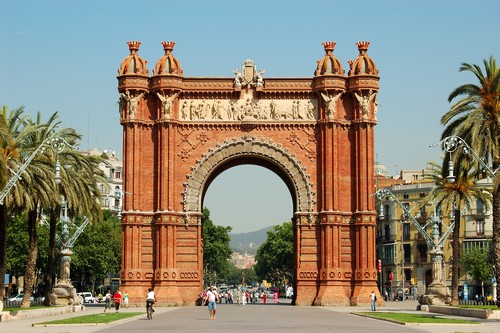 The Arc de Triomf is located in Barcelona, Spain, at the top of the Passeig de Lluís Companys promenade. It is a memorial or triumphal arch which was constructed to serve as the main access gate for the Barcelona World Fair in 1888. This arch is constructed in reddish brickwork. It has a Neo-Mudéjar style. The front frieze has a stone sculpture, while the opposite carving has a stone carving. 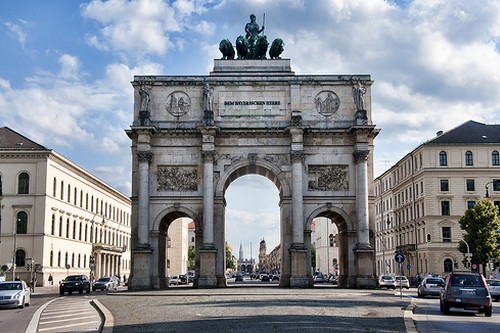 The Siegestor is located in Munich, between the Ludwig Maximilian University and the Ohmstraße. This stunning arch monument has three arches, and a statue of Bavaria with a lion-quadriga crowned at the top of the triumphal arch, and other statues. The arch was originally built as a dedication to the Bavarian army. It is now a monument which stands as a reminder of peace. 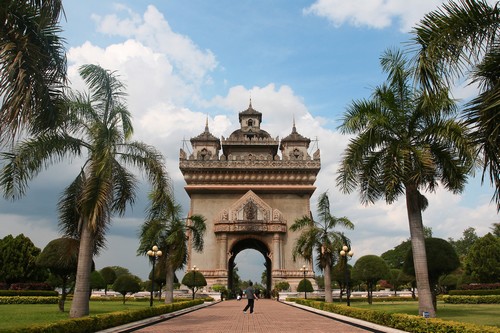 The Patuxai is located in the centre of Vientiane, Laos. It is a war monument dedicated to the Laotian soldiers who struggled for independence from France. Surrounded by the Patuxay Park, the monument is typically Laotian in design. It is depicted with several statues of mythological creatures like kinnari, or a Naga King. It also has two concrete stairways, viewing galleries, kiosks, and more.

2. Monument to the Revolution 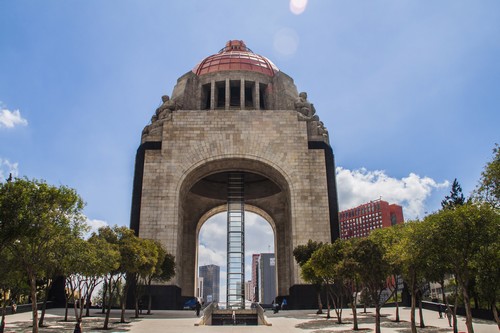 The Monument to the Revolution is located in Republican Square in downtown Mexico City. It is 67m tall, and is considered the tallest triumphal arch in the world. It was built to commemorate the Mexican Revolution. The monument also serves as a mausoleum for five heroes of the Mexican Revolution, 1910. It has a unique eclectic Art Deco and Mexican socialist realism architecture. 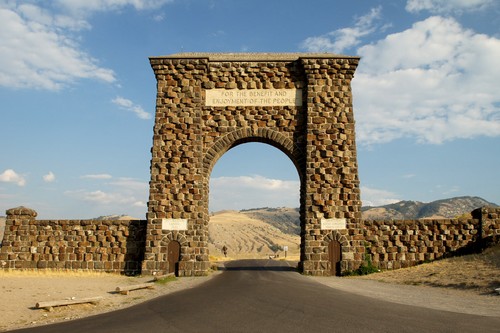 The Roosevelt Arch is located at the north entrance to the Yellowstone National Park in Gardiner, Montana. This was the first major entrance for Yellowstone. It is a triumphant arch, well-known for its rustication. The cornerstone of the arch, laid by erstwhile US president Theodore Roosevelt in 1903, covered a time capsule with a picture of Roosevelt, local newspapers, a Bible, and other items.

There are several other excellent arch monuments in the world, such as the Arch of Triumph in Pyongyang in Korea, The Gateway of India in India, the Arc De Triumphe in France, etc. The Arch of Triumph of the Immaculate Heart of Mary and International Shrine of the Holy Innocents is a proposed arch monument in Buffalo, New York. At over 213m, it will be the tallest arch. These man-made arches are considered symbols of the places where they stand.