Beautiful University Clock Towers: Clock towers used to be built all over the world, usually as a town centre, and were usually the tallest structure, visible from far and wide. Towers are also a common site in many campuses. There are wonderfully tall and beautiful university clock towers that offer the right time to the students. The architectural styles and elements differ. They not only offer the time, but also a great view of the town and the campus from their top to those who get to climb them. Let’s take a look at 10 Tall and Beautiful University Clock Towers. 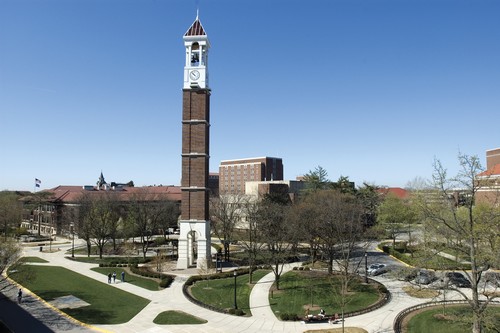 The 160 foot Purdue Bell Tower in Indiana is located in Purdue University campus in West Lafayette, USA. It has a clock on each of its four faces. Apart from serving as a visual importance to the university, there are some interesting facts about the tower, as well. The clock tower has a time capsule to be opened in 2095. It also has a seal which is said to curse anyone who walks over it. 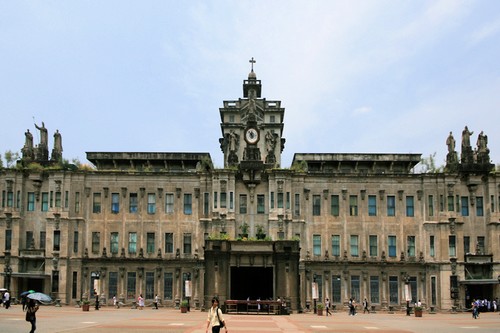 The Main Building of the University of Santo Tomas in Manila, Philippines, is a squat but tall and beautiful university clock tower of 169 feet. There are three statues that surround the clock and form the “Tria Haec” representing hope, faith and charity. Despite being designed in the early 1020s, the tower is earthquake resistant, and is notably the first building in the country to have this feature. 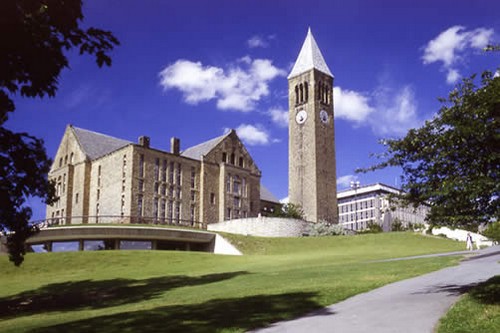 The McGraw Tower of Cornell University is a stunning clock tower of 173 feet with a Richardsonian Romanesque structure, located in Ithaca, New York of the US. The tower a museum, and practice room and seven rooms that were initially used to keep some of the books from the stacks in the library next to it. It has a chimes room, as well, and the chimes are integral to the campus life. 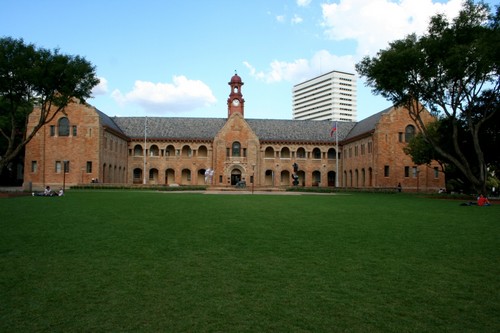 The Old Arts Building is the clock tower of the University of Auckland in New Zealand, a 175 foot elegant structure designed with an interpretation of the Perpendicular Gothic style with Art Nouveau elements, and was not considered “English” enough. Its facades are clad with stones from Somers and Oamaru, while native plants and animals, appearing in the detailing, adorn the tower. 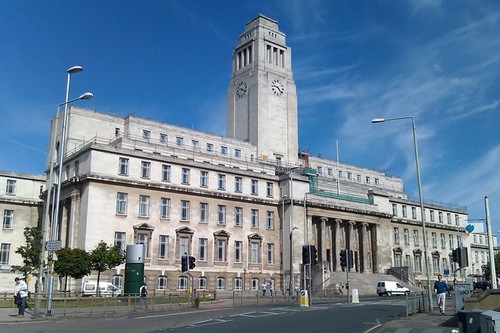 The Parkinson Building is a 187 foot high clock tower on the campus of the University of Leeds in England, UK. This tall and beautiful university clock tower is an iconic structure that stands as a symbol of the university. As a result, the edifice, which took about 50 years for its designing and completion, found its place on the emblem of this high-ranking and prestigious organiation. 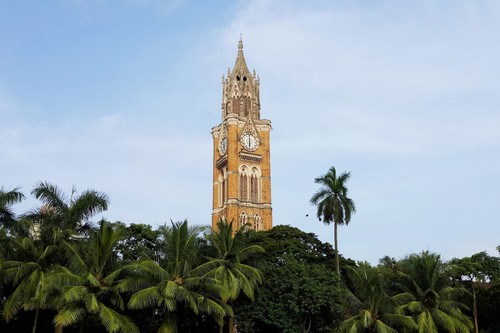 The 279 foot Rajabai Clock Tower is located within the confines of the Fort campus of the University of Mumbai in the south of the city in India. Modelled after the Big Ben in a fusion of Venetian and Gothic styles, using local Kurla stone, it is one of the landmarks in India, with one of the city’s best stained glass windows. It once became a favourite suicide spot, so it was closed to the public. 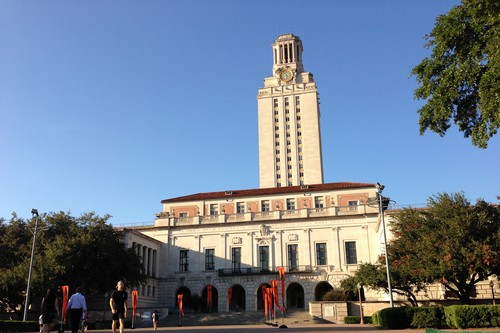 The Main Building of the University of Texas in Austin, USA, is a Beaux Art-style clock tower, open to both students and public. At 307 feet tall, it is one of the tallest buildings in the city, and offers great view, while the four clock faces measuring 12 feet across are visible from across the campus. The bullet holes mark the dark 1966 mass shooting by Charles Whitman, which killed 14 and injure 31. 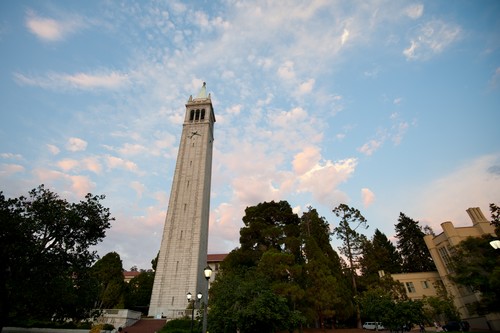 The Sather Tower, known as the Campanile, is located in the Berkeley campus of the University of California, USA. Another tower of 307 feet, it has 61 bells that chime during spring and fall semesters. It was inspired by the collapsed Venetian campanile, and was constructed with a Gothic Revival style, with granite and steel for additional strength. Its deck at 200 feet offers a great view. 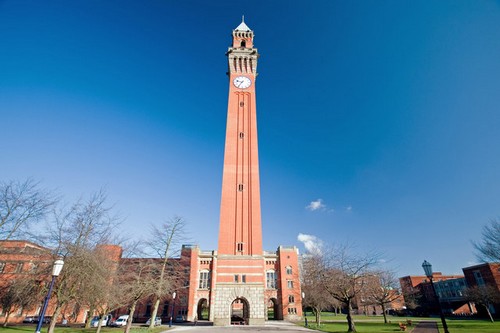 The Joseph Chamberlain Memorial Clock Tower, also known as the Old Joe, in the University of Birmingham, UK, is the world’ tallest freestanding clock tower. Its exact height is variously recorded, and varies from 325 to 362 feet, though the variation does not displace it. Renaissance Revival style tower has 17.2 foot diameter clock face, a 15 foot pendulum and a 13.5 foot copper minute hand. 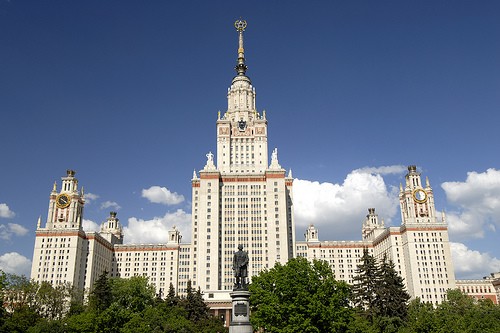 The Soviet Classicist style Main Building of Moscow State University in Russia has a 774 foot main tower, while the corner towers feature a clock, a barometer and a thermometer between them. At 387 feet tall, it is the world’s tallest clock tower, with the largest clock in Moscow, as it has a diameter of 29.5 feet and a minute hand of 13.5 feet, which weighs only a hair under 86 pound.

These tall and beautiful university clock towers are all visual linchpins of the universities they adorn, and serve as symbols or representatives of the institutes all over the world. Inside the campus, though, these clock towers have their own significance to the students, as their student lives are dependent on what these clock towers show: getting late for class, checking the time every now and then to see when the classes will finally give over, how much time is left to complete the examination, and so much more! They offer magnificent views from their top, as they stand in all their glory, to be seen from far and wide.