Riots are dreadful, no matter where it takes place. At prison, riots can occurs when the inmates are pushed to the breaking point with sheer brutality while sometimes riot can simply be planned with view of a break out. Whatever the case may be, all riots are crushed at the end and order is restored. Here we are going to take a look into 10 violent prison riots from around the world:

10. Riots By The Cuban Inmates 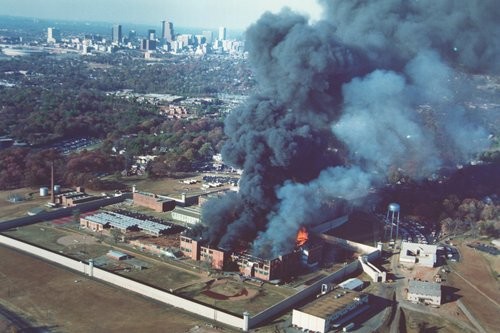 In November 1987, the US was preparing to depot 2500 illegal Cuban immigration that had been rotting at Oakdale, Louisiana and at the US Federal Penitentiary in Atlanta. But since the prisoners had not been noticed about the agreement, they broke out into a riot, attempting a mass escape. What followed next was utter chaos, innocent hostages were killed and wounded. All these lasted almost a week. After being assured of a fair hearing, the inmates at Oakdale surrendered, which was soon followed by the Atlanta inmates. Over the years around 1000 Cuban have been sent back to their countries. 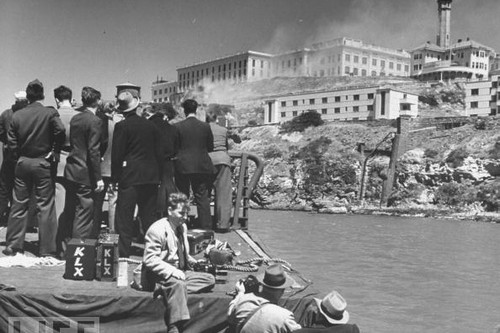 Alcatraz Island Federal Penitentiary is situated in the middle of San Francisco Bay and therefore considered inescapable. The notion was almost proved wrong on May 2, 1946, when Bernard Coy, a prison inmate convicted for bank robbery, suddenly attacked the guard who was overseeing the prison’s weapons. Coy and his five accomplices— Miran “Buddy” Thompson, Joseph “Dutch” Cretzer, Clarence Carnes, Marvin Hubbard and Sam Shockley, stole some of the weapons and managed to disarm other prison guards as well. They had planned to; first, take some hostages and then hijacking the prison motorboats, dash for an escape. But the door to the prison yard got jammed and they got trapped. Unable to escape, they decided to kill the witnesses to the riots and began firing erratic shots at the guards. It was utter chaos. All this continued for two days until two pantaloon Marines stormed into the prison and rescuing the hostages, put an end to the crisis. 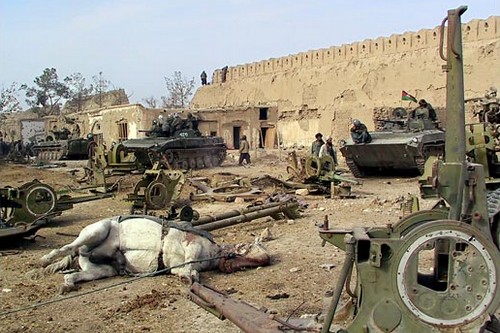 Following 9/11, the Northern Alliance in Afghanistan captured 1,000 members of the Taliban and Al-Qaeda group in November of that year. Soon, some of the inmates managed to smuggle grenades inside and staged a suicide attack killing two guards. But that wasn’t the worst of it. Two CIA officers began interrogation on November 25th, when suddenly one of the Talibans snatched an AK -47 and killed a guard. Thus began an all-out war between the prisoners and the Northern Alliance fighters. American and British Special Forces were brought in but the prisoners kept resisting successfully. The soldiers tried setting the prison on fire by pumping in oil, it failed. After that Northern Alliance came up with a plan of filling the basement with freezing irrigation water. When faced with drowning alive, the prisoner decided to surrender. Out of 1000 prisoners only 86 of them had survived the riot. 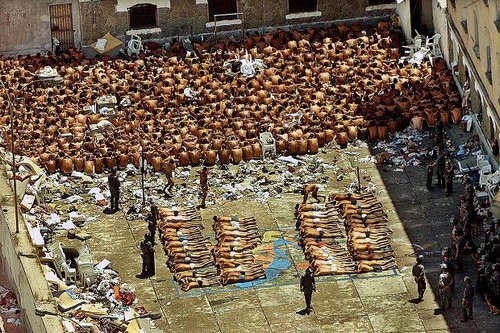 At the time, the Carandiru Penitentiary in Sao Paulo, Brazil was nicknamed ‘the powder keg’ ready to blow off at any moment. Though, in 1992, the facility was the largest prison in Latin America but it was awfully overcrowded with more than 7000 prisoners in place of 3000. It all started on October 2 over a dispute between rival drug-trafficking gangs. Soon a riot began. With the authorities washing their hands over the matter, about 300 military personnel’s were called in and who instantly opened fire. 111 prisoners were reported dead & several more wounded. Some eyewitnesses reported that the riot was subdued by committing massacre. They said that the police killed prisoners even when they were ready to surrender therefore violating human rights. Following this, Colonel Ubiratan Guimaraes, the commanding officer was convicted and till 2014, 73 officers have been sentenced for committing murder, some of them receiving symbolic long life sentences. 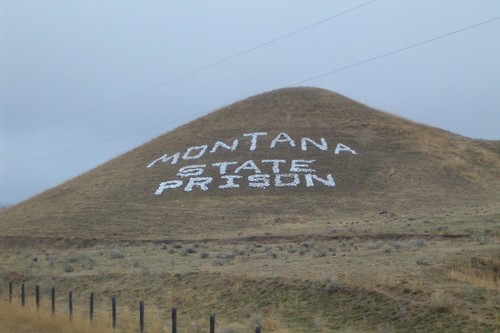 On April 16, 1959, George Alton, veteran convict Jerry Myles and his 19-year-old lover, Lee Smart, together started a riot at Montana State Prison. Alton worked in the garage therefore had access to gasoline and together they created torches rags and mop handles. Soon, they over powered the guard and set other prisoners free. The Montana National Guard swung into action, while Myles kept blasting through the prison speaker that his motive was to improve their prison conditions. The media took note of it. But Myles was only buying time while his fellow inmates were digging a tunnel under the wall of the prison. When the National Guard stormed in, all their hopes were dashed. Everyone surrendered peacefully, except for Myles and Smart who continued their resistance until realising that no escape was possible. They killed each other. 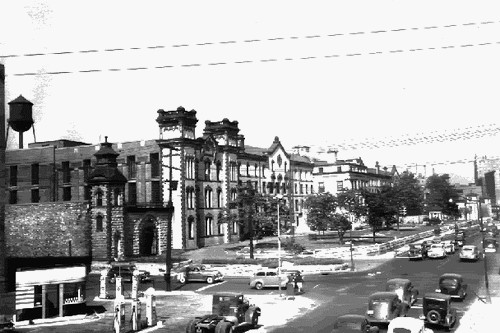 In 1993, three very unlikely alliances was formed to demonstrate a riot at the Southern Ohio Correctional Facility in Lucasville between three separate prison gangs—the Aryan Brotherhood, the Sunni Muslims, and the Black Gangster Disciples. The tension arose when the prison authorities announced that the inmates were to be vaccinated for tuberculosis. The Sunnis cried for boycotting the vaccination as it was violating their religious beliefs. The riot began on April 11th and went on over a week until the authorities cut off the power and water facilities. At the end 5 inmates were sentenced to death for committing murder during the riot. 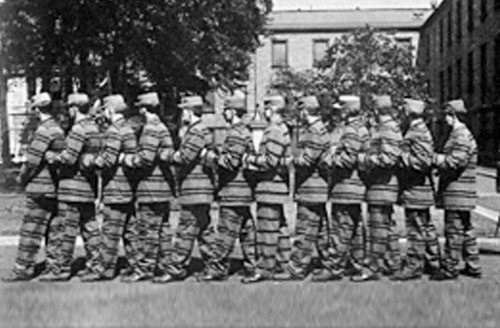 In 1821, in the first riot of its kind, ordinary citizens took to rioting at Auburn State Prison in New York to protest against the kind of treatment inmates were subjected too. The warden of Auburn, Elam Lynds was notoriously brutal and was said to have often whipped the prisoners, even his own staff was against his brutal methods. So one day three of the guards who refused to flog the prisoner were shot dead and when the news reached the local folks, all hell broke loose. The angry mob took hold of Lynds, poured tar over him and then adorning him with feathers, paraded him. Meanwhile the prisoners trying to take advantage of the situation, set fire at some places in the prison. But in spite of all that, Warden Lynds managed to prevail and ultimately brought the situation under control. Later he used this incident to demonstrate why severity was required at prisons. Following this the Auburn State Prison became a harsher place. 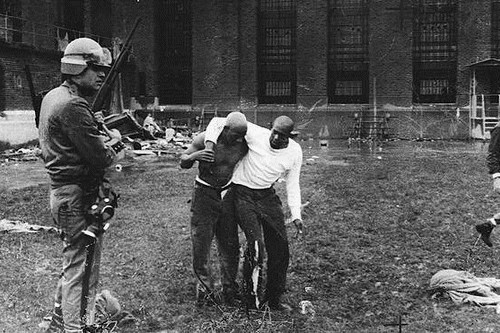 In 1971 a notorious riot took place at Attica Correctional Facility in New York. It was another overcrowded facility. On September 8, two inmates were wrongly charged and put away to be punished, meanwhile rumour spread like fire about the two inmates being tortured. The following day, a riot broke out with about a 1000 prisoners vandalising the place and taking the 42 office staffs hostage. The siege continued for 4 days until the National Guard stormed in, killing 10 hostages and 29 inmates. Later the National Guard was accused of mishandling the situation and killing some of the hostages. The case went to the court and was stretched for decades. Ultimately the families of the victims received financial settlements. 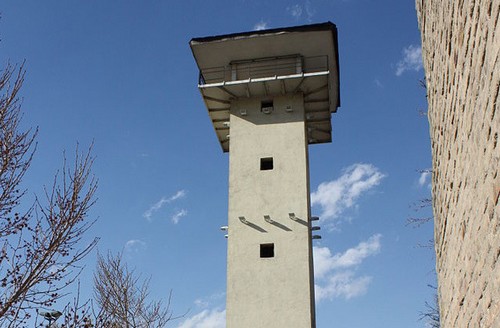 During the Iranian Revolution, the Shah of Iran was overthrown and replaced by Ayatollah Khomeini. Around this time the American information technology company Electronic Data Systems (EDS) was accused of having installed computer systems for the government. Moreover, during the revolution the EDS executives Bill Gaylord and Paul Chiapparone were arrested. Two months later on February 12, 1979 an angry mob stormed into the Qasr Prison in Tehran, Iran, that led to the escape of 11,000 prisoners. It was later suggested that this was actually an orchestrated American rescue operation for Gaylord and Chiapparone. The large mob of pro-Khomeini revolutionaries were told that the Qasr Prison had prisoners who were supports of the Shah and was led to the prison deliberately to enabled Gaylord and Chiapparone to escape the prison and ultimately the country. 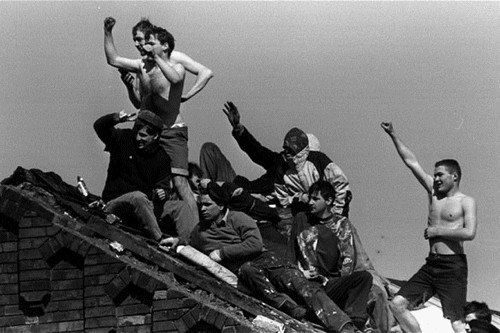 In 1990, Manchester, England, one of the longest prison riots in history took place with 1,647 prisoners. Previously the Strangeways prisoner had been complaining about the miserable condition and brutality in the prison. On April 1, over 300 prisoners arrived at the chapel for Sunday morning service and while the sermon was being addressed, an inmate Paul Taylor took the microphone and suddenly called upon his brother inmates, “Let’s take the prison.” The prisoners over-powered the guards and took over the entire facility. It took 25 days for the chaos to subside but in the meantime, the Strangeways riot had insipid more riots on smaller scales in other prison facilities throughout Britain.