The internet has come such a long way since the 90s. And with great change comes a lot of slang that sometimes make it almost impossible for one to communicate effectively with others that are well versed in the internet slang field.

Internet slang have become such a huge part of our daily lives that we use it even in real life conversations. So without further ado, here’s a list of the most commonly used internet slang /phrases.

Urban dictionary defines Bae as a Danish for poop. A definition the internet has refused to stick with choosing instead to use Bae when referring to a significant other or in some cases, a friend. Simply put, it is a term of endearment used either as a shortening of “babe” or the acronym of “before anyone else”. The earliest known use of Bae as an acronym, according to the Visual Thesaraus, dates back to 2011 in a tweet – “my girl hates being called bae but i still call her that bc it stands for Before Anyone Else”.To show big of a word it has become, pop stars Miley Cyrus and Pharell Williams released a “come get it Bae” song.

Direct Message this is Twitter’s direct message feature which lets you send and receive messages without the glare of the public. This comes in really handy if you’re trying to say something sweet or naughty to one or two persons. The use of the acronoym DM has gotten just as big as the use of PM (Personal Message/Private Message).

This slang comes in real handy if you just suffered an unfortunate situation and you need a way to express your displeasure. The earliest known definition of FML was submitted on Urban dictionary in May, 2005. But the expression became mainstream with the success of Judd Apatow’s hilarious movie “Superbad”. Its frequent usuage didn’t start spreading till 2009 when a blog started a forum for users to drop real life “FML” stories.

When you re-learn a previously learned information and it’s still great to you, you share it with the world by adding a “TIL”. This is used almost everywhere but it makes most of its appearance on threads where a poster shows that s/he is taken with a certain idea that may blow people’s minds.
Sometimes, though, it is used when a person is just too lazy to type “until” or Totally in Love.

When your palm instinctively hits your face or forehead as a reaction to someone’s supposed “stupidity”. Facepalm is what that entire action is called. It can be used to convey feelings of: unbelief, disappointment, dismay, sacarsm, embarrassment, disapproval or ridicule.

According to Macmillan Dictionary, the term “facepalm” first made its appearance in 2006 although there is another source claiming the earliest citation of “facepalm”, happened in 2001. The word is often surrounded with asterisks or between square brackets – *face palm* or [facepalm] – to separate the gesture from other words in a post.

The internet is a virtual place where a whole other persona exists. People use it to separate their real lives and what’s happening in it from their online personalitiesit. The use of IRL is simply placing emphasis on the disconnection users feel from the life they have on the internet and the one they actually live, you know, IRL. 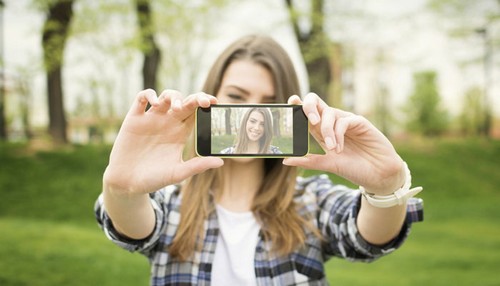 This is basically a picture you take of yourself with an intention – in most cases – to upload it online for views and likes. In this case, the subject of the picture is also the photographer. although, it didn’t get momentum until 2013, it’s earliest use can be traced back to 2002 when it was used by a drunken Australian. To show how far it has come, Selfie, was Oxford Dictionary’s word of the year in 2013.

The present tense of “what you been doing?”. It is a question most commonly used on social media platforms and texting. It is commonly used to express feelings of: curiosity & confusion. Sometimes, it is used in a rhetoric and sarcastic form. Although not very popular, WYD can also be used as a hashtag – #WYD. WYD typically starts a conversation. It sometimes indicates that one wants to suggest a plan to hang out.

Taking the L means accepting your failure. In this case, you take an L if you say or do something profoundly stupid/dumb, flunk a test, get robbed/beaten up, being dumped, try to sound intelligent but are proved wrong or if you lose your money through unacceptable business schemes. It became really popular for some reason and it seems it will enjoy a few more years on the streets of the internet.

This term’s used mostly in sports but unfortunately, it was hijacked by internet users and almost everyone in every field is regarded as the “real” MVP as long as they did something considered awesome to a certain group of people in the world.

Dafuq looks like a legitimate word, doesn’t it? I assure you it isn’t. It is just another way the internet says WTF. It is mostly used to convey confusion in but it can also be used when you’re feeling disturbed, angry,disgusted, scared or surprised. It started in 2009 as an Ebonics used in the stead of “what the f**k”. 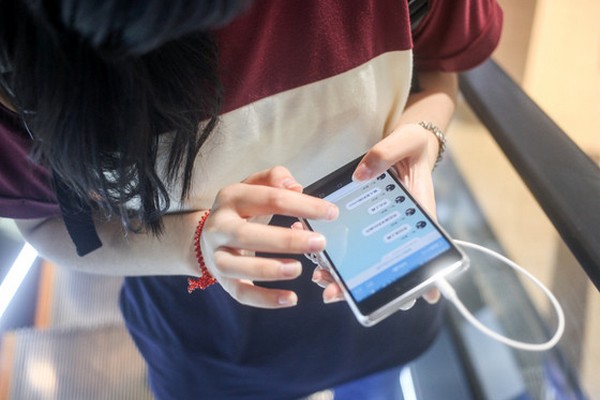 TBH/TBFH: To Be HonestTBFH/To be F**coming Honest
IMO: In my Opinion
ICYMI: In Case You Missed It
IDGAF: I Don’t Give a F**k
Legit: short for “legitimate”
MIRL: Me In Real Life
NSFW: Not Safe For Work
HMU: Hit Me Up
WCW/MCM: Woman Crush Wednesday/Man Crush Mondays.
Netflix and Chill: a subtle way of inviting someone over with the intention of getting on their pants later on. Quite similar to a booty call but misleading.
Trolling: the art of deliberately upsetting someone.

What did I leave out?

This is in no way an exhaustive list of the most commonly used Internet slangs, so tell me what I left out. What acronym, word or phrase did you come across recently that made you look it up online?