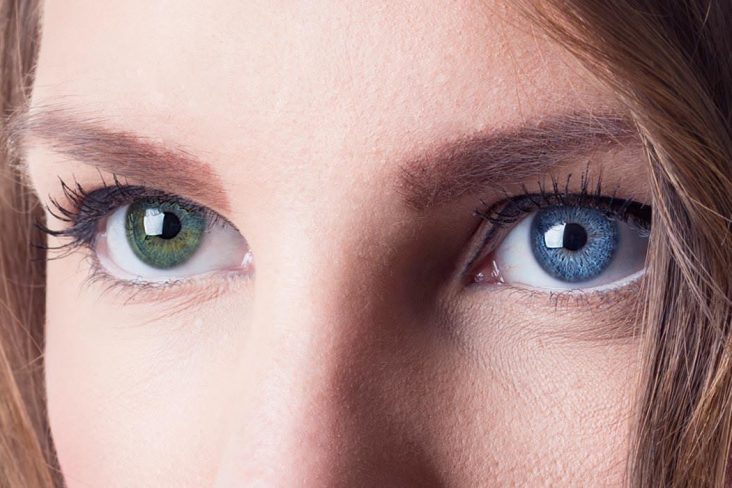 Chimera is a Greek mythological monster with a lion head, goat head protruding from the midbody, snake tail (sometimes identified as a dragon) with dragon wings. In science, the chimera indicates that an organism\human is made of two or more sets of cell lines (have two DNA sets in his\her body). Chimerism can occur due to fertilization error or twin absorption phenomena.

The scientific community thought chimerism is a rare natural occurrence. Still, new evidence suggests the opposite, as 20-30% of single childbirths are incomplete multiple pregnancies. Chimerism can give insight into immune tolerance, which means higher tissue transplant success rates and lower autoimmune diseases incidence.
Here is a top 10 list of already existing human chimeras that could include you!

Dilemma was a famous athlete in her time. She won the gold medal for 100 m and 200 m race in the London tournament in 1949. In 1950, she was banned for life by the international athletes association federation (IAAF). She was forced for a sex test; consequently, Dillema lost her national record (24.1 seconds) in the 200 m race. The sex test was based on the Y chromosome’s presence or absence to indicate male or female gender. This test was used by IAAF from 1950 to 1992, to be replaced with testosterone levels test.

After her death, a medical report confirmed that Dillema was an intersex woman with an ovotesticular disorder of sex development (she has an ovary fused to testes inside her groin). A DNA test confirmed the presence of XX half (for female) and XY half (for male).

Semenya is a middle-distance runner and the winner of the Olympic gold medal in 2016, gold medal of women’s 800 m world championship in 2009 and 2017. As well as gold medals in the 2011 and 2012 world championship and Olympics, respectively.
In 2009, Semenya was subjected to a sex test to reveal that she is an intersex woman, with an XY cell line in her body. Which led to her withdrawal from competition until 2010, when she was cleared to compete.

Semenya is still active. In 2019, new rules forced women like Semenya from the IAAF competition unless they take suitable medical treatments, despite being a natural case rather than a pathological one.

Tylor is the granddaughter of Edward Muhl (a vice president of Universal Studios). She is also a singer, dancer, model, and a known chimera case.

Tylor was born with large skin coloration in her left torso, which her family and doctors believed to be a huge birthmark. When she was diagnosed to have female\female chimerism, she kept it a secret up to 2016, when she went public, to be the only known case in the entertainment industry.

Tylor’s chimerism gave her some pathological side effects like autoimmune health issues, food and drug allergies, and jewelry sensitivities in varying degrees between her left and right sides. Tylor started an awareness campaign about chimerism.

In 2002, Lydia Fairchild separated from her children’s father, Townsend. She was a mother of two and pregnant with a third child. She was unemployed, so she filled a state support request at Washington. As part of the procedures, a DNA test was carried for Lydia and her children. The results were conclusive that Lydia is not the mother. She was accused of fraud, and authorities called for taking away her children.

Lydia’s obstetrician, as well as her mother, testified for her that both witnessed her births. The court assigned a witness to observe her third child’s delivery. DNA testing samples were collected in the delivery room. The results were the same. She is not the mother of this one either.

The solution came from Lydia’s defense attorney. He found a chimera case report in the New England Journal of Medicine, so he proposes that Fairchild can also be a chimera. A cervical smear test confirmed Lydia’s maternity of her children.

In 2002, the New England Journal of Medicine published an article about chimerism. A 52-years old Karen Keegan was in preparation for a kidney transplantation to cure her kidney failure. She and her family members did a histocompatibility testing. The results confirmed that two of her three sons are not hers.

Karen’s blood group was A positive with B traces. She was XX female\female chimera; some tissues belong to her twin sister, and others to hers. A biopsy from a thyroidectomy was matching her children. Karen Keegan is an excellent example of immune tolerance; her lymphocytes could not attack both her mother’s or brother’s cells. Her case helped in securing maternity for Lydia Fairchild.

Chris long had a bone marrow transplantation to save his life. Three months later, his blood DNA had changed, but this is a normal and the goal of the procedure. But after four years, he discovered his lips and cheeks also contain DNA from his donor, even all his semen start to belong to his donor. He said, “I thought it was pretty incredible that I can disappear and someone else appears.”

In 2005, Transfusion journal published the case of a healthy woman, her blood group is AB, while her father is O group. In science, an AB child can only generate for A and B parents, and for a Parent with O blood group, it is impossible to give an AB child.
The researcher carried out a gene search the found A, B, and O alleles. Both the father’s alleles were detected. The study concluded that the woman was a chimera with a fusion of AO genotype half and BO genotype half.

In 2011, the Journal of Forensic Science published a report about a chimeric boy. A 4-year boy was to undergo surgery for a dislocated hip. His blood grouping before the procedure showed that he was an AB group, but in an atypical way. His parents’ blood was AB and O group. In science, AB and O parents will only have A or B children; the boy’s results ruled out his parents’ paternity.
Scientists carried further investigation and found that the boy has two sets of blood group ABO, one to be AO, and the other to be BO genotype. The paper concluded that the child was a chimera.

IVF ( In Vitro Fertilization) leads to a chimeric boy, with both male and female genitals. In 1998, a group of scientists reported that, during an IVF procedure, 3 embryos were implanted into a 31-year-old woman. 36 days later, an Ultrasound showed a single fetus. After birth, a boy was investigated and confirmed as a normal boy. When the boy was 15 months old, he had a surgical exploration. The procedure showed a sac with abnormal genitals, the histology examination confirmed the presence of ovary, fallopian tube, and uterus. The boy is XX and XY chimera. And this is the first reported case of chimerism after an IVF procedure.

In 2010, Chimerism journal reported a microchimerism case. A 40 years old man with a scleroderma-like condition (an autoimmune disease that affects the skin and internal organs), with a DNA testing, female DNA was detected. The scientist believed it could be maternal cells, but the test excluded this option. The only option left was this DNA belongs to his vanished twin sister. The scientist couldn’t confirm the association of this microchimerism and his autoimmune disease.

Everyone else ( E.O.E), including yourself, can be a chimera, naturally or in acquired form. Permanently or temporarily.

Pregnancy: pregnant mothers have few fetus cells that escape to their blood circulation and then to various tissues. After delivery, the mothers’ immune system will neutralize those cells. It was reported that a mother had microchimerism of her son 50 years after his birth.

Twins: in a scientific report, there is a higher chance of microchimerism and chimerism with twins, doubles, or triples. As mentioned above, 20-30% of all single births were originally multiple pregnancies with vanishing or absorbed twins.

Blood transfusion: this procedure include the transfer of red blood cells RBCs; as general information, RBCs contain no DNA, or nucleus to be precise. The blood DNA is from immunological cells. When a blood is transferred, the DNA also is transferred. It’s a temporary chimerism.