Food agencies across the globe are responsible for us having fresh and delicious food at our disposal. With over seven billion inhabitants on this gracious planet, it is an arduous task for essential foods, that meet our nutritional needs, to be distributed at efficient costs and effective methods. Hence, food agencies greatly modify the food we eat to meet this demanding quota. Keep reading to find out about some delicious foods prepared with some bizarre ingredients. 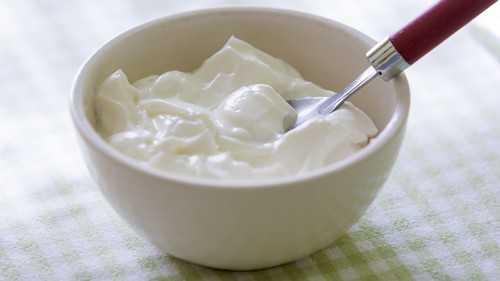 Yogurt is a victim of bacterial fermentation, so that already discourages people from eating it. Nonetheless, this delicious treat contains Lactobacillus acidophilus, Lactobacillus casei and Bifidus, all probiotics that can stimulate a healthy digestive system, defend against sicknesses, and minimize the percentage of eczema in babies. On another note, processed red dye is actually manufactured from cochineal beetles, which are killed and then dried to make the dye. Therefore, a nice, fresh package of strawberry Yoplait yogurt has numerous of the deceased beetles in its container.

That should give plenty of more people a reason to be disgusted of yogurt, but in fact, the beetles are responsible for a number of red dyes in no particular. The reason why food manufacturers use these beetles is because of the recent news linking artificial dyes to cancer. Surprisingly, these manufacturers are actually saving our lives with an organic ingredient, go figure. 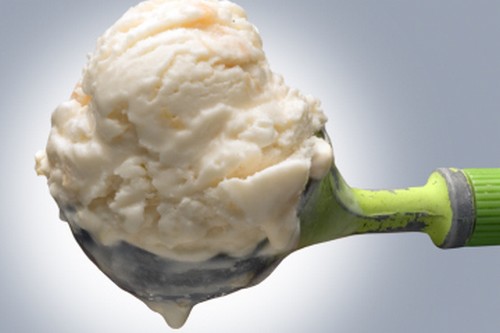 Hope this does not ruin anyone`s childhood. Particularly, vanilla ice cream has an outlandish ingredient that is responsible for its fragrant aroma. Castoreum, a slime that is secreted from a beavers`s anus, is an important ingredient in vanilla ice cream. This chemical has a distinct smell that is similar to that of vanilla, which is why it is harvested as a fragrance. What’s more surprising is that Castoreum can be extracted from a beaver in a fluid-like stream. Basically, beavers can be milked just like a cow. 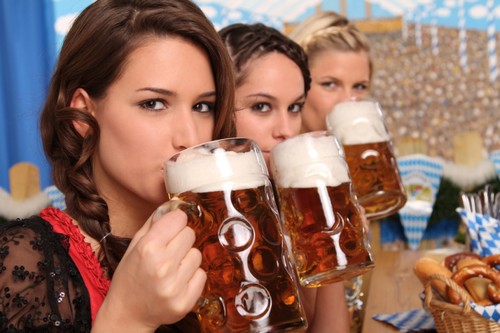 Beer is not a food, but we all get the gist. Anyhow, America`s favorite alcoholic beverage contains propylene glycol and isinglass. Propylene glycol serves as an ingredient in airplane fluid, and isinglass is a substance refined from dried fish bladders. Both aid the brewing process of beer, but it is apparent that beer wouldn’t taste the same without these ingredients. While breweries are not required to disclose their ingredients, it has been proven that these substances are found in beer, and make it enjoyable for the millions who drink it.

Many beer companies keep their ingredients a secret, which has been detested by food experts. Also, some beer companies use other additives to darken the color of their beer, and the compounds of these ingredients are unknown, and it is henceforth under investigation from the FDA. No one knows what these companies are hiding nowadays. 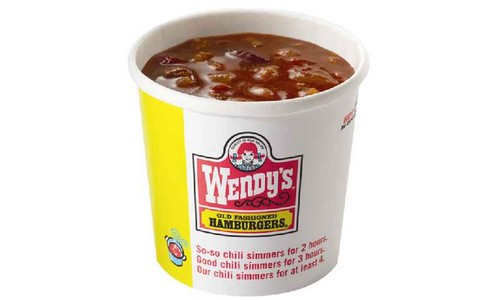 With locations in 30 different countries, Wendy`s is a major rival to fast-food chains such as Mc.Donald’s (we will get to them later) and Burger King. As such, Wendy`s produces what they call, their world famous chili, to satisfy their customer’s hunger. Little do they know, the chili that they crave is composed of silicon dioxide, or sand if you will. Sand is used as an anti-caking agent in the chili so that it is looking fresh for your next purchase.

This really shouldn’t come off as a surprise, considering the obscurity of fast food restaurants. Safe to say, without this sand, Wendy`s would not have their fresh, world famous chili, as they so claim. We will be getting to Mc.Donald’s soon with an actual fact, just you wait.

Let’s cut to the chase. Jell-O is composed of collagen, a protein found in the connective tissues of animals. As a matter of fact, when boiled, collagen forms gelatin. Collagen is an important nutrient for the body. Without a sufficient serving of collagen, wrinkles can ensue, and unlucky victims can even start to suffer from osteoporosis. Surprisingly enough, there really is not a clear way to eat pure collagen. Normally, collagen is found is raw meat. Though. since we now have fire, which is cost effective, no one should really be eating raw meat now should they?

That is where gelatin comes in. As previously stated, collagen forms when gelatin is boiled. That means that eating gelatin is probably one of the only ways to get a healthy serving of collagen. At any rate, let’s not forget that collagen is made from animal tissues.

Whether it is for fresh breath or for the love of chewing something, chewing gum can be found in the pockets of many people across the globe. What’s more surprising is that chewing gum manufacturers love to be obscure about what they put in their product. Is it because they have so much wonderful products that they do not want to tell? Or is it because of some weird ingredient that they are hiding from consumers? To break the silence, chewing gum contains lanolin, which is a fancy chemical name for sheep oil.

For all of the unbelievers who can’t fathom chewing on the secretions of Mary`s little lamb, buy some chewing gum and look at the nutrition facts. Gum base is a common ingredient found in chewing gum, which is used as a softener. However, what`s hilarious is that gum base is an euphemism for lanolin. Therefore, food manufacturers can`t really be trusted. 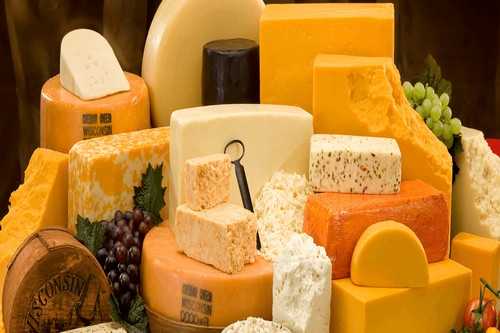 When the internet reported that wood pulp was found in cheese, people went crazy. Needless to say, apparently not many people actually researched what wood pulp actually is. Though it has a self-explanatory definition, wood pulp is actually a nickname derived from cellulose. Cellulose is a chemical compound made from oxygen, hydrogen, and carbon. It is harmless and found in every fruit and vegetable. As long as cellulose is eaten at a moderate percentage, it is perfectly fine to eat.

Experts commonly use the term “wood pulp” to refer to cellulose because food manufactures process wood in order to harvest cellulose. Now since that is out of the way, cellulose is somewhat safe to eat. Cheese with under 4% of cellulose is probably the most nutritious, so don’t go and gobble this stuff down.

We finally reach Mcdonald’s, the god of the fast food industry. McDonald’s is notorious for having the chemical agent, L-Cysteine, in their pies. According to a VRG member, McDonald`s has disclosed that its pies contain L-Cysteine from an animal source. That’s pretty obscure coming from such a revered fast food restaurant chain. When the correspondent asked a McDonald’s representative to elaborate, they simply that they had no other information regarding the subject.

Furthermore, L-Cysteine is derived from only three sources. Those sources are hog hair, human hair, and duck feathers. That means that the only animal sources that L-Cysteine could have been contained from are hogs and birds. Whatever purpose this chemical serves, McDonald’s pies sure are tasty. 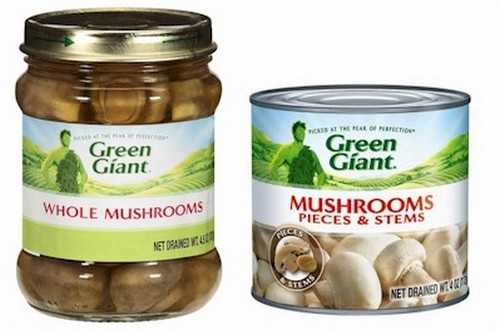 The FDA agrees that these amount of maggots will not harm anyone. Due to the increasing trend of entomophagy, these maggots are actually craved by millions of people all over the globe. Since they won`t harm anyone, it is only plausible to infer that they are added for extra proteins. 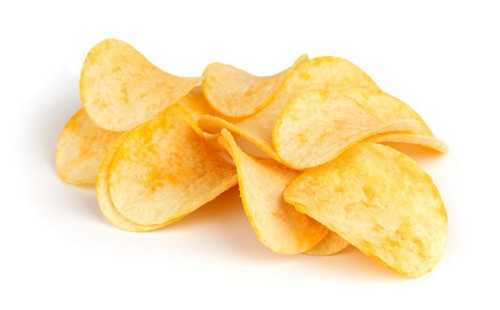 Does the FDA sound familiar? The FDA is aware and allows sodium bisulfite to be used in potato chips. Sodium bisulfite is used to bleach potato chips to their optimum color. It also keeps Vitamin C from breaking down, which is useful in many ways. Food companies are so reliant on this chemical, that they have pleaded with the FDA to continue to allow its use. They have claimed that banning sodium bisulfite would ruin their businesses, thus harming the industry.

Without sodium bisulfite, potato chips surely will not be the same, so it’s no wonder why the FDA doesn’t ban the chemical.