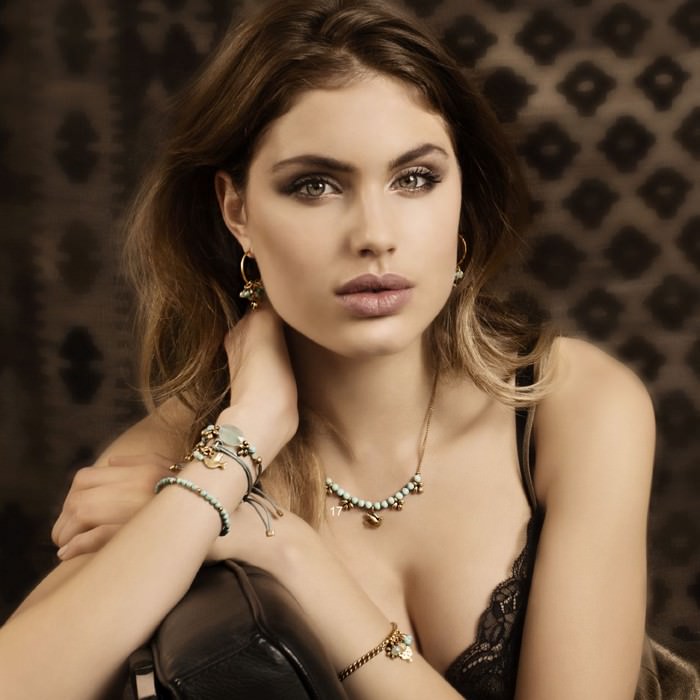 Denmark is a kingdom of idyllic landscapes and thriving cities – a pioneering society with a beautiful green lifestyle. Together with it, it also is one of the happiest countries in the world. If you are happy you look attractive and this perhaps is one of the reasons why Danish women are amongst the most beautiful ones in the world. Though every woman in beautiful Denmark looks gorgeous we shall present a list of the only top 15 of them. The listed below are some of the most beautiful Danish women.

This gorgeous Danish woman has tried her luck both in modeling and acting and is great in both the fields. She is very dedicated to whatever she does and whether you see her in the runways or on the screens you just cannot help but fall in love with her. She has been a part of many films which have been big hits and thus she has a very promising career. Her good looks and talent have also won her a big fan base.

The 14th on the list of most beautiful Danish women, Maria Gregersen – a Danish fashion model. She has appeared on the covers of the world top magazines, like: Costume, Marie Claire, ELLE, Madame, and Eurowoman.

Caroline Brasch Nielsen is a popular Danish model who is known for being the face of Valentino and Marc Jacobs. She even has worked with Victoria’s Secret, a very famous lingerie brand. She has secured for herself the number 19 position in Models.com, which to a great extent speaks about her beauty. Caroline even has been on the cover of Elle, Harper’s Bazaar, and Elle.

Barbara is very beautiful, true, but more than that she is smoking hot. She is a very talented woman, a great actress, and model. She is very passionate about her work and puts lots of effort into everything she does. Small eyes could not have looked as perfect as they look on her. Perfect skin, perfect hair, perfect eyes, and a great body – with all these features Barbara is a perfect package.

The daughter of actor Joen Bille and art historian Bente Scavenius, Beate Bille comes at No. 11 in our list. Beate Bille is a member of the ancient noble Bille family. She is one of the most famous Danish actresses. She is best known for acheiving a Shooting Star Award at the 2006 Berlin International Film Festival.

Mia Rosing is a well-known Danish model who has appeared on the cover pages of magazines like Madame Figaro, Topmodel, and Elle. During the beginning of her career itself, in the year 1998, she became the winner of the Elite Model Look Competition, and ever since she has got the chance to work with big fashion brands. Though she is as pretty as most other models, her Danish features make her look all the more attractive.

Yet another model and beauty pageant titleholder who won Miss Universe Denmark 2016 graces our list of most beautiful Danish women. Christina Mikkelsen represented Denmark at the Miss Universe 2016 in Manila, Philippines on 30 January 2017, but later was dethroned in February 2017 due to accusations of money laundering.

Another Danish fashion model, Agnete Hegelund comes at No. 8 position in our list of most beautiful Danish women. She has modeled in several world’s renowned fashion shows. Also, she has modeled for designers Burberry Prorsum, Christian Lacroix, Diane von Fürstenberg, Dolce & Gabbana, Givenchy, Marni, among others.

This list of the top 10 most beautiful women of Denmark surely cannot be complete without mentioning Amanda Norgaard. She is a Danish model who has worked with popular brands like V Magazine, Harper’s Bazaar, and Teen Vogue. She is stunningly beautiful and an English indie rock band, The Vaccines, got smitten by her beauty so much so that it created a song on her name. It was during a photo shoot that the band got to meet her and it is then and there that they decided to create a song about her. Certainly, she is one of the most beautiful women of Denmark.

The Miss Universe Denmark 2010, Ena Sandra comes at No. 6 in the list of most beautiful Danish women. In addition to her modeling careere, she is currently studying communications. Besides all her work, she participates actively in charities for families with cancer affected children. Also, she is an ambassador for FMKB.

Nina Agdal is yet another Victoria’s Secret model and also has also worked for Cosmopolitan, Vogue, and other popular brand names. This gorgeous lady is blessed with a stunning figure. Also, she has a very pretty face, well-defined jaw line, beautiful sparkling eyes, and a gorgeous smile. Her hair is also so beautiful and helps make her an epitome of perfection.

Terese Pagh Teglgaard is a gorgeous Danish model and one of the winners of the Danish Elite Model Look competition in 2006. What anyone cannot avoid noticing in her is her perfect blue pair of eyes. People, in fact, fall in love with her eyes at the very first look. This beautiful model has worked with many fashion brands and recently has even done screen tests for Hollywood movies.

Many of you might not be aware of this stunning beauty as she has entered the glamour world not too long ago. Helena Heuser won the beauty pageant Miss Denmark 2016. She is yet another model with the perfect set of eyes which only makes her look all the more irresistible. This young, hot lady certainly has a very promising future and is going to make her nation proud.

Josephine Skriver looks no less than an angel, yes, she is that beautiful. She is a popular Danish model who also has been Victoria’s Secret model which is a big achievement for any woman. Skriver has even featured in magazines including Marie Clarie, Harper’s Bazaar, Vogue, and Elle. Not only does she have a pretty face she also is known as one of the hottest models in the fashion industry. This flawless beauty has won many hearts with her good looks and charming attitude.

Maja Krag many a time has been compared to Cindy Crawford and Angelina Jolie so you can well imagine how beautiful she is. This gorgeous lady started modeling as a child model at a very young age of 8. She has got perfectly attractive features, a great body, and is immensely confident, because of which she has secured a place in this list.

You might know that many Danish women, who may not be as popular as those mentioned in this list, have selected modeling as their career clearly because of their great looks and perfect body. This only shows that Denmark has some of the most beautiful women in the world.