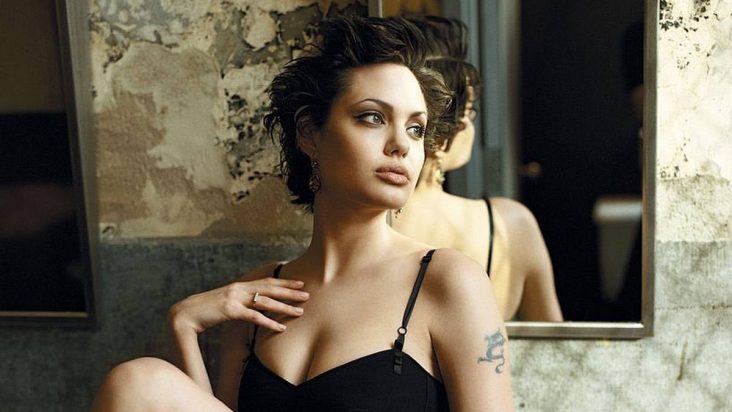 Hollywood is a place full of beauty, talent, glitz and glamour, and a lot of luck. Hollywood gives great stardom to people who can prove themselves, but, until they are really lucky, they have to work extremely hard to make a mark. Sometimes, even people from star families don’t make it big, while at times, common people through reality shows create a blast. Some become instant hits, while many struggle for years. Many of the top actors in Hollywood have started as early as children, while many have begun their careers as extras. Some of the most beautiful and accomplished actresses of Hollywood were once models, though it is also true that they are often approached by big brands to sign endorsement deals with them worth millions. Let us take a look at the Top 10 Beautiful Actresses who were Models.

Marilyn Monroe is among the most famous and timeless actresses of Hollywood, known for her striking beauty that enthralled the world then, and still does now. Blonde hair, porcelain skin, beauty-spot: she was the complete package, and often referred to as the blonde bombshell for her works in several movies back in the 1950s and 1960s. She had potential to make it bigger, until her life came to a sudden halt at 36. It is no surprise that the beautiful lady started as a model early on. Monore top the ranking of Top 10 beautiful actresses who were models.

The beautiful and gracious Julianne Moore is seen on the hit saga of The Hunger Games. Before moving on to movies, she was an actress in the soap operas, and was famous as Frannie Hughes in the 1985-1988 television series, which eventually won him a Daytime Emmy Award. She started her movie career in 1990. But as a teenager, had no plan as such to pursue fame. In fact, she actually wanted to be a physician. She acted in high school and college plays, and modelled at a young age.

The confident Jane Fonda started as a model, and was featured on the cover of Vogue, not once but twice. But eventually, she entered the world of acting, and stole the spotlight, remaining there for more than 50 years. She has acted in a number of movies, including 9 to 5, which became a favourite watch in the 1980s. Though she has been in controversies, she is best known for crusading against plastic surgery after reversing her breast augmentation. Her workout videos are very popular, too.

Forbes has listed Angelina Jolie as the highest paid actresses in Hollywood, thrice. And, she is known for her incredible beauty and great acting. Off-screen, she is involved in philanthropic works. She was barely 7 years old in her first movie, in Lookin’ to Get Out with father Jon Voight, and returned to the silver screen ten years later in Cyborg 2, in 1993. She had begun taking acting lessons at 14, but dropped out to become a funeral director and fashion model, only to return to acting shortly after. Jolie is one of the most famous as well as most beautiful actresses who were models.

Uma Thurman has just the right look for a model, with blonde hair, blue eyes and a height of 5’11”. She was in fact a model before she became an actress. She started modelling at 15, with Click Models. Then, in 1986, she was featured on the cover of the British Vogue. So it can be said that she had started off on the right foot when it comes to modelling. However, her real passion was movies, which is why gave up modelling to begin her acting career two years later, and has been consistent.

At 14, Jennifer Connelly starred as a teenaged girl on a quest to save her little brother from the wicked Goblin King, in the film, Labyrinth, with David Bowie playing the antagonist. But she was no stranger to the world of glamour, as she was a model at the age of only 10 years when she entered a contract with Ford Modeling Agency. She was a successful model, with no aspirations to act. But, from magazine covers, she eventually went on into acting, and winning an Academy Awardee.

Born and brought up in South Africa, Charlize Theron is a natural beauty, with a pristine air about her. Her first step into entertainment was through modelling, and although she was reluctant to take up the profession, she managed to win a modelling contract at 16, and moved to Italy. A year later, she moved to New York to be a ballet dancer, but a knee injury came in the way. Eventually, she became the Academy Award winning actress in Los Angeles, with films like Monster under her belt. She’s at No. 7 in our list of TOP Beautiful Actresses who were Models.

Cameron Diaz is known for her great comic timing and sense of humour. She is particularly capable of laughing at herself. On the big screen, Diaz shows off her bizarre dance moves in Charlie’s Angels and her outlandish singing abilities in There’s Something About Mary and Shrek. She has the perfect look and body for modelling. She started out at as a fashion model for Elite Model Management at 16, and she appeared in commercials of Levi’s and Calvin Klein, and on Seventeen’s cover in 1990.

Halle Berry is perhaps most known as the exquisite Bond girl. She’s one of the most beautiful actresses who were models. And, she is also an Academy Award winner for her work in Monster’s Ball in 2002. She was one of the highest paid actresses in 2000s when she ruled over Hollywood. But, before she began hr rule in Hollywood, the actress was a fashion model who had been in a number of beauty pageants. She even became the runner up in the Miss USA Pageant back in 1986, and reached the sixth position in the Miss World Pageant in the same year.

Julia Roberts is one of the most talented actresses in Hollywood, known for her intense works as a prostitute or gangster. She stole millions of hearts with her appearance in movies like Pretty Woman. She has bagged countless awards and honours. Julia was also inducted into Men’s Health’s list of 10 Hottest Women of All Time. She had always wanted to be a veterinarian, but went on to enrol in acting classes. While waiting for the right opportunity, she was with Click Modeling Agency.

There are many other actresses who have modelled at some point or the other in their career, such as Famke Janssen, Milla Jovovich and Rachel Weisz, and while we are on the subject of beautiful people starting out as models. We might as well take the opportunity to mention Ashton Kutcher and Channing Tatum, both very pretty men who are quite a treat for the eyes. Both the actors have been involved in modelling, and appeared in some of the top notch magazines and advertisements. Hope you enjoyed our list of Beautiful Actresses who were Models.