Isn’t it always enjoyable to watch actors fighting with bad guys on screen to rescue their girlfriends or daughters or for any good reason? But, what if they fight in real life, and that too, on film set itself, with co-actors or crew-members? We all enjoy the videos or news of the paparazzi getting beaten by some actors or actresses and making a sensation on Twitter or any other social media. But that’s not all; some actors are famous more for their controversies than their acting skills. This time the countdown will be for the on film-set rivalries between actors and other members of the film’s team. Some nasty but epic moments below will definitely make you think twice before you want to have a date with them in your dreams again, like you always think of going to the Hawaii Islands with your favorite star. Yes, they can also creep you out instead of making your “once in a lifetime evening” wonderful if they carry the same mood they pursue on sets. So have a glass of your favorite cola with some cheese popcorn to enjoy reading the way some actors behave on the set. And here is the list of actors who are outrageously infamous because of their bizarre behavior on film set. 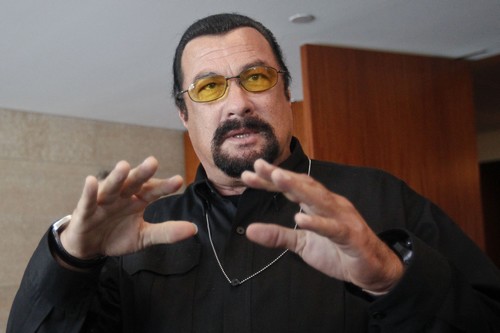 True Godfather of mixed martial arts, Sensei Steven Seagal, is famous for treating co-stars and stuntmen like a bully. Kicking stuntmen in between thighs is a normal thing for him, just to see if they’re wearing cups or not. On the set of Executive Decision, 1996, he attacked John Leguizamo, who is just a tom thumb with 5′ 8″ 70 kg in front of the Himalayan build of Seagal, just to prove who the real lion on the set was. When everyone was rehearsing for the film where John Leguizamo was playing role of Seagal’s Master Sergeant, Seagal suddenly appeared and declared making some new laws on set, according to his wish, just to prove that he’s in command. Knowing about his characteristic behavior, no one objected other than John. When Leguizamo laughed at him for the absurd attitude Seagal had shown a minute ago, the Sensei Seagal Taekwondo’ed John’s bum against the brick and hit him hard with his elbow. 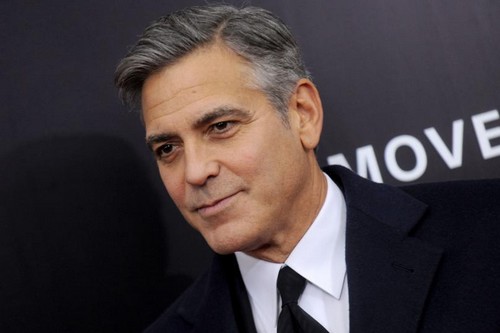 The salt and pepper guy from “Ocean’s 13”, George Clooney, got into a royal rumble with director David O. Russell during a shoot for “Three Kings”, 1999. American film director, screenwriter, and producer, David Owen Russell is pretty well-known for his back to back three-time academy nomination and also for his bad behavior with stars like Lily Tomlin. Five years before Russell fought a heavy fight with Lily Tomlin, he inaugurated his ‘fight with stars’ syndrome with Clooney. When the “Three Kings” shooting was going on a meagre budget, Russell reportedly took his frustration out on crew-members. The silent fight between Clooney and Russell saw an outburst on the last day of filming after Russell grabbed his walkie-talkie and threw it on the ground to show his anger at Clooney. According to Sharon Waxman, the fight was so intense that the second assistant director quit right there. Russell started banging Clooney with his head and invited Clooney for a hand on fight encounter. Experienced Clooney then replied by grabbing his throat and made him choke like hell till other crew-members had to drag him the other way. 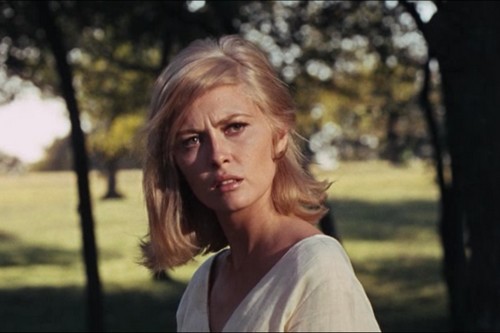 The drop-dead beauty Dunaway did something hilarious on the set of Polanski’s 1974 masterpiece, Chinatown, in which Faye Dunaway acted great against Jack Nicholson. During shooting, when stray hairs of the actress threatened to disturb a shot, Polanski solved it quickly by plucking away the offending strands from Dunaway’s head without even calling the make-up guys. Moreover, Dunaway lost her calm when her director refused to let her go to the toilet. With so much disgrace, and shivering with humiliation, she urinated in a coffee cup and threw it at the Director’s face. Polanski’s later memorized her by calling her “a gigantic pain in the ass” for the awful behavior he receives from Dunaway. 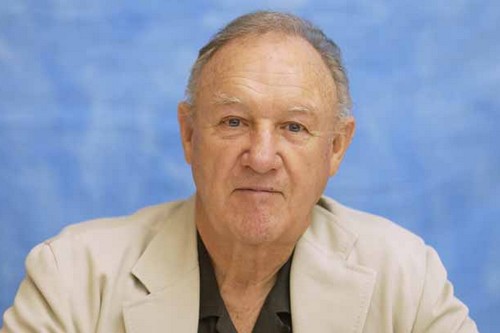 While shooting “The Royal Tenenbaums”, 2001, Oscar winning American actor and novelist, Gene Hackman, was not so easy to deal with. In his five-decade career, he had proven himself as a pretty much high-maintenance actor. in a heated moment on the set, Gene endowed upon screenwriter Noah Baumbach a very colourful profanity, and shouted at director, Wes Anderson, to ‘pull up his pants and act like a man’. During a chat session after the 10th anniversary screening in New York, cast and crew members recalled their memories about how Hackman was pretty hard talent to handle. His colleagues in that movie, Anderson and Gwyneth Paltrow, both admitted, they were pretty scared to work with Hackman. In that session, Anjelica Huston also admitted that even she was extremely scared as a co-star. She also expressed she was more concerned with protecting Wes, and said that no one involved with that film had again ever heard or seen of Gene since that movie. 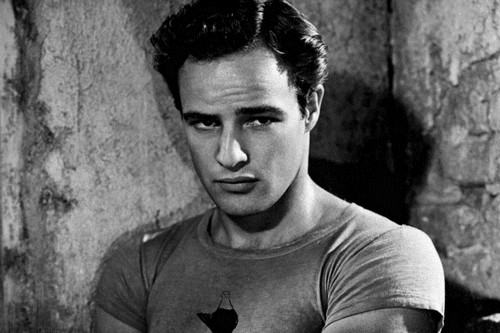 “The Score”, 2001, was one of the best from Frank Oz. The god of gripping realism, Marlon Brando, got offended by Frank Oz’s direction because his performance as a homosexual crime master was too effeminate in that film. He refused to wear pants on the set and forced the crew to shoot him only above the waist in all the scenes. He also addressed the director as “Miss Piggy” with his childish counter on the set. He even brought a note from his medical assistant doctor, claiming Brando was too allergic to Oz. Oz, just to continue the shooting peacefully, sat in a different room and gave direction through co-star Robert De Niro in an ear piece. In 1996′s “The Island of Dr. Moreau”, Brando refused to remove an ice bucket hat from his head. He had also put on an earpiece for crew-members to feed him lines and queues while shooting. 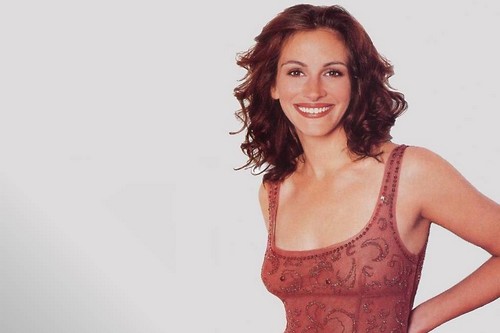 Directed by procreator of dinosaurs, The Steven Spielberg, “Hook” of 1991 was a huge success in box office and also acclaimed by critics. Gorgeous Julia Roberts messed up on set with Mr. Spielberg when she was aged just 23. According to the New York Times, she fought a heavy battle on the set with Steven, which many people believe was her emotional outburst for a cocktail of drugs, followed by repeated nervous breakdowns after her heart-breaking separation with Kiefer Sutherland. At that time People Magazine suggested that all the celebrity to visit the set of “Hook” which included Tom Cruise, Mel Gibson, Michelle Pfeiffer and Prince, just to check if Julia was seriously as emaciated and emotionally fragile as she was rumored to be. The crew-members of that film gave her the nickname of “Tinkerhell” during shooting. 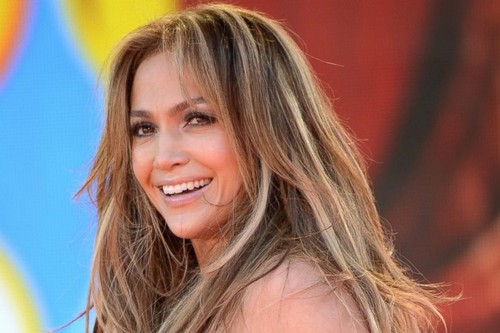 “What to Expect When You’re Expecting”, 2012 is a fun-to-watch flick for couples, directed by English film director and screenwriter, Kirk Jones. Our favorite Jennifer Lopez did a splendid job as Holly at the age of 42 years. While shooting that movie, she, without any good reason, refused to speak to anyone while filming, which spread rumors and anxiety in the entire movie-making process. After the ‘couple a while ago’ break-up with his boyfriend, Marc Anthony, she was her best to make herself out of reach of the paparazzi attention by adopting the mysterious no-talking-to-anyone way, as she told to media later on. But, just to continue the shooting and her career, she brought “personal handler” so that the crew could communicate with her. So, if you wanted to speak to J-Lo wearing an unwritten tag of “I don’t talk to anyone on this freaking earth” on the set of that movie, then you just had to talk to her personal handler. 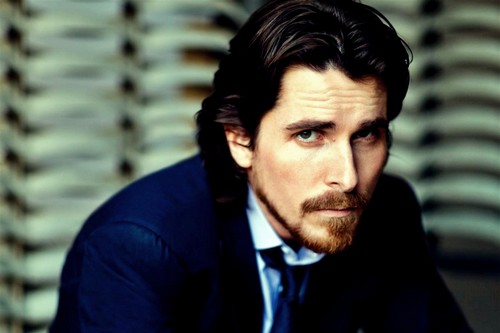 The Dark Knight, Christian Bale, is known as a method actor. While shooting for “Terminator Salvation” in 2009, directed by Michigan-born Joseph McGinty Nichol aka McG, he made Shane Hurlbut famous by behaving very rudely with him. Everyone got to know about the heated verbal exchange on the set of that movie, thanks to some of the sneaky paparazzi. But, here is the catch; Hurlbut is the man he was assaulting with profanities. Bale later talked about the director of photography, Hurlbut, of how he broke Bale’s yogi-like concentration twice by walking on set during a scene. Bale shouted and threatened everyone to quit the movie if Hurlbut repeated the offense. Later, Warner Brothers’ executives sent the entire videotape to the film insurer. But, now we get countless parodies of the song “R U Professional” by The Mae Shi just for that scenario. 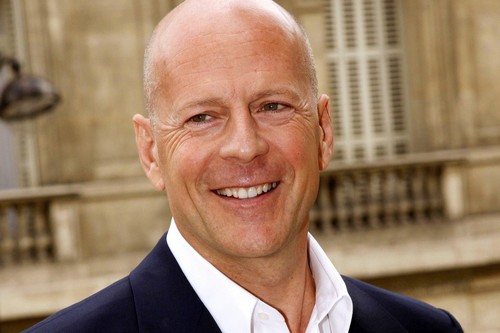 “Cop Out”, 2010, which portrayed a marvellous acting partnership between the Diehard dude, Bruce Willis, and Tracy Morgan, which is directed by popular comic book writer, Kevin Smith. After releasing the movie, on 2011 “WTF” podcast show by Marc Maron, Kevin expressed the way he felt while directing Bruce. In his words, it was truly soul-crushing. Bruce was famous for the huge amount of time he always allotted after any film for promotion to the reporters and journalists. But, this time was an exception, and he did not even bother to pose next to the “Cop Out” poster for a single photo at any Cop Out related marketing or promotional events. Other cast and crew members witnessed some verbal fights at the release party where Kevin thanked everyone other than Bruce Willis. Not only that, Bruce was also called a prick by Kevin for his rude and extraterrestrial behavior on the set and during promotions. 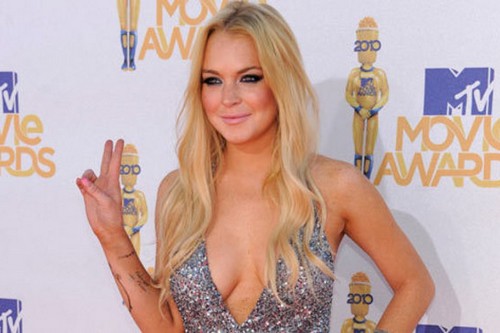 When there is a controversy, there is Lindsey Lohan, for sure. No one is as (in)famous as Lohan and Hilton for their bizarre attitude. On the set of “Anger Management”, created by Bruce Helford bearing the same name of a 2003 Adam Sandler film, a 2012 TV Series on FX, Lohan showed how much out of the world she actually is. When she was cast for “Charlie Gets Lindsay Lohan in Trouble” on Season 2, Episode 12, according to one E! News source, Lohan was a colossal pain for everyone on the set to deal with. From the very second day, when she arrived on the set for shooting, she just did nothing other than holding up the production. The entire shooting stopped because Lilo sat in her trailer and dozed: dozed stalled, and stalled heavily. She stalled and delayed the production every day intentionally, until she’s up and leave for her boyfriend’s concert. Holding everyone hostage for no good reason is the “Lindsay Lohan Way”. She topes the list of 10  Bizarre Behaved Celebrities.

Stars don’t depend on the planets, but the planets depend on them is the universal truth. So, however much capricious they are on the sets, they are always good to look on screen. We have to deal with the stars and their many ways of showing bizarreness, as long as they are good to our eyes and ears. So, go to the theater and enjoy them on screen….Only!!