Writer Suzanne Collins has a fortune of around $70 million generated by her Hunger Games trilogy and various other books which, to our surprise, is greater than any of the actors and actresses in this list. Made on a budget of mere $78 million, The Hunger Games released in 2012 generated over $691 million worldwide and its sequel Catching Fire (2013), created at $130 million managed to generate a whopping $864 million. The franchises involved in these phenomenally successful films have bagged equally phenomenal salaries. With more successful sequels to follow the figures are estimated to swell further.

Now take a look into 10 incredibly rich Hunger Games franchises who make us Green With Jealousy (admit it, you do feel a teensy-weensy but of jealousy, right?):

The 10 Richest Actors In The Hunger Games Franchise: 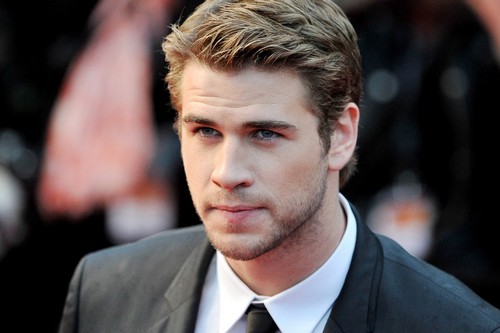 What’s the number – $1.5 million
Liam has been incredibly typecasted – a teen sensation – in most of the few movies he has done. Even in The Hunger Games film he is a major teen crush but at least playing Gale Hawthorne has offered him more diversity in the craft of acting. At 24 years-of-age he has estimated net worth of $1.5 million; very modest when compared to older brother Chris Hemsworth who is worth around $12 million. Good for Liam, now that his sweetheart – Miley Cyrus worth about $150 million – is out of the picture, he can always borrow from his brother in case he wants to break out of commercial typecast roles. 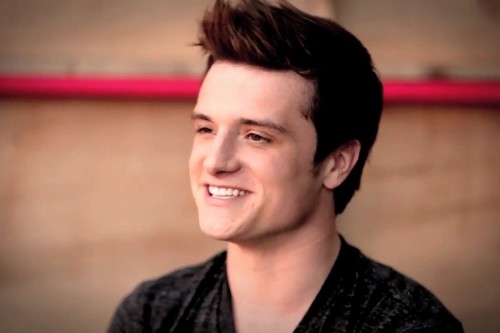 What’s the number – $2 million
Josh is 21 years-of-age and isn’t doing too bad with $2 million in his accounts. In a span of a decade working as a child-actor, Josh has been quiet successful. He had done a brilliant supporting role in the critically acclaimed Julian Moore, Annette Bening, Mark Ruffalo & Mia Wasikowska starrer 2010 film ‘The Kids Are Alright’. Previously Hutcherson has worked in films like Journey to the Center of the Earth (2008) and Epic (2013) – both have managed to gross over $100 million worldwide, so I guess investors can bank on casting him in their movies. Known as a very humble and modest person and since he was brought on-board ‘The Hunger Games’ films playing the pivotal role of Peeta Mellark, his wealth has certainly bulged. I hope his ego doesn’t, though. 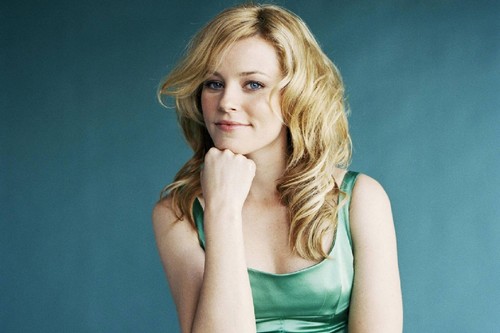 What’s the number – $ 16.5 million
When Banks heard that ‘The Hunger Games’ movies was going to be made, she immediately called the director Gary Ross (of the first film) and landed with the role of the seemingly vacuous Effie Trinket. This 40-year old actress have actually had had a successful and fulfilling career and unlike Effie she is not at all vacuous. Besides acting, she has been a director and producer. Previously she had directed shorts and segments and will make her feature-length directorial debut in 2015 with Pitch Perfect 2. Elizabeth Banks has estimated net worth of $ 16.5 million. 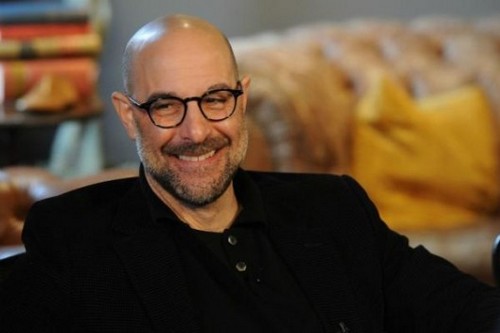 What’s the number – $18.5 million
53 years-old, Tucci is, besides being an actor, a film director, writer and producer. An academy Award and Grammy Award nominee and an Emmy award winner, Tucci is a familiar face that frequently crops up in films and gives a solid performance with no slips. Tucci is a very skilful actor and with a career stretching back nearly 30 years has, previously appeared in films that has grossed a total of $5.4 billion around the world including blockbusters like The Terminal (2004), The Devil Wears Prada (2006) and Transformers: Age of Extinction (2014). Tucci’s performance as Caesar Flickerman in The Hunger Games series stands out. He has estimated net worth of $18.5 million. 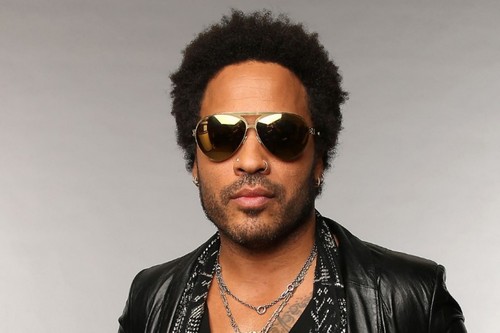 What’s the number – $30 million
Popularly known as Lenny, this guy has a list of occupations tagged to his name – composer, singer – songwriter, musician, music producer, arranger, interior designer, clothing designer and actor. He has had a record setting musical career with global hits like “Are You Gonna Go My Way” and “Fly Away.” The ‘Kravitz Greatest Hits’ album from 2000 sold over three million copies in the USA alone and that’s not all, he has won the Grammy Award for Best Male Rock Vocal Performance for four consecutive years in a row from 1999 to 2002. Estimated worth around $30 million, his role in The Hunger Games Series as Cinna has been well praised. 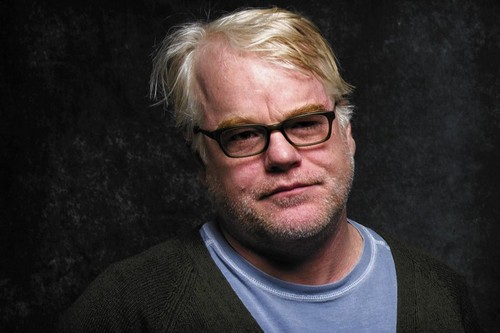 What’s the number – $35 million
Or rather he ‘was’ one of the riches HG franchises. So why is he on the list? because we’ll still get to see him in the upcoming ‘Mockingjay Part 1’ film. For his excellent performance in Capote (2005), late Seymour had won the Best Actor Oscar in the 78th Academy Awards. Earlier he had also appeared in blockbuster movies like Mission: Impossible III, Twister as well as in performance-driven movies like Boogie Nights & Magnolia. Evidently he was a very versatile, talented and much sought after super-star of Hollywood. He died in 2014, aged 46 and he had estimated wealth of $35 million. 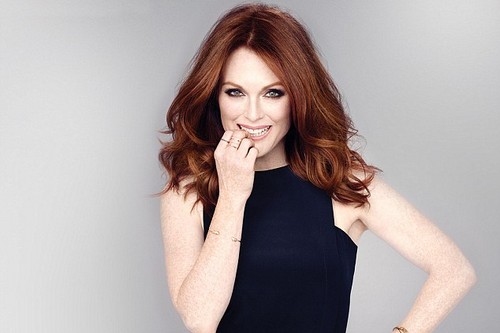 What’s the number – $40 million
One of the most popular and most successful Hollywood actresses, Moore began her prolific career back in 1984, when she appeared in the television show ‘The Edge of Night.’ Moore particularly known for her portrayals of emotionally troubled women (she has been pretty good at it). Over the years she has received as many as four Academy Award nominations, for Boogie Nights, The End of the Affair, Far From Heaven and The Hours. Moore will portray President Alma Coin in the Mockingjay sequels and by the looks of the posters her entry is going to begin something of a whole new ballgame. 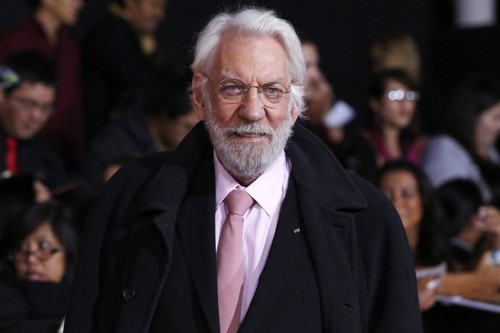 What’s the number – $40 million
Sutherland ought to be one of the richest actors on-board; his successful acting career spans over 5 decades. His most popular movies has had him depicted as a soldier (M*A*S*H, Kelly’s Heroes, The Eagle Has Landed et al) mostly. But he has also portrayed diverse range of characters in films like Ordinary People, Pride & Prejudice et al. In the Hunger Games series we see him playing the ruthless President Snow. This 79-year-old winner of two Golden Globes and an Emmy has an estimated wealth of around $40. 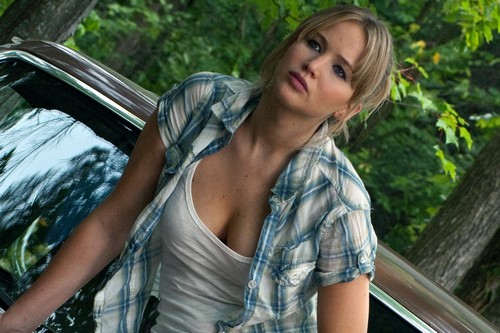 What’s the number – $53.9 million
In only about two years Lawrence’s fortunes have multiplied with such speed and at such an overwhelming quantity that she has crash-landed in the second position of our list. Born in Kentucky, Jennifer Lawrence is an amazing and currently the most sort-after actress in Hollywood. So it doesn’t come as a surprise that she is one of the youngest Oscar winner (for Silver Linings Playbook in 2012) and Academy Award nominee for both Winter’s Bone (2010) and American Hustle (2013). This Hollywood sweetheart has most recently appeared as Mystique in X-Men Day of Future Past (2014) that has, for sure, boosted her bank balance. Considering her comparatively small salary (which was $500,000) for the first Hunger Games film released back in 2012, Lawrence has certainly come a long way with an estimated net worth of $53.9 million. 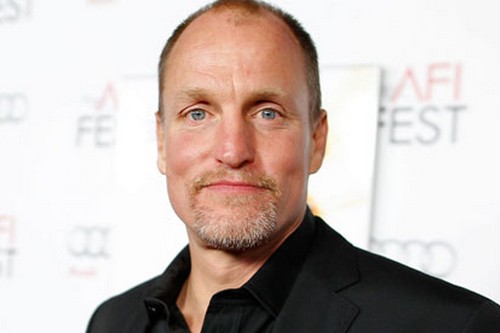 What’s the number – $65 million
This 53 years-old American actor is known to have amassed more than $4.1 billion at the box office. Harrelson’s breakout role came in 1985 with his unforgettable performance in the television sitcom ‘Cheers’ as a bartender Woody Boyd. His most recent success is the critically acclaimed HBO crime drama True Detective (2014) with Matthew McConaughey. Few of the other films that have pushed his kitty high are White Men Can’t Jump, Indecent Proposal, Natural Born Killers, The People vs. Larry Flynt, No Country for Old Men, The Messenger, Zombieland, 2012 et al. He plays Haymitch Abernathy in The Hunger Games film series and has an enviable estimated net worth of $65 million bank balance. Yeah, he sure does make us green but we love you Woody!