Who doesn’t like to watch movies where superheroes fight for the justice in amazing costumes and with their superhuman abilities? The agility, reflex and powers we see when watching those movies are always mind-blowing. A superhero-movie break in between heavy work schedule of every day’s life is always like a Nitrox Supercharger of our mind and soul. From 8 to 80, every single human being who grows up under the careful guidance of DC or Marvel universe will always wait for their favorite superhero movies to hit the movie theater, to shout and cheer for their favourite superheroes. Didn’t you cry when Lois Lane, portrayed by Margot Kidder, died in the arms of Superman in the very first movie of Superman in 1978? If you find the string attached, then here is the list of most awaited upcoming superhero movies. 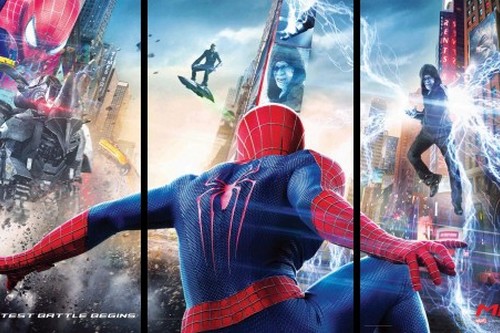 This famous group of Supervillains in the DC Universe is always worth waiting for to be shown on big screen. Organized by Dr. Octopus they are drawn from the Spider-Man’s list of enemies and later they also enrich the group with more powerful members and called themselves as the “Sinister Twelve”. Already shown as a team consisting Sandman, Doctor Octopus, Kraven the Hunter, Electro and Green Goblin in various comic episodes and games, they are now ready to fight with Spiderman on the big screen. In December 2013, Sony proudly announced two upcoming movies of the Amazing Spider-Man series, which consist of the Sinister Six and Venom. Drew Goddard was chosen to write and direct the film with the expectation to create a cyclone on screen on November 2016. Director Goddard explained his project as a redemption film of “Sinister Six” group.

No one can ignore Ant-Man aka Dr. Hank Pym even if they want to. A magnificent scientific genius who invented a substance that allowed him to change his size, this large superhero is a technology freak and ready to rumble on screen on July 17, 2015. Everyone is eagerly waiting as marvel already declared Scott Lang will also be there to assist Pym to defend his ant-man technology on the film. The production credit goes to Marvel Studios where it will be distributed by Walt Disney Studios Motion Pictures. Development of Ant-Man begins in April 2006 with writer Edgar Wright, Joe Cornish and Adam McKay. Peyton Reed is chosen as the director with the casting lineup of Paul Rudd, Michael Douglas, Evangeline Lilly and Corey Stoll. 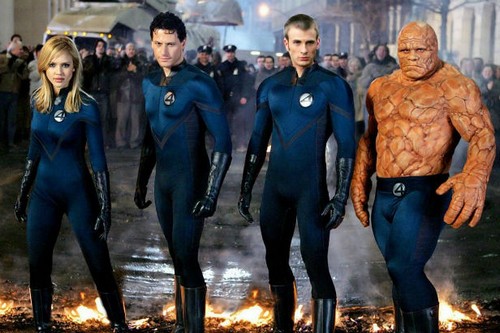 If they can defeat two of the most powerful villains, the Silver Surfer and The Galactus, in the movie “Fantastic Four: Rise of the Silver Surfer”, they can defeat anyone in this comic universe. With this mindset, director Josh Trank rebooted the Marvel property centered around four astronauts who gain superpowers after cosmic radiation exposure. Ready to be released on June 19, 2015, we can see them battling with Dr. Doom. The reboot was first announced by 20th Century Fox in August 2009. Akiva Goldsman and Matthew Vaughn were hired as a producer while Jeremy Slater was hired as the screenwriter. It was announced that Michael B. Jordan will play Human Torch, and Kate Mara will cast as Invisible Woman where Miles Teller and Jamie Bell will play the role of Mr. Fantastic and Thing. 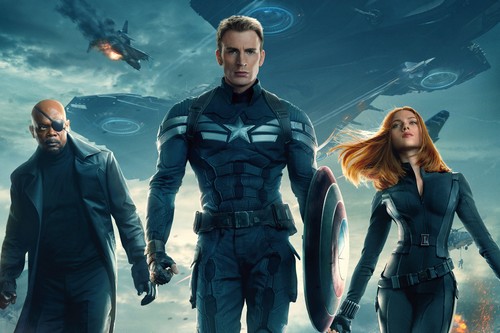 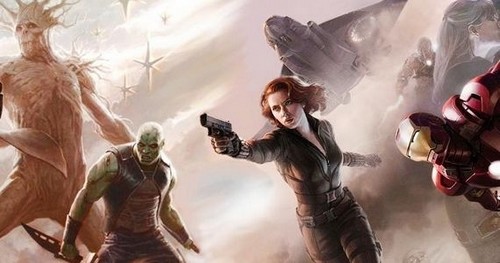 WWE Superstar Dave Bautista’s role as Drax, the voice of Vin diesel for Groot, or the astonishing sound wave of Bradley Cooper behind mind-blowing rocket raccoon – yes, with all this, Guardian of the Galaxy is a must-watch film of 2014. The first part of this film series is already making huge sensation in the box office since its release on 1st August, 2014 as the tenth installment in the Marvel Cinematic Universe. After a huge $313 million worldwide gross collection, Marvel announced it sequel to be released on July 28, 2017. In May 2014 Bob Iger, CEO of The Walt Disney Company announced his wish to make “Guardian of the Galaxy” a franchise. Director James Gunn, who wrote the screenplay with Nicole Perlman for the first part, is now taking care of the sequel as announced in San Diego Comic-Con 2014. 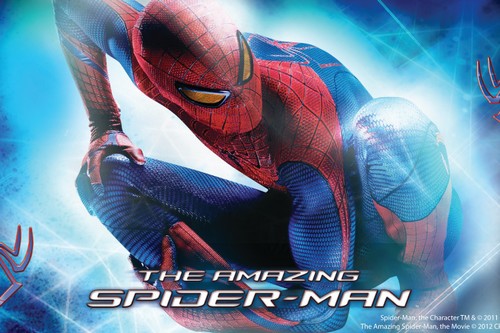 “X-Men” and the “Brotherhood” already fought many of the deadliest battles in the already-released X-Men movie series. But, wait for more to come, because this time, the fight will be with Apocalypse, as understood from the name itself. After the stunning success of X-Men: Days of Future Past, Director Bryan Singer with Kinberg, Dan Harris and Michael Dougherty, is currently working on this next big X-Men project which is more of a X-Men: First Class sequel. Set to be released on May 27, 2016, Kinberg said some of the original cast-members will return in this upcoming film where we will see younger versions of Cyclops, Jean Grey, and Storm. But wait! What about Professor-X or the Magneto? Ok, it’s still undisclosed. 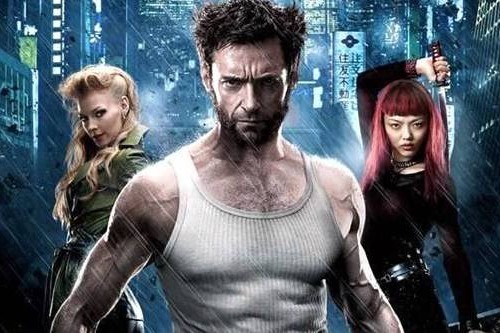 When we think about a mutant with “Come at me, Bub” attitude, with superhuman strength and healing power, indestructible Adamantium skeleton and long retractable claws that protrude from the backs of his hands, we think about Logan. This bad-mouthed, immortal mutant is placed at rank 4 on IGN’s Top 100 Comic Book Heroes of all time, right after Superman, Batman and Spidey. In October 2013, 20th Century Fox had announced Hugh Jackman and Mangold’s return for the third film of Wolverine Series. Writer David James Kelly, with Producer Lauren Shuler Donner, declares that the sequel will be inspired by Wolverine stories from the Original comic Books. On March 20, 2014, Fox announced that the sequel will be released on March 3, 2017.

Watching two of the most popular superhero featured in a single film is what a comic fan would die for. This sequel to Man of Steel, 2013 will be the second installment in the DC Cinematic. In 2013 San-Diego Comic-Con, Director Zack Snyder announced his next big project which is set to be released on March 25, 2016 in 3D. With the screenplay written by Chris Terrio from a story by Snyder himself and David S. Goyer, the film is said to cast Henry Cavill as Superman and Ben Affleck as the Batman with Gal Gadot, Amy Adams, Laurence Fishburne, Diane Lane, Jesse Eisenberg, Jeremy Irons, and Holly Hunter also starring in the film. Later in March 2014, costume designer Michael Wilkinson revealed the costume design for Batman and Wonder Woman for the movie Dawn of Justice.

1. The Avengers: Age of Ultron.

Remember the scene where Hulk is smashing the “puny god”, Loki, till he is almost numb, and the humorous chitchat of Iron Man with the man in oldest costume, Captain America? More of those is yet to come as the next film “Avengers: Age of Ultron” is scheduled for release on May 1, 2015 in IMAX-3D. Produced by Marvel Studios and distributed by Walt Disney Studios Motion Pictures, it is intended to be the sequel to Marvel’s “The Avengers” 2012. Scriptwriter and director Joss Whedon already announced the casting with Robert Downey, Jr., Chris Hemsworth, Mark Ruffalo, Chris Evans, Scarlett Johansson, Jeremy Renner, Samuel L. Jackson, Aaron Taylor-Johnson, Elizabeth Olsen, and James Spader. The filming of this most awaited superhero movie already started on February, 2014 in Johannesburg, South Africa, so start the countdown till this film will hit the big screen and protect our earth.

In addition, Marvel Studios announced the release dates of six upcoming projects further into the future at Comic-Con, while Sony is attempting to release more films of Spider-Man movie franchise. Twentieth Century Fox, Warner Bros. and DC Entertainment also declared the release dates of their unannounced future projects in the next five years. So, fasten your seat belts and wait for the big appearance of the big fellas in giant screen, obviously in 3D. “Phew!!”

You may like: 10 highest grossing movies of Hollywood, 10 animated movies of all time, 10 most poignant war movies, The 10 greatest cult movies ever made.