English being the third highest spoken language in the world, a large number of people have to study it in school, or even at higher levels, and all students of English will have read the works of William Shakespeare at some point of time. Whether it is an abridged or adapted form, or the original text penned by the Bard, his works are essential to give a person an insight into the great treasures that this language hold. But, they may not have been told that he is the reason behind their vocabulary having some very emotive words, without which that language could have been boring and difficult. In fact, every day, users of English language use words with their earliest citations in printed text by Shakespeare and can be argued as his inventions. 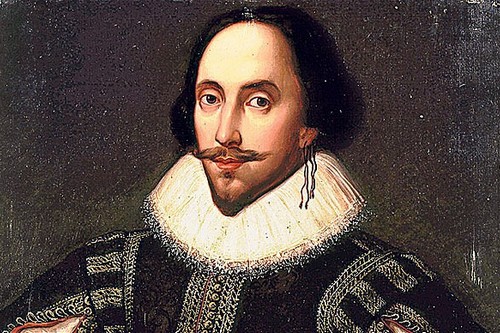 Let’s read a list of such words first used by Shakespeare and popularized:

Meaning: A period during which a couple develop a romantic relationship before getting married (Oxford)

Etymology: The word has been derived from ‘court’, meaning, ‘paying court to a woman with intention of marriage’.

Source: It was first used by William Shakespeare in The Merchant of Venice

“…Be merry, and employ your chiefest thoughts
To courtship and such fair ostents of love
As shall conveniently become you there.”

Meaning: Speak or shout at length in an angry, impassioned way (Oxford)

Etymology: The word has been derived from the Dutch ‘ranten’, meaning ‘talk nonsense, rave’.

Source: Shakespeare used it for the first time in tragedy, Hamlet, wherefrom he made the current usage of the word popular.

“Millions of acres on us, till our ground,
Singeing his pate against the burning zone,
Make Ossa like a wart! Nay, an thou’lt mouth,
I’ll rant as well as thou.”

Origin: The Latin ‘criticus’ means ‘a judge, a literary critic’, while the French word, ‘critique’ refers to ‘one who passes judgement’. The word, ‘critic’ in English has been derived from such words and has given birth to ‘critical’.

Source: Shakespeare used it for the first time in his tragedy, Othello:

Meaning: The action of assassinating someone (Oxford)

Etymology: The word is the noun form of ‘assassinate’ which is derived the Medieval Latin word, ‘assassinare’, which, again, is a derivation via French and Italian from the Arabic word, ‘hashishiyyin’ referring to a fanatical Muslim sect under the leadership of Hasan ibu-al-Sabbah, which was reputed for murdering opposing leaders during Crusades.

Source: The word, ‘assassination’, was popularized after its use by Shakespeare in his tragedy named Macbeth, the story of which revolves around an unscrupulous assassination.

“If it were done when ’tis done, then ’twere well
It were done quickly: if the assassination
Could trammel up the consequence, and catch
With his surcease success; that but this blow
Might be the be-all and the end-all here,
But here, upon this bank and shoal of time,
We’ld jump the life to come.” 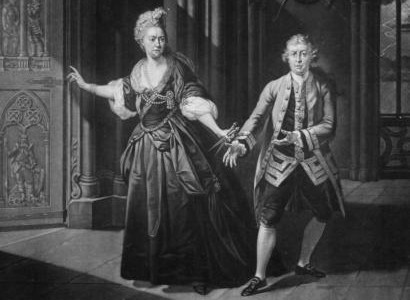 Meaning: Sad because one has no friends or company (Oxford)

Etymology: The word has been derived from the ‘lone’, a contraction of the word ‘alone’ meaning ‘having no companion, solitary’.

Source: Shakespeare used this word to denote a sense of sadness that comes with solitude. The oldest citation of the word is in Shakespeare’s tragedy, Coriolanus:

“My hazards still have been your solace: and
Believe’t not lightly–though I go alone,
Like to a lonely dragon, that his fen
Makes fear’d and talk’d of more than seen–your son
Will or exceed the common or be caught
With cautelous baits and practise”

Meaning: Having or showing impressive beauty or scale (Oxford)

Etymology: In old French, the word, ‘majeste’ meant ‘grandeur, nobility’. Several derivatives of the word have been used, to give birth to ‘majesty’ meaning ‘greatness, glory’. ‘Majestical’ came into being later. Thus, ‘majestically’ was born.

Source: Shakespeare used the word for the first time in his play, The Tempest–

“This is a most majestic vision, and
Harmoniously charmingly…”

Meaning: Characteristic of, influenced by, or representing a current popular style (Oxford)

Etymology: The noun, ‘fashion’, has been derived from the old French word, ‘façon’ meaning ‘face’ or ‘construction’, or from the Latin word, ‘factionem’ which referred to ‘a making or doing’. The verb, ‘fashion’ is derived from ‘facere’, meaning ‘to make’. ‘Fashionable’ is the adjective form of the noun or the verb.

Source: Shakespeare used this word for the first time in tragedy, Troilus and Cressida:

Origin: The word, contemporarily an adjective, was actually a noun, which was derived from the Italian word, ‘zani’or ‘zanni’, meaning a clown. The word, ‘Zanny’, originally, is a variant Gianni, which is the Venetian equivalent to English ‘Jack’, i.e. a stock character in old comedies.

Source: William Shakespeare used the word in one of his early comedies called Love’s Labour’s Lost – 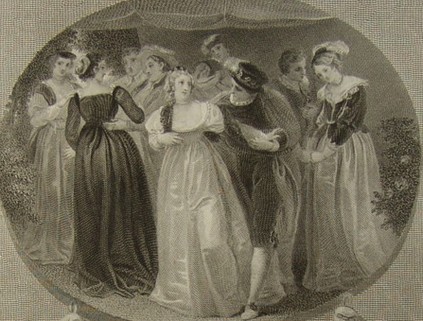 Meaning: very impressed and slightly confused by something (Macmillan)

Etymology: It is the past participle form of the verb, ‘bedazzle’ which is a formed from the word, ‘dazzle’, a frequentative of the Middle English word, ‘dasen’ which is perhaps a derivative of Norse, Dutch or Icelandic words.

Source: Shakespeare’s comedy, The Taming of the Shrew, was the first to record the usage of this word –

“Pardon, old father, my mistaking eyes
That have been so bedazzled with the sun
That everything I look on seemeth green.”

Meaning: offensive or disgusting by accepted standards of morality and decency (Oxford)

Etymology: Derived from the Middle French word, ‘obscène’ meaning ‘offensive to the senses, or to taste and refinement’, the word also derives its meaning from other words of Latin or unknown origin.

Source: The word’s earliest citation in print has been found in Shakespeare’s Love’s Labour’s Lost –

“Then for the place where; where, I mean, I did encounter that obscene and preposterous event, that draweth from my snow-white pen the ebon-coloured ink, which here thou viewest, beholdest, surveyest, or seest…”

Hundreds of such words are used by English-speaking people on a daily basis, words that we owe to the great Bard. While such words might have been in use before and whether or not he invented them is debated, there is no written proof or existence of such words, and it is because of Shakespeare that these words are in vogue.

10 Most Controversial Books That Were Banned in India