Authors are known for their work and literature dissects, interprets and studies those work. Importance is laid on the literary craft rather than the craftsman. So here are some bizarre and often kinky facts about the popular authors whose work you have in your college syllabus.

Note: Psst…….Listen, your professors is sure to never inform you of such kinkiness of his favorite author. Might as well go through this list and let your knowledge play. 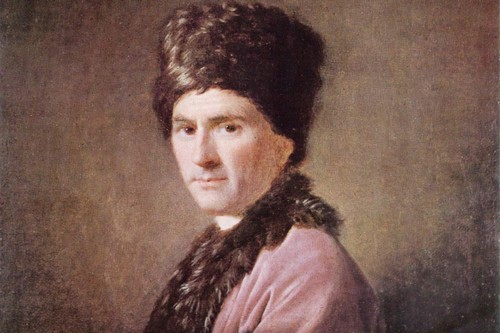 Rousseau was a philosopher, writer and successful composer who lived who lived in 18th century Geneva. We owe him the great affirmative statement – “man is born free and everywhere he is in chains.” His figure was hugely influential during the French Revolution and in the fields of modern politics, sociology and education. He had advocated the significance of the role of citizens in both government and community. His autobiographical writing – Confessions, is said to have initiated modern autobiography. It covers the first 53 years of Rousseau’s life documenting his feeling, thoughts and arousals. In it, he wrote that as a child he had received spanking from a good looking governess (in her early thirties) that actually aroused him and in later years he deeply desired “to be at the knees of an imperious mistress” and “obey her orders and beg for her pardon.” 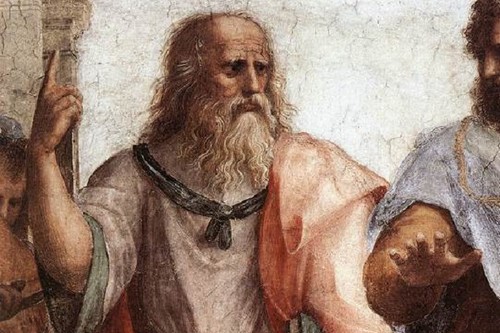 Plato was Socrates’ disciple; he was also a philosopher, a mathematician who along with Socrates laid the foundation of philosophy and science. Considering the fact that we owe him the referral term ‘Platonic love’ – which means a sort of love that is free from physical desire – we would imagine that he was probably asexual or neutrally sexual or something of a less-passionate being. However unbelievable it may sound but in his Symposium, we find Plato advocating for men who took teenage boys as lovers. Surprisingly Oscar Wilde, when on trial, had used Plato’s logic from the Symposium in a desperate attempt to save himself. 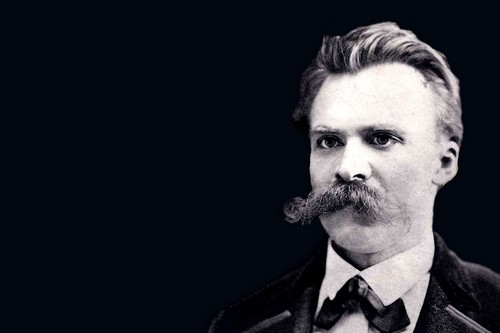 Nietzsche was a German philosopher who philosophised on the death of god and on ideas of superhumans. During his life time Nietzsche is known to have rejected the marriage proposal of two women. In his later writings he took to openly portray his infamous misogynistic attitude yet Nietzsche never shied away from visiting brothels. And it was from one of these visits that he contracted syphilis. Next followed a decade of madness and ultimate death. Surprisingly, a biography came out in 2002 stating, that it was actually a male brothel not a female one that led Nietzsche to his tragic end. 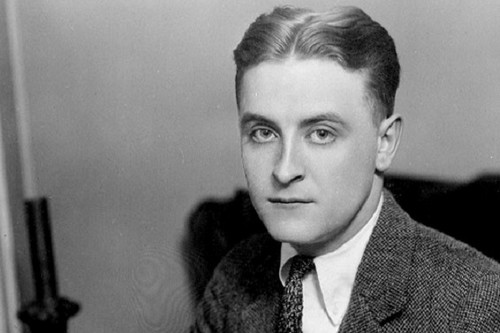 Fitzgerald’s greatest work, The Great Gatsby is highly revered in the literary world as it shrewdly embodies the unthinkable highs and unspeakable lows of 1920’s America. It is said that Fitzgerald’s real life was somewhat similar. Apparently his mentally unsound wife Zelda had once accused him of having a homosexual affair with Ernest Hemmingway following which, to prove his straight sexual orientation he visited a brothel. There’s also a rumour stating that the author had a kind of fetish for his feet due to this he never publicly took off his shoes. 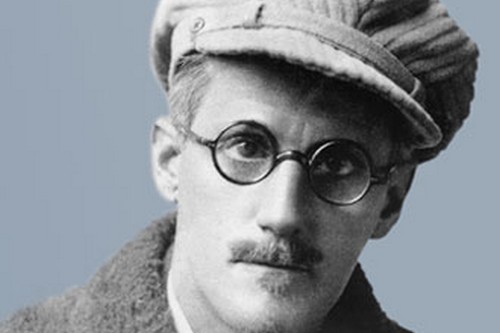 Considered one of the greatest modern writers, Joyce is most celebrated for his works, A Portrait of the Artist as a Young Man and the epic Ulysses. Unknown to most James Joyce had quite a bizarre kinky aptitudes. While living apart from his wife, Nora – who he affectionately called ‘whore’, Joyce wrote letters that would make even Jackie Collins gasp. In these letters Joyce expressed his desires of sodomy, flogging, mutual oral sex et al. Perhaps the most bizarre or rather disgusting part is Joyce’s enthrallment with watching Nora defecate and his desire to see its evidence in her underwear, following which Joyce loved to pounce on her and make love. 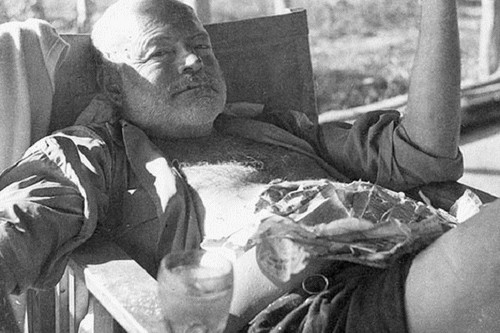 Author of great classics – The Old Man and the Sea and Farewell to Arms – that are part of school and college syllabuses, Hemingway, apart from the aforesaid allegation by Zelda Fitzgerald, also had a platonic affair with actress Marlene Dietrich for many decades. Some of the letters exchanged between them has laid bare a few embarrassing thoughts ensuing out the author’s brilliant mind. Around the climax of their relationship, Hemingway wrote a long letter addressed to Dietrich where he says he can imagine Dietrich being shot and stripped on a stage, chocking and foaming while Hemingway himself is outside crushing people with his tank. He further says that he is thankful that they never had enough ‘whore blood’ to consummate their flirtation; he also clarifies that he doesn’t hate whores and knows plenty of them. 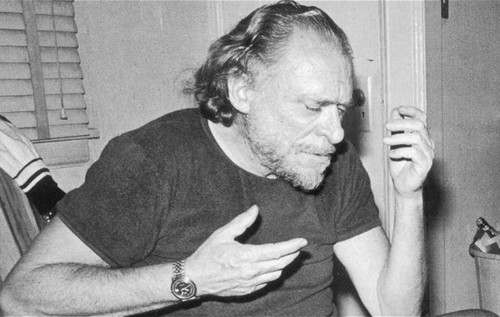 Bukowski was a German born American novelist, poet and short story writer who wrote about squalid American life based on the actual social, cultural and political ambience of the time. In 1986 Time called him the “laureate of American lowlife”. His writings on the ordinary lives of poor American, the act of writing and drinking, his relationships with several women and the drudgery of daily life was quiet resonant to his actual life. A poetry and prose book named ‘Women’ was published in 1978 in which Henry Chinaski (a character mirroring Bukowski himself) rants about his feelings with regards to the women he has slept with and not surprisingly the women were based on actual women. This just goes to show his misogynist side where he uses real women, with whom he had had troubled relations, and later claims that women are quiet awful beings. 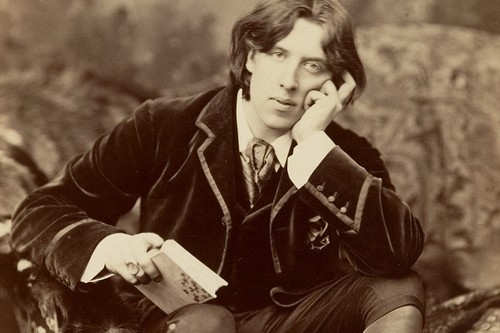 Wilde was an Irish writer and poet whose most notable works are The Importance of Being Earnest (a play) and The Picture of Dorain Gray (a novel). He was once London’s most popular playwright yet had a sordid ending. Contemporary Europe was a homophobic world and Wilde got involved with the wrong man, the son of the Marquess of Queensberry. Following this he was subjected to court trails that laid bare a life involving underage sexual partners, male-prostitute, cross-dressers and homosexual-brothels. As prior mentioned, Wilde, in defence had cited Plato but was ultimately sentenced to 2 years of hard labour. 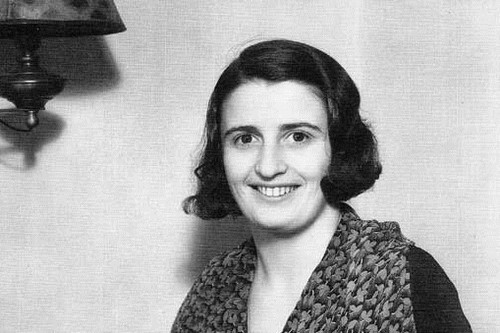 Rand’s views on individualism was ahead of her time where she thinks an individual should be left to do whatever she/he thinks is right for herself/himself and that is how the society shall become prosperous. She was the champion of her philosophy of objectivism that had significant influence over literary folks. Coming to the actual point, in her novel The Fountainhead, two central characters Roark and Dominique has a rough sexual encounter that were charged as rape by many feminist critic. Rand however denied the scene to be an actual rape and referred to it as ‘rape by engraved invitation’ because, she believes Dominique wanted and ‘invited’ the act. Obviously, her statement created quite a stir. 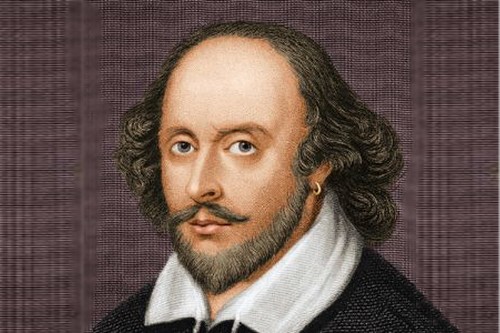 You must have heard your teacher professing more than once that, Shakespeare is the greatest writer of all time. What she didn’t tell you was that, there’s a rumour surrounding the Bard’s sex life – as he lived apart from his wife and children for over two decades – where he was heard making arrangements with a prostitute by a law student named John Manningham. Moreover, out of a collection of 154 sonnets, there are characters referred to as the Fair Youth, the Rival Poet and the Dark Lady. And it has been suggested that the ‘dark lady’ was based on Shakespeare’s possible mistress. While the reference of the ‘fair youth’ made many people doubt that the Bard was bisexual.