Gender inequality is one of the problems that continue to plague the society, despite the claims of progressive thinking. However, the scenario has changed a lot from that of one or two centuries before. Most of that change can be attributed to the work of a group of people, collectively called feminists. They raised their voice for the women’s right to be considered equal to men in all aspects, and acquired many followers. From ancient authors to pop stars and the teenagers, we’ve narrowed down a list of some of the greatest, most famous feminists in history. 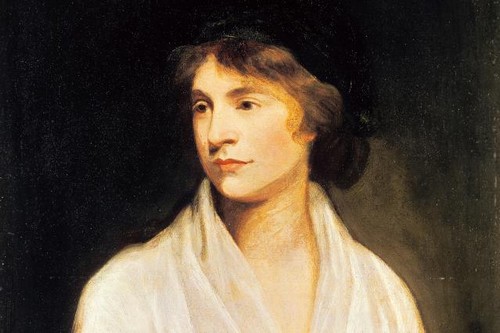 Mary Wollstonecraft (1759- 1797) was an English writer and feminist philosopher who raised her voice for gender equality. Her 1792 work ‘A Vindication of the Rights of Women’ questioned Rousseau’s ideas of female inferiority and acquired a prominent status in feminist literature. ‘Thoughts on the Education of Daughters’ (1787), ‘The Female Reader’ (1789), and ‘A Historical and Moral View of the Origins and Progress of the French Revolution’ (1794) are her other important works. She is also the mother of Mary Shelley, the author of Frankenstein. 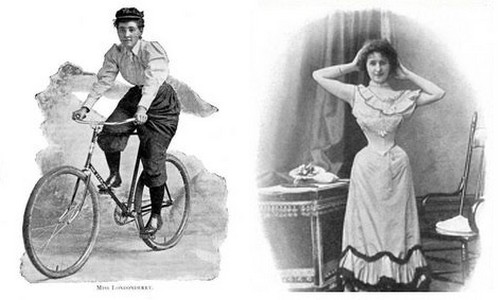 Born in United States, Amelia Jenks Bloomer (1818- 1894) was a renowned advocate of feminism. She was a relentless crusader for women’s rights. Despite lacking much of a formal education, she excelled in writing and teaching. She used to write articles on women’s rights in her husband’s newspaper, and later went on to start her own newspaper, named The Lily. It focused solely on women’s issues. She was also a supporter of dress reforms, and often appeared for speeches in wearing costumes frowned at by the conservatives. The attire went on to be called ‘bloomers’. 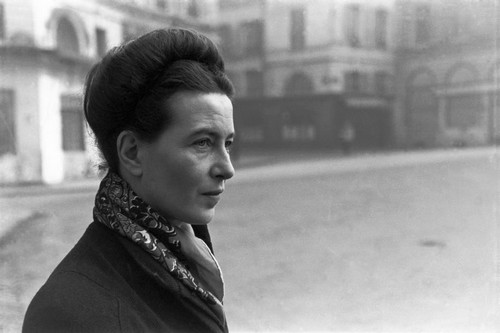 French philosopher and writer Simone de Beauvoir (1908- 1986) was a major figure in modern feminism, who untiringly criticized the patriarchal system. In 1949, she authored “The Second Sex”, in which she showed how men had consistently denied women’s identity, drawing on history, art and psychology. Despite the sharp criticism and hate campaigns it attracted, the work became a seminal text in feminism. She also spoke out against the discrimination towards unwed mothers. De Beauvoir was also known for her open relationship with famous philosopher Jean-Paul Sartre. 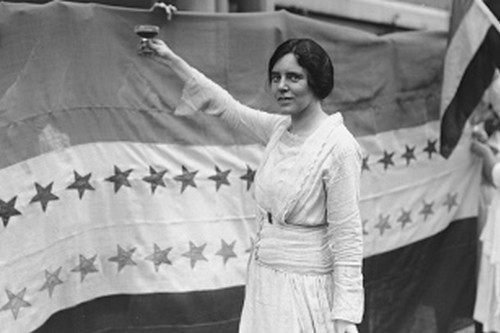 Alice Paul (1885- 1977) was an American women’s rights activist. While in studying in England, she became active in the suffragist movement there, and was arrested and imprisoned for numerous times. She was an active member of the National American Woman Suffrage Association but later left it to establish the Congressional Union for Woman Suffrage in 1913, which played a major role in winning the women the right to vote. She was also the first chairperson of the National Woman’s Party. She was the brain behind the drafting of Equal Rights Amendment of 1923 but it failed to get ratified. 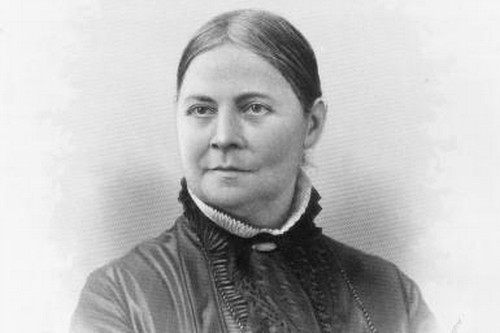 Born in Massachusetts, Lucy Stone (1818- 1893) was a renowned feminist and abolitionist. Her decision to retain her maiden name after marriage, as a symbol of individuality, created quite a controversy in that time. She played a pivotal role in organizing the first National Women’s Rights Convention in 1850. Her speeches attracted many a person to fight for women’s rights, including Susan B. Anthony. In 1870, Stone founded the Woman’s Journal, a major publication supporting women’s rights. She also co-founded the American Woman Suffrage Association. 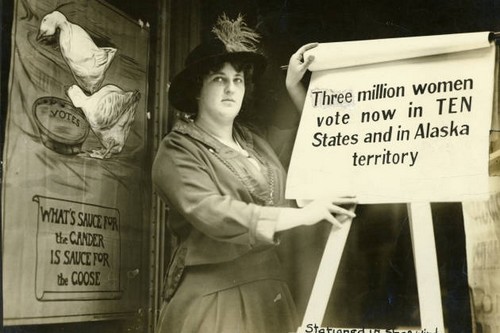 Born as Carrie Clinton Lane, Carrie Chapman Catt (1859-1947) was one of the most important women in the early 20th century America. She was a passionate supporter of women suffrage and peace. She served as the president of the National American Woman Suffrage Association twice and played significant role in the campaign that led to the granting of the right to vote to women in 1920. She co-founded the League of Women Voters and the International Alliance of Women. She also was an anti-war activist, and associated in the founding of National Committee on the Cause and Cure of War. 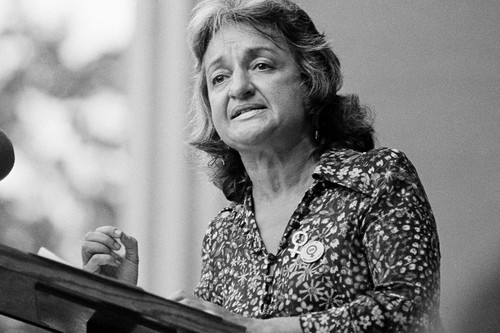 An activist and writer, Betty Friedan (1921- 2006) was one of the prominent figures in the feminist movement in America. Her best-selling book The Feminine Mystique, published in 1963, is believed to have brought resurgence in women’s rights movement. In 1966, Friedan co-founded the National Organization for Women (NOW) and served as its president for 4 years. On the 50th anniversary of the constitution amendment that granted voting rights to women, she organised Women’s Strike for Equality which saw participation of thousands of people. Friedan went on to found many organisations and write books advocating gender equality, further strengthening the movement. 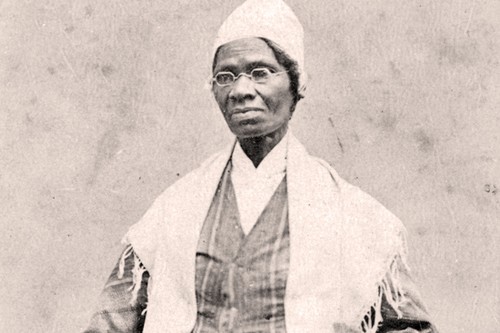 Born as Isabella Baumfree in New York, Sojourner Truth (1797-1883) was crusader against racial discrimination and gender inequality. She was born into slavery and spent almost three decades as a slave until she was freed in 1827. She travelled to various places on preaching missions and speaking for rights of women and slaves. In 1836 she became the first African American woman to win a lawsuit in the United States in case she fought for her son who was sold as a slave. She assumed the name Sojourner Truth in 1843, claiming it as per god’s message. Her speech known as “Ain’t I a Woman” at Women’s Convention in Akron, Ohio, in 1851 is a landmark in the history of feminist movement. 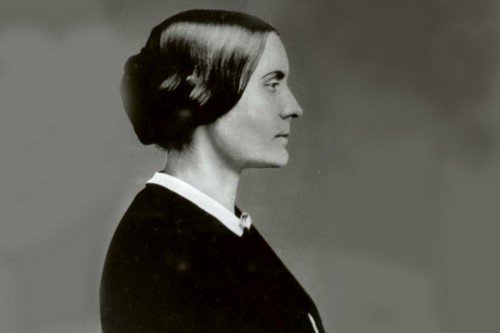 Susan Brownell Anthony (1820-1906) was one of the foremost leaders of the American suffragist movement and the anti-slavery movement. She organised numerous campaigns and lectures on the issue all over the country. She was instrumental in forming the Women’s Loyal National League, which supported the policies of President Abraham Lincoln. She, along with fifteen other women, voted in the presidential election of 1872, for which she was arrested and convicted. She also co-authored three volumes of History of Woman Suffrage. She was the first real woman to be depicted on a U.S coin. 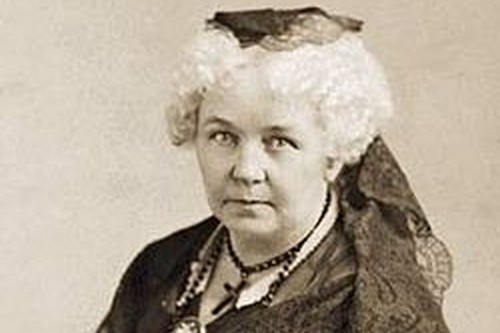 Elizabeth Cady Stanton (1815– 1902) was one of the prominent figures in the early feminist movement in America. She was a friend of Susan B. Anthony, with whom she co-authored History of Woman Suffrage. At the first women’s rights convention at Seneca Falls in 1848, Stanton conceived the Declaration of Sentiments, which went on to be one of the seminal texts in the women’s rights movement. She served as the president of the National Woman Suffrage Association for eight years and was the author of The Woman’s Bible (1895) and an autobiography, Eighty Years and More (1898).