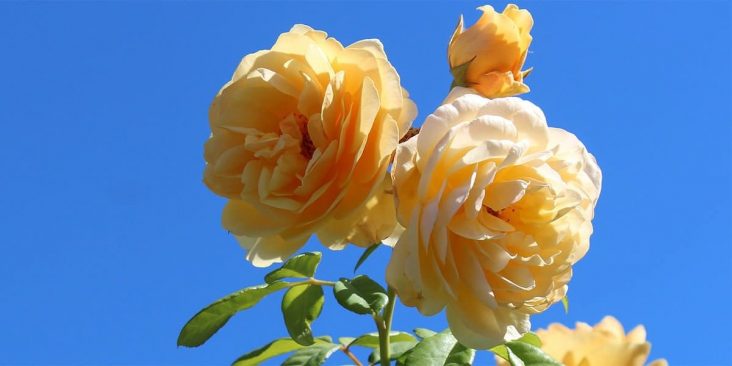 Rose is the world’s most popular flower of all times. There’s no doubt about it – the rose is one of the most beautiful, loved and acclaimed flowers. It is widely grown for its beauty, versatility and fragrance. Rose is available in a variety of colors, shapes and sizes. It is considered as a symbol of love and happiness. Some variety of world’s most beautiful rose flowers listed below.

Rose, a combination of thorny stems and fragrant, comes in various colors like; Pink, red, orange, white, purple and even black. It also denote beauty, perfection, innocence, achievement, politics and war. Nowadays, people grow these beautiful flowers in their homes and gardens. Apart from all-natural colors of red and white, roses are available in all sorts of other color combinations, including; Green, Blue, and Black for example. Here is the list of 10 most beautiful roses in the world.

One of the most beautiful rose flowers; The Mossrosor emerged as mutations of Hundred leaf roses. Also, Moss roses are quite hardy. The flowers are usually strongly full-floral and the color is usually bright to dark pink.

Generally forms medium bushes, 100-180 cm. The moss roses were first introduced in Normandy in 1746. They were first mentioned in England in 1724, during the Victorian era. See also; most expensive flowers.

Rosa rubiginosa or Eglanteria is a species of rose native to Europe and western Asia. Eglanteria is a sweet briar rose, having 5 pink petals with white base, and the numerous stamens yellow. In addition, these most beautiful rose flowers produced in clusters of 2–7 together.

Eglanteria was gained popularity from Shakespeare’s play Midsummer Night Dreams. The hybrids of Rosa Eglanteria are 1.8–3 cm diameter. They are mostly single petaled, with scented foliage, which has a strong apple-like fragrance. This bright pink rose blooms every year from late spring to mid summer. In addition to its pink colored flowers, it is valued for its scent, and the hips.

Floribunda rose is a modern garden rose. It was developed by cross between Hybrid tea and polyantha rose. It was also derived from crosses between Chinese rose and Japanese rose. The first floribunda was “Gruss an Aachen”, which is still very popular today.

Floribundas are found in a wide variety colours like; White, pink, red and yellow. They comes in all hybrid tea-shaped blossom. Also, in their cluster-flowering habit, they differing from hybrid teas classic. There are used in large bedding schemes in public etc..

Rosa gallica, often referred to as French rose, or rose of Provins, is one of the most beautiful rose flowers. It also one of the oldest cultivated specie of roses, native to southern and central Europe eastwards to Turkey and the Caucasus. Rosa gallica are lightly fragrant and form a thick and deciduous shrub.

The flowers blooms in clustered one to four together, single with five petals. They are lightly fragrant. The colours range from white (rare), light pink, deep pink, red, deep wine to pink and deep purple.

Rosa foetida, also known by the name including; Austrian briar, Persian yellow rose, and Austrian copper rose. The rose is named for its smell – foetida, a Latin word, meaning bad smell. It has yellow flowers with strong scent, but are not really unpleasant. See also; foul smelling flowers in the world.

The double flower Foetida was introduced in Persia, then imported to Europe. The first yellow foetida ‘Solei d’Or ‘ was bred by crossing Rosa Foetida and a red hybrid rose in 1900. Foetida is described as a hardy and vigorous climber, growing up to 6 feet tall.

Alba is a hybrid rose, cross between Rosa canina and Rosa Damascena. It is an old garden rose, which has been cultivated in Europe since 1st century. In other words it’s the most beautiful rose flower, it is of white to light pink colored. Most of Alba have many petals with blue-green foliage and is extremely fragrant. See also; most beautiful but strange flowers.

Unlike other roses in the list, Lady Banks’ rose is practically thorn-less. These beautiful rose flowers have been grown in the gardens of China for hundreds of years. They are of four type – 2 single petaled and 2 double petaled type. Above all, Rosa banksiae needs a lot of space to grow. It is the earliest flowering of all roses, usually needs a warm and sunny condition to grow. It has ferny foliage and white or pale yellow blooms. All Banksiae are said to smell of violets to varying degrees.

The Bourbon is an pld garden rose, known for it’s unique heritage. Bourbon is a perfect blend of strength and beauty. Above all, it is a cross between ‘Old Blush’ China rose and Autumn Damask rose. It flaunts a royal sense of elegance. In addition, Bourbon is susceptible to fungal diseases and mildew.

These beautiful rose flowers were first Introduced in France in 1820 by Henri Antoine Jacques. They originated on the Île Bourbon (now La Reunion) Island in the Indian Ocean. They are fragrant and full and come in shades like deep red and perfect pink, to light blush and pure white.

Damask rose or rose of Castile is an old garden rose, derived from French rose and musk rose. It is another very old rose, which originated in Syria. Meanwhile, Damask rose was introduced in the Europe in the 16th century.

These beautiful rose flowers are renowned for their fine fragrance. They are commercially harvested for rose oil. Also, they used in perfume industry and to make rose water and “rose concrete”. They have a tall, arching and thorny cane. In addition, the flower petals of these winter hardy roses are also edible.

The oldest roses of the modern garden rose. Hybrid Tea is one of the world’s most popular roses. It is a cross of hybrid perpetuals with tea roses. Likewise, it comes in a diverse range of colors. Also, it is the provincial flower of Pakistan’s capital territory Islamabad.

Hybrid tea flowers have long been valued for their perfectly shaped flowers, large, high-centred buds, long, straight and upright stems. The flowers usually bloom singly at the top of long stems, which makes them popular as cut flowers.

The first Hybrid tea is generally accepted was ‘La France’, which was raised by a French nurseryman in 1867. He did it by hybridizing the Old Garden ‘Madame Bravy’ with Modern roses ‘hybrid perpetual’.

There are a large number of hybrid tea cultivars in the world. Some most notable include; Double Delight, Chrysler Imperial, Fragrant Cloud, Elina, Peace, Precious Platinum and Mister Lincoln.

So, you enjoyed our list of top ten most beautiful roses. In conclusion, roses are mainly divided into 3 groups – Species, Old Garden and Modern roses. Listed above are some of the popular types of the most beautiful roses in the world. Pick your favorite for your garden. OR pick one to propose your dream lady. Because, the rose is symbol of LOVE.