It has been discovered that flowers have existed and have been known to man since the paleolithic age. Besides fossils of flowers, archaeologists have also discovered pollen from flowers buried in graves alongside the skeletons. This implies that flowers were an important part of burials. Ever since man has come across this fragrant natural ornament, it has been used as a symbol of happiness during childbirth, romanticism for nuptials and at the time of death. Flowers of different types and colors commemorate different happenings and events.

Scientists assert that there are over 270,000 species of flowers that have been discovered and documented in the existing 21st Century. The evolution of flowers began some 125 years ago during which an assortment of 125,000 flower species has developed. During the Victorian Age, flowers carried as much importance as being well dressed. A scented handkerchief sent out a message of its own, depending on the type of fragrance it exuded.

Below are ten amazing flowers and their history in a list that has especially been compiled. 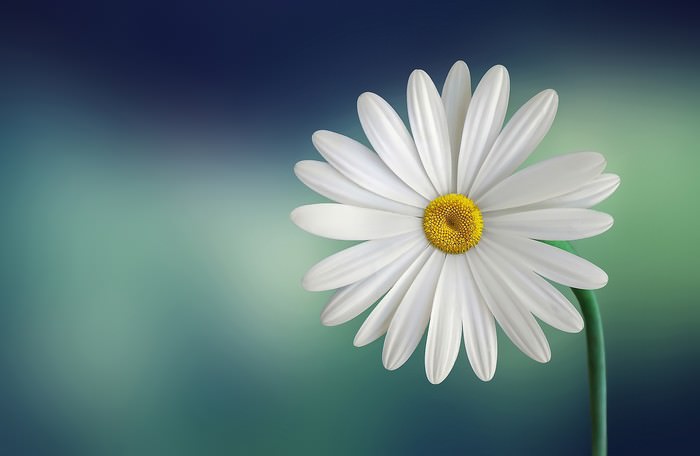 When the Minoan palace on the Island of Crete was excavated, the discoverers found beautiful hairpins, each ending in a daisy-like ornament. These flowers are believed to be more than 4000 years old. Ceramics found in Egypt from over thousands of years ago have carried images of daisies. The flower belongs to one of the largest plant families in the Kingdom of plants. They are found everywhere on Earth except Antarctica. Daisies represent purity and innocence so that might explain why a bride is carrying a bouquet made of daisies up the aisle. 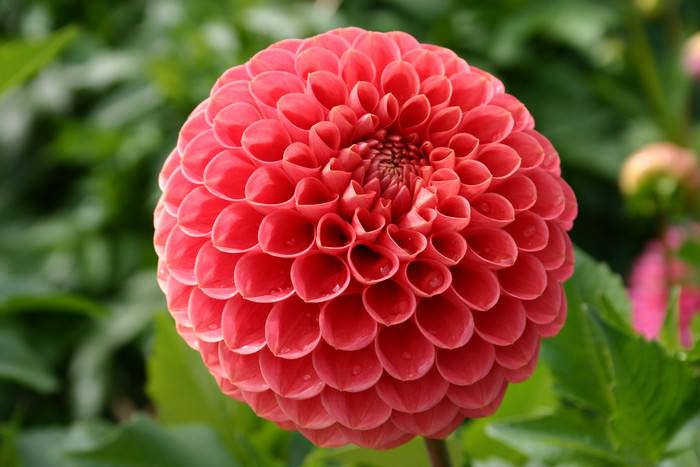 The Aztecs used dahlia as a treatment for epilepsy. This was discovered through a document that was found just 60 years after the coming of Columbus in 1929. It was a herbal document that had been written in the Latin script. Dahlias arrived in Europe a little late. When Lord and Lady Holland visited and stayed in Spain between 1800 and 1805, lady Holland came across the beautiful dahlia in Spain. She took it back to England with her when they had already been in Spain for almost 15 years. Spanish botanists had found it growing wild on the sandy hillsides of Mexico. During the destruction of the potato crop of France in the 1840s, scientists had considered dahlias as an alternate source of food. It has been named after the Swedish botanist Anders Dahl and is the official flower of the city of Seattle.

The name gladiolus has been derived from the Latin word gladius meaning “sword” and the flower has been named so for the shape of its leaves. It was also called “xiphium” that was derived from the Greek word xiphos, also meaning sword. The flower is also said to represent the Gladiators of Rome. The British used the stem of gladiolus for drawing out thorns and splinters and as a poultice. In the 18th century, large quantities of the African gladioli were imported from the South Africa into Europe.

See also; Beautiful flowers that blooms only at night. 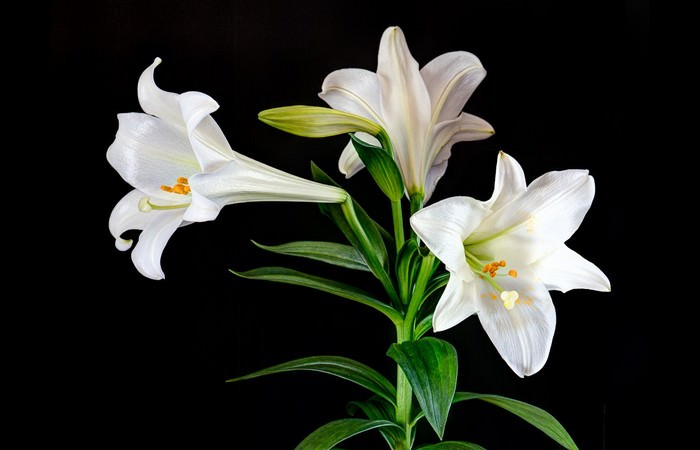 Many ancient myths have been associated with lily flower. Their pictures have been discovered in findings from the Minoan Period in about 1580 B.C. They have been mentioned in the Old Testament and the New Testament. Lillies are said to symbolise chastity and virtue. It is a symbol of fertility in the Christian and pagan traditions. The Greek bride wears a crown made of Lily flowers implying abundance and purity. It is celebrated as the most popular flower in the world and in Europe it is also one of the most prevalent flowers with people choosing the lily for their homes and gardens. 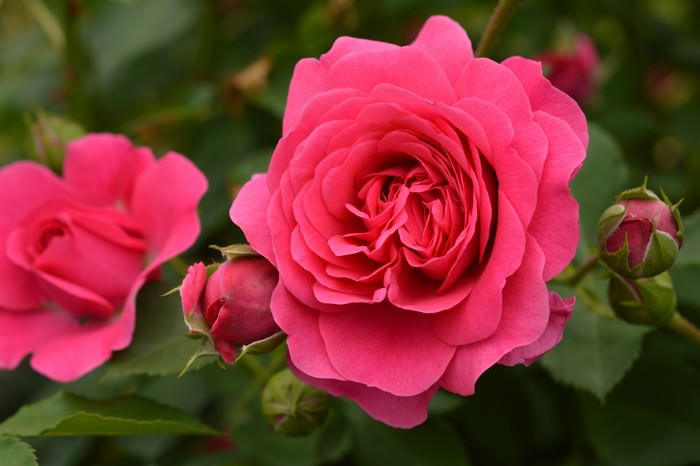 The first cultivations of the Rose appeared in Asia about 5000 years ago. When King Sargon I, King of the Akkadians in  ancient Mesopotamia went on an expedition beyond the River Tigris, he came back with “figs, roses and vines”. This happened during 2684-2630 B.C. In the writings of Confucius, we find that the Emperor of China owned more than 600 books on the culture of Roses. In Rome, the rose was introduced by the Greeks. All the streets were strewn with Rose petals during the games. Archaeologists have found roses painted on the Egyptian walls dating from the fifth century B.C to Cleopatra’s time who is known to have strewn rose petals before Anthony’s feet. 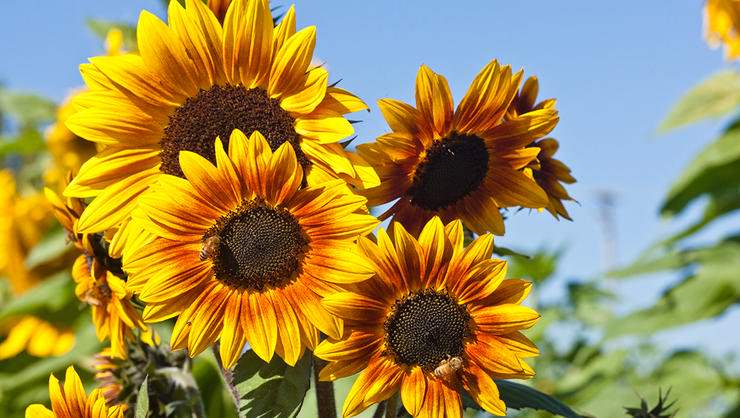 Originating in Central and South America, sunflowers were more known for their benefits than beauty. Some botanists believe that sunflowers grew wild in Italy and Spain. Francisco Pizarro is reported to have seen natives of Inca in Peru, worshipping a giant sunflower in 1532. The priestesses of Innca wore garments that had large gold made sunflower discs. 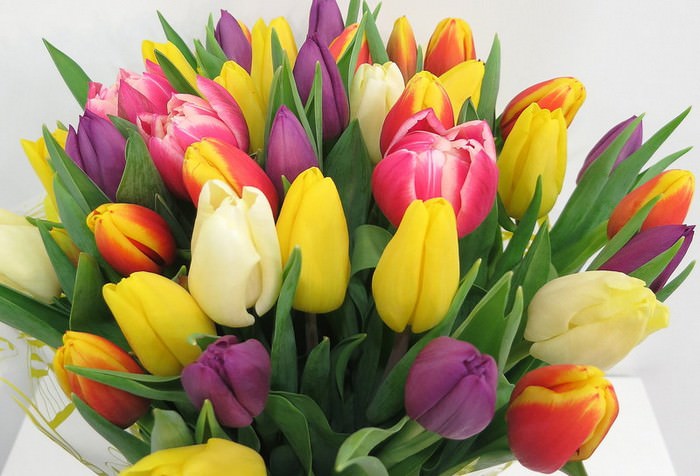 The Great Mogul Baber counted 33 different species of tulips growing near Kabul, Persia over a thousand years ago. They grew in the wild unperturbed by the activity of man of those times. It is thought that the word “tulip” is a spoiler of the Turkish word for Turban. Tulips were painted by architects and artists so often that Europeans thought it to be the symbol of the Ottoman Empire. Poets often wrote their poems citing references to the tulip. Venetian merchants brought tulips that were purchased by wealthy people in Turkey. Many fabrics were decorated with tulip designs and in 1610, it was something that only the fashionable and the wealthy women wore as corsages.

In the seventeenth century, a small bed of tulips was worth 15,000-20.000 francs. Yes, let that sink in, because Matilda Loisel of “The Necklace” by Guy de Maupassant, had to pay back 50,000 francs over ten years- and that too much after the 17th century. Between 1634-1637, people abandoned jobs, wives, homes and lovers to become tulip growers! Imagine that! 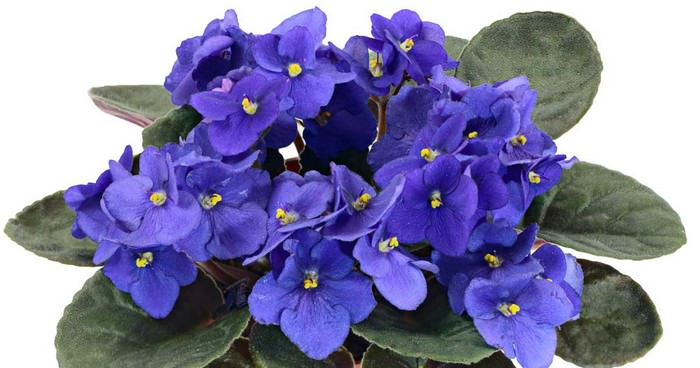 When the nuptial between Napoleon and Josephine happened, she was wearing violets and from then on, upon each anniversary, she received a bouquet of violets from her husband. Napoleon was nicknamed “Corporal Violet” and the Bonapartists chose violet as their insignia. Napoleon was exiled to the Island of St.Helena but before that he requested a visit to his wife’s tomb. On his deathbed, he wore a locket around his neck that had violets picked from Josephine’s grave. I could do a whole romantic short story on this version of violets! 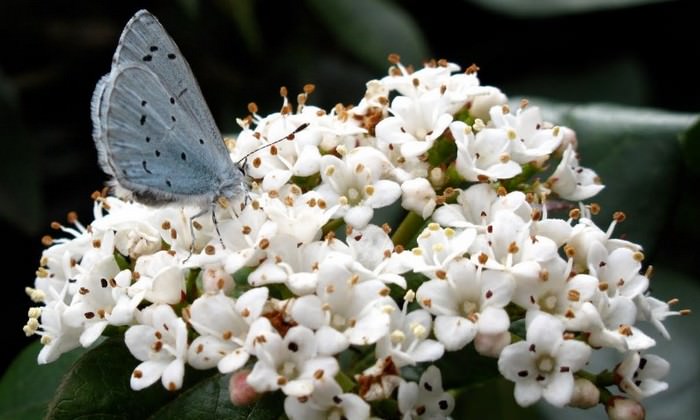 Holly is used in winter decoration and this particular use of the flower goes back to the tie of the Celtic peoples of Northern Europe. These folk decorated their homes with holy during the time of Yule or winter solstice. The ancient people of Rome believed that the flower shunned away witchcraft and lightning strikes, so they gifted each other boughs during the festival of Saturnalia, also celebrated at the winter solstice. The early Christian Church retained many traditions of the Celtics and the Romans, one of which was the importance of Holly in the celebration of Christmas. They early followers of Christ associated the thorns of holly with the thorns on Christ’s crown during crucifixion, and the berries with his blood. Medieval monks also call it the Holy Tree. There are about 400 species of holly.

The carnation flowers were used in Greek ceremonial crowns. They were cultivated as garden flowers in Ancient Greece and Rome. The word carnation comes from the Greek word “carnis” meaning flesh which refers to the original color of the flower, or perhaps the word “incarnacyon” which refers to the incarnation of God made flesh. The cultivation of these flowers began more than 2000 years ago for their appearance and intense fragrance. Legend has it that the first carnation came from the tears of Mary after Jesus was crucified. In most countries of the world, carnations are a symbol of labor movement and mother’s love. In France, these flowers symbolize bad luck and are used for the preparation of funeral bouquets. The Latin word for carnation is “Dianthus” which means “flower of the gods”.

See also; 10 Flowers to Keep your Garden Colorful this Season.