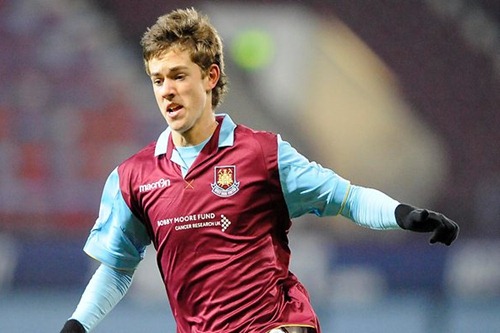 Dylan James Tombies was born on March 8, 1994 in Perth, Australia. While his life was cut short, he notched a place in sports history as an Australian soccer play who played as a striker for West Ham United. In 2011, Tombides played in the Under-17 World Cup in Mexico. In 2014, he represented Australia at the AFC Under-22 Championship.

Also in 2011, Tombides found a lump in his testicle which was misdiagnosed as a benign cyst. A later random drug test discovered that he had testicular cancer. In June 2012, Tombides received a surgery during which his lymph nodes were removed. Believing he was back to full health, he returned to training and made his only appearance playing for West Ham United. In December 2012, Tombides received additional chemotherapy and had two stem cell transplants. By March 2013, his cancer had metastasized to his liver. In January 2014, after an intense round of chemotherapy, he played at the Asian Under-22 championship. Trombies, who often features in lists of celebrities who died of testicular cancer, breathed his last at the age of twenty on April 18, 2014 in London England. He is one of only two players to have their number retired by West Ham. 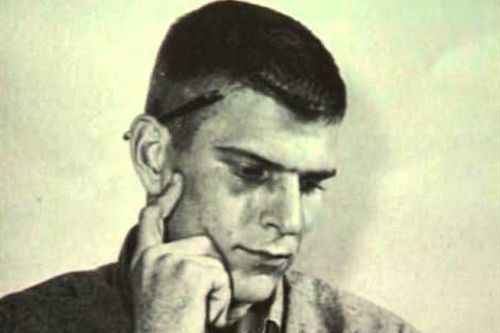 Born on July 11, 1940 in Scottsboro, Alabama, Patrick Lee Trammell was a natural athlete and gifted student who aspired to be a physician. He is also one of those celebrities who died of testicular cancer. In 1961, as a quarterback, Trammell led the University of Alabama’s Crimson Tide to the NCAA national championship. Later that year, Trammell was selected NCAA Academic All-American and was the fifth runner up for the 1961 Heisman Trophy.

When Vince Lombardi requested that Trammell’s coach, Bear Bryant, pressure Trammell to join the Green Bay Packers after Graduation, Bryant is said to have responded, “Pat is too smart to play professional football.” Trammell still holds two records at the University of Alabama: (1) the lowest interception percentage in a season, and (2) the career record for lowest interception in a career. In 1966, Trammel earned a medical doctorate from the Medical College of Alabama.

In July 1968, Trammel was diagnosed with metastatic testicular cancer. Trammell first underwent surgery in Birmingham and later received experimental treatments in New York. Initially optimistic about his diagnosis, Trammell’s condition quickly deteriorated. On December 10, 1968, during the last year of his dermatology residency, Trammell died at the age of 28. Thousands attended his funeral in Scottsboro, Alabama and the notoriously tough Bear Bryant is said to have cried at the funeral. 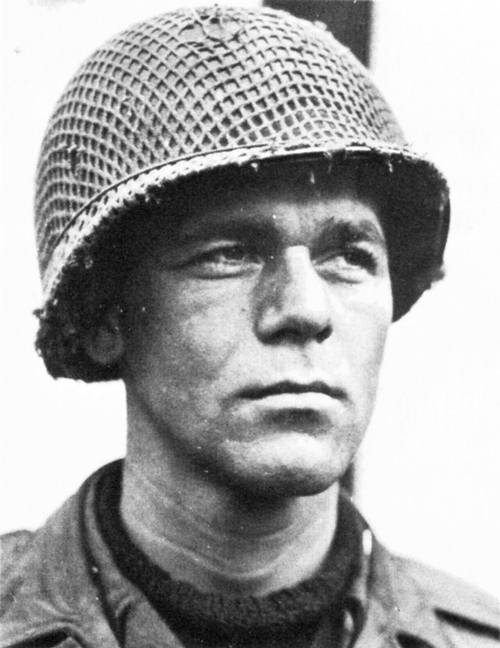 Born June 19, 1922 in Germany, the son of an American soldier of German ancestry, Karl Heinrich Timmermann would leave a historic military career of his own. Enlisting in the US Army on July 6, 1940, he was positioned in the 15th Infantry Regiment of the 3rd Infantry Division at Fort Lewis, Washington. Timmermann was soon assigned as a platoon leader within Company A of the 27th Armored Infantry Battalion, 9th Armored Division. On December 16, 1944, he was involved in the Battle of the Bulge, which saw the execution of his company’s entire kitchen staff and supply sergeant.  On March 7, 1945, during much bloodshed, Timmerman’s served as the first American Officer to cross the Rhine River in Germany during World War II.

Later, in September 1950, Timmermann landed with the Seventh Invantry Division in South Korea during the Korean War. While experiencing the early symptoms of testicular cancer including abdominal pain, he continued to fight with his unit. When he was officially diagnosed with testicular cancer, Timmermann was sent to Fitzsimons Hospital in Colorado. Undergoing surgery to remove his testicle, the treatment was unsuccessful. On October 21, 1951, he died at the age of 29 and was given a full military burial at Fort Logan National Cemetery in Colorado. 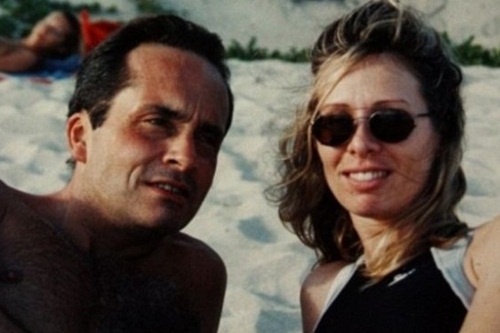 Born the son of Jacqueline Lee Bouvier’s younger sister and Polish Prince Stanislaw Albrecht Radziwill, Prince Anthony Stanislas Albert Radziwill was born on August 4, 1959 in Lausanne, Switzerland. A Boston University graduate, he began his career as an associate producer at NBC sports. In 1990, he was awarded a Peabody Award for his investigation on the resurgence of Nazism in the United States. In 1988, he went on to become a television executive and filmmaker for the HBO series Taxicab Confessions and Real Sex.

In 1989, Radziwill was diagnosed with testicular cancer. He underwent treatment which left him in remission but sterile. Shortly before his wedding to Emmy award winning journalist Carole Ann DiFalco on August 27, 1994,, new tumors emerged as the disease took on a metastatic nature. For five years, Radziwill battle disease undergoing a series of hospitalizations, operations and experimental treatments. Three weeks after the fatal plane crash that killed Carolyn Bessette-Kennedy and John F. Kennedy Junior, Radziwill died on August 10, 1999 in New York City at the age of 40. 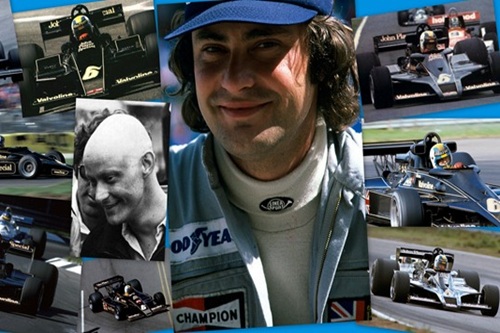 Born November 20, 1948 in Helsingborg, Sweden, Gunnar Nilsson will go down in history as one of the most talented Formula One drivers and among the most popular celebrities who died of testicular cancer. After the creation of a transport business in the early 1970’s, Nilsson became a full time driver while continuing partnership in the company. In 1975, Nilsson won the British Formula 3 Championship. Sadly, Nilsson’s only F1 win came at the Belgian Grand Prix at Zolder, Belgium in 1977.

In December 1977, during a routine check-up in London, Nilsson was diagnosed with testicular cancer. Nilsson soon began intensive radiotherapy at Charing Cross Hospital in London. By July 1978, Nilsson had lost sixty pounds, his hair had all fallen out, and the cancer had spread to his lymph nodes. Nilsson declined pain-killers so he could continue to work as long as possible by training with an old BMW.

Gunnar Nilsson died in Hammersmith London on October 20, 1978 at the age of 29. Some say the death of Nilsson’s teammate, Ronnie Peterson, weeks earlier during a crash at Autodromo Nazionale Monza in Monza, Italy, was too large a blow to Nilsson’s spirit to continue fighting the illness. Nilsson’s teammates including Mario Andretti and Bob Evans saw talent in Nilsson that both believed would go far in racing. 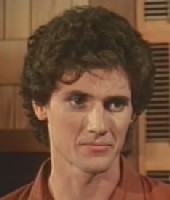 Born on November 17, 1954, Kevin James Gibson may very well have contracted testicular cancer from the years after high school during which he spent working in a Detroit auto plant. James often had to take two showers to remove all the silver chromium die of himself.

James later quit the auto industry, moved to Los Angeles, and became a top pornographic actor in the 1970’s and 1980’s. Nowadays, James is best remembered for his appearances in films like Cafe Flesh, I Like to Watch, Nightdreams, Let Me Tell ‘Ya Bout Black, Chicks, and Black Throat. James, today ranks among celebrities who died of testicular cancer. He passed away on January 24, 1990. While many performers feared that James had contracted the HIV virus, his agency, World Modeling, assured the performers “It was only cancer.” 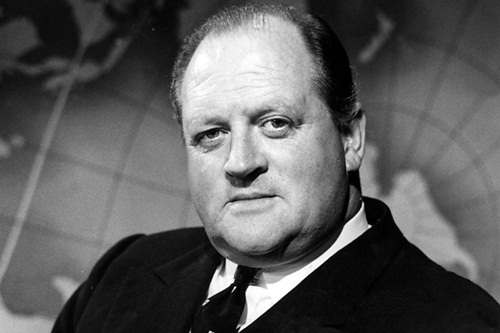 Born in 1913, Richard Dimbleby will forever be remembered as an English journalist and broadcaster, who served as the BBC’s first war correspondent and later a leading TV news commentator. In 1945, during World War II, he broadcasted his first report from Belsen concentration camp in northern Germany. After the war, Dimbleby became “the voice of the nation” as the BBC’s television correspondent for events including the coronation of Elizabeth II and the funerals of George VI, John F. Kennedy, and Winston Churchill.

Diagnosed in 1960, Dimbleby fought testicular for five years. Admitting that one had cancer was a taboo topic at the time, but he decided to do so anyways, which both helped build awareness about the disease. He worked through treatment, concluding radiation sessions with trips to local pubs with medical staff. In 1963, an x-ray revealed tumors in Dimbleby’s stomach. From March 1963 to January 1965, he even appeared to have entered a period of remission. That January, after preparing for Churchill’s funeral, he complained of a dull ache in his back and an x-ray revealed new growths in his vertebrae. On December 22, 1965, he died from testicular cancer at St. Thomas Hospital in London, at the age of 52. Dimbleby is another one of our treasured celebrities who died of testicular cancer. 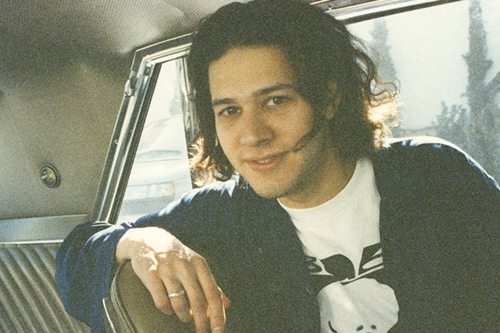 Josh Clayton-Felt is among the celebrities who died of testicular cancer and is best remembered as a guitarist and singer-songwriter. Moving from Boston to Los Angeles in the early 1990’s, Clayton-Felt formed the band School of Fish, which was soon signed to Capital Records. School of Fish released one hit song, “Three Strange Days.” A second album, “Human Cannonball” soon followed. The band then broke up leaving Clayton-Felt to pursue a solo career with A&M records. In 1996, Clayton-Felt toured with Toris Amos and played session guitar on Jewel’s “Spirit” album. In 1998, when A&M was taken over by Seagram, Clayton-Felt was dropped from the label. Clayton-Felt the later years of his life trying to gain the rights to release his second solo album.

A week after recording his second solo album, in December 1999, Clayton-Felt was diagnosed with testicular cancer. Less than a month after diagnosis, Clayton-Felt fell into a coma. While Clayton-Felt’s family managed to get the rights back to the album, it was too late and at 32 years old, Clayton-Felt died on January 19, 2000 in Los Angeles. 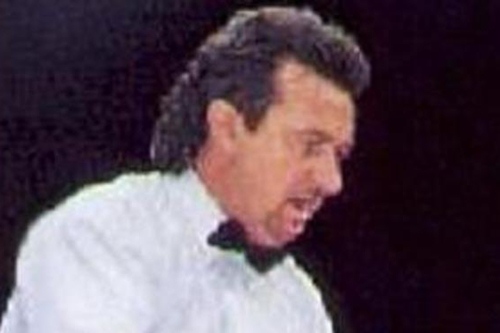 Randy Anderson, born in 1959, is remembered as a referee who worked for the National Wrestling Alliance and World Championship Wrestling. Too small to make much of a career as a professional wrestler, in 1978 Anderson began working as a referee in 1978. By the late 1980’s, Anderson was already a referee for several main event matches including the six-man tag match at Bash on the Beach in 1996. By the late 1990’s, Anderson was included in storylines involving the nWo and Ric Flair.

In 1999, at the age of 36, Anderson recognized he had the symptoms of testicular cancer including soreness in his breast area after reading a medical magazine during a plane flight. Later that year, Anderson was forced to retire from his referee career due to his cancer diagnosis. Eventually, Anderson had his malignant left testicle removed. Anderson underwent 25 radiation sessions, and even managed to return to work. While initially given a high survival rate, the disease reoccurred and Anderson died on May 5, 2002. Anderson ranks second on our list of celebrities who died of testicular cancer. 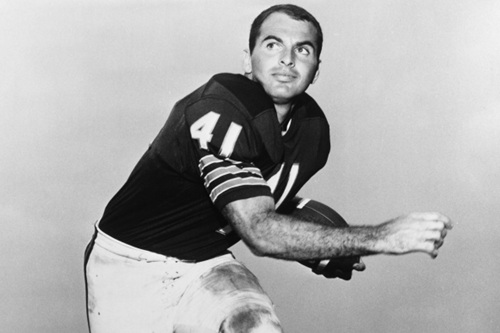 Born in 1943, Louis Brian Piccolo played for four years as the Chicago Bears running back. Initially unwanted by the National Football League because he was only 5 foot 10 inches and weighed 185 pounds, Piccolo later made a name for himself as one of the smallest but toughest fullbacks. In the Bears’ 1967 season, Piccolo backed up tailback Gale Sayers, gaining 317 yards and averaging 4.1 yards per carry. In the late 1960’s, Piccolo who was white, and Sayers, who was black, also helped to break down still rampant racial segregation by rooming together while the Chicago Bears were on the road.

On November 16, 1969, Piccolo was forced to drop out of a game because he couldn’t breathe. After a chest x-ray revealed a tumor in his left lung, Piccolo was diagnosed with embryonal cell carcinoma, an aggressive form of testicular cancer.

Piccolo began chemotherapy at Memorial-Sloan Kettering in New York City. Piccolo received an orchiectomy, or the removal of a testicle. In April 1970, surgeons removed Piccolo’s cancerous left lung and left chest well. Later, Piccolo received iodine seeds and radiation, but unfortunately on June 16, 1970, Piccolo died of the disease at the age of twenty six becoming one of those treasured celebrities who died of testicular cancer. Piccolo’s story is told in the 1971 sports classic, Brian’s Song, in addition to a 2001 remake.