Have you ever wondered, how the Hulk’s facial features looks similar to that of Bruce Banner in Avengers movies. Obviously you know that’s CGI but how does it work? How was it started? How the enormous crowd in 300 or Lord of the rings was created? and how Caesar in planet of the apes, Gollum in hobbit trilogy and Na’vi in avatar was brought to life?. If you’re searching for those answers then you should definitely read this article.

Here’s one point to remember, some movies in this list may not have absolute best CGI or utterly convincing visual effects, but they’re on this list for pioneering some techniques that gave us later movies with some of the best computer generated visuals. 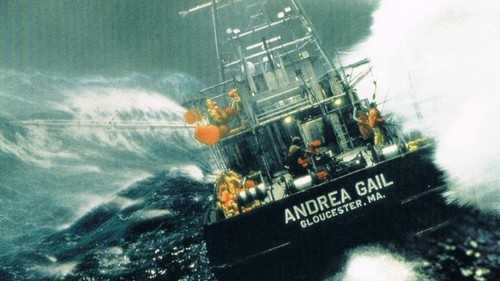 With The perfect Storm industrial light & magic revealed their first big innovation of this century named OpenEXR. It is basically a “high dynamic range imaging” image format which was used to render water effects in this biographical disaster drama. By creating perfect real life like water physics, ILM solved an exceedingly huge problem that visual effect artists previously failed to overcome for more than a decade.

Water has always been difficult to render for movies. The iconic water movement scene in James Cameron’s the Abyss took about 6 months to make 30 seconds of animation, however, it got easier to make as the technology advanced and we pleased our eyes with some visually stunning water effects in 1997’s summer blockbuster Titanic. But still there were some improvements needed to reach where we are today.

Problem doesn’t come with water rendering itself but the scattering of water drops when something hit the water. Scattering of water particles with realistic physics is insanely complicated to create on computer. But let’s not jump into details, the point is, ILM pioneered a revolutionary compression format that simplified those over the top complicated calculations. They rendered water effects almost close to reality back in the year 2000 and changed the visual effect industry forever. 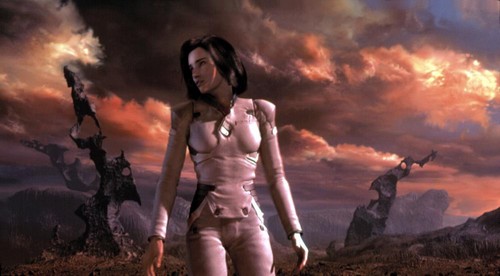 One of many memorable parts of Lord of the rings trilogy was Gollum, played by Andy Serkis using newly invented motion capture technology. Although With Lord of the rings, Peter Jackson and his team pioneered number of things in visual effects field but they weren’t the first to introduce motion capture in a feature film, however they did brought this technology in radar. We’ll talk about their contribution in visual effect breakthroughs later in this list.

Taking this spot is a film that terribly bombed at the box office. The lousy adaptation of a highly successful video game series was criticized for its dull story and less emotional attachment, both are completely contrast to the games of the series. Final fantasy the sprits within failed critically as well as commercially. It could only recover half of its production budget of $137 million.

Despite being just another unsuccessful attempt of adapting video games for movies, it had made some remarkable achievements in the field of visual effects, that includes the first film to bring motion capture technology in a feature film, as well as first genuine attempt of constructing photorealistic animation. It exceeded the budget in doing so, and required four years of hard work by more than 200 artists. 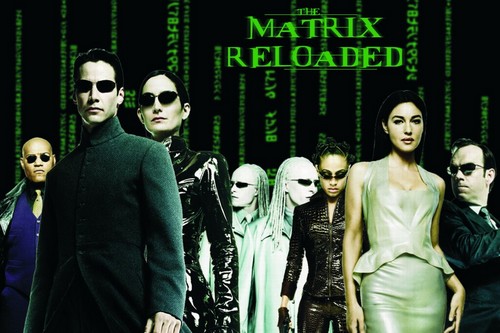 Do you know how they transformed Brad Pitt into an elderly man in “curious case of Benjamin Button” only using some kind of computer technology? well, the techniques used to create that magical visual effects came to existence with this installment of Matrix. The Matrix reloaded was the first film to introduce a highly sophisticated system called universal capture or simply Facial motion capture.

In early 2000s, filmmakers started to use motion capture technology in their films but to track the movements of something complicated as human face required something exceptional, hence comes the revolutionary technology universal capture.

Facial Motion capture is a process of electronically converting the movements of human face into data base using cameras and laser scanners, so that artists can use it to produce a CG characters. The result was more realistic movements of human face than the animation generated manually in Final fantasy the sprits within and other previous films. 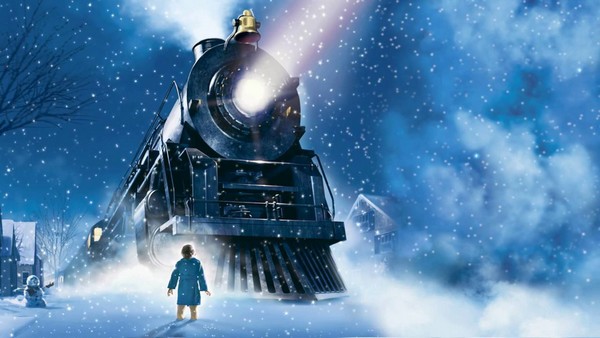 Performance capture technology continued to make advancements, and it wasn’t long that an animated movie came out that used the technology to animate all the characters of the film.

Grabbing this spot is a movie that pioneered a concept which is now used in almost every big budget movie. In this technology actor wears a skintight suit loaded with dozens of sensors, several cameras record the movements of actors from different angles, simultaneously recording exact 3D position of all sensors not rest of the actor. This allows filmmakers to digitally create a character that they can use to place in entirely new setting. Since the innovation of this technology is excessively used in hundreds of films including king Kong, avatar (improved version), hobbit, avengers and many more. 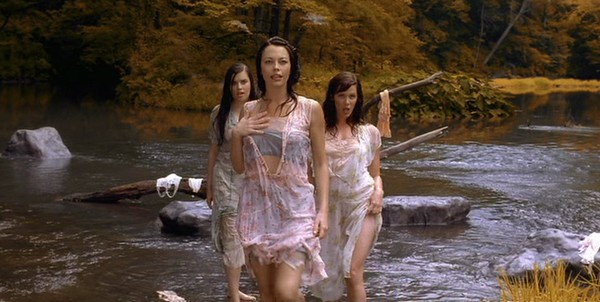 Before 2000s, if a filmmaker wanted to change the color of his film to give film a distinctive look and feel, he had to use a time consuming procedure called “Telecine” to color the look of their film. The old process was pretty good but it had its limitations.

When Joel and Ethan brothers wanted to have a dusty autumn look for their period drama O brother, where art thou?, they shot the whole movie in clear green of summer following the suggestion of cinematographer Roger Dickens. They later changed the color of their film using a revolutionary technology of new era called Digital Color Grading. They scanned the entire movie into a computer and colored it using gadget that you may have on you desk. The process took several weeks but result was equally rewarding.

A very recent breakthrough in visual effects took place in 2013 when Gravity was released. This movie was marvellous in terms of CGI. The realistic environment of Gravity literally gave people goosebumps, some people even believed it to be shot in real outer space. But this movie isn’t on this list for its top notch modeling, or physics simulation or animation, it’s here for an innovation called Light box.

Every photographer knows that the light is the most important consideration of any photograph. So, in order to match digital lightning with space light Cuarón and lubezki innovated a solution and simply named it light box.

Light box is a hollow 9×9 foot cube with interior walls fitted with 1.8 million individually controllable LEDs. They used this technology to perfectly match the lighting of space that astronauts were floating at. 60 percent of the film was shot inside the light box. Instead of moving actors in the world, they moved the world around the actors. By introducing this technology, they’ve opened the doors to the fields that nobody dared to enter before., 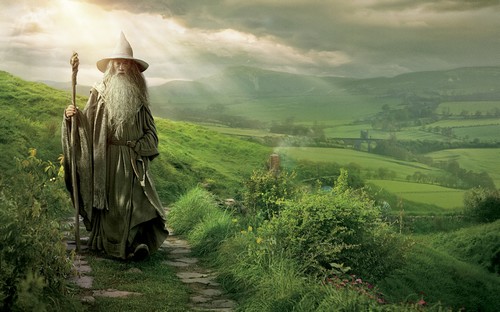 Since the beginning of cinema filmmakers had a big problem creating large number of crowd for their movies. Suppose if they want to create a battle scene between 300,000 Persians and 300 Spartans, practically it’s extremely difficult (if not impossible) to cast that amount of people for a film. But with multiple Oscar winning Lord of the rings trilogy, Peter Jackson showcased a high-end software used to generate crowd named accurately as MASSIVE.

MASSIVE is a digital tool that can be used to create enormously complicated crowd animation with unique digital characters numbering up to 70,000, each with randomized variety of traits. All of them have unique features, their looks, size and even personalities were different. They were given actions that they can do from hundreds of different moves, all of which was processed by artificially intelligent digital brains of each character. The result was an incredibly dense crowd with different actions and thus animations.

In early days, the number of characters could be created using this were in thousands, but today with multiple times more powerful computers, those numbers can go up to millions. Today this technology is very popular among filmmakers.

As the second half of 2000s began filmmakers started to use more and more visual effects technology to create amazingly realistic characters and action scenes to fool the audience. Movies like King Kong, Superman returns and pirates of the Caribbean used the vfx technologies in the best possible way. If you saw pirates of the Caribbean; dead Man’s chest and was completely impressed by the stunning visual effects used to create Davy Jones and his crew, then you may also want to know that it was created using second big innovation of industrial light & magic in the new millennium, known as IMoCap (image motion capture).

IMoCap is basically a motion capture that happens alongside the principal photography. In this groundbreaking technology, actors shoot wearing bodysuit attached with several sensors on real sets, in front of real actors and real lights. All they do is place two more cameras alongside principal camera to capture the actor’s motion data. Using all this information and combining photorealistic animation along with gorgeous rendering of Davy Jones’s octopus beard, they created some of the most memorable and eye pleasing effects of this century. 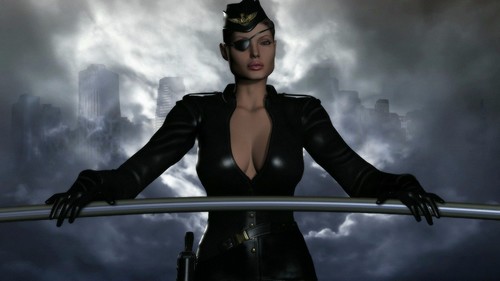 By the year 2004 filmmakers had virtually perfected the animation and physics of the digital people but they still had to get to digital backgrounds. That’s where “The sky captain and the world of tomorrow” wins the race by being the first film to the shoot entire film in front of digital backlot. The whole film was shot in some kind of basement in front of green or blue screens. Later movies like 300, sin city and hobbit all made the magnificent use of it to create jaw dropping landscapes, and uncovered the true potential of this breakthrough technology.

The trailer of “the sky captain and the world of tomorrow ” was released four yours before the film got completed, it was an attempt to attract some investors. The trailer managed to get positive response and a big funding to the director, then he took the project on a large scale. It was an huge attempt in visual effect field that unfortunately didn’t quite pay off. Eventually film failed to recover its production budget of $78 million. But without this film, we might not had the spectacles like Avatar, life of pi and even the jungle book (2016). 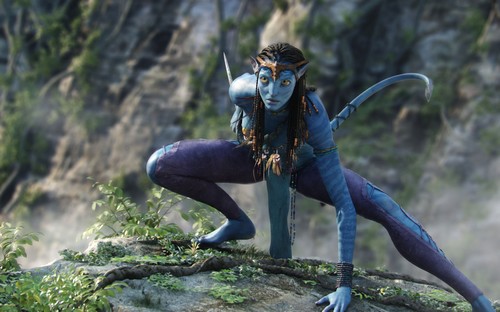 Avatar absolutely deserve the kind of success it achieved. It didn’t become highest grossing film of all time for doing nothing. This Science fiction flick was a real deal. James Cameron and his team invented multiple technologies in order to create this groundbreaking visual effect extravaganza.

Let’s come to the point why this movie is on this list. James Cameron waited for almost a decade to start working on this film. Reason was the other technologies on this list had to be invented. Once that happened, he cranked the volume up to eleven and innovated on everything from data management to 3D cameras. He developed Fusion camera system by using two HD cameras in a single body to shoot stereoscopic 3D.

In terms of motion capture, he used maximum amount of area that motion capture could track to create Pandora’s jungle and other huge landmarks, it was six times larger than typically used before. He also developed an improved version for performance capture that was used to capture full facial expression of actors, individually made skull caps were fitted on actor’s head with tiny camera positioned in front of the face, allowing them to capture absolutely realistic performances of actors and integrate that with computer generated imagery to bring Na’vi to life. They used supercomputers to do all the heavy calculations, final product had the 17 gigabytes of data per minute.

Unsurprisingly, this movie took more than a decade to get completed, but Avatar certainly registered it’s name in the books of cinematic history, and it will always be remembered as one of the greatest film ever created for Hollywood film industry.