The 20th century was remarkable in political history, as it was the time when most countries gained their independence. It was also the century in which global institutions like the UN, IMF and WTO were formed. These institutions became more powerful than any single nation or alliance of nations. Before the formation of these institutions the world was ruled and controlled by a few countries that exerted colonial rule over other nations. The rule and control was of military, political, economic and cultural form. The century saw the formation, rise and fall of the most powerful colonial empires to exist in recent history. 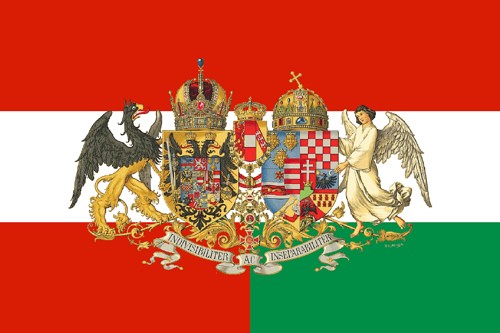 At the beginning of the century the Austro-Hungarian Empire was the largest political entity in mainland Europe. It occupied much of central Europe spanning almost 700,000 square kilometers. There were 11 major ethno-language groups in the empire: Germans, Hungarians, Polish, Czech, Ukrainian, Slovak, Slovene, Croatians, Serbs, Italians and Romanians. After the First World War, the Austro-Hungarian Empire was broken up into separate parts and it lost almost 75 percent of its former land, which was then divided between Romania, Czechoslovakia, Yugoslavia, Poland, and Italy. Austria and Hungary were purposely left economically and militarily weak to prevent them being a threat in the future. 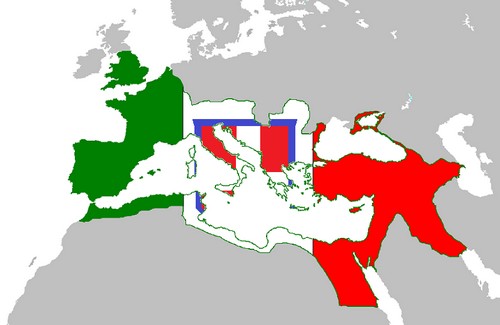 Italy was the last to join in the scramble for Africa and could only take what others had left. It controlled a territory of about 780,000 square miles and a population of over a million and a half. Its main colonies included Somaliland, Eritrea and Libya. Libya was the largest and most important of the Italian colonies. Italy also controlled Rhodes, Dodecaneses and a little area of Tientsin in China. The last Italian acquisition was Albania in 1939. After World War II much of Italian land was seized by the British leading to an end of the Italian colonial empire. 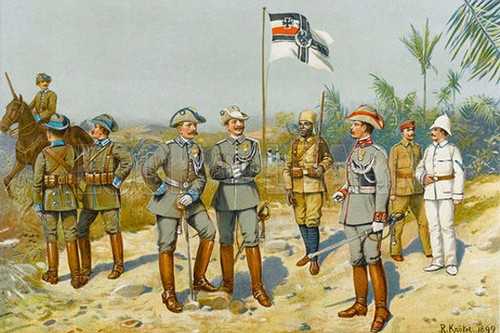 Germany was late in acquiring colonies but was still able to build small empires. In Africa Germany acquired Cameroon, Tanzania, Namibia and Togo. It also ventured into the south pacific acquiring northeastern New Guinea, the Bismarck Archipelago, and island groups to the northeast like the Carolines, Marianas, Marshalls, Samoa and Nauru. In addition it seized a Chinese port city–Tsingtau. After the First World War, its various colonies especially in Africa were seized by Britain. Japan took over the lands in the Pacific. The German colonial empire ended after its defeat in the war and the Treaty of Versailles on 10 January 1920.

The Portuguese were the first Europeans to claim territory in sub-Saharan Africa. It however had a small size and an economy that had been weakened by several years of warfare. Its colonies included Angola, Mozambique, Guinea-Bissau, Cape Verde, Sao Tome and Principe, Goa, East Timor and Macau. In 1961 India took Goa from the Portuguese and it became an Indian state. In 1974 there was a new government in Portugal. It granted independence to Angola, Mozambique, Guinea-Bissau, Sao Tome and Principe, Cape Verde and East Timor in 1975. Macau was the last country to leave the empire when it was handed to China in 1999. 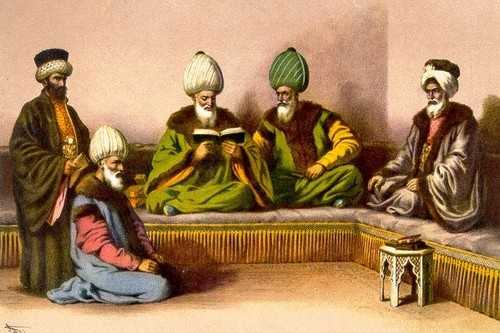 The Ottoman Empire had controlled much of Middle East and North Africa since early 16th century. It was headquartered in Constantinople (later renamed Istanbul), Turkey. At the start of World War I there was a revolt from a population of the empire and the rebels got support from Britain and France to fight against the empire government. After the war a treaty was signed between the War Allies and the Ottoman Empire. From the treaty France and Britain possessed Syria, Lebanon, Palestine, Jordan and Iraq. The Greeks took control of eastern Thrace and ‘Ionia’ (western Anatolia) while the Italians got the Dodecanese Islands and a zone-of-influence in south-western Anatolia. The Armenians were given an independent state which was much of eastern Anatolia. The empire officially ended on the 1st November 1922, when Turkey was declared a republic. 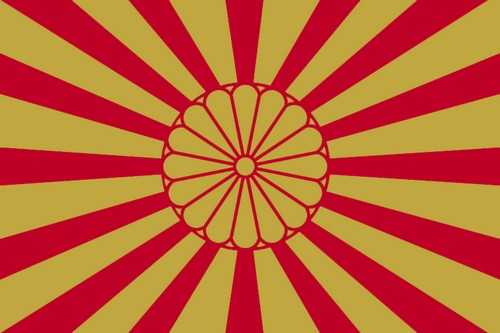 Between 1868 and the mid-20th century, Japan had created an enormous empire that stretched from Alaska to Singapore. They therefore controlled as much territory and as many people as any of the great powers of Europe. This included: Korea, China, Taiwan, Manchuria, Shandong, the entire China coast, Philippines and the Dutch East Indies. Being part of the victorious Allies in World War One, Japan was granted Germany’s Asian colonial territories. They consisted of Tsingtao, on the Chinese Shantung Peninsula, and the formerly German-held islands in Micronesia. Japan’s pursuit for more land in China and its tripartite pact with Germany and Italy led to the Second World War. Japan lost and surrendered the colonies in 1945. 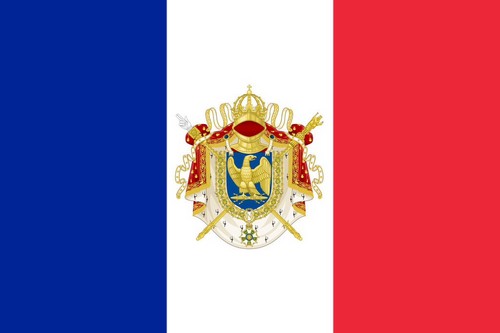 By the time of the Second World War, the French empire was the only worldwide empire comparable to that of the British. It covered over five million square miles with a population of 65 million. France had over 15 colonies in Africa. In Southeast Asia the French held power over Indochina. In the Pacific, France held Tahiti and various island groups, as it did in the Caribbean. After the First World War it gained Syria and Lebanon from the Ottomans and parts of Togo and Cameroon from the Germans. French colonial empire began to fall apart during the Second World War, when various parts of their empire were occupied by other powers like Japan, Britain, the US and Germany. Many French colonies gained independence between the 1950s and 1960s. 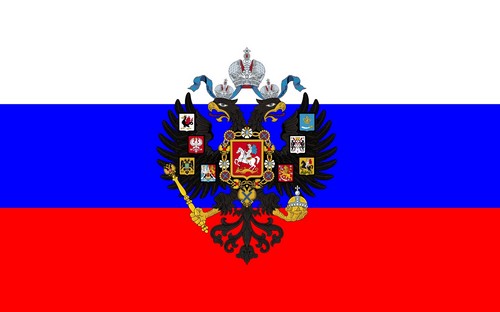 The Russian Empire stretched from Baltic Sea and Eastern Europe to the Pacific Ocean. It controlled about one sixth of the Earth’s landmass and had a population of about 128 million people. It had the largest army in Europe of 1.5 million men and could increase four or five times when reservists and conscripts were called upon. The First World War was a major cause of collapse of the Russian Empire. Millions of people died, industries collapsed and there was famine. The war also changed the map of Europe which led to Russia losing control over Poland, Finland, Lithuania, Estonia and Latvia. The leader at that time Nicholas II was overthrown by the communist Party which established the Soviet Union. 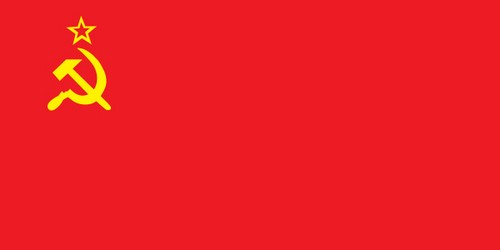 Also known as the Union of Soviet Socialist Republic (USSR), the Soviet Union emerged after the Russian Revolution of 1917. The union had control over a multi-ethnic society that was bigger than that of the Russian Empire. It also had a bigger military power. The Union underwent massive industrialization which led it to becoming a world superpower. It was in the 1980s that there was frustration over a bad economy and leadership that set off a series of independence movements. The Baltic states of Estonia, Lithuania and Latvia were the first to declare independence. Then in December 1991 Ukraine, the Russian Federation, Belarus, Armenia, Azerbaijan, Kazakhstan, Kyrgyzstan, Moldova, Turkmenistan, Tajikistan and Uzbekistan broke away from the union. Georgia was the only country that remained though it left two years later. 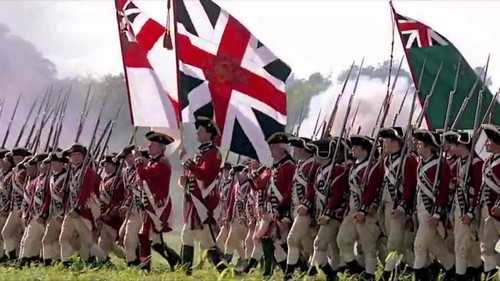 At its peak in 1920 the British Empire was the largest official realm in the world. It controlled 14 million square miles of territory which was approximately one quarter of the earth’s surface. It had territories in every continent and ruled between 400 and 500 million people establishing a dominant position in global affairs. The main reason attributed to Britain’s dominance was its industrial advancement and technological innovation. In the second half of the 20th century, many countries got their independence from Britain. Decline in its superiority is attributed to the Second World War where it had accumulated a lot of debt and could no longer support or afford an empire, and the growth of the United States and Russia who had now become the global superpowers.