All the glory is bestowed in the animal world to the creatures who are the fastest. They hog the limelight as the athletes of the kingdom, while those who are slow one win races on in in stories and fables as the steadiest animals. But, it is no easy feat to be the slowest animals in the world, moving at their own pace. Well, let’s take a look at animals who do not care much for the thrilling championships of foxes and rabbits – the 10 slowest animals in the world. 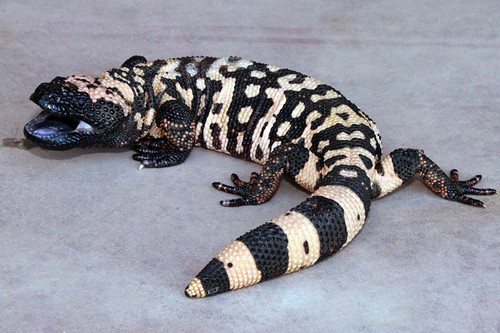 If you don’t like lizards, you probably won’t like Gila monsters, either. They can grow up to a length of 60 cm, and its weight varies from 350 to 700 gm. It is the only venomous lizard in the US. But, they are hardly of any threat to you, as they move at a speed of about 667 cm per sec. Besides, they consume food up to one-third their weight, and store fat in body. So they rarely search for food. 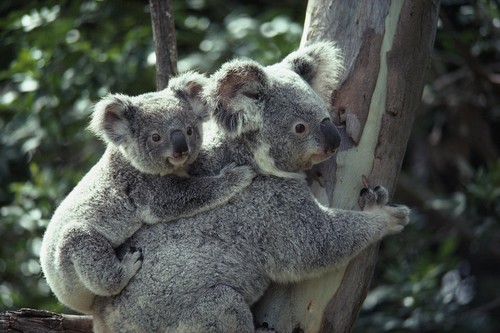 The exceedingly adorable koala bears are no bears – they are a threatened category of arboreal herbivorous marsupials, though they can get pretty cranky if disturbed. The highest speed at which they have been noted to move is 447 cm per sec, and move up trees in no time, though they have a general lethargy in their movements, perhaps since they know that they are too cute to be attacked. 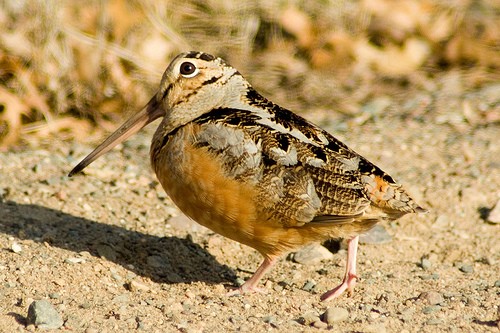 The American woodcock is the only bird on this, and is a must-inclusion among the slowest animals in the world. Colloquially referred to as the timberdoodle, it is a small chunky shorebird. It is a migratory bird which, due to its courtship flights, is accepted as a harbinger of spring in northern areas. The American woodcocks move at a speed of 222 cm per sec. and are the slowest of birds. 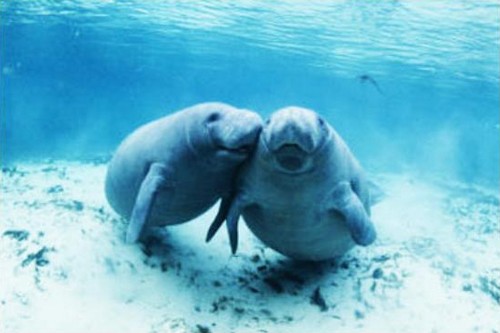 Manatees are also called sea cows. They are marine mammals who are mostly herbivorous, and reach up to a length of 4 m and weight of 590 kg. No wonder they are really slow. They have a speed of about 139-222 cm per sec approximately. They are lazy, too, as they hardly ever use their paddle-like flippers. The generally live in shallow waters, and carry their weight about by floating around. 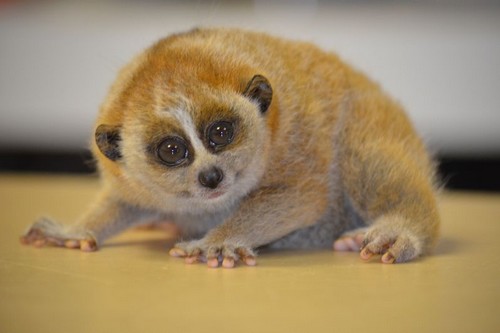 Loris is a medium sized primate, often counted among strange and hideous creatures, what with its tennis ball eyes and curiously human-like but strangely long hands. They have slow movement, at a speed of about 55.5 cm per sec. They can extract mild toxins to discourage some predators, and can lumber to avoid them. Hence, they are fearless. Oh, and they are also nocturnal, hidden in the dark. 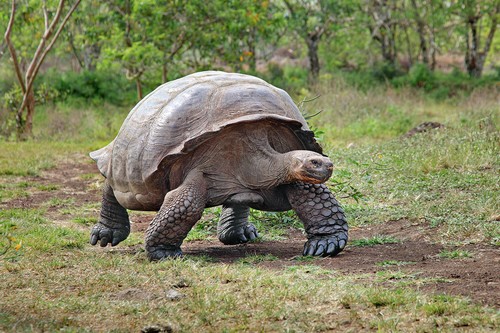 The tortoise already has an entire story written about it, highlighting its slow speed. They are the slowest reptiles. The main reasons for its sluggish movement are its heavy shells and thick legs. The slowest of the species are the Giant Tortoises with an average weight of 300 kg and length of 1.3 m. With a lifespan of 100 years, no wonder they have no real hurry to move faster than 76 cm per sec. 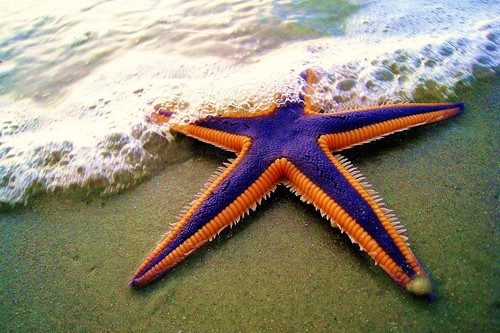 You may already know that starfish is not really a fish. There are about 2000 different species of starfishes, and their speeds vary. Their average speed may be about 0.89-2.7 cm per sec. The leather star moves at 0.25 cm per sec, while the fastest one of them, the sand star, travels at 4.7 cm per sec. For a creature that can cover 0.168 km in an hour, floating along in ocean current is the best option. 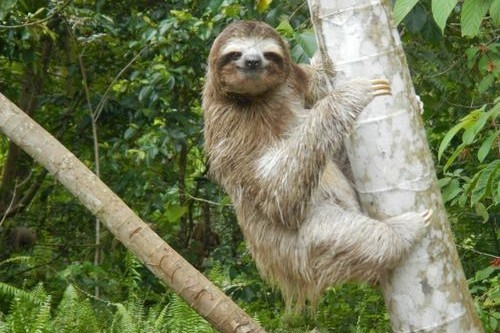 The word “sloth” is synonymous to laziness. Whether sloth, the animal, one of the slowest animals in the world, inspired the usage of this word, or it was given the name because it matches the word’s meaning, is not known to us. But, it is aptly named. Sloths have the highest speed of 3 cm per sec. Three-toed sloths, at the speed of 6.7 cm per sec, can only travel about 5.6 km in one full day. Read Also; 10 Smallest Animals. 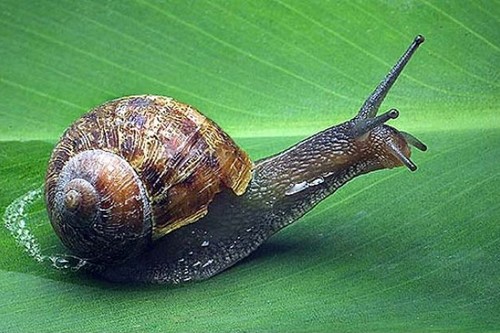 One of the slowest animal in the world is the garden snail. It is a land snail species and the most commonly known terrestrial mollusc. The slimy, slithery animal leaves behind a wet trail along its path and makes us squirm. They move at the top speed of 1.3 cm per sec. This means that it will take them 21 hours to cover just 1 km. Can you blame him? The legless creature carries his house around! 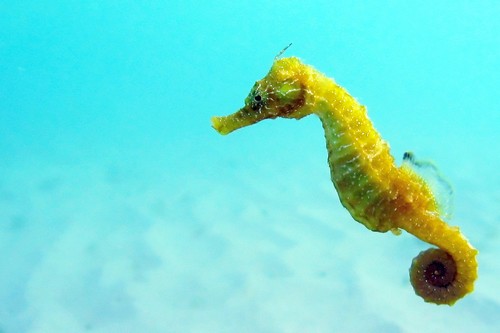 Yes, we know, the animal world is weirdly named. Seahorse is another instance. It is a marine fish that does bear an uncanny resemblance to the torso of a horse. But it definitely can’t move like one, because the highest speed at which they have been noted to move is 0.04 cm per sec. They have an erect way of swimming. Off the topic, did you know, it’s male seahorses who bear and birth babies?

Some of the other slow animals are the slugs, which fit the profile of the word “sluggish” quite perfectly, or the nematodes. As we have just realized, speed doesn’t have much to do with size, or the elephants and whales would be on this list. But one thing is evident: it is only in the animal kingdom that you could get inducted in a hall of fame for being the slowest animals in the world.