We all claim to love something be it a popular brand, gadget or fave spot. All these affections are very common however, there are some people who developed stronger affection to inanimate objects. People falling in love and marrying certain objects are known to have objectum sexuals. Most people with objectum sexual believe that objects have feelings and it is capable of reciprocating the affection of humans. See how a woman feels strong attraction to statue of Liberty while another man is enjoying his married life with his synthetic wife for thirteen years now.

10 Bizarre Romances Between People and Things.

10. Married to a Mannequin 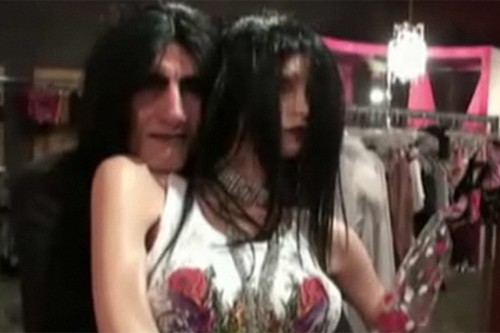 Duaveed Hakhainhaguadole, an American who had a faux wedding ceremony and married Clara the mannequin. He even called some media to record the ceremony. Most people do not take the marriage seriously however, a lot of people see Dauveed walking around in Hollywood taking Clara with him.

9. Tied the Knot to Berlin Wall 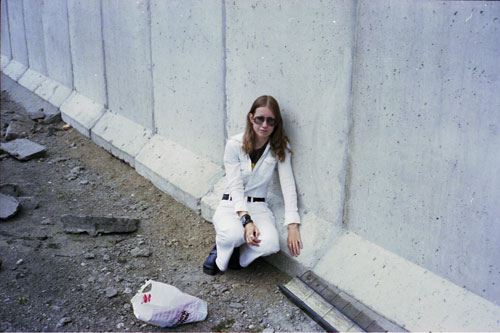 Eija Riitta, a Swedish woman who had fell in love with the Berlin Wall, the first time she saw it in the television when she was seven years old. Since then, she had collected pictures of the wall and had saved up to have visits. On her sixth visit on the wall, she tied the knot witnessed by some guests. She added Berliner-Mauer to her surname which literally means Berlin Wall. She felt horrible when the wall was torn down in 1989.

In January 31, 2010, Hermione Way, a British blogger had unofficially wed her Mac Book Pro which she fondly calls Alex. Hermione is a blogger in Techfluff.tv and according to her, she is dedicated to her laptop every minute of the day. Existing law do not allow marriage to computers but Hermione Way is expecting that it will be changed in the future.

7. Got Hitched with Amusement Park Ride 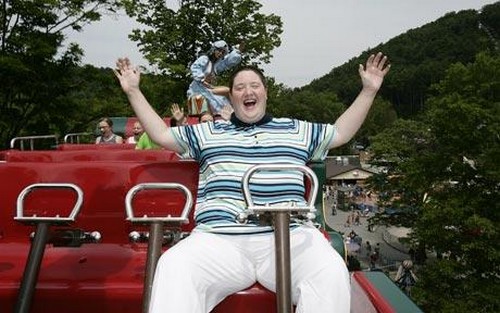 Amy Wolfe, a church organist from Pennsylvania had fell in love to the amusement park ride known as 1001 Nachts in Knoebels Amusement Park. According to Amy, she got attraction to the ride since she was 13 years old. After 3,000 rides for the past ten years, she had proposed and got hitched in 2009. Amy later changed her surname to Weber, the manufacturer of the ride. Right now, she sleeps with a picture of the ride on her room. She even carries bolts and some spare nuts to feel closer to her partner. 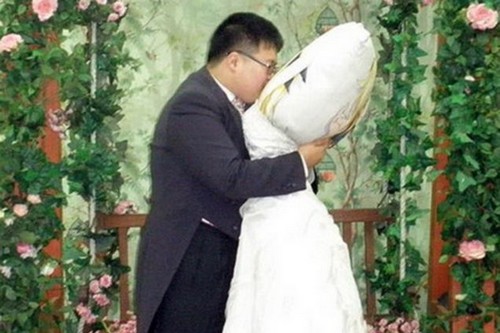 Lee Jin-gyu, a South Korean national got smitten with his huggable pillow bearing an image of Fate Testarossa. Fate is the magical girl popular in the anime series Mahou Shoujo. In 2010, Lee had married his huggable pillow covered with a wedding dress in a special ceremony held in from of a local priest. Friends of Lee said that he is obsessed with his pillow and he even takes it with everywhere he goes. 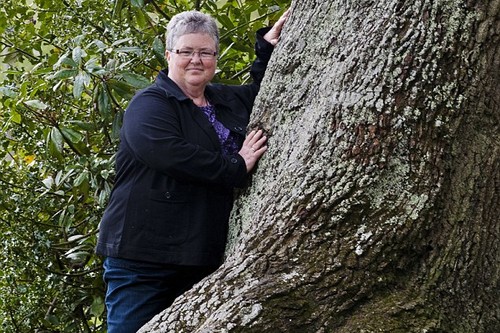 Val Theroux, a 64-year old Canadian woman frequently visited England for the past several years because she has an affair with an oak tree. The retired nurse from Kamloops annually pays a trip to Britain to hold workshops in reiki. During her trips, she always finds time to go to New Forest, Hampshire. She makes sure to spend the morning alone with the tree to hug it.

4. Status: In a Relationship with iBook 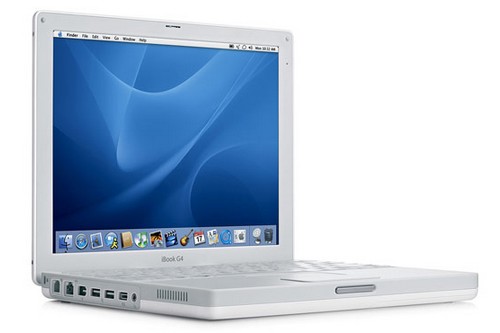 Bill Rifka is a 35, year old man who admits that he is in a relationship with his iBook laptop. Bill believes that his iBook is a male and that they are having a relationship. However, he says that he also flirts with other laptops.

3. Strong Attraction to Statue of Liberty 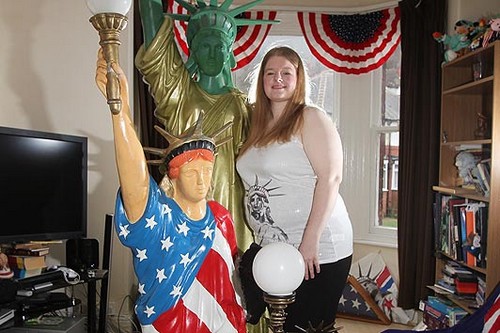 Amanda Whittaker, a British woman had admitted attractions to different shapes in the past however, her strongest attraction is to Statue of Liberty. Amanda calls the statue as “Libby” and she visited the famous landmark for five times since she fell in love with it in 2007. Her home in Leeds, England has many several monuments of Statue of Liberty. 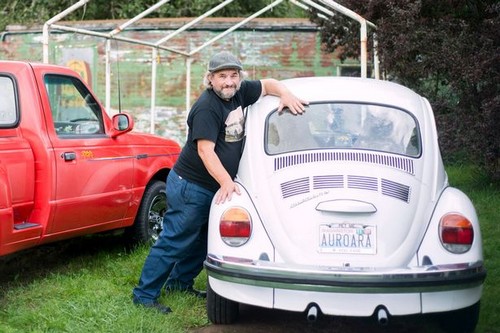 Edward Smith is known to be a mecaphile or having sexual attractions to machines. For past 45 years of his life, he had been sexually attracted to 1000 cars which include Mustangs and luxury jaguars. However, he is now committed to his long term lover, Vanilla. Vanilla is his second hand 1974 Volkswagen Beetle which he bought 30 years ago. According to Edward, some guys may look on beautiful women but for him, he looks on the front and rear of cars.

Davecat had a series of bad relationships with human however, she had fallen in love at first sight with a synthetic doll which he named Sidore. Davecat had ordered the synthetic doll for five thousand dollars from doll creator Abyss Creations. Davecat and Sidore have been married for thirteen years now and they live happily in suburban Detroit.