Bollywood is famous for its dramatic larger-than-life song and dance formula films. But outside of this territory are several films that are reality based and wonderfully inspirational, often educational too. Many of these Bollywood films were probably not commercial successful and you probably haven’t even heard of them unless you’re an Indian. These fabulous Bollywood films are termed off-beat films and are totally worth your time. 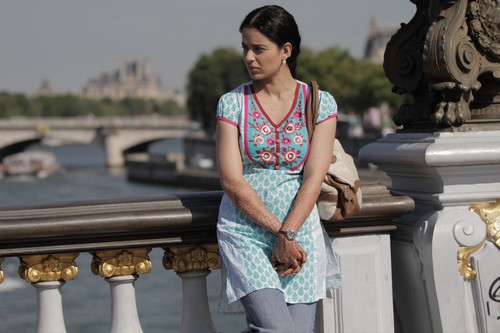 Directed by Vikas Bahl, Queen is a comedy-drama film. When Rani’s (Kangana Ranaut) fiancée calls off their marriage, she embarks on a honeymoon to Paris and Amsterdam all by herself. Widely regarded as one of the best films of 2014, it garnered critical and commercial praise. 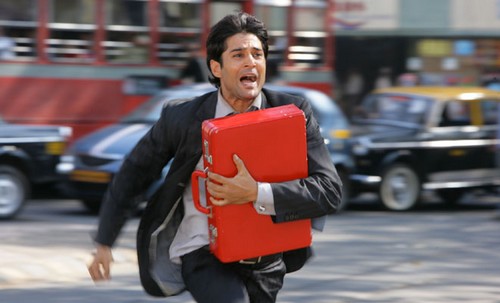 Aamir is a psychological crime thriller directed by Raj Kumar Gupta. It’s set in Mumbai, where Dr. Aamir Ali (Rajeev Khandelwal), a young Muslim doctor returning from the United Kingdom finds himself at the mercy of Islamic extremists who wants him to carry out a devastating mission.

Aamir was raved by both critics and audiences for Rajeev Khandelwal’s performance and Raj Kumar Gupta’s fine directorial work. The film was a debut work for a number of cast and crew members due to which it had a weak opening but later gained widespread word of mouth publicity and was commercially successful too. 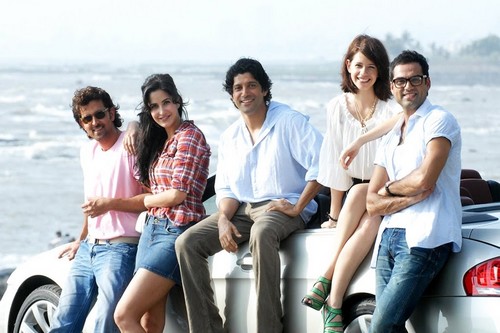 Literally meaning ‘You won’t get another life’, this coming-of-age comedy-drama is directed by Zoya Akhtar. The story follows three childhood friends (Abhay Deol as Kabir,  Hrithik Roshan as Arjun and  Farhan Akhtar as Imraan) setting off to Spain on a bachelor’s trips where they learn essential life-lessons. Shot in Indian, Spain, Egypt and UK, the film was a massive critical and commercial success. It was nominated and won awards in various categories. Zoya Akhtar has voiced her desire to make a sequel of Zindagi Na Milegi Dobara. Music and score was composed by the trio Shankar-Ehsaan-Loy. 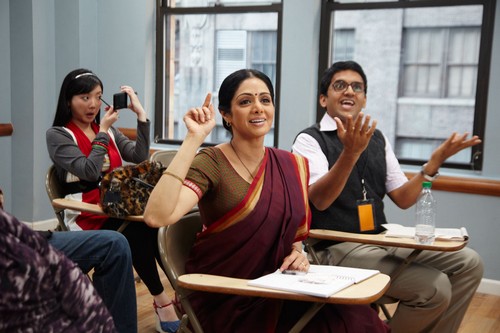 A comedy-drama by Gauri Shinde, English Vinglish is about a regular housewife (Sridevi) who decides to learn English after failing to place a simple order in a restaurant. English Vinglish marked Sridevi’s return to cinema after a gap of 15 long years.  Following the release of the film, Sridevi was hailed as the ‘female Rajinikanth in Japan’ and the ‘Meryl Streep of India’. Amitabh Bachchan had a cameo appearance in the film.

The film received wide critical acclaim and swept away a large portion of awards that year. It was shortlisted as India’s official entry for the Academy Awards in Best Foreign Language Film category. 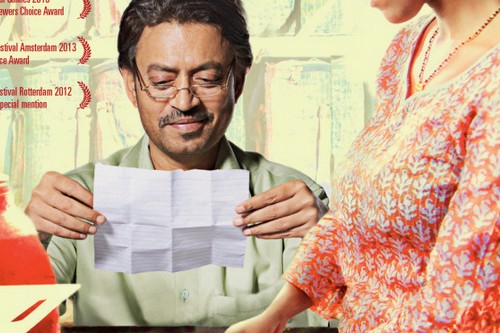 Lunckbox is an epistolary romantic film by Ritesh Batra. A lonely housewife (Nimrat Kaur) wanting her neglectful husband to take notice decides to send him a box of lunch to this workplace. The delivery goes astray and ends up into the hands of a widower (Irrfan Khan). Critics unanimously praised Lunchbox and it was nominated for the Film Not in the English Language category in the 2015 British Academy Film Awards. 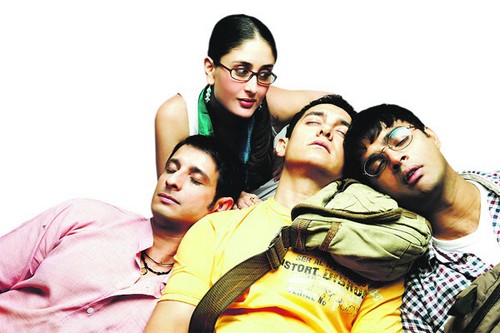 Directed by Rajkumar Hirani, 3 Idiots is a coming of age comedy-drama. The film revolves around two friends (played by R. Madhavan and Sharman Joshi) trying to find their lost buddy (Aamir Khan) who had inspired them to think differently despite the world branding them as ‘idiots’.

3 Idiots was lauded by Indian as well as international audiences. In overseas they garnered more than US$65 million becoming the highest-grossing Bollywood film of all time in overseas markets. 3 Idiots was remade and is being remade in a number of other languages. 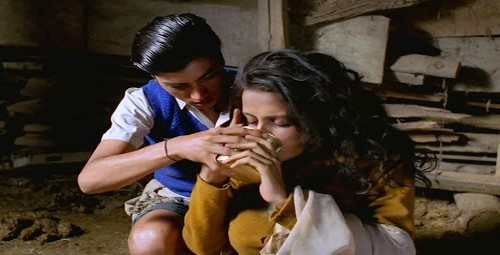 Written and directed by Manish Jha, the film is set in a village where there are no women left due to the high rate of female infanticide and female foeticide. The story parallels real-life instances where many Indian villages are largely populated by men. Matrubhoomi is like a future dystopia where gender imbalance is giving rise to bride buying and fraternal polyandry.

Matrubhoomi was widely raved and shown in festivals. At the 2003 Venice Film Festival, the film was presented at the Critic’s Week (Parallel Sections) and later it received the FIPRESCI Award. 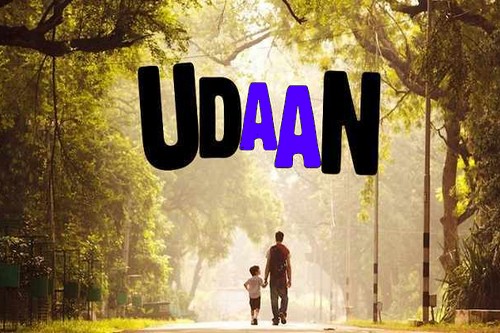 Udaan is a coming of age drama by Vikramaditya Motwane. Regarded as a cult classic in Indian cinema, the film is said to be roughly based on Anurag Kashyap’s life who also happens to be have produced the film. The story revolves around Rohan (Rajat Barmecha) who after being expulsed from school returns home to an unloving father whom he hadn’t meet in 8 years.

Udaan was officially selected in 2010 Cannes Film Festival in the Un Certain Regard (A Certain Glance) category. Udaan’s excellent music was composed by Amit Trivedi. 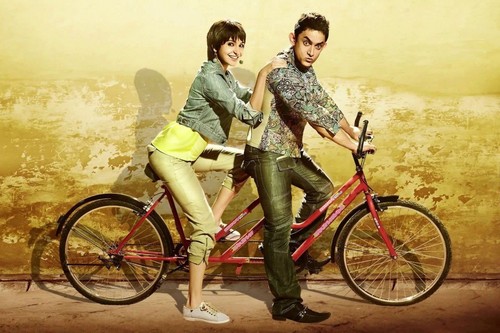 Pk is a satirical sci-fi comedy film directed by Rajkumar Hirani. It is the story of an alien (Aamir Khan) who lands in on Earth on a research mission but gets stuck. Faced with troubled circumstances he begins questioning human religious dogmas and superstitions. On its release PK had an extremely positive reception and became one of the highest-grossing Indian films of all time. The film bagged two Life OK Screen Awards and five Star Guild Awards. 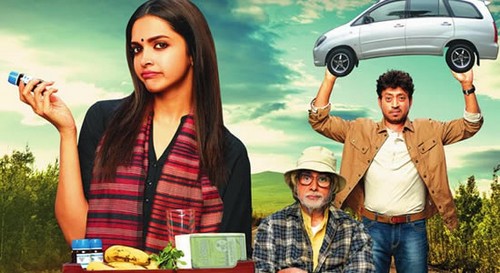 It’s a comedy drama by Shoojit Sircar. Piku is an endearing journey of a dysfunctional father (Amitabh Bachchan), his keep-up independent daughter (Deepika Padukone) and a cab driver (Irrfan Khan) caught in their crazy life when he decides to drive them to Kolkata.

Deepika had to learn Bengali so as to look natural when saying the Bengali line. Eminent Bengali actors like Moushumi Chatterjee and Jishu Sengupta were in supporting roles. Anupam Roy composed beautiful music for this film. Piku opened to worldwide critical acclaim.