We’ve all heard of the legend of Atlantis – the once great city, submerged under water, unseen yet eerily compelling. But unlike this fictional island there are several real lost cities buried under layers of water waiting to be discovered. Today we bring you 10 lost underwater cities of the ancient world that were once lost in time but has been discovered and are being explored. 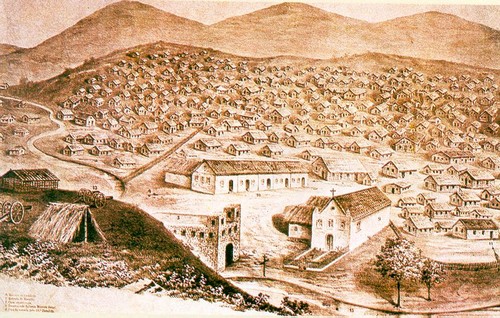 This small Brazilian town has got a quiet a history. There were suspicions that a preacher named Antonio the Counselor was organising an uprising with poor farmers and slaves against the government. After about a year of struggle with a few successes impressive resistance, when the uprising came to an end on 5th October 1897, story goes that there was only one child, one old man and two adults left. Decades later a dam was built near the town to deal with droughts but in the 1970s it ended up flooding what remained of the place. Today the revolutionary town lies at the pit of a man-made lake. 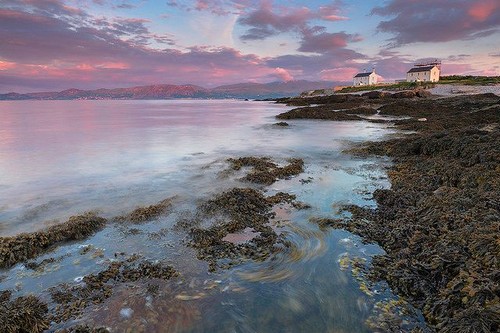 Regarded as Wales’ Atlantis, Tyno Helig is sometime considered part legend and part of it is based on reality. The story goes that a lord’s daughter fell in love with a common man. The man wanting to be with his love and he made a plan. He stabbed a nobleman on his back and stole his gold collar. He came before the lord and told him that he won the collar in a fair fight and married the woman he loved. On the night after the wedding the noble man’s ghost came and cursed the couple. Generations later the curse started to take effect when the waves slowly gulped the castle where they lived. Today some say the castle tops are sometimes seen peeking out from the water. 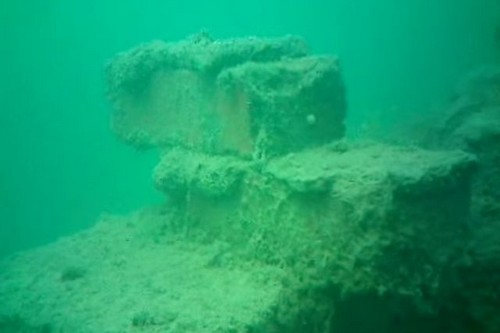 Located in the murky depths of Dale Hollow Lake, the once thriving town – Willow Grove got its name from the trees that bordered the area. The town had everything you’d expect to see in a town, church, grocery store and apparently one of the largest schools in the area. During the World War most of the men went to the frontiers and died. Soon the government set their eyes on the picturesque place and began building dams. Later the area got flooded and today bows the Willow Groves sit in the bottom of a crystal clear lake.

Dunwich was a port city and was once a religious centre where Christians came to set off for the Crusades. Now a tiny fishing village with only over a 100 people, Dunwich was once the 10th largest city in England almost as big as London today. For long the city had been dealing with rough weather and at one point it resulted in serious erosion. By the 15th century the once thriving city with its cathedrals, houses, and port structures was washed under water. 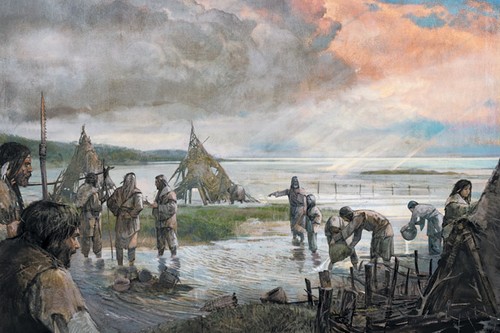 In ancient times, the Doggerland was home to Mesolithic tribes in the North Sea. Now a mere speck, once they were a continuous mass of land joining England with Europe about 20,000 years ago. Historians call the Doggerland the north’s Garden of Eden where life (both human and animal) was on its full swing, until the sea level started rising and swallowed large chunks of the land masses. Before the flooding, Doggerland was largely occupied with fishermen and hunters. 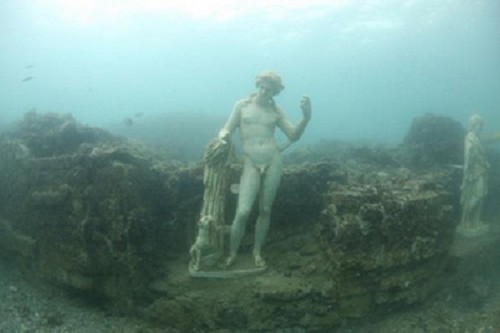 An ancient Roman city that was something like the vacation homes of the rich and fabulous. Sitting on a series of volcanic vents, the city had a number of hot springs and this constant source of water was partly responsible in making the place popular. When the water started to rise, fate of Baiae kind of became inevitable. Its visitors found new cities to splurge their golds on. A great number of ruined monuments are found including the Pisonian villa which Emperor Nero had seized in the first century BC from a family who had been plotting to kill him. 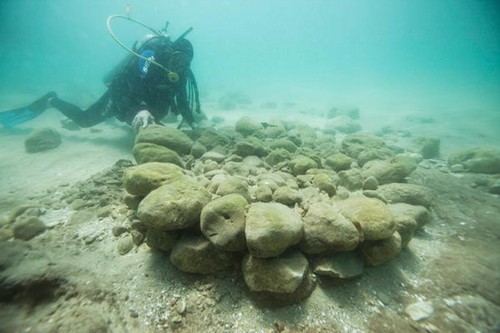 A number of Neolithic settlements located along the Carmel coast are called the Atlit-Yam. A sprawling site built between 7,550 and 8,000 years ago there still remain foundations of houses and roads and wells. The city was wiped out when a sudden Tsunami caused by a volcanic eruption swept the whole city away. In the middle of the city there is a devotional place where supposedly the water spirit was worshipped. Around 65 skeletons an remains of men, women and children who died from tuberculosis which is believed to be one of the first mass deadly disease to sweep the ancient civilisation. 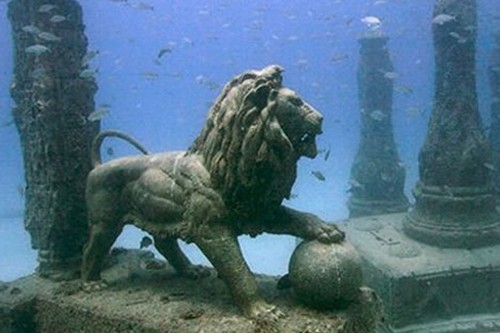 A fairly recent discovery, the Gulf of Cambay was discovered quiet accidentally when an organisation was testing water bodies for water pollution. Following its discovery historians are rethinking if this is the oldest city on Earth, older than the Harappan and Mesopotamian city. Human skeleton and teeth had dated the Gulf of Cambay nearly 9,500 years old. Some even believe that the founder of Harappan civilisation were actually descendants of Gulf of Cambay who left the city before it went under the sea. 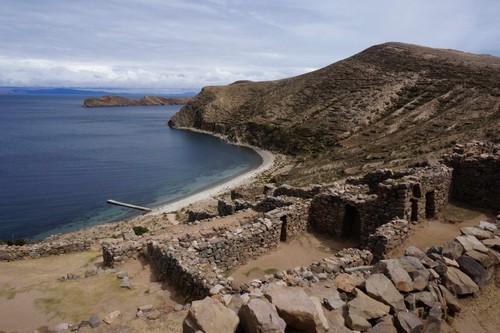 Lake Titicaca has got quite a mysterious air about it and many locals consider the place sacred. Sitting at the bottom of the lake among other things is a temple, terraces, roads around 1,500 years old pre-dating the Incas. According to Incas lore the city was called Wanaku and was kind of a deposit bank for stolen gold and treasures by Spanish kings but the treasures were lost in time. After making around 200 dives, the divers from the Akakor Geographical Exploring have recovered several artifacts like stone statues and vessels, gold fragments, bones etc. 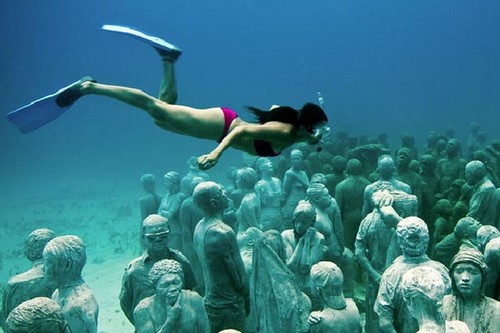 The foundation of the city was laid over 1,300 years ago and the place thrived for the next three hundred years. The city is believed to have belonged to the Ming and Qing dynasties who started ruling China from 1368. Interestingly the city began to decline after efforts were made towards progress. After the Xin’an Dam and a huge hydroelectric power station were installed. Today sitting beneath 40 meters of water the city walls, gates and statues are magnificently well preserved.