Forests are the home to 80% of our terrestrial biodiversity. From flora to fauna, a wide range of known and unknown species reside within the foliage which cover only 30% of the world, besides providing resources to 1.6 billion people, alongside fulfilling the basic needs for the creatures on earth. Unfortunately, our forests are on the verge of collapsing. Many factors contribute to the rapid destruction of forests, much of which is man-made. To spread the awareness, Conservation International released a report in 2014, ranking the most endangered forests in the world. So, let us take a look at the Top 10 Most Endangered Forests in the World.

The World’s 10 Most Endangered Forests Hotspots: 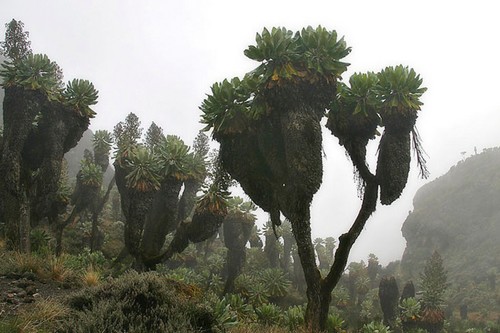 Located along the eastern edge of Africa, from Saudi Arabia in the north to Zimbabwe in the south, the Eastern Afromontane is home to flora like Podocarpus, Juniperus, bamboo, Hagenia, etc. Essentially, it consists of tropical, subtropical moist broadleaf forests, montane grasslands and shrublands. It also harbours a variety of mammals, birds, and amphibians, with 617 fishes in the lakes. But, the expanding agriculture, especially large crop plantations like bananas, beans, tea, etc., growing bushmeat market and increasing population have reduced it to 11% of its original habitat. 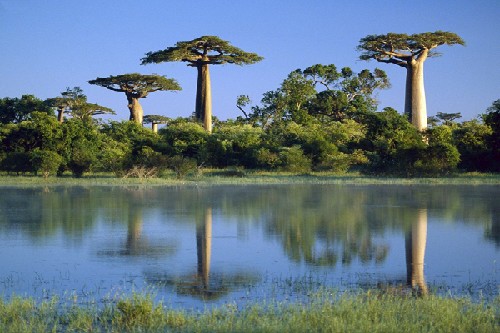 Cut off from the African mainland, Madagascar & Indian Ocean Islands do not share the animal group endemic to Africa, despite the close proximity. It consists of tropical and subtropical moist broadleaf forests. It is home to over 50 lemur species, along with other exquisitely unique range of animals, insects and plants in the rainforests, most of which are in the face of endangerment in this economically disadvantaged region, with high population, non-sustainable agriculture, hunting and timber extraction, and industrial and small-scale mining, leaving only 10% of the original habitat surviving. Over half the population here does not have access to the rich fresh water resources. 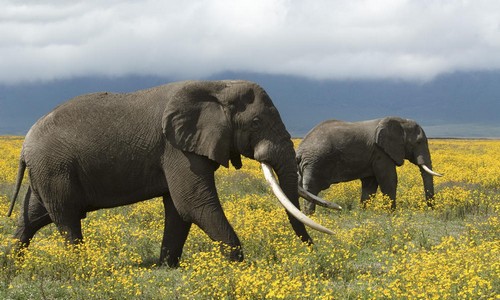 The Coastal Forests of Eastern Africa may be tiny and fragmented, but the remnants comprise tropical and subtropical broadleaf forests, as well as flagship species, including three endemic monkey species, i.e. the Tana River red colobus, the Tana River mangabey and the Zanzibar red colobus. Hunting by immigrants is one of the major threats to the animal species. The biggest threat, however, is agricultural expansion. Subsistence agriculture and commercial farming have taken up all but 10% of the original habitat, particularly due to poor soil quality and an increasing population. 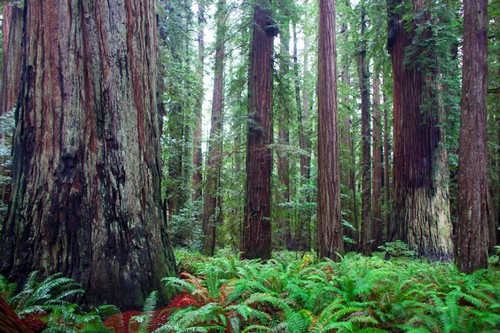 The California Floristic Province of North America has a Mediterranean-type climate. The tropical and subtropical broadleaf forests are the abode of the giant sequoia, the planet’s largest living organism, as well as its close relative, coastal redwood. The largest avian range of the US, including California condor, the largest North American bird, breeds here. Many large mammals have gone extinct. Commercial farming, alongside the expanding urban areas, pollution, and road construction, are all major threats, and barring about 10% of the habitat, have degraded the rest of the terrain. 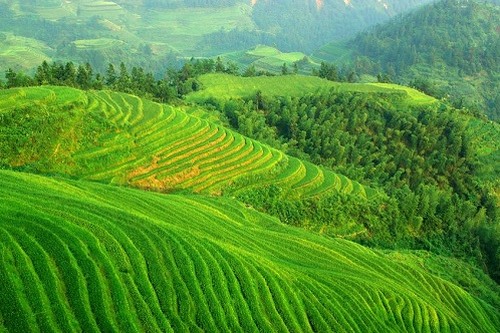 The Mountains of Southwest China in the Asia-Pacific region, with the temperate coniferous forests support a wide array temperate flora, and the endemic species include the endangered giant panda, entirely restricted to these shrinking forests, the red panda, a smaller relative of the giant panda, and many species in the river systems. Illegal hunting, overgrazing and firewood collection are some of the primary threats to biodiversity here. The construction of the Three Gorges Dam, the largest dam, along with other dams on the rivers, have destroyed all but just 8% of the original habitat. 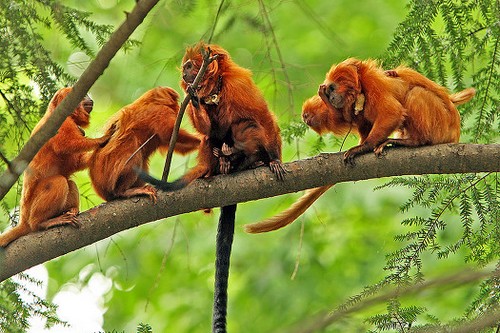 The Atlantic Forest extends along the Atlantic coast of Brazil, to parts of Paraguay, Argentina and Uruguay, including the offshore archipelago of Fernando de Noronha and other islands off the coast of Brazil. This tropical and subtropical moist broadleaf forests comprise 20,000 plant species. Over 24 Critically Endangered vertebrate species, including lion tamarins and six bird species, are found here. Sugarcane and coffee plantations, with Now, with the increased expansion of Rio de Janeiro and São Paulo’s urbanization have threatened the region, except about 8% of the original habitat. 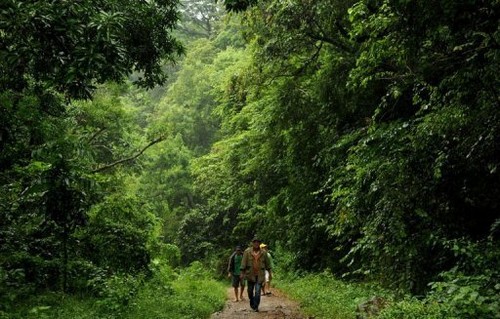 The Philippines hotspot spread across more than 7,100 islands. Over 6,000 plant species can be counted in the tropical and subtropical moist broadleaf forests, and there are many bird species like the Philippine eagle, the second-largest eagle in the world, as well as amphibian species like the panther flying frog with adaptations for gliding, such as extra skin flap and webbed fingers and toes, etc., found here. The place is being rapidly cleared for farming and the accommodation of the rising population, besides being logged for timber products, leaving about 7% of the original habitat. 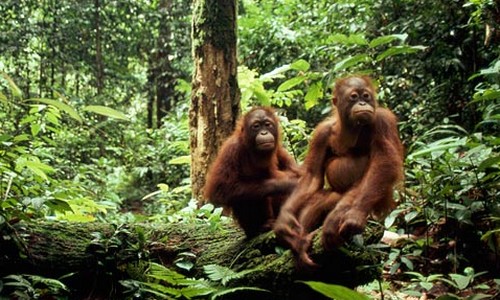 The Sundaland hotspot spreads across the western half of the Indo-Malayan archipelago of 17,000 equatorial islands, including Borneo and Sumatra. The tropical and subtropical moist broadleaf forests’ fauna include an orangutan unique to this region, as well as two Southeast Asia rhino species. Industrial forestry and international animal trade for food and medicine claim the flora and fauna here. Commercial uses like rubber, oil palm, and pulp production, along with illegal and unsustainable logging and non-timber forest has left only about seven percent of the original extent. 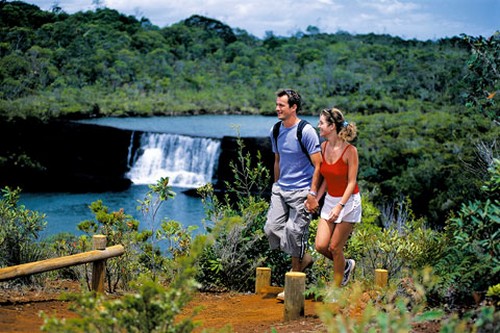 New Caledonia is one of the smallest hotspots, located in the group of islands in the South Pacific at the southern extremity of the Melanesian region, east of Australia. The tropical and subtropical moist broadleaf forests house at least five endemic plant families, including the world’s only parasitic conifer and nearly two-thirds of the Araucaria trees. The fauna includes endangered species like the distinctively crested kagu, the only surviving member of its family. Nickel mining, forest destruction and invasive species threaten the flora and fauna, with only 5% of its original habitat remaining. 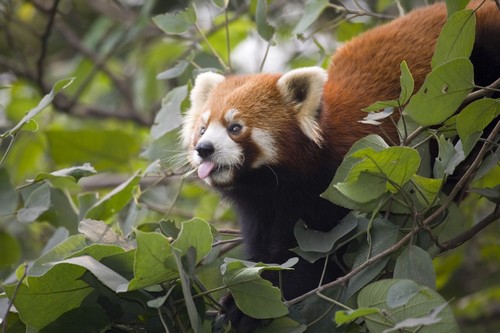 The Indo-Burma hotspots in the Asia-Pacific region, with tropical and subtropical moist broadleaf forests, have birds, freshwater turtles and fish species, including some of the world’s largest ones. Aquatic ecosystems comprise giant catfish and Jullien’s golden carp. While draining for wet rice cultivation destroy freshwater floodplain swamps and wetlands, dams flood sandbars and other habitats of fauna. Shrimp aquaculture ponds, overfishing and other fishing techniques, replacing mangroves, have destroyed coastal and freshwater ecosystems, leaving 5% of the original habitat.

To clear space for agricultural land, mineral exploitation and sprawling urban areas, humans are indiscriminately destroying forests, forgetting in the process that it isn’t just trees, animals and microorganisms, but the humans, too, who depend directly on forests basic needs, like clean air, stabilized climate, healthy soils, medicines, crop pollination and fresh water. While the whole subject might have almost become a cliché, but that also goes to say that the deterioration of the environment is a pressing issue. It is time to take notice and do our bit, even if it is only at microscopic levels.

You May Also Like:
10 Most Amazing Things In Nature.
10 Cute, Beautiful BUT Dangerous Animals.
10 Most Unusual Animals on the Earth.
Top 10 Smallest Living Animals.
Top 10 Fastest Animals in The World.