Today, many movements are pursued all over the world to ensure abolishing of death penalty, and for the implementation of humane methods of punishment, as well as the conditions of those sentences to do their time. However, the case was not the same in the medieval times. At that time, some highly painful methods of punishment and torture were devised. Let us take a look at 10 Most Frightening Torture Devices that Could Kill. 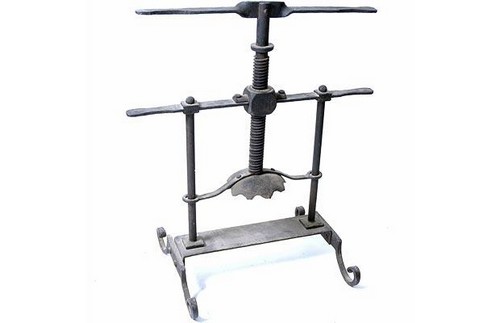 The Head Crusher was exactly what the name suggests. It used to crush the head of the victim. It had a metal plate, connected to a metal cap by a frame, which was placed beneath the jaw, with the cap, on the head. The cap descended when the screws were turned down, till it slid over the head, to slowly crush the skull, facial bones, jaw and teeth. While its main purpose was to disfigure, but very often, it killed the tortured. In fact, death would be more humane than surviving this slow torture. 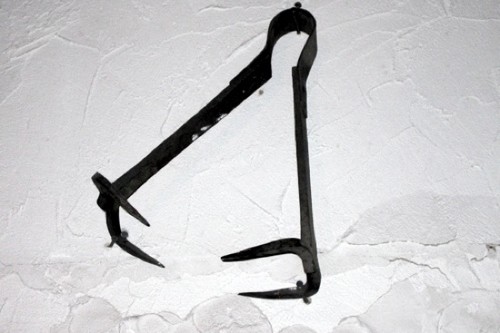 In 16th century Bavaria, the Breast Ripper was specifically designed to punish women accused of blasphemy, heresy, abortion, adultery, or any action which awoke the hatred of the torturer in front of their children. It had iron claws which, when red hot, were clamped around the exposed breasts of the woman, the spikes digging into the flesh. As the name suggests, the tool then literally ripped the breast off. Initially devised to disfigure, the blood loss or the infection afterwards killed her. 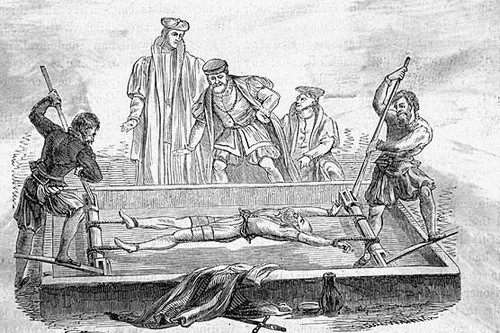 Crocodile Shears were iron pincers, with spikes lining the metal tube inside the device, and looked like a crocodile’s mouth. They were designed to mutilate anyone for attempting the assassination of the king. Though it was also used on fingers, mostly, the victim’s penis went into the mouth of the crocodile, as the jaw clamped down on the appendage, puncturing or even tearing it off. These were many frightening torture devices, by causing arterial damage and blood-loss. 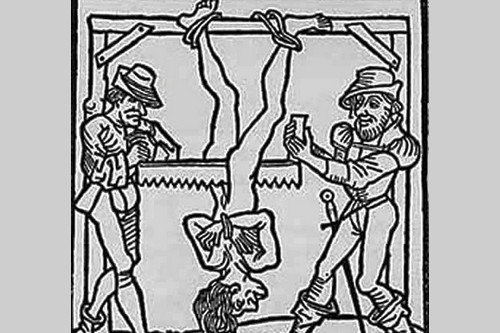 The Saw Torture was made to torture and kill a person. In this, the one being tortured us hung upside down, so that the blood would be diverted to the head and leave the person fully conscious of his prolonged and painful torture. The easily available saw was used as a life-threatening torture device to kill the victim to cut the person up to the abdomen, leaving him to fully experience agony and humiliation until death. As a symbolic gesture, some victims were cut completely in half. 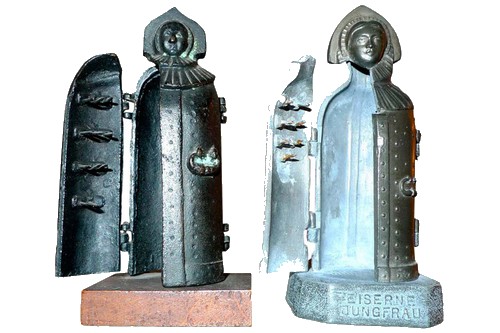 Also called The Virgin, and in German, Jungfer, Iron Maiden was a life-threatening torture device that could kill. It was an iron cabinet with a hinged front, and its size was sufficient to enclose a person. The interior was studded with short spikes, and once the victim was inside, he would be incapable of movement, with the spikes impaling him and leading to slow fatality, while the torturer interrogated from outside. Researchers found this device and its variations in 1800 European castles. 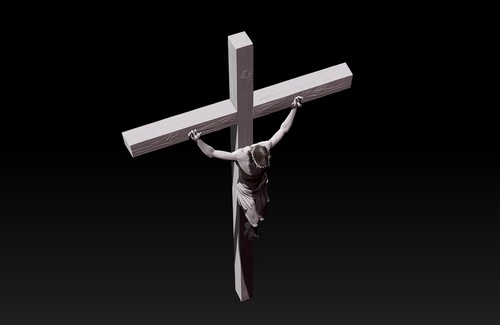 The antique torture device of Crucifixion still prevails in some countries. The most well-known example of the application of crucifixion is the execution of Jesus Christ. It is an agonizingly slow method of execution, with the condemned person being tied or even nailed to a huge cross made of wood. The person would then be left there like that. Tiredness would take of the body of the person, and the muscled would undergo immense pain. He would be left to die, which could even take days. 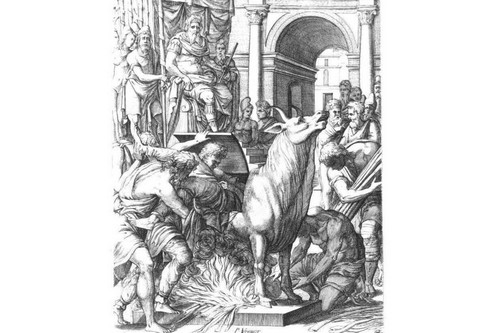 Also known as the Sicilian Bull, the Brazen Bull was an ancient Greek device, made of a solid piece of brass, with a door on the side to open and latch. The victim would be inside the bull, while there would be a fire set beneath it, slowly turning the bull yellow with heat, thus roasting the person inside. As the victim would start to scream in pain, it would sound like the bellowing of the bull, because, for special effects, the bull had tubes designed to amplify the sound of the victim inside. 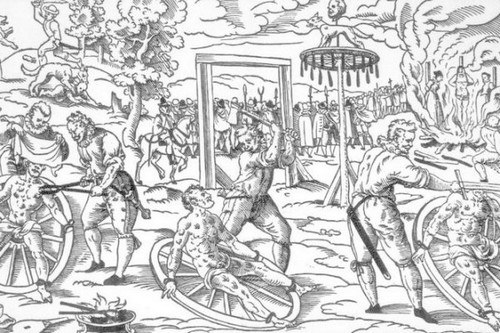 Often a part of a stretching rack which was torture device for inflicting pain, medieval torturers devised Breaking Wheels, also called Catherine Wheels. These wooden wheels had a person tied to it, and then it was pushed down to the hillside, or mounted to an A-frame. The wheel was then swung across fire, spikes or something undesirable, or turned on an axle, while the torturer smashed the bones of the victim, I public. He would then be left to die of pain, dehydration and bird attacks. 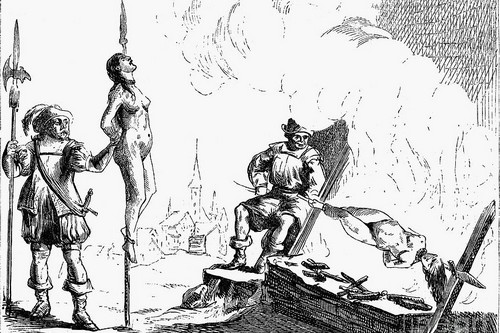 In 15th century Romania, Impalement was a torture device where a victim had to sit on a sharp, thick poles, i.e. the Impaler, and he would slide down the pole by his own weight. The pole would often emerge through the sternum, as its tip would reach a position under the chin, preventing the person to slide any further. As a result, the process could take up to three days for death to relieve the victim of his pain. Vlad is said to have impaled 20,000-300,000 people, while enjoying a meal. 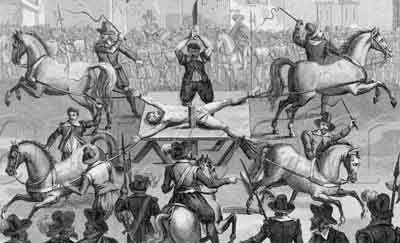 During the medieval ages, to punish treason, England used the gruesome torture method in which the punished was hanged, drawn and quartered – in public. The person would be dragged to the place of execution in a hurdle, or a wooden frame, where he would be Hanged to a near-death state. The Drawing process him being castrated and disembowelled, and his innards and genitalia being burnt in front of him. He would finally be Quartered, i.e. divided to four parts, and beheaded.

There were many other Frightening Torture Devices that could kill, like the Guillotine, the Torture, Cage, etc. These were used to punish those accused of not only huge crimes, but also those accused of theft, adultery, blasphemy, abortions, miscarriage, etc., or even the homosexual people of the society who were considered criminals.

Hope you enjoyed reading ‘10 Most Frightening Torture Devices‘. Here are some other lists, you may also like them: