There are so many things that life can offer them- girls, money, career opportunity, love from the family and entertainment- yet they choose to become terrorists. Why young people become terrorists? 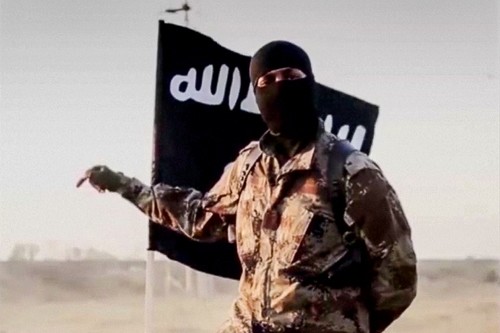 Many of the young boys that are susceptible to hiring by the terrorist organizations have had any traumatic experiences in life that leaves their self esteem damaged. Out of the many reports of missing young men, it is noticeable that many of them have been targets of ostracism, slander or over-protection by the family. They are either too sensitive or too intelligent. The smoothness of this world does not appeal them. What happens in this world is not enough for them. They look for more. They look for answers. Answers that their family members are unable to provide. They ask themselves “who am I” and it happens that they are just ordinary beings with no specialty about them. When young people become terrorists, they seek this specialty. They are looking for an identity. Something beyond their name and family. Terrorists have come from “at-risk” populations like Richard Reid; the shoe bomber and Umar Faruk; the underwear bomber.

Suppose a boy is living in affluence with parents providing for everything. There is no meaning in his life. There is nothing to strive for. He is looking forward to go to college but he feels like he doesn’t belong there. What is next? Psychologists and their related research has argued that terrorist organizations are attractive to the vulnerable portion of the society. There is a strong sense of affiliation when the young people join their “brothers in faith” as each action is watched upon and each action is appreciated. Every talk, every thought is sought after by the “elders” in these organizations. A person who has had no real meaning in life now has a defined purpose. Instead of just being a passive supporter of the cause, he is now an active terrorist.

Look around yourself, tune in to some international news channel. The headlines are flooded with talks about Syria, Libya, Iraq, ISIS, Gaza Strip, Kashmir and Lebanon. Everywhere Muslims are being slaughtered like vegetables. Be it Russian bombs or Saudi Air Force, everyone takes privilege of killing the “terrorists” during which innocent civilians are also killed. Organizations that recruit terrorists around the world use vengeance as an impetus to drive passion amongst their recruits.

“It is a war against Islam” is a take home phrase for people belonging to the HR department of these organizations. Georgetown Professor Bruce Hoffman has suggested that these people present jihad as being the only means to correct what it wrong. They inculcate hatred for the West in the minds of young people. 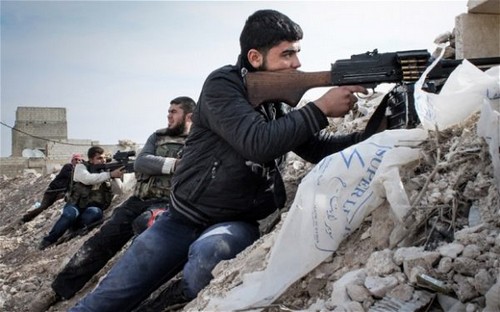 According to a study conducted by the United States Institute for Peace, out of 2032 interviewed young terrorists, 101 or so joined out of boredom. Occasionally, teenagers will alienate themselves from the world around them and turn to technology and video games that would involve fighting and wars. This medium would present jihad as glorious and powerful. Ultimately, these kids will join organizations in order to kill their nothing-to-do-ness for a cause that they think is just.

Ed Macy identifies three types of warriors in Afghanistan after 2001. The last of which were those who did it just because they had nothing else to do with their lives. They were used by the greater forces prevalent in the fight. This type of recruitment is quite common in the Gaza strip where less educated individuals join organizations because they have nothing else to do. 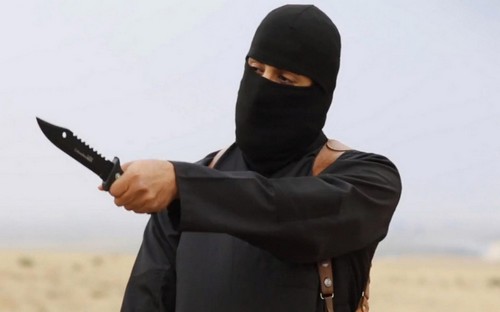 While Dan Brown mentions how the internet traffic all over the world flows through the servers at NSA, we are surprised at how this kind of information reaches boys who radicalize because of sympathizing with some group that is active on the internet. Did you know that the ISIS also has a remarkable internet presence?

So people will search for entertainment, for ideologies and cultures and for belongingness when lo and behold, they will see something that would strike them as “this is it!”

Jihad Jane attempted suicide before converting to Islam. She then spent some time surfing on the internet before she became an active terrorist. She was recruited by the al-Qaeeda which wanted her to fly to Sweden and kill the cartoonist that created a caricature of the Prophet PBUH, but was caught by FBI in 2009. 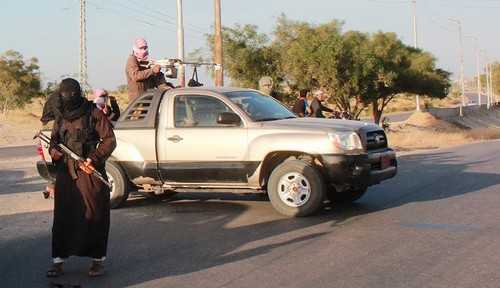 One man’s freedom fighter is another man’s terrorist, a fact that can be easily linked with the upsurge of violence in the world. There are many factors that could make people “terrorists” but it is usually very simple. Race, religion, class and ideology doesn’t matter when a group of people starts to feel disenchanted. They can easily organize themselves beneath the nose of the government that they are living under. Mubarak in Egypt underestimated the power of social media in helping the revolts organize. Though relatively nascent, Twitter, Facebook and Whatsapp! do have the energy to drive groups towards organization. How it goes unchecked we don’t really know, but when people get their ideas across these platforms it reaches thousands of people. When even a few sympathize- they are a cult. 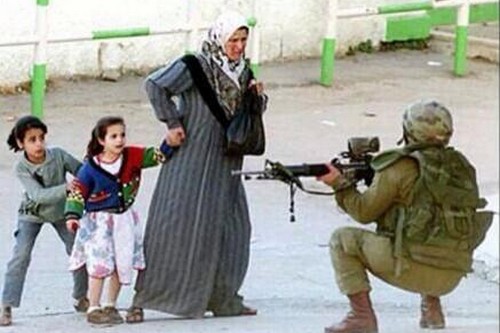 We already talked about hatred towards the West but the recruiters also exploit the very basic feelings of fear and anger. Scare a man about the force lurking beyond borders and tell him that it is coming for his sister, daughter or his mother and then see how he reacts. A man will die for his honour and in the Islamic culture, women have been symbolized as honour and dignity for centuries.
Tell a man stories of how certain soldiers in Gaza stripped a woman naked and raped her. Let him know how a certain group of men from the powerful West are desecrating the holy shrines of Muslims. Make him angry towards the forces that are fighting innocent “Muslim” civilians. Let him know that everything that is happening in the world is against Muslims and everything that the Muslims are going through is because of a conspiracy that has especially been designed to eradicate them from this world. There are literally countless philosophies about this prevalent in the world. Any one of these can strike a man. 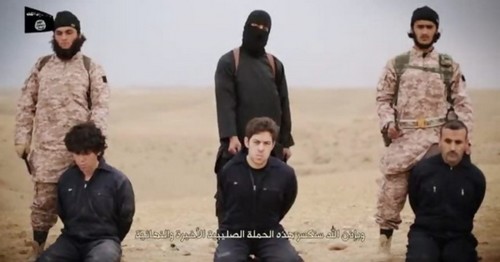 Have you come across the images presented by ISIS on social media? Black, a sign of omen, a colour of mourning exudes the power of death. It is the only colour that is most noticeable in any image that is uploaded on the web. Symbolism aside, check out some pictures showing a helpless blindfolded man in the middle of a group of armed men and then watch a video showing the same group beheading the person. What message does it propagate? Yea, power! Everything about ISIS and other terrorist groups on the internet is a show of power. It is highly appealing to the youth who have a lot of energy to spare. The raging hormones are looking for an outlet which unfortunately the age of technology is not providing. They don’t move, they don’t gym it- they lazy away on their couches, letting the frustration build up inside. That is when the recruiters strike. They watch out for boys who want to exude power. 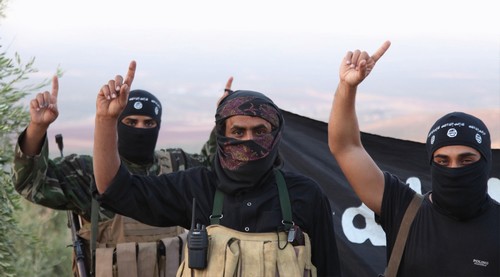 That is one of the main reasons in countries in the Eastern part of the world. The West could also show a few boys from this category but it is mostly the Asian countries that are a nursery for vulnerable poor boys. ISIS might have cut down on salary but it is paying higher than the regular army recruiters anywhere in the world. How is that for someone who has a mother dying of Tuberculosis due to malnutrition and a sister who doesn’t have enough to get married? Would a brother to seven younger siblings with a paralysed father not fall for the trap? Even if he is killed during the operations, there are programs for taking care of the family after his death. Some organizations give enough compensation to the family that could actually make them thank divinity that one of them died. Cruel yes, but true. 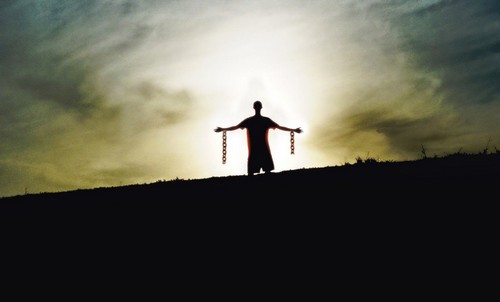 Death is an ultimate reality and the concept of life after death is a very vivid portion of the Islamic teachings. There are verses in the Quran that guarantee a place in Heaven for those who die in the way of Islam. What kind of Islam, this Islam or that Islam- that is besides the question. The recruiters will start with talks about lush scenery, plentiful bounties, never ending life, a personal palace, seventy women with beauty never seen, beverages and fruit that taste better than anything and so on. They do not mention anything about whether the way they decipher certain verses is right or not. Some recruiters are working merely for fulfilling the agenda of intelligence agencies but on the face of it, they are the “pious leaders” of the youth, the purpose of whose life is nothing but to die in the name of Islam. They use Islam to lure youngsters and use them for ill doings that are sometimes not justifiable through any verse and yet the mind is brainwashed in such a way that the young-boy-who-is-a-terrorist can’t even think otherwise.